a new development at the mineta san josé international airport (SJC) will break ground in january, where private aviation firm signature flight support has been granted rights to build and operate a $82 million private development on 29 acres on the airport’s west side. the company will service and provide a new site for the personal aircraft of the principals at google, as well as other clients in the silicon valley such as hewlett packard. designed by gensler architects, the 270,000 square foot LEED gold-certified facility will feature an executive terminal, hangars, aircraft servicing resources and ramp space for accommodating large business jets such as the boeing’s 737 business jet and boeing B767. in addition, the airport extension will create economic stimulation to the region by opening up 150 to 200 construction jobs and offering the SJC $2.6 million in annual rent. 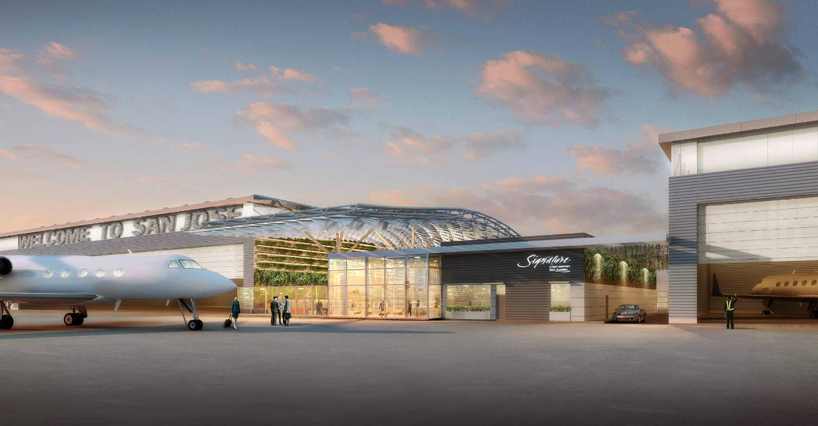 the facility will house the personal aircraft of the principals at google, as well as hewlett packard 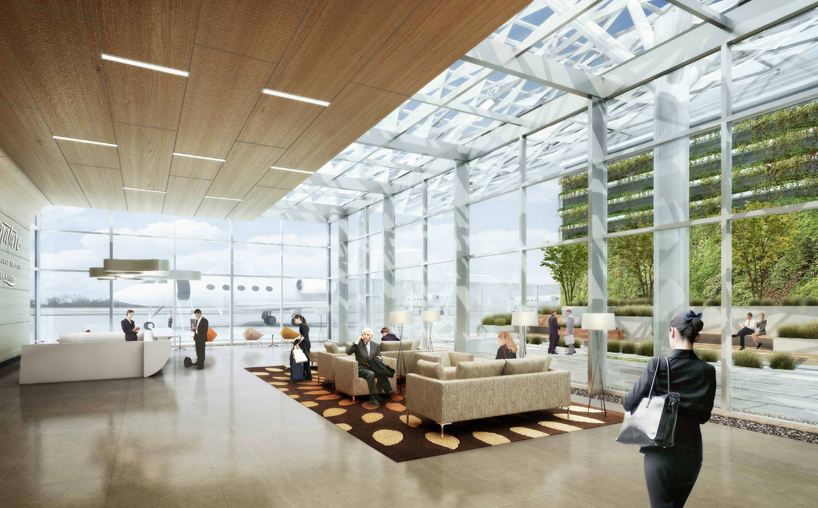