the architectural collaboration of graft and kleihues + kleihues architekten have developed ‘eckwerk’, an ensemble of buildings for living and working in berlin, germany. working also with the genossenschaft für urbane kreativität eg (cooperative for urban creativity), the design team’s proposal elevates five towers on a site-expansive plinth, which rises to the same height as the adjacent viaduct. the separated arrangement of the volumes creates internal pedestrian streets, and a general openness that connects to the surrounding neighborhood. this interstitial space is covered by a glass and steel canopy to allow for it to function throughout all seasons, while still permitting daylight.

the ‘experience path’ weaves between the buildings, promoting circulation and social interaction
image by graft and kleihues+kleihues

a distinctive element connecting the complex is the ‘experience path’, a public circulation network which weaves throughout the site. the structure is glass clad to allow views downward and outward to the city context. beyond its potential for strolling, the morphing volume also provides areas for social exchange and relaxation. 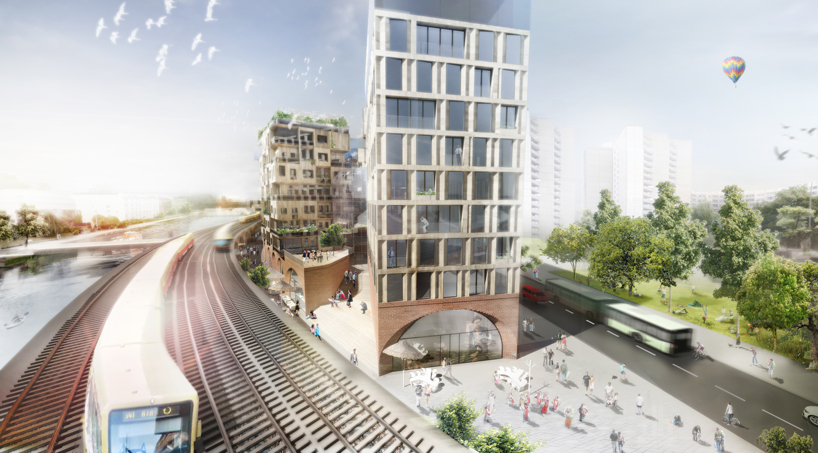 the buildings contain modular units with open floor plans and free façades, providing the potential for individual adaptation. wood exterior finishes on the towers contrast the heaviness of the plinth, while also referencing traditions of the site. 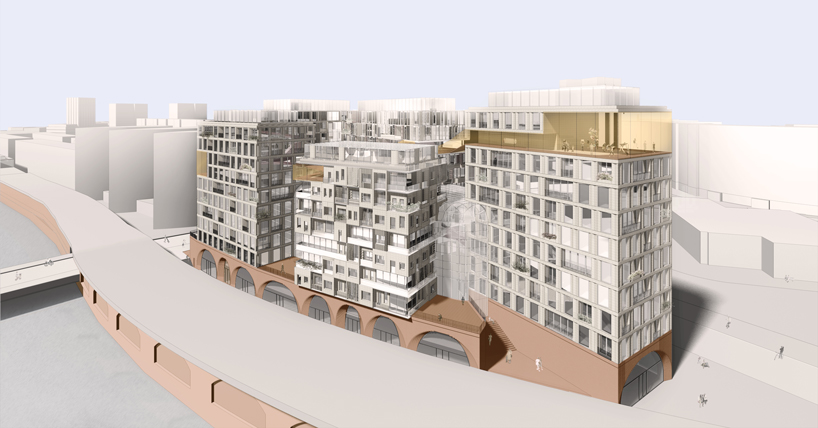 the ‘experience path’ terminates at the upper level of the complex, providing a view of the city context
image by graft and kleihues+kleihues 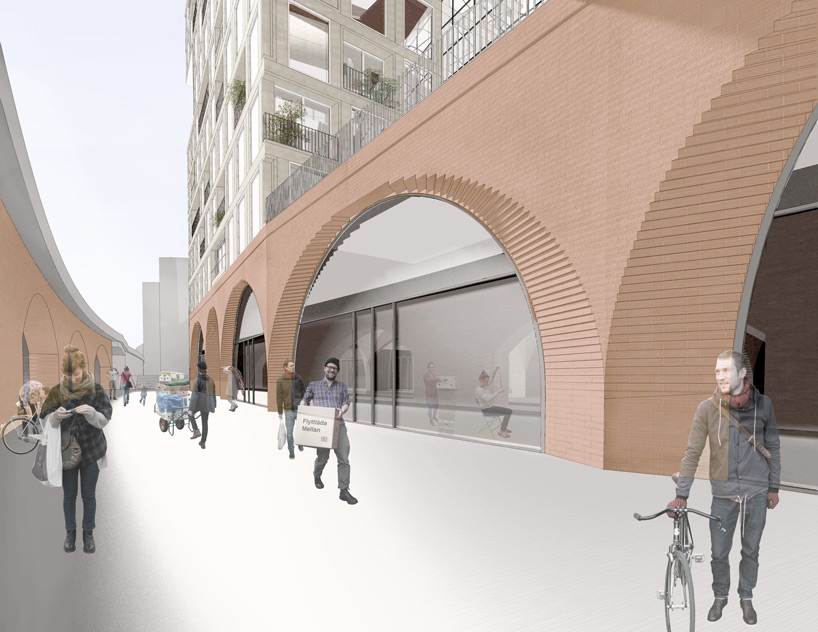 a plinth elevates the complexa to the same height as the adjacent viaduct, with programmed spaces beneath
image by graft and kleihues+kleihues 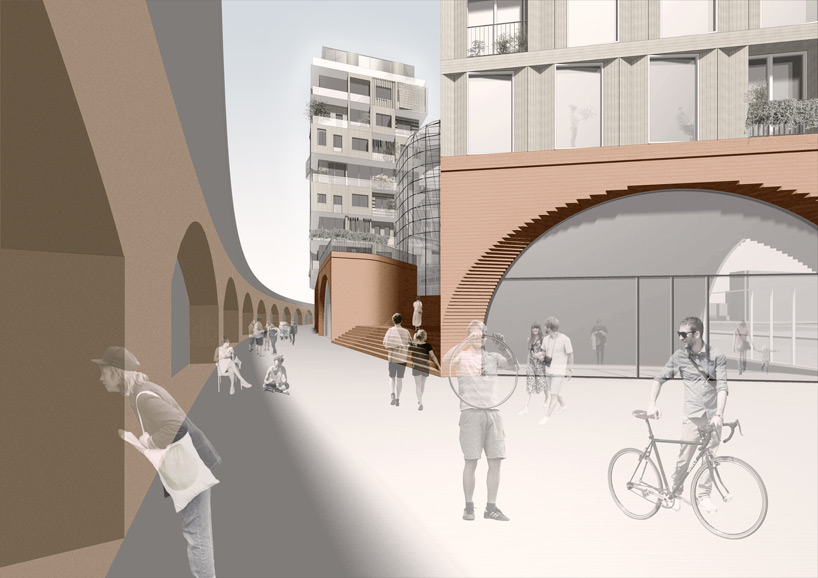