the final design for the new apassionata park in munich has been released where the full construction is estimated to take 12 months to complete. the project has been undertaken by german firm graft architects, who won the competition to develop the unique grounds featuring a show palace and 12 themed pavilions. apassionata is a highly successful entertainment show with horses, based in germany, the architecture is hoping to reflect the magical and exciting nature of the performances whilst creating a symbiotic relationship between the landscape and the world of entertainment. with the capacity to seat 1,700 people, the show palace will be the highlight and centerpiece of the 5 hectare park where the undulating envelope of the façade which lifts at the entrance mimic the dynamic and strength of the running horses. meanwhile, the pavilions around the main stage will be open all year round entertaining visitors with a horse museum, petting zoo and an interactive 360 degrees cinema. planned to open in 2016, the unique horse-themed adventure park will bring a new visitor attraction to munich whilst establishing a firm connection between nature, the animals and architecture. 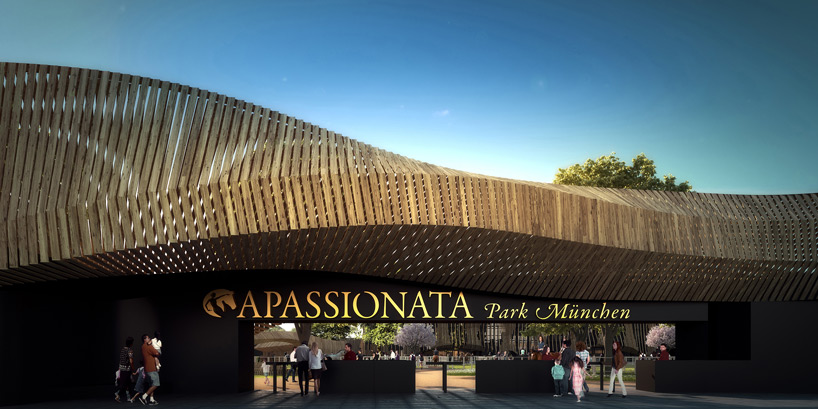 the entrance to the park

a beer garden and outdoor cafe

the design brings together animals with people and architecture with nature 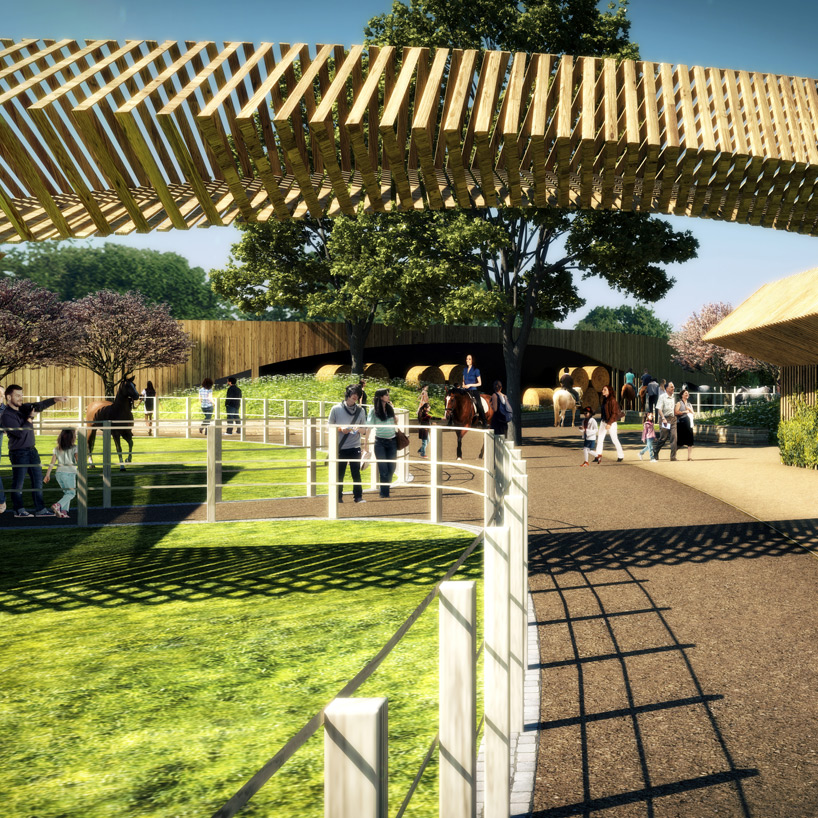 one of the pavilions sits next to the show palace 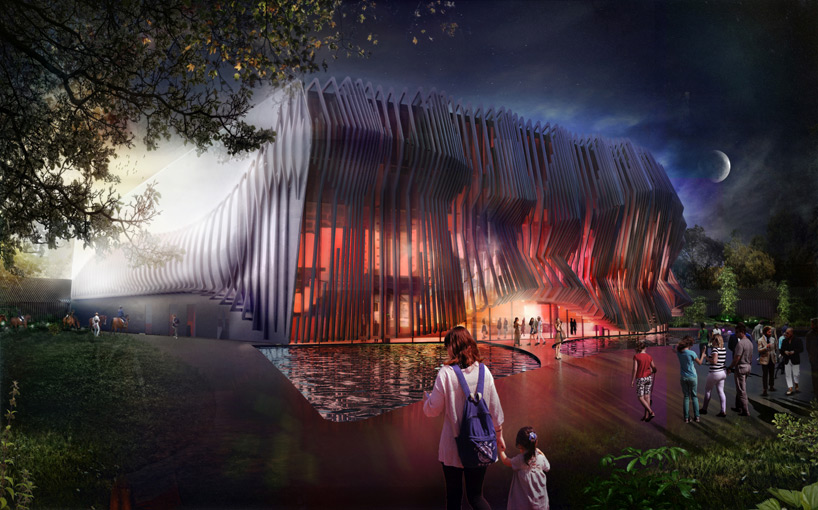 the show palace at night showing the dynamic timber façade 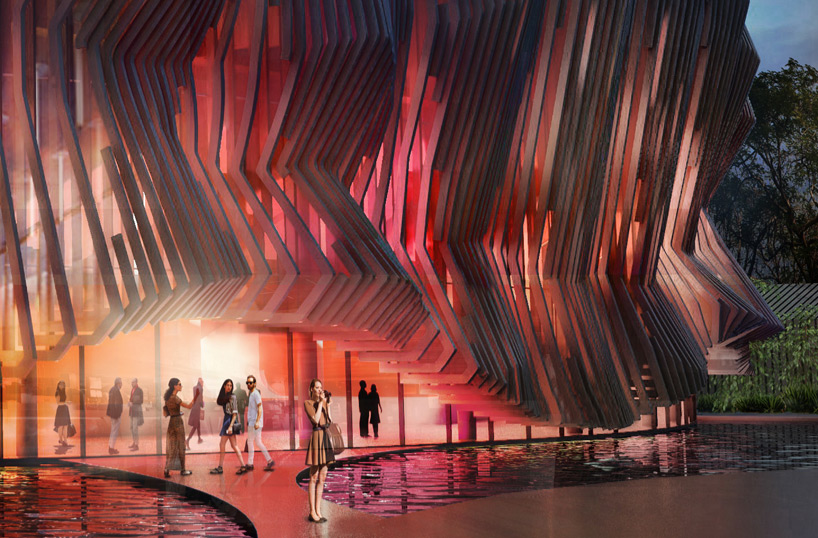 the entrance of the building is lifted 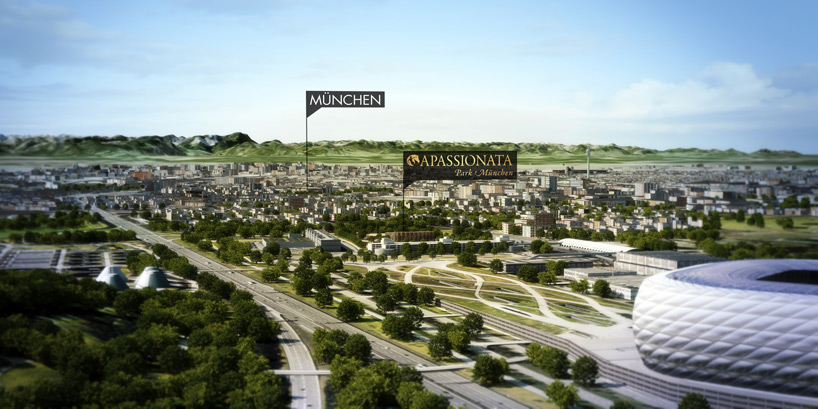 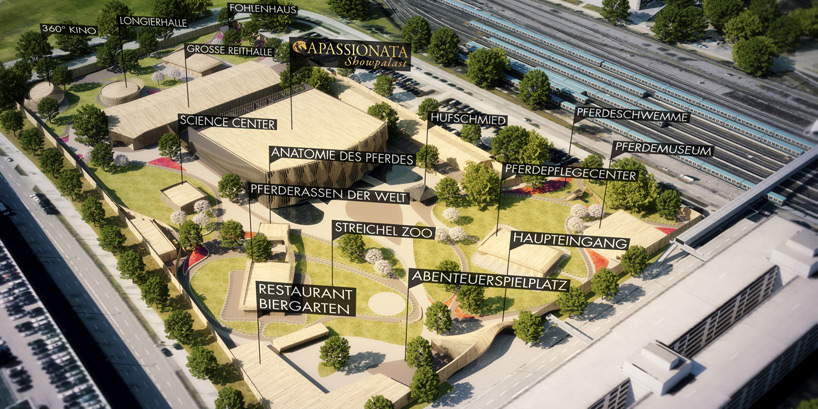