graft has completed the renovation of a historic and listed ice stadium in the schierke district of wernigerode in germany. situated at the foot of the harz mountains, the project reactivates the former natural ice-rink into a multi-functional arena. the architects were challenged with the brief of creating a structure that could accommodate cultural and sporting events throughout the year, regardless of weather conditions. 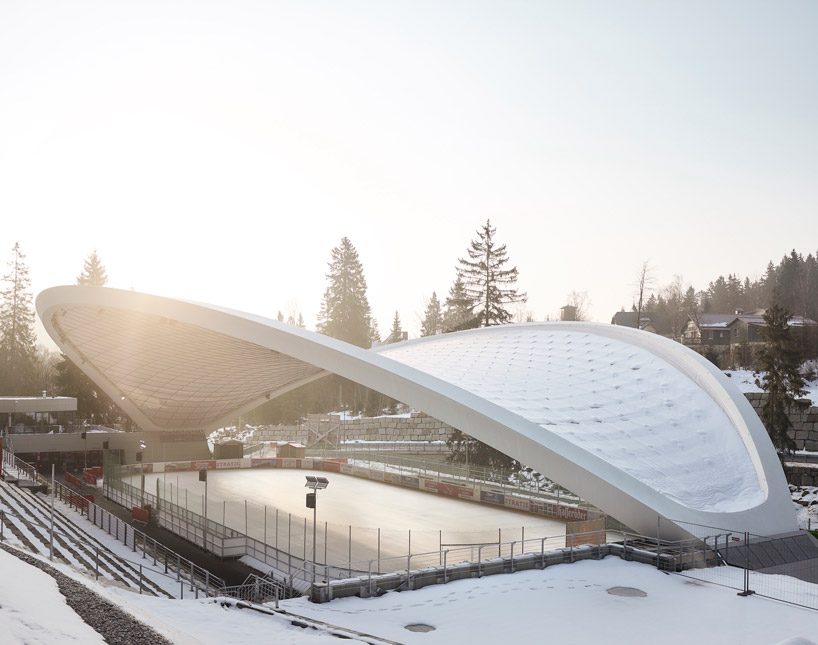 the project by graft is characterized by the dramatic roof structure that rests on the ground at just two points and provides shelter from rain, snow and sunlight but also frames a view of the mountains beyond and the sky above. the roof structure, developed in co-operation with schlaich bergermann partner, consists of a steel construction with a steel rope net covered by a PTFE membrane, covering an area of 2,700 m2. the light form aims to create an elegant architecture that complements the surrounding landscape. 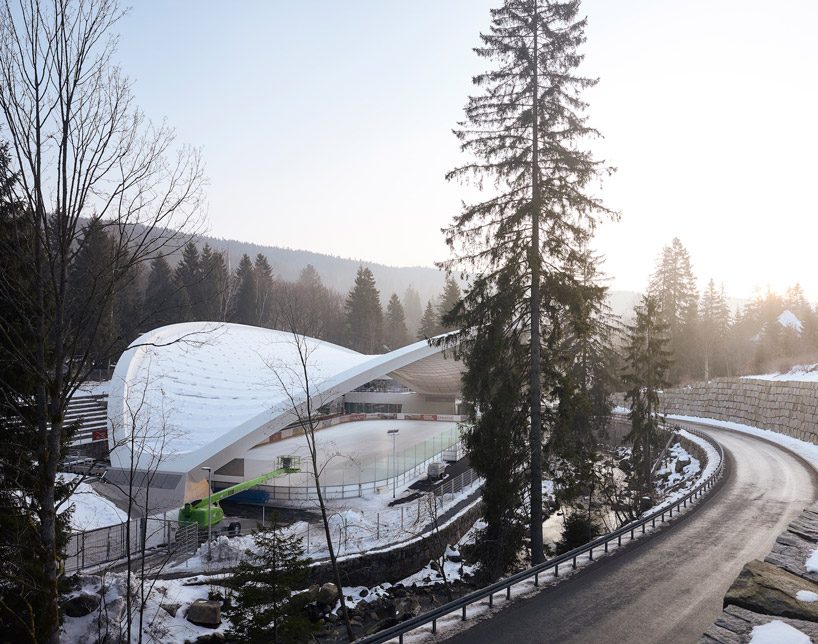 the new scheme also includes two functional spaces on the eastern and western sides of the stadium housing sanitary facilities, technical services, administration, changing rooms and places to eat. the existing natural stone terraces and listed wooden referee tower were asked to be retained and included into the new design. these buildings each encompass the foundation blocks of the roof so that they are visually integrated into the structure. overall, these elements blend into the topography and are therefore perceived as part of the landscape. 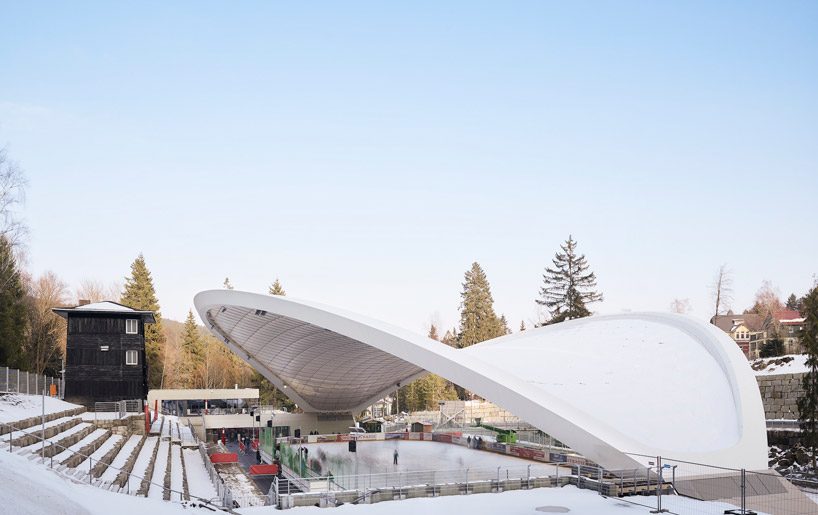 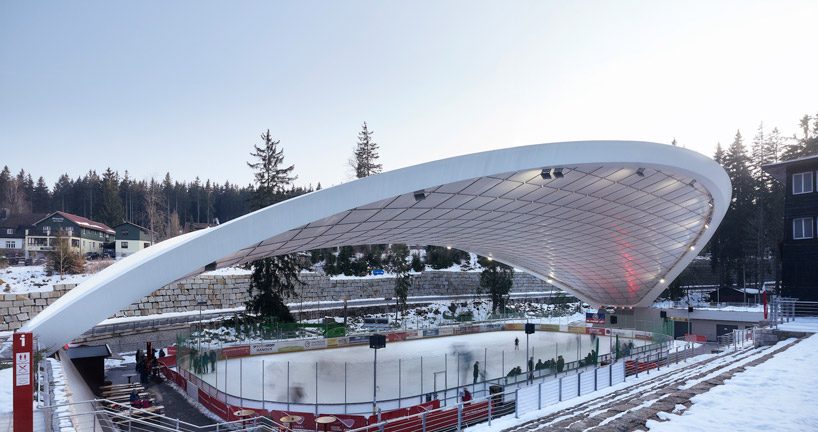 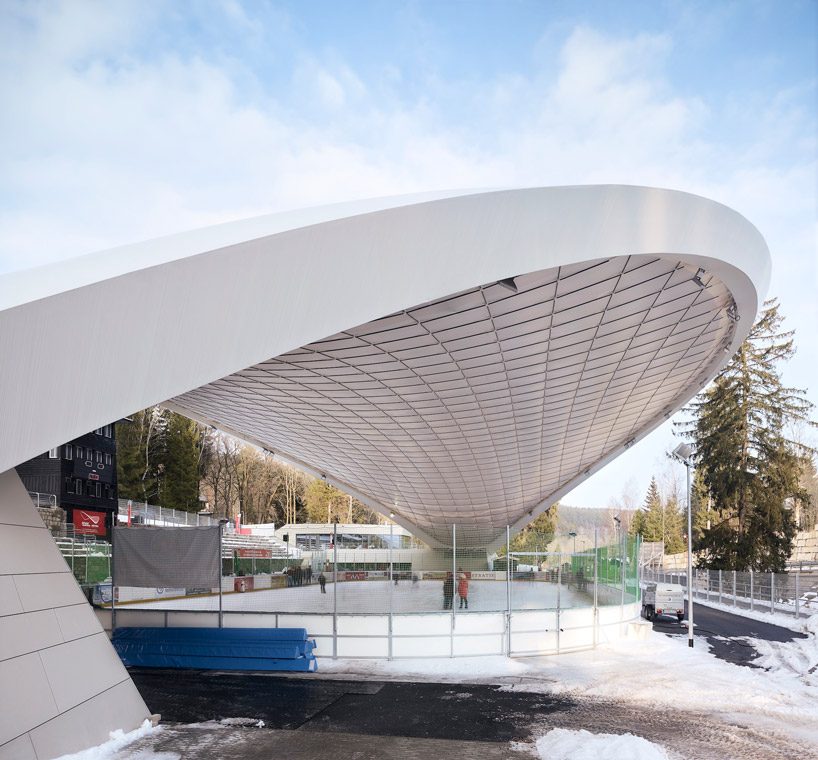 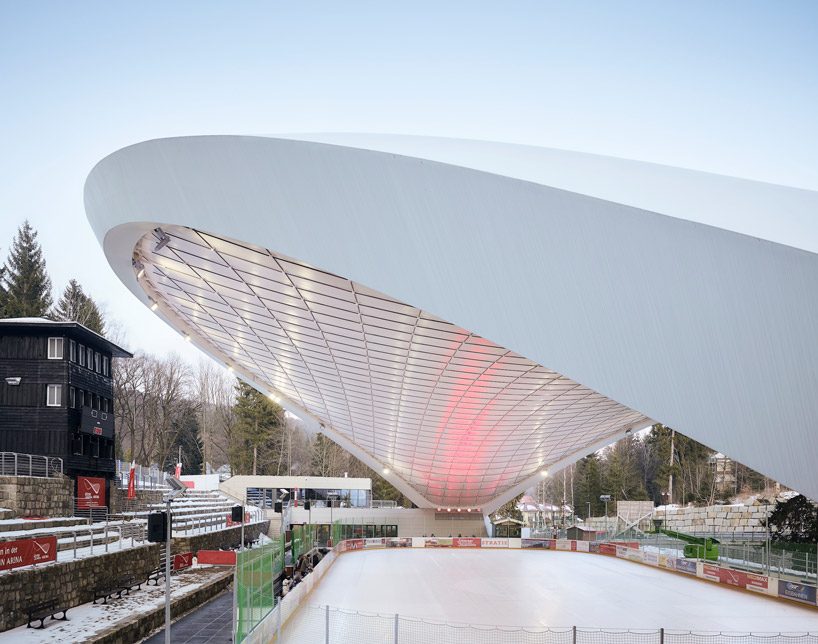 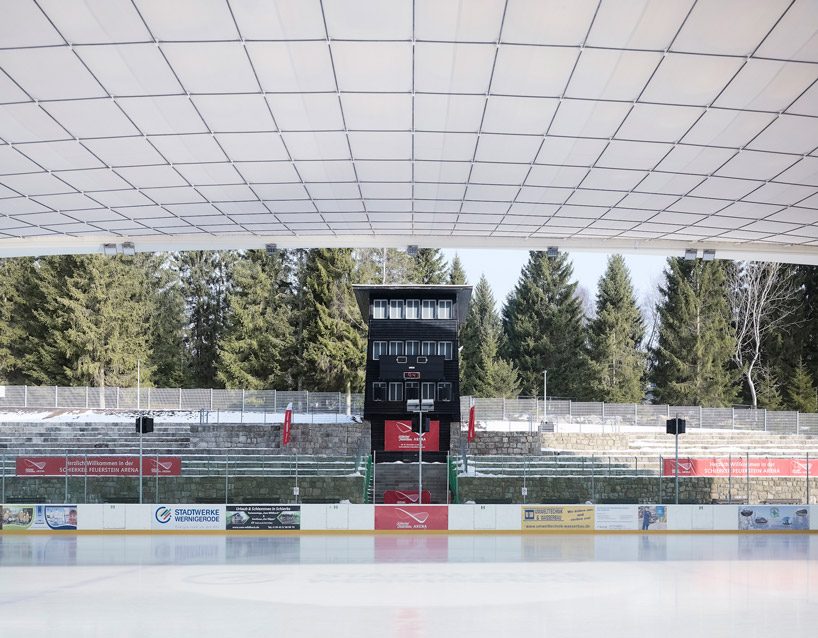 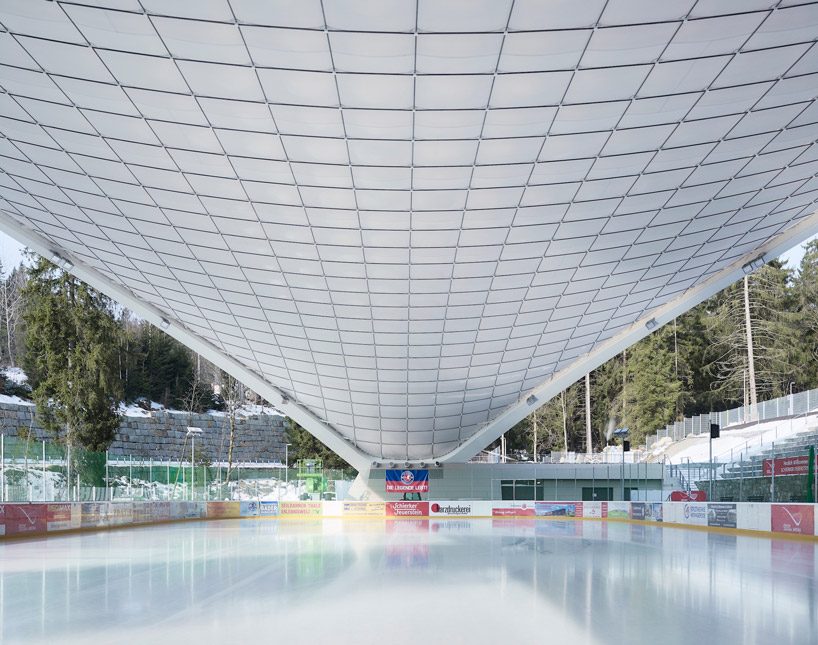 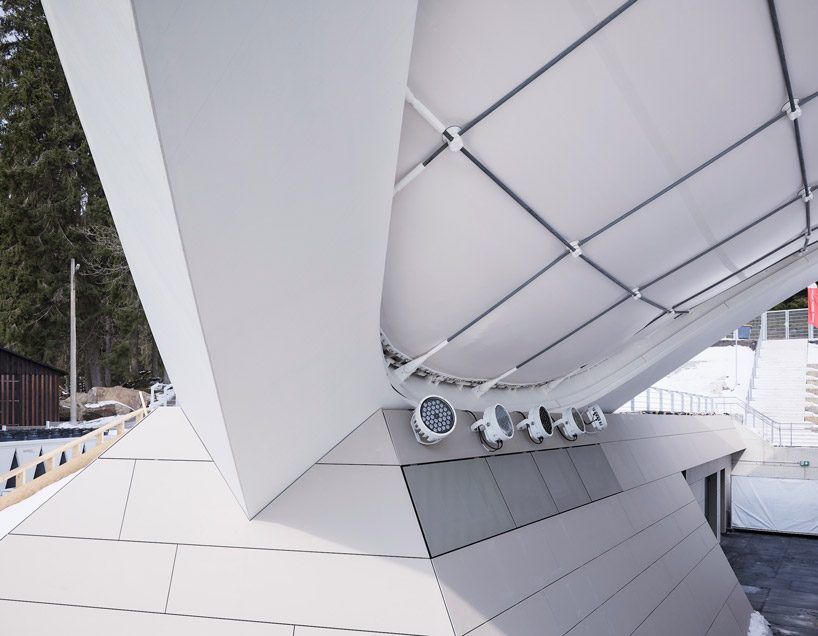 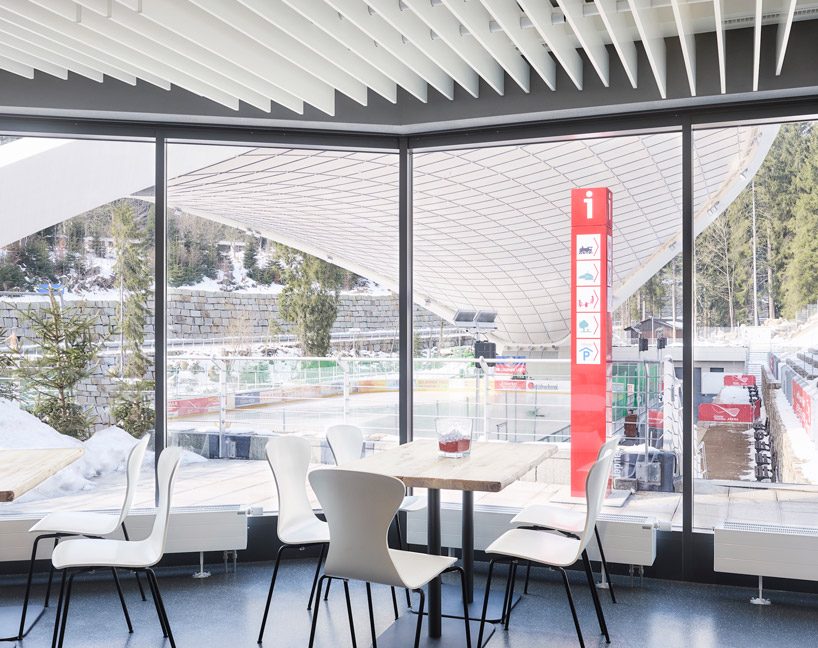 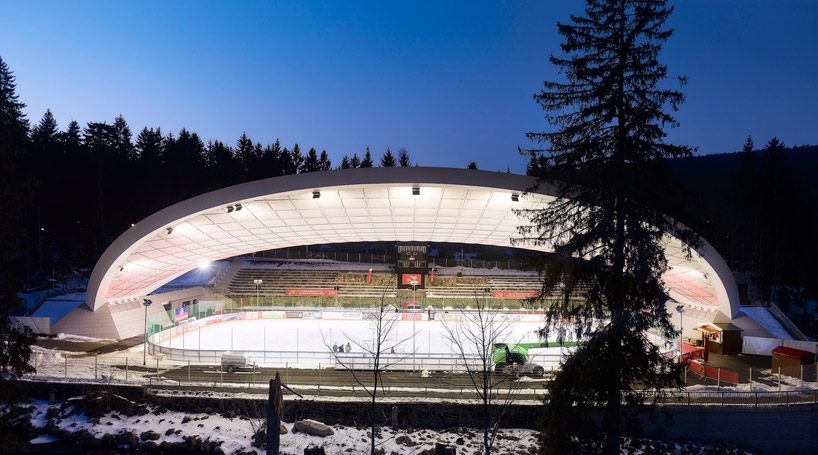 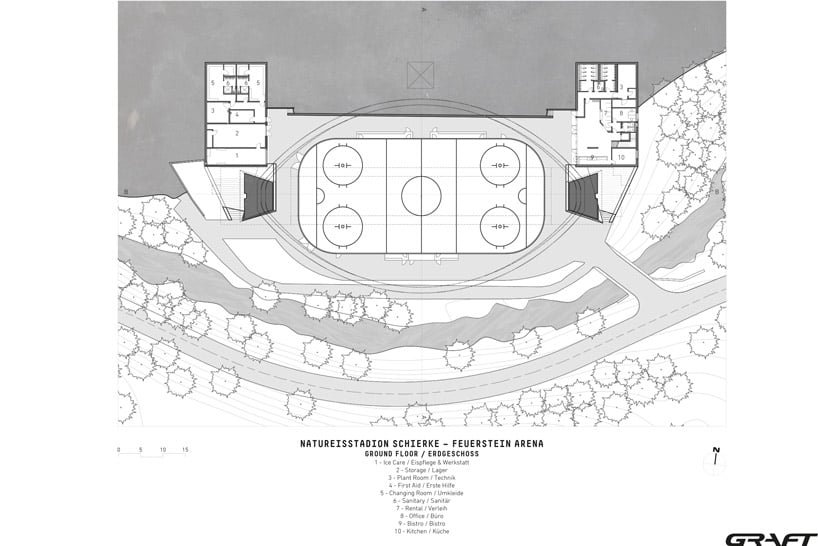 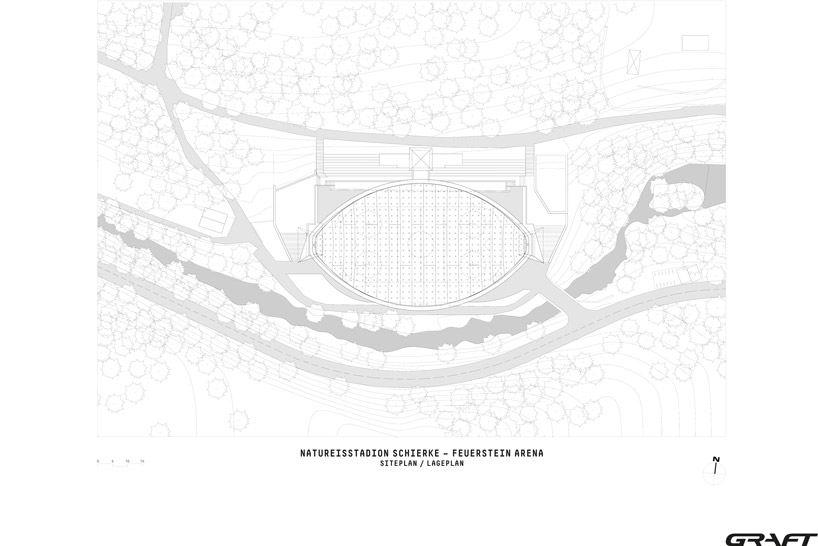 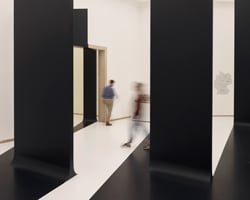 May 24, 2018
'unbuilding walls' is the german pavilion's perspective on a borderless world