grand paris express is network of public transit lines to be realized in the area surrounding the french capital. the development includes four new routes, plus the extension of existing metro lines 11 and 14. nine of the project’s 68 new stations have been labelled ’emblematic’, meaning that they play a particularly important role in the overall masterplan. these nine nodes have been designed by some of the world’s most influential architects, including bjarke ingels, kengo kuma, and dominique perrault. 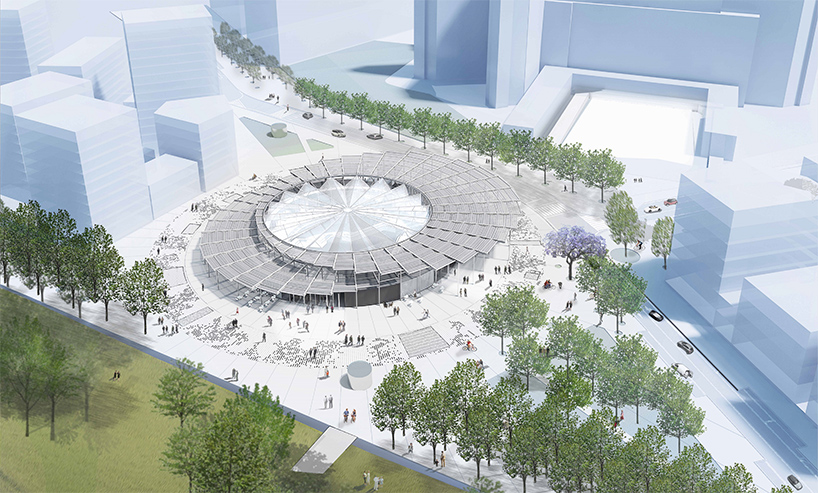 the ambitious scheme is being organized by the société du grand paris (SGP), a public agency overseen by the french government. each new station has been designed to reflect ‘a bold and original vision of the city’, with an individual concept that offers its own sense of identity. the SGP has most recently appointed bjarke ingels group (BIG) to develop plans for the pont-de-bondy station, alongside local firm silvio d’ascia architecture. BIG’s looping design reaches out to connect the surrounding urban fabric, not only forming a new bridge across l’ourcq canal, but also providing access to the station from, and beneath, the existing crossing. 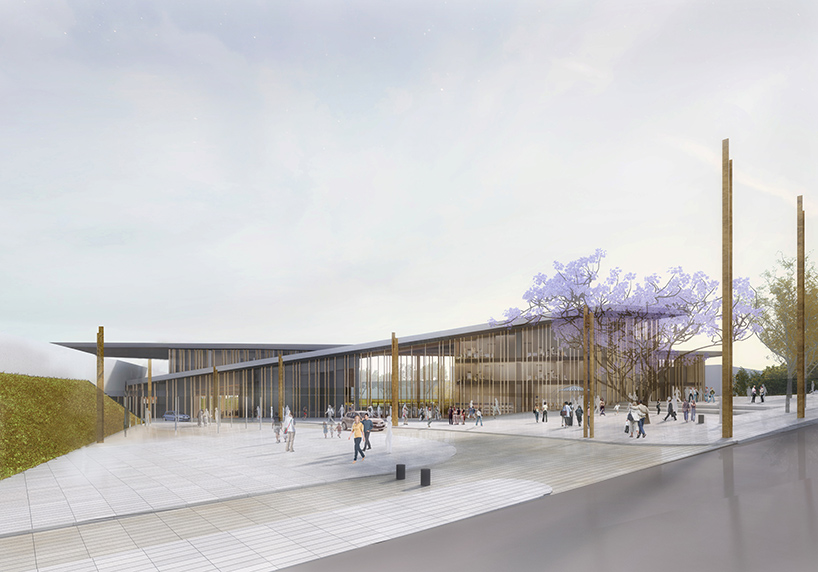 other stations include gare saint-denis pleyel, a building conceived by japanese architect kengo kuma as an extension of the surrounding public space. to emphasize the context of the structure, steel frames that evoke rail tracks are used in the building’s curtain walls. miralles tagliabue (EMBT), along with local architects bordas+peiro, will complete gare clichy-montfermeil — a project distinguished by a colorful and geometrically dynamic canopy, which continues as the walls of a sunken atrium leading to the train platforms four storeys below.

‘significant urban projects will emerge along this transport route: new neighborhoods with an array of features including housing, economic activities, university centers and cultural facilities – especially around the strategic, structural points provided by the stations,’ explains the société du grand paris. ‘the idea is to enable business clusters to take root while rebalancing the paris region, opening it up to its more remote, isolated areas.’ 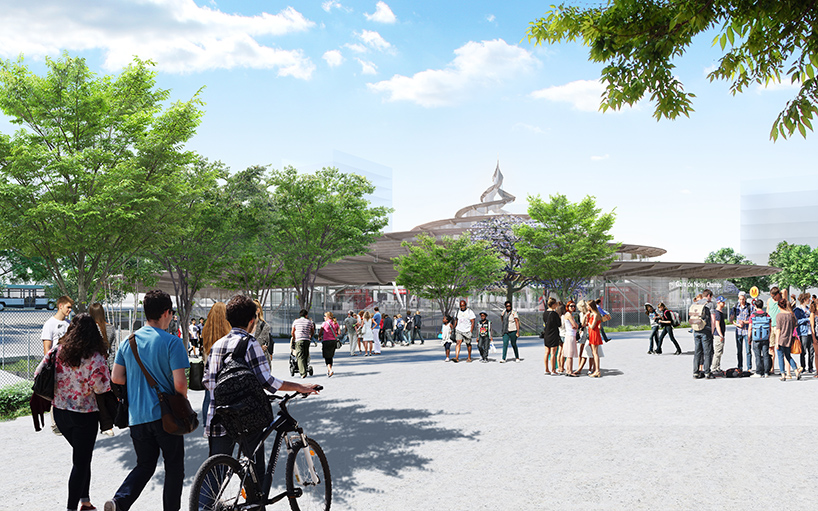 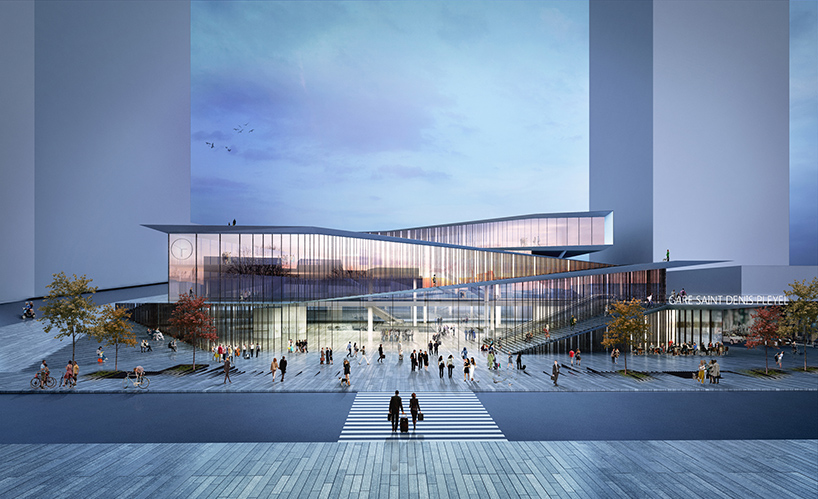 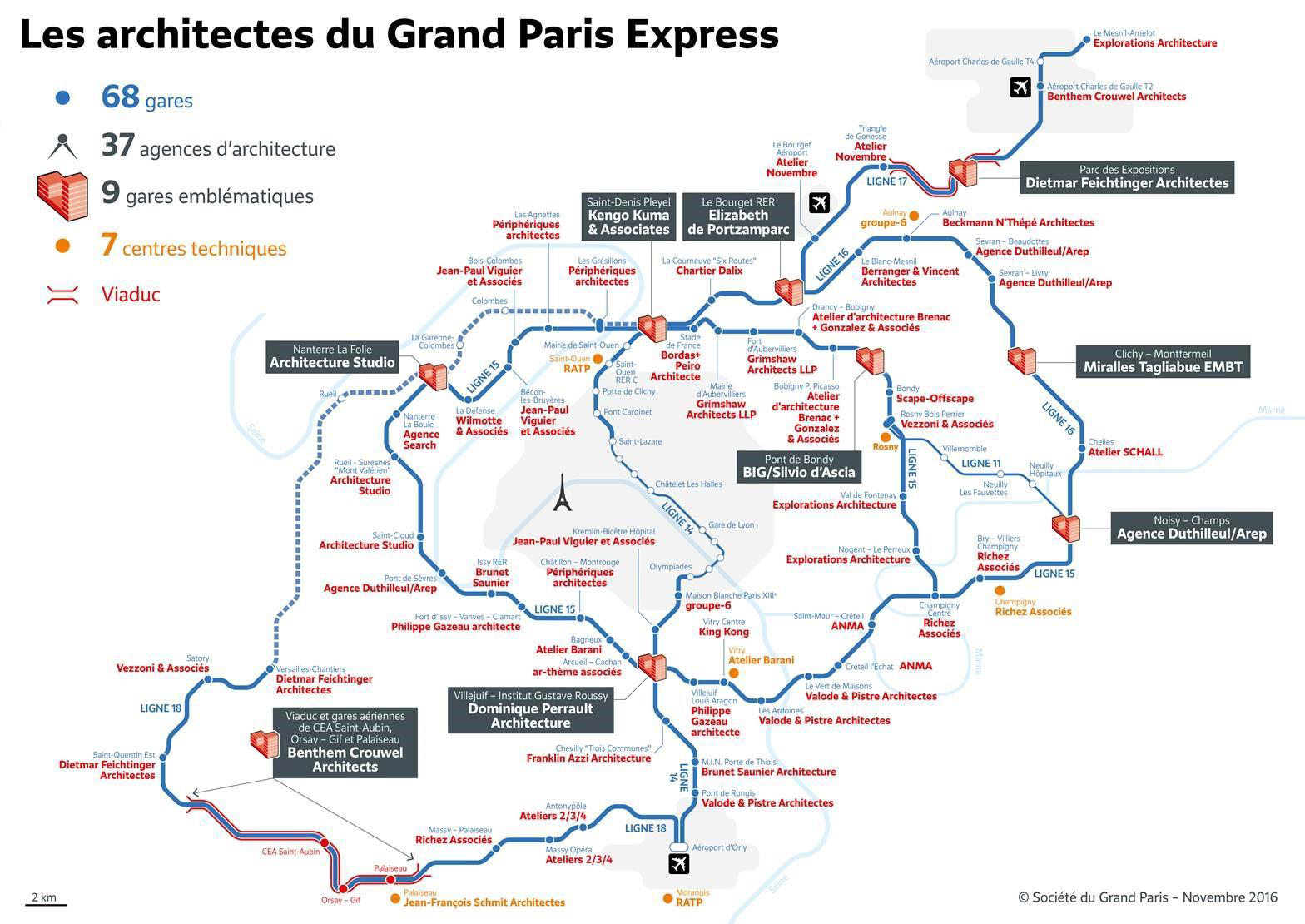 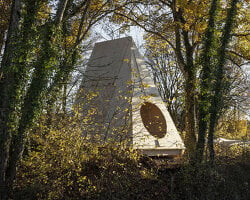 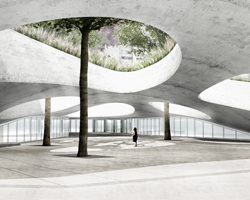 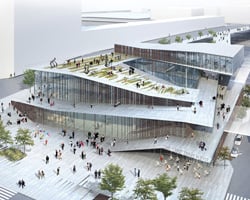 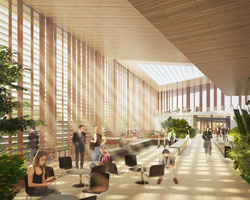 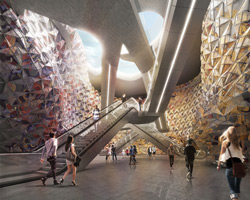