‘peters ice cream’ is a completed commercial office project in melbourne serving as the headquarters for 180 staff and link to the factory which produces the ice cream. the striking building molds into the grassy surroundings where the lifted and sculptural character slowly reveals itself upon arrival. 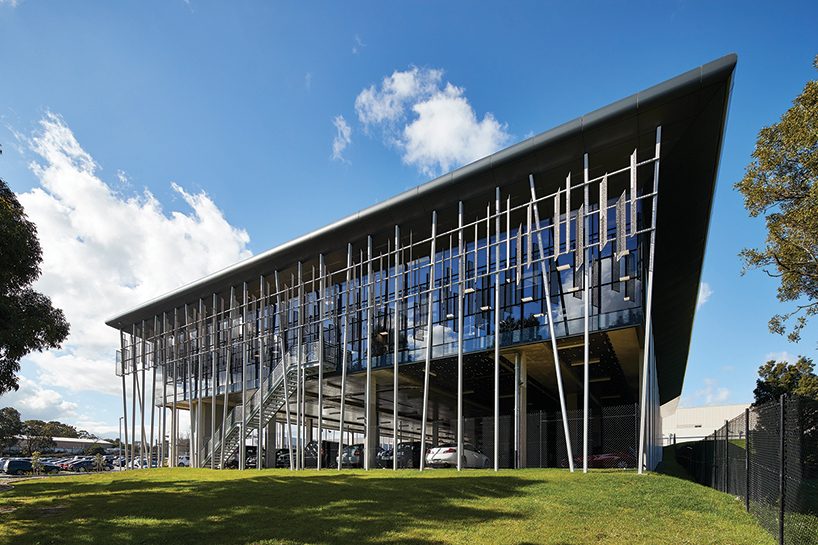 the project by gray puksand demonstrates a different office typology by the way it is positioned. influenced by the natural terrain, the design response resulted in several features that in the end, give the building a sense of lightness in correspondence to the landscape. a dramatic butterfly-shaped roof references architecture from the post-war period, meanwhile the undercroft which sits below the offices has been made into a carpark. 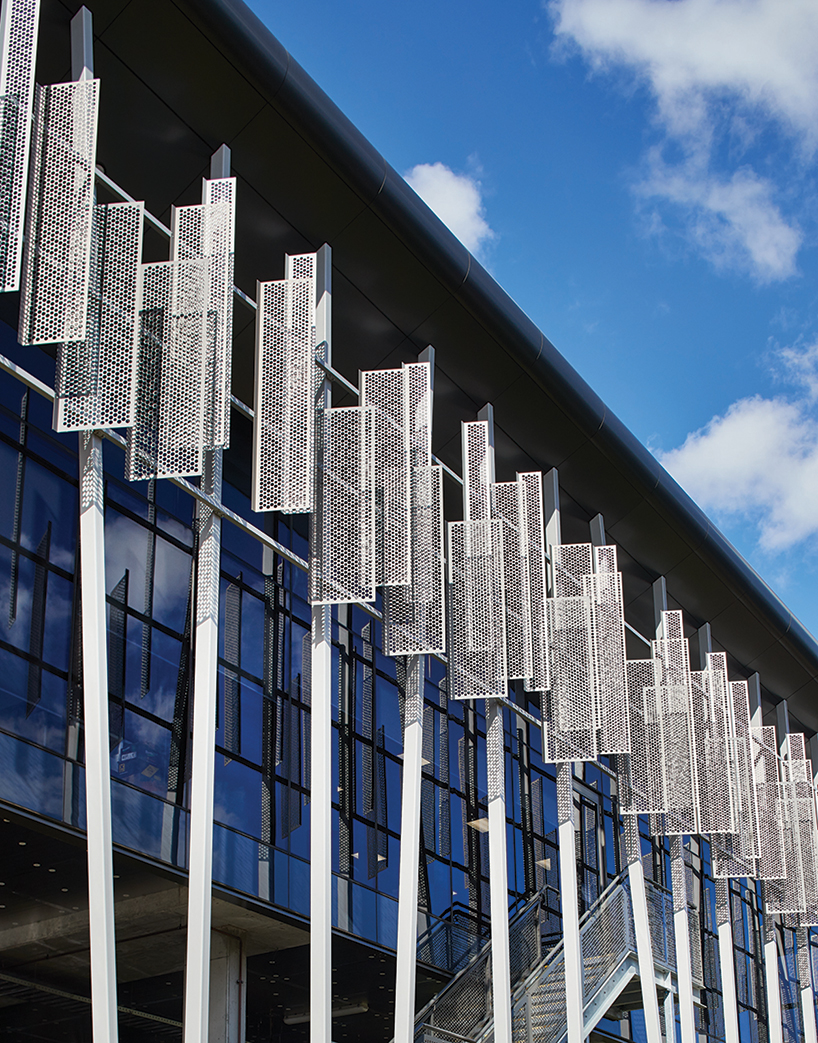 on the north elevation, a double-glazed curtain wall and a series of slender sticks mimic the gum trees to create the illusion of a two-storey structure that lightly connects the ground. meanwhile on the south side, angular precast panels maintain thermal comfort through passive design. the titled butterfly roof uses wide alucobond eaves to form a bullnose edge. in the end, each façade responds  to the undulating topography as much as the specific light conditions encountered. 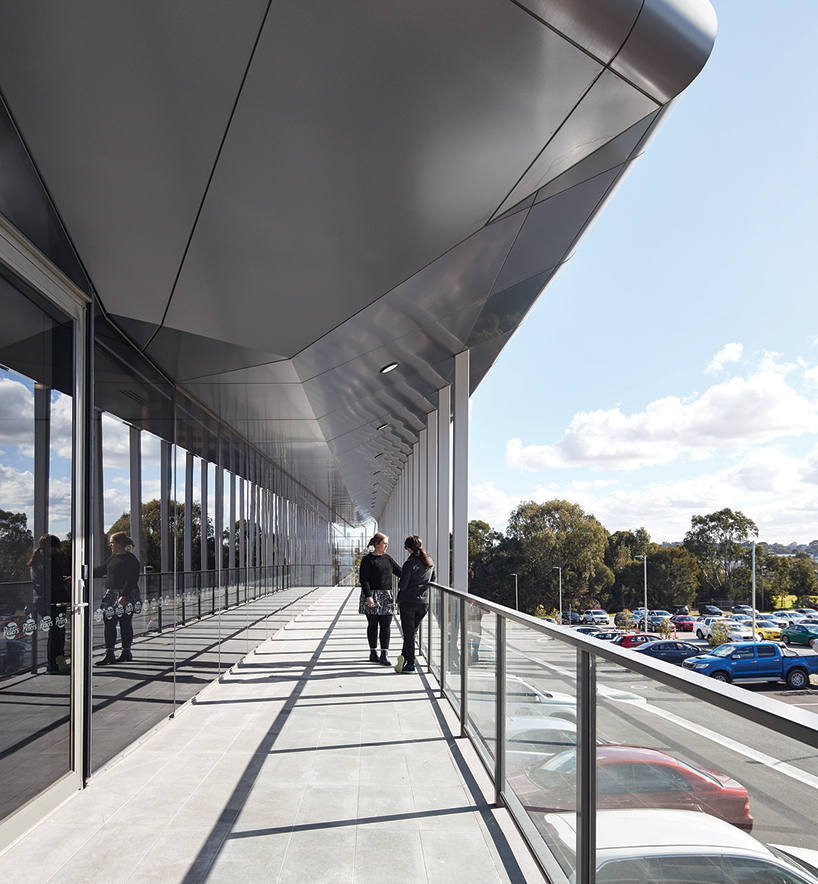 the butterfly roof itself is made from alucobond 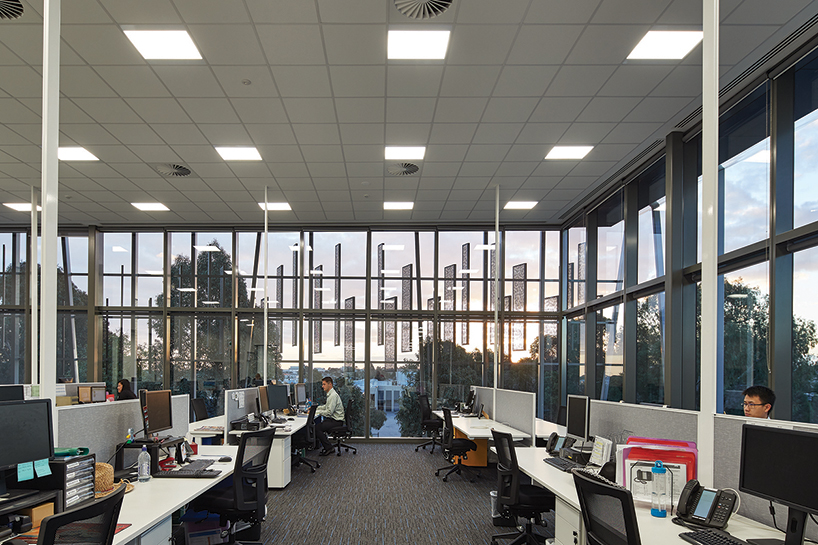 the total floor span is 2,250sqm and accommodates the 180 staff 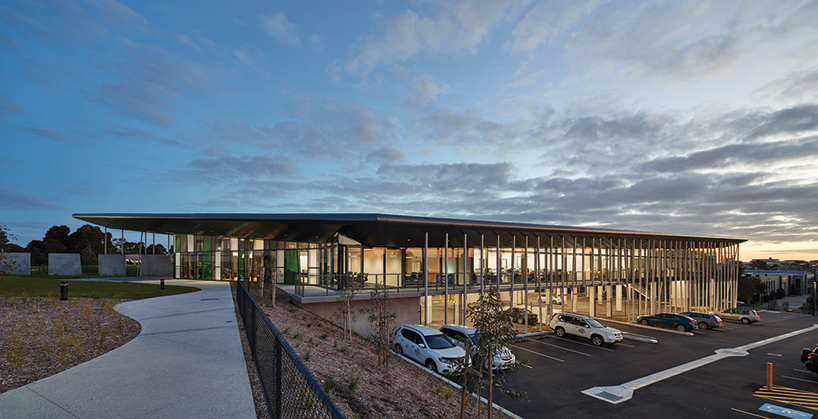 each façade responds to the undulating topography 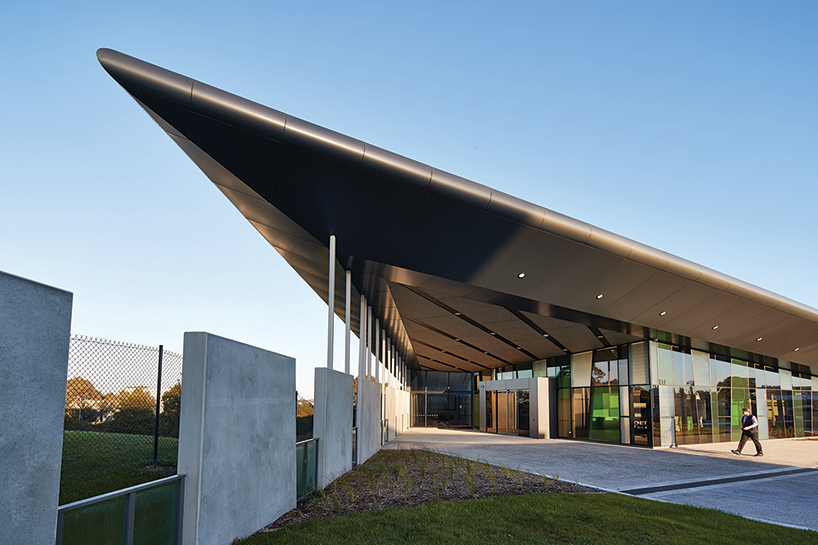 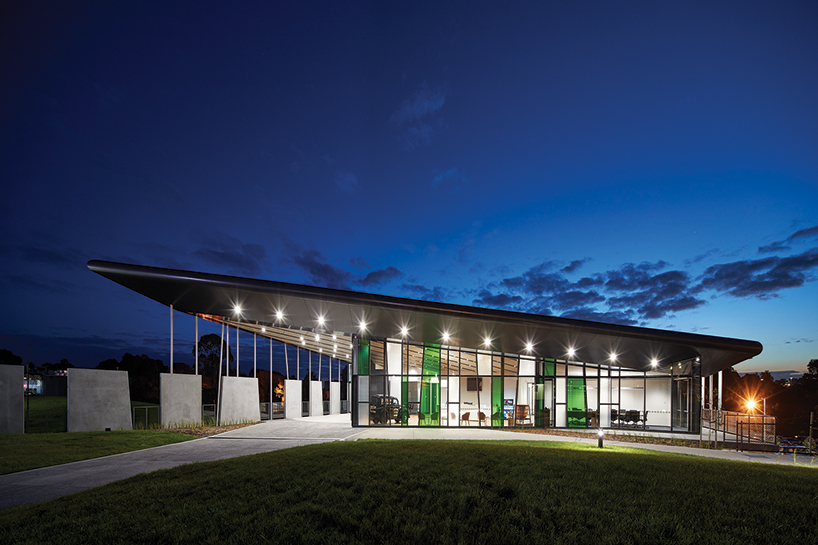