the grimshaw architects’  designed terminal at the pulkovo international airport-the third largest in russia, has opened to the public. located in st. petersburg, the structure (as realised in partnership with pascall + watson architects) is part of the initial phase to create a greater service for the continuous transfers of global citizens, as outlined in the master plan. the second phase is expected to be completed in 2015 will accommodate a total of 17 million passengers annually. ‘this development is a quantum leap, easily holding its own among the world’s top airports. i think the future for st petersburg is bright; pulkovo will become a large hub, drawing business from asia and eastern europe,’ states grimshaw project partner, mark middleton. 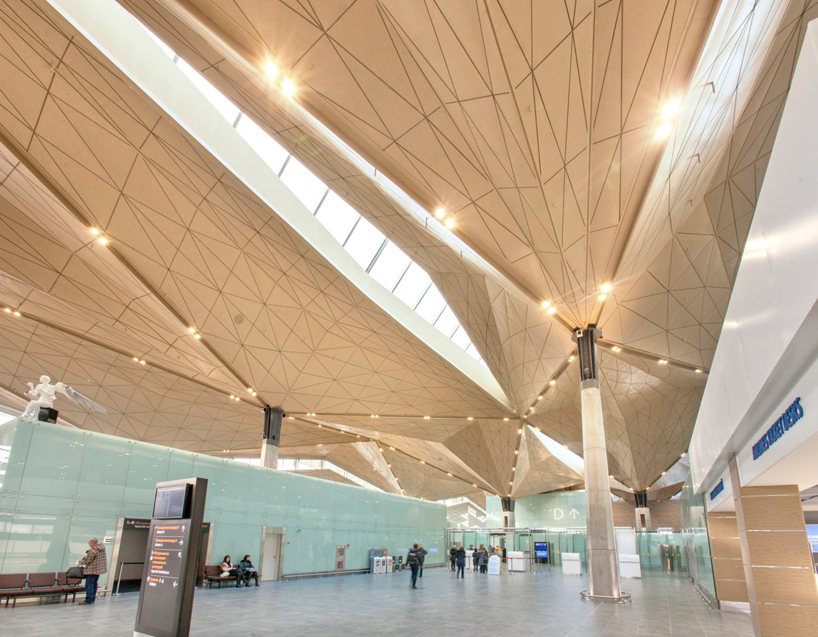 strips of sky lights are shaped out of the sculptural canopy

the terminal is enclosed by an impressive geometric roof that protrudes downward towards visitors creating a more human scale. the angulations terminate at beams and the tessellating pattern stretches to the window-scheme as well, wrapping the space to form a dynamic plaza. the open areas in the airport are comparable to those public arenas found throughout the greater city. mr. middleton further explains, ‘this building represents a point of departure for grimshaw. we are known for our expressive structures and attention to detail. we wanted to keep all of those elements – the practicality and the buildability, and our interest in sustainability – but also try to make this building more about form and space.’ to accommodate the extreme seasons of the russian metropolis, the roof and façade have been developed to withstand heavy snowfall in the winter. 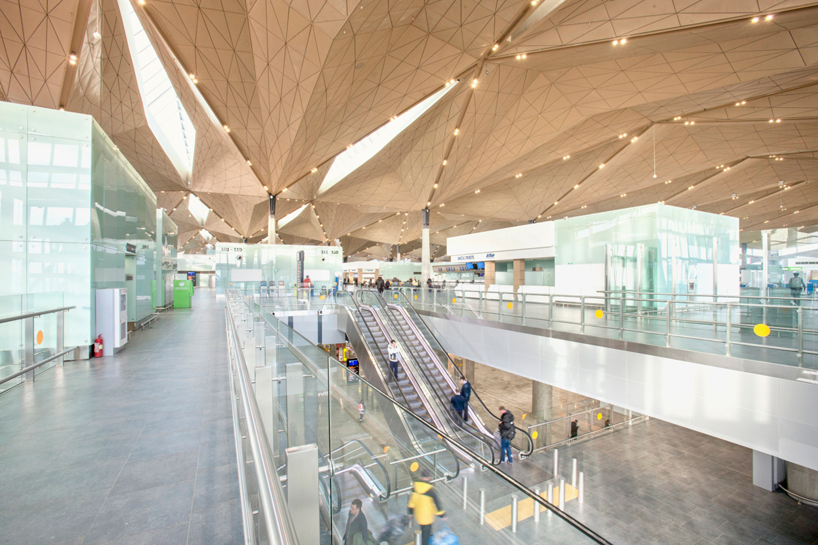 the cavern-like space undulates as passengers approach from the escalator 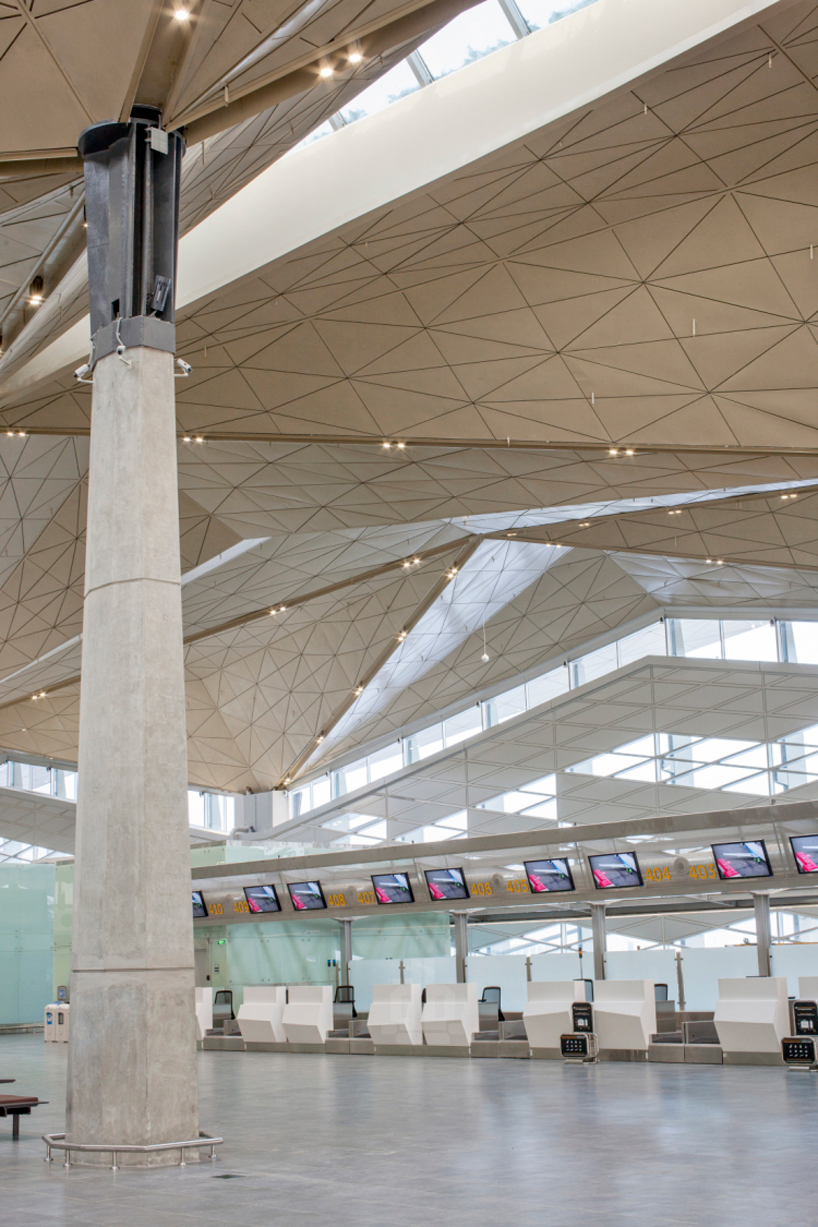 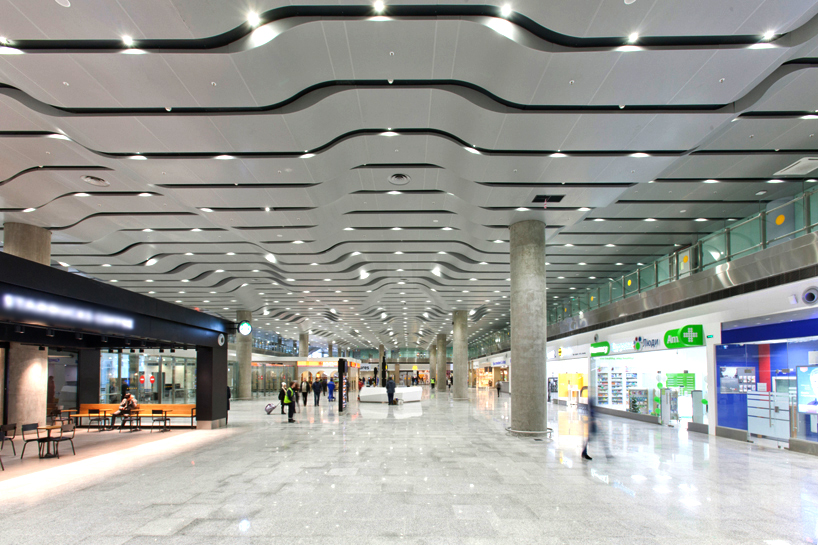 a variation from the overarching ceiling is seen, as the height of the building lessens, to host retail spaces 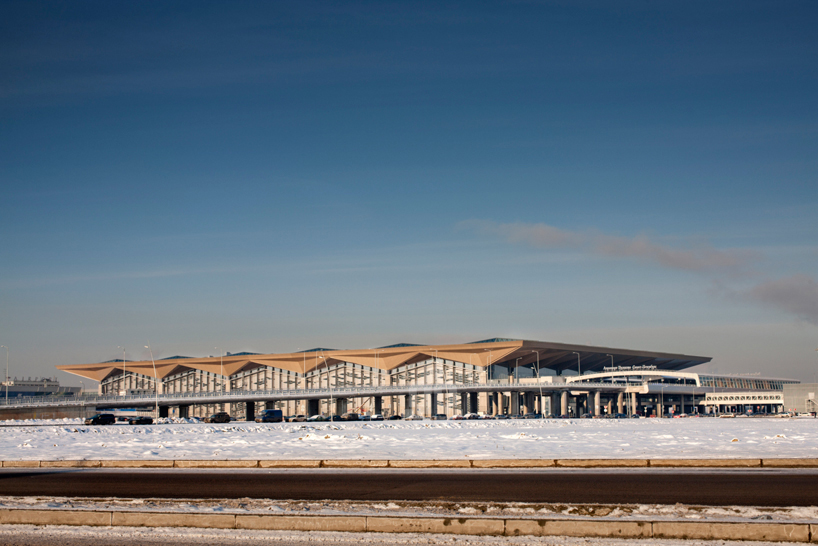 the pulkovo international airport in its entirety 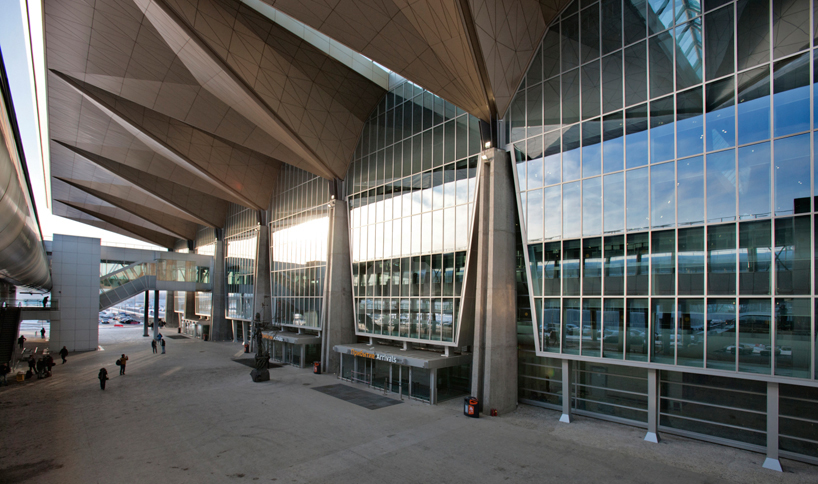 photograph showing the pathway leading to the arrivals hall 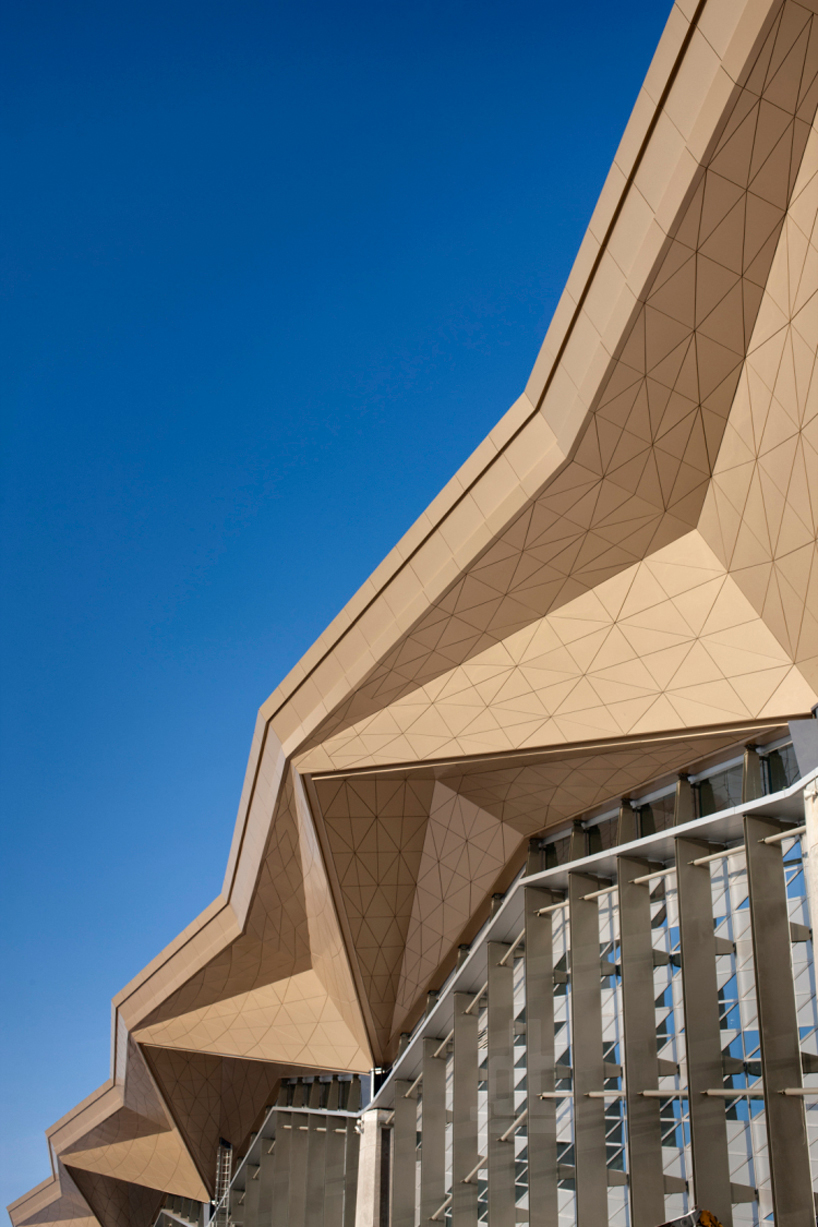 detail of the folding triangular roof 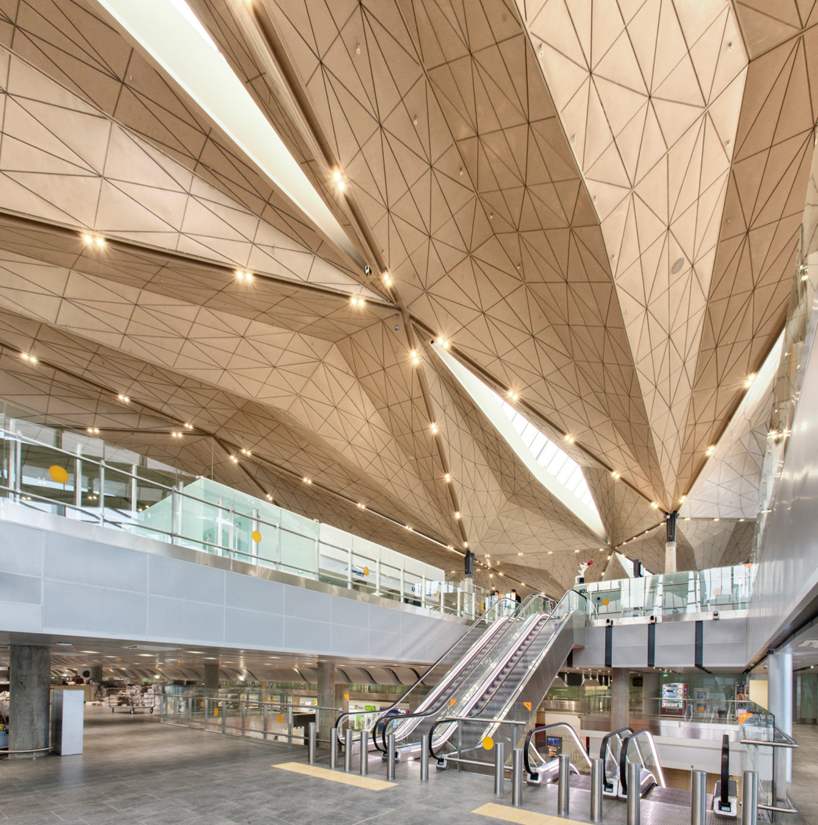 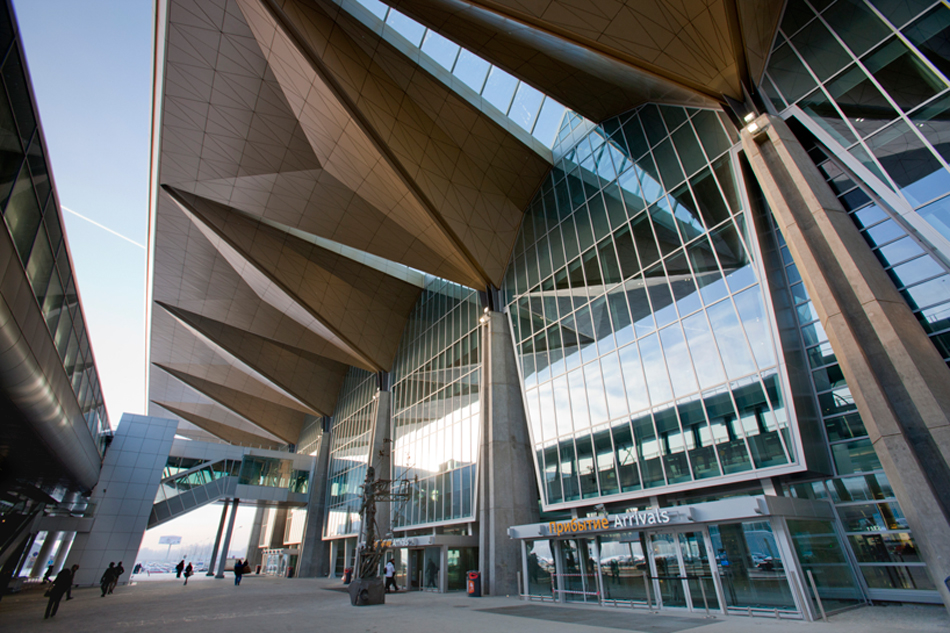 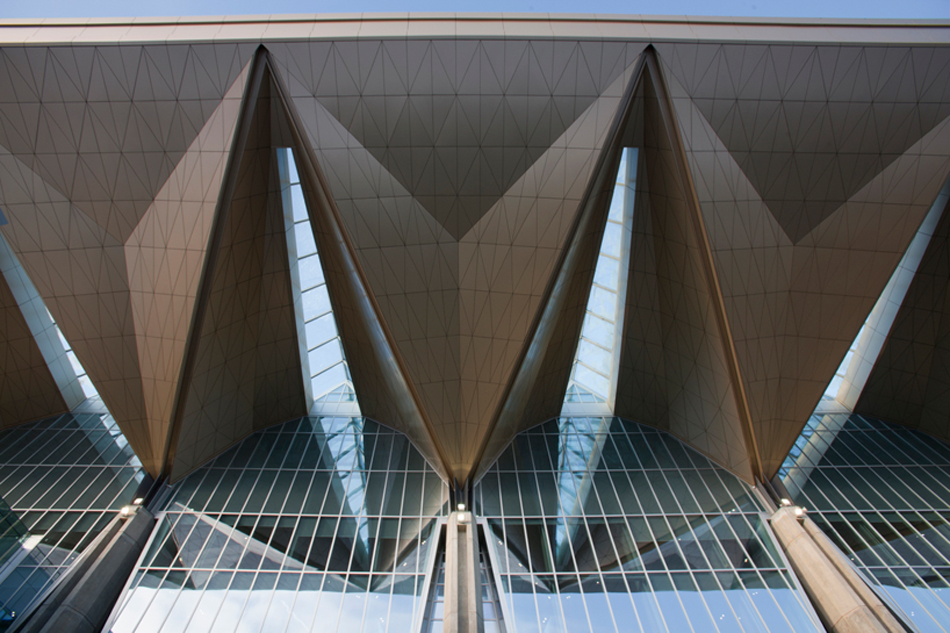 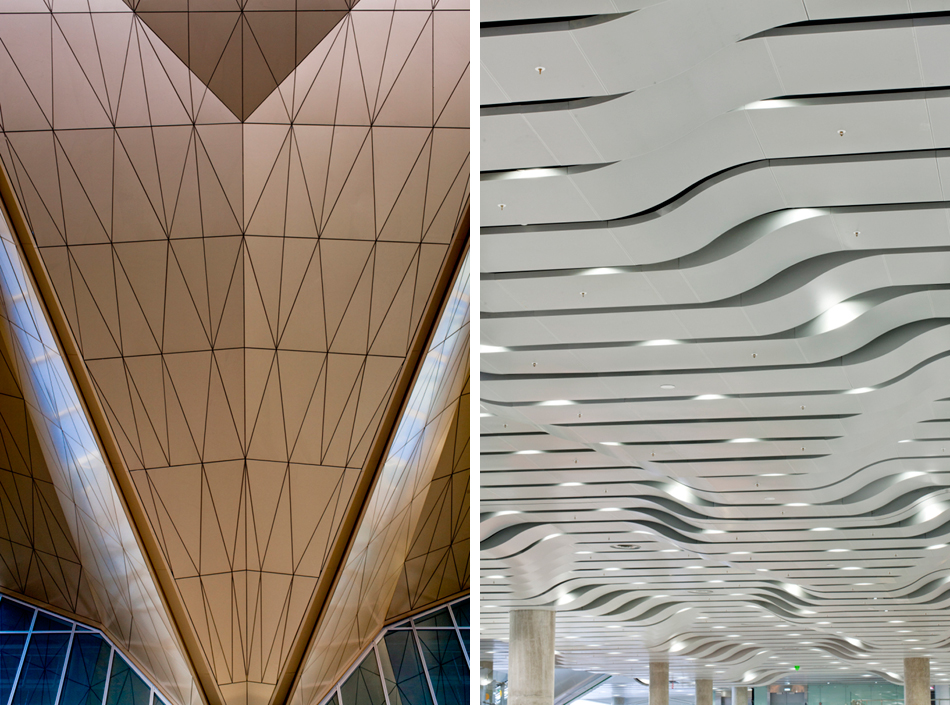 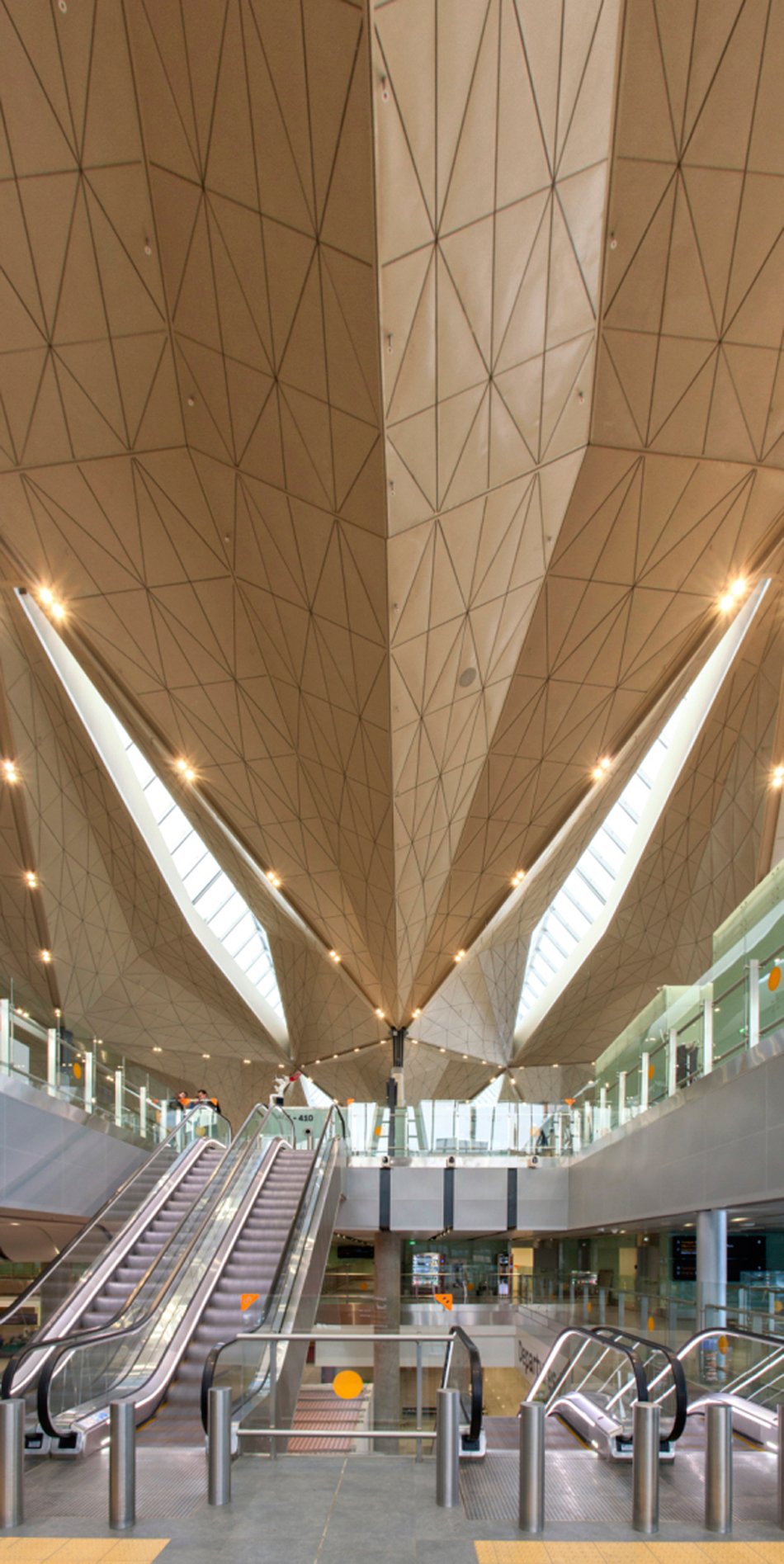 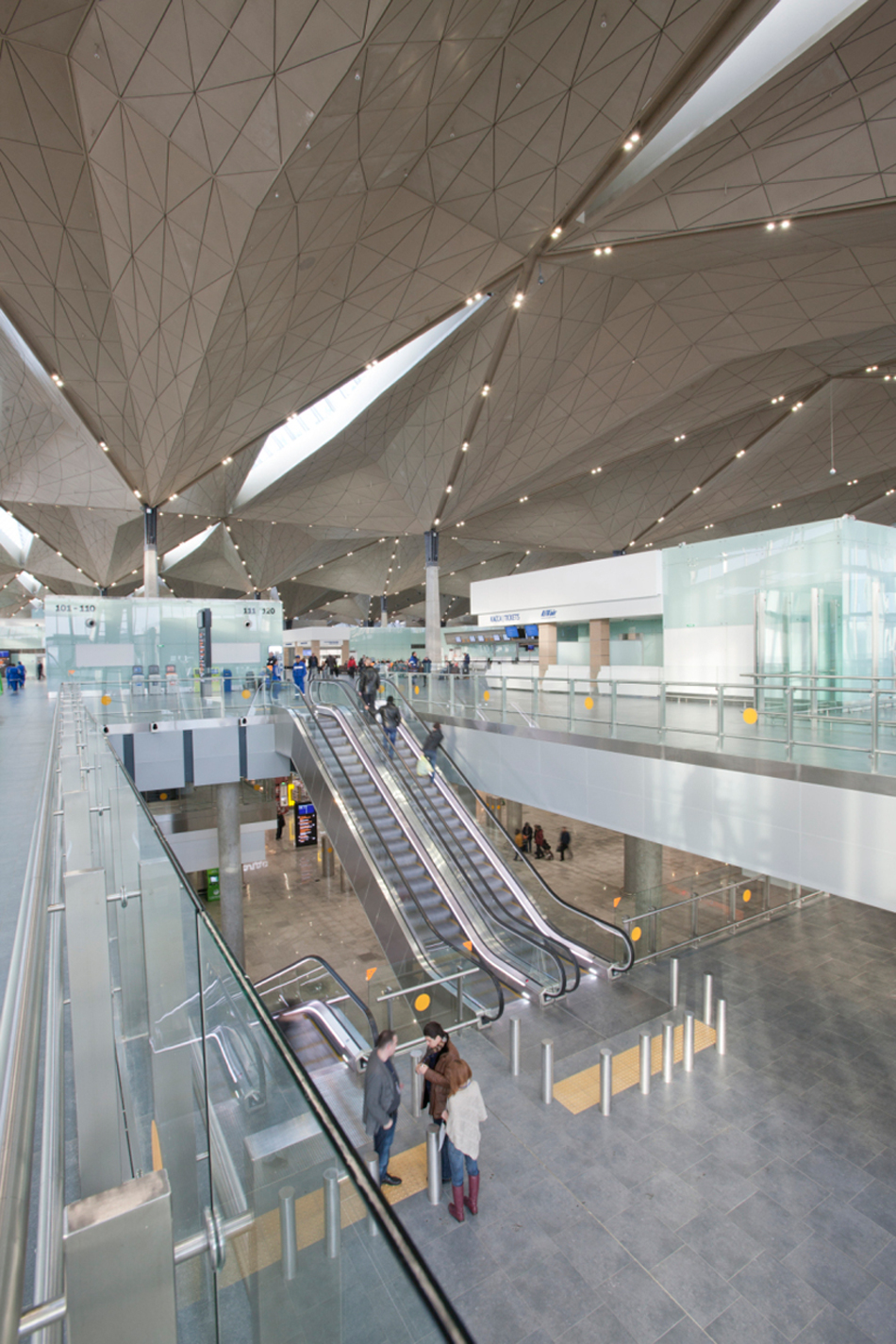 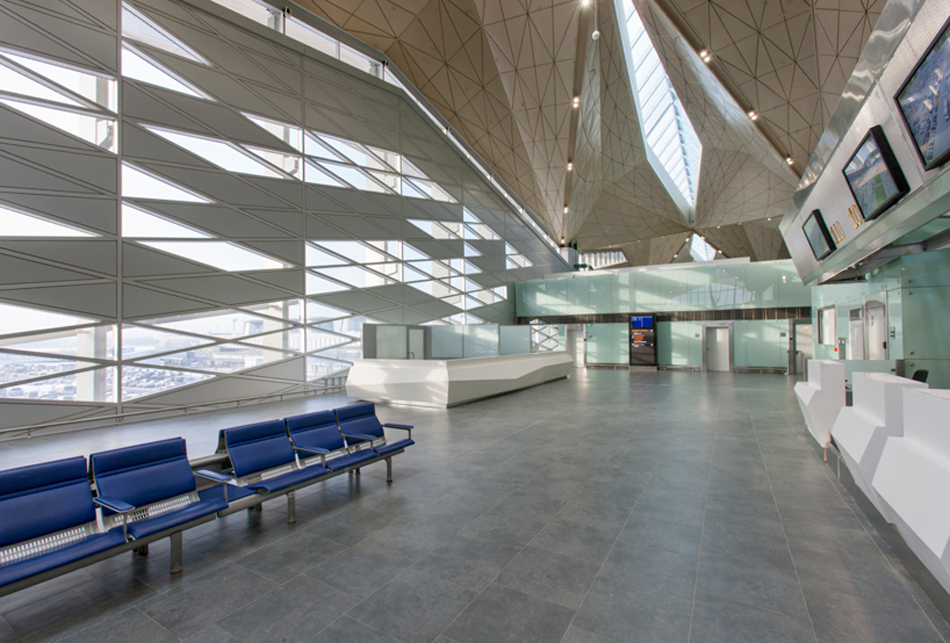 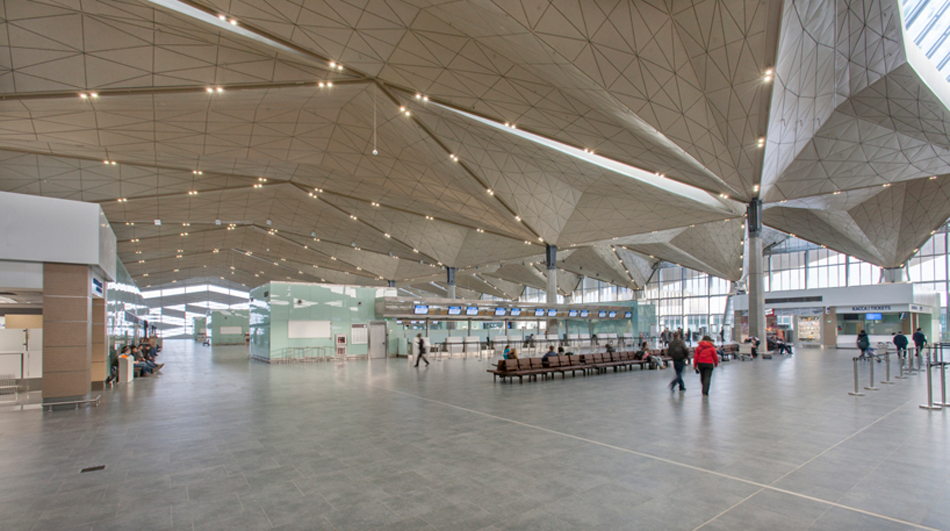