situated at the heart of lower manhattan, MTA‘s ‘fulton center’ has officially opened to the public, connecting nine of the city’s busiest subway lines. the complex, which has been completed by grimshaw, has been designed to enhance the user experience of 300,000 commuters each day. grimshaw was appointed by the metropolitan transportation authority as the project’s lead architect, with arup chosen as prime design consultants. 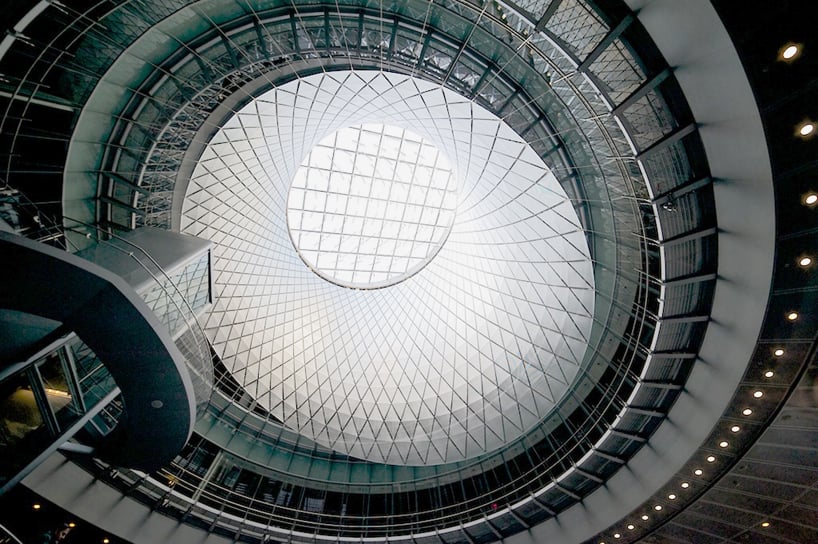 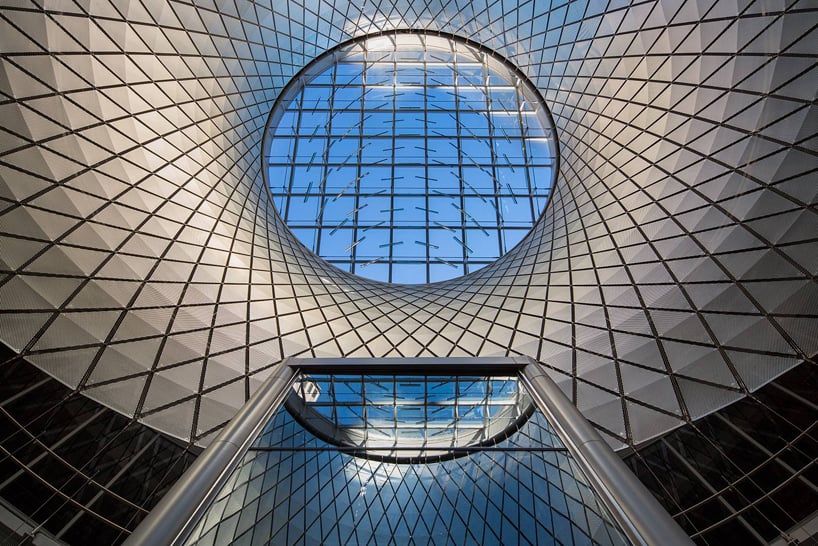 the scheme is organized around a large scale atrium wrapped inside a transparent façade. this central volume rises to a total height of 36 meters, and is topped with a conical dome structure that is truncated by an angled glass oculus oriented to the southern sky. known as the ‘sky reflector-net’, the installation is the collaborative work of arup, grimshaw and james carpenter design associates – presenting a continuously changing image of new york’s sky to those using the building.

tapered steel columns reference the neighborhood’s cast-iron buildings, while complementing the restoration of the adjacent corbin building. strategically aligned entrances and exits allow the streetscape to permeate the building, defining clear and efficient pathways to all trains. once underground, passengers will encounter brighter, widened passageways with clear signage connecting the various platforms. 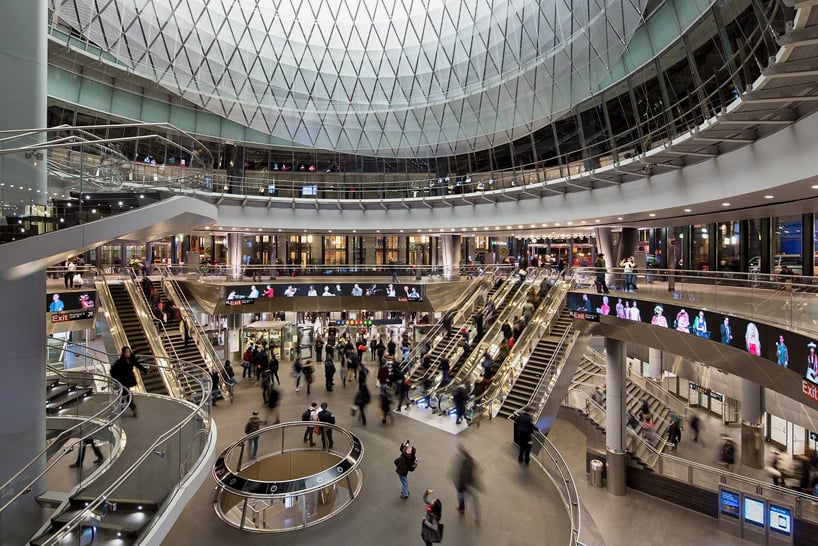 the vast scheme has been designed to enhance the user experience of 300,000 commuters each day
image courtesy of grimshaw

‘from the beginning, we were inspired by the ambiance and activity of grand central station’, said grimshaw project partner vincent chang. ‘we endeavored to design a similar environment for transit customers and visitors, creating a new front door to downtown new york. by providing a dramatic, light-filled civic space and incorporating the historic corbin building, the transit center represents a microcosm of lower manhattan’s evolution – one that reflects both the legacy and the revitalization of the district.’

‘this new station makes traveling easier for subway riders, and is a beautiful public space for visitors and commuters to enjoy’, furthered new york governor andrew cuomo. ‘we now have a new cornerstone in lower manhattan, and I am proud to see this unique complex opened to the public.’ 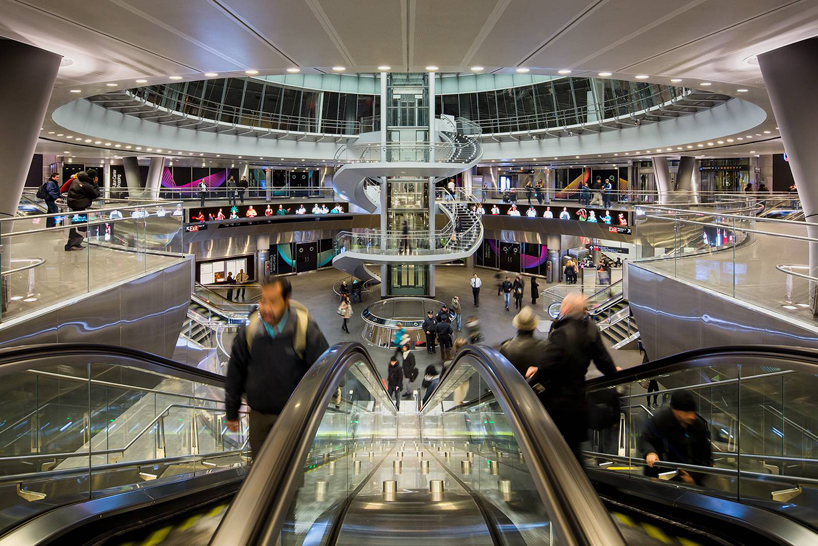 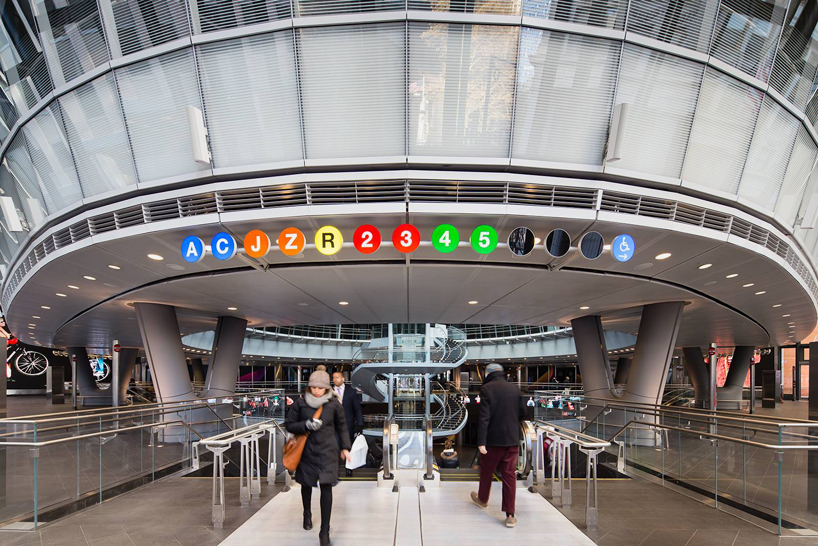 the entrance to the new transport hub
image courtesy of grimshaw 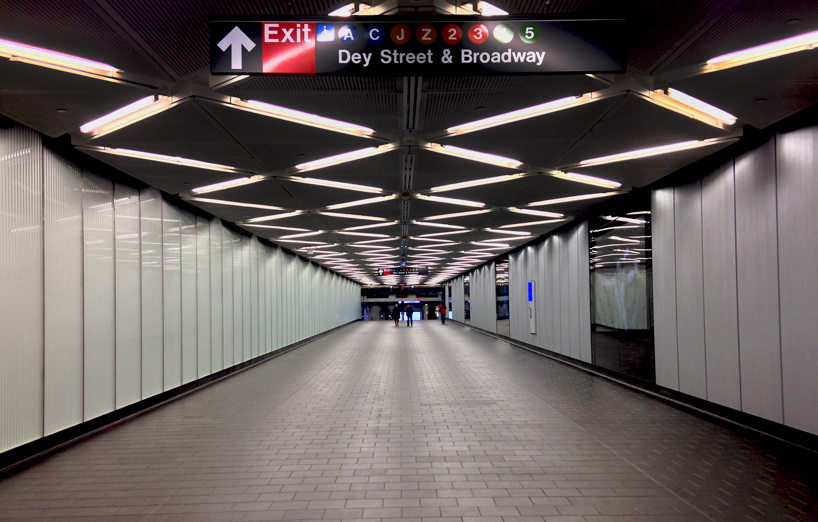 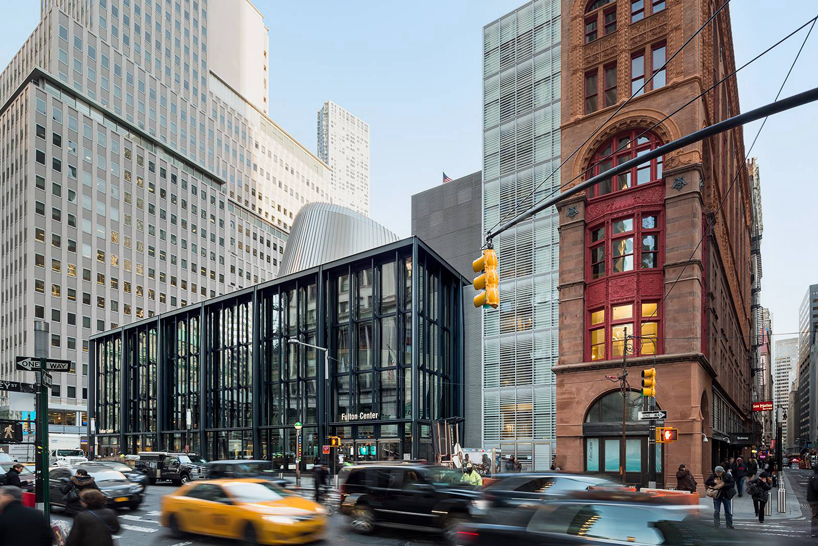 the glazed façade establishes a connection with the passing street