international office grimshaw architects has completed the first phase of the expanded queens museum in new york city. the development involves doubling the existing capacity of the flushing meadows site, signaling the start of a new era for the historic building. after winning a competition to plan the scheme back in 2005, grimshaw’s design also involves housing a new branch of the queens library which is scheduled to be completed during phase two of the project. 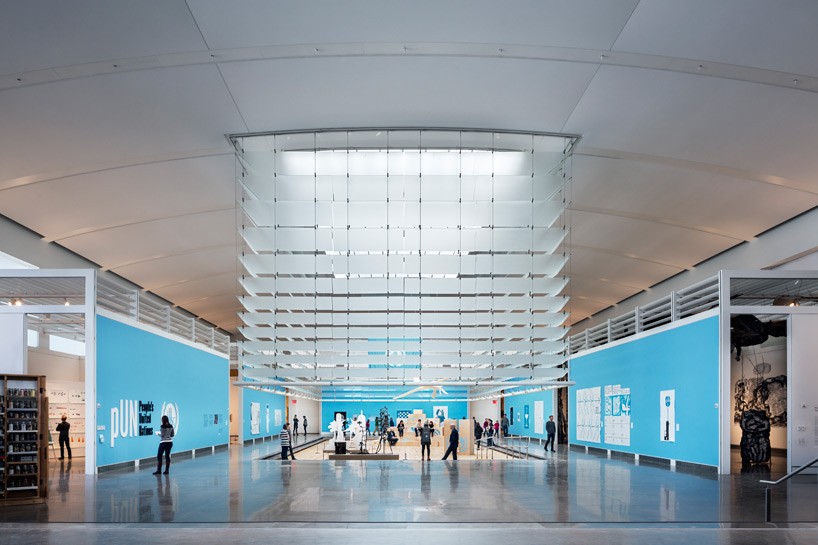 visible from the adjacent grand central parkway, a multimedia façade comprises a series of glass panels that span the length of the structure, serving as a dynamic and versatile canvas for commissioned works of art. in front of the building an expansive and welcoming entry plaza provides a gateway to the park.

internally, carefully positioned skylights illuminate the museum, while a hanging glass lantern diffuses natural daylight to the central volume and the surrounding exhibition spaces. a glazed stairway guides visitors to the second floor where areas of public congregation overlook the site and the neighboring park. 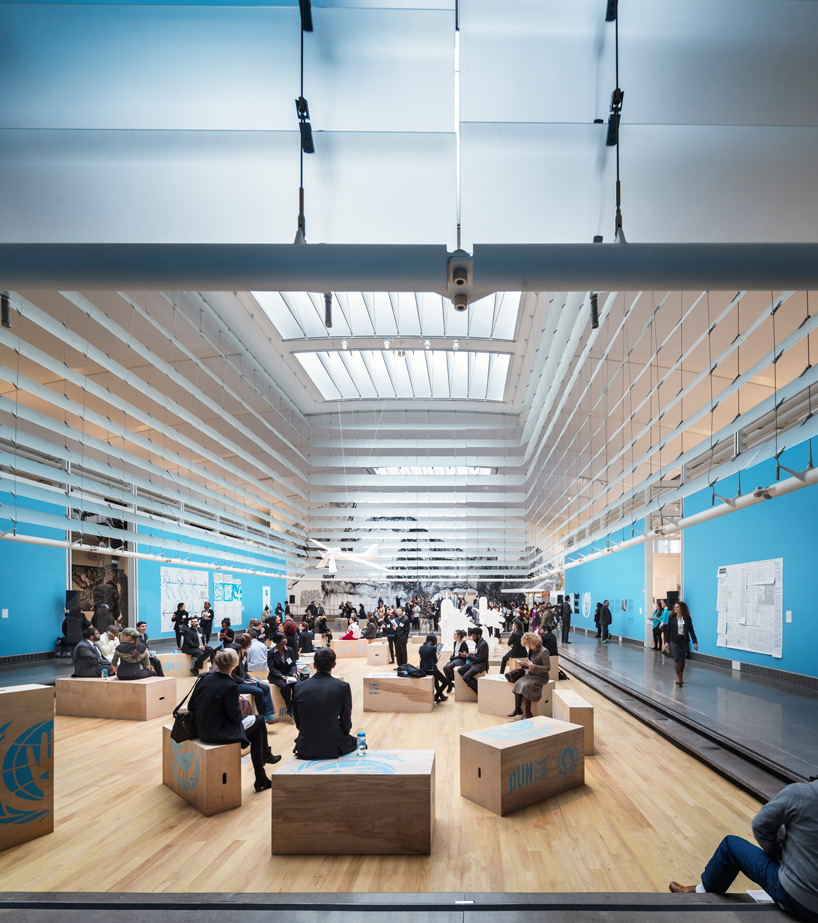 renowned for its educational outreach and community engagement, the expansion of the museum comprises several classrooms and educational facilities establishing the venue as a cultural destination where the realms of art and community merge and interact.

‘we approached the architectural design as a series of interventions devised to take advantage of the historical assets of the pre-existing structure. by keeping with the museum’s original philosophy of openness, we were able to provide spacious galleries for temporary exhibitions while improving the overall circulation of the building,’ explained grimshaw partner mark husser. 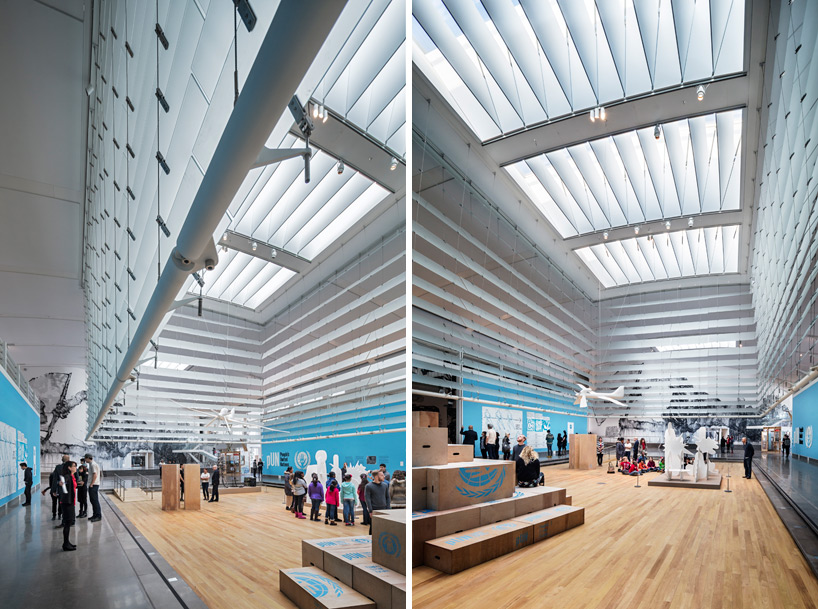 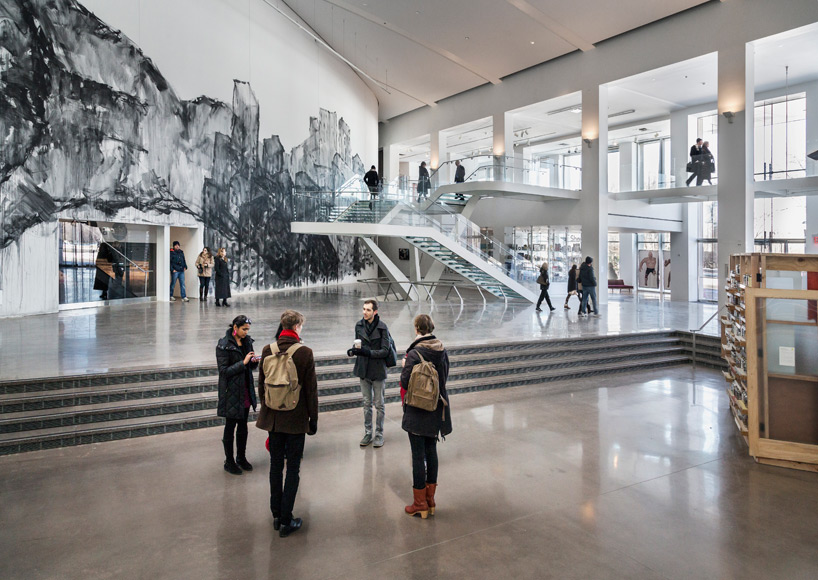 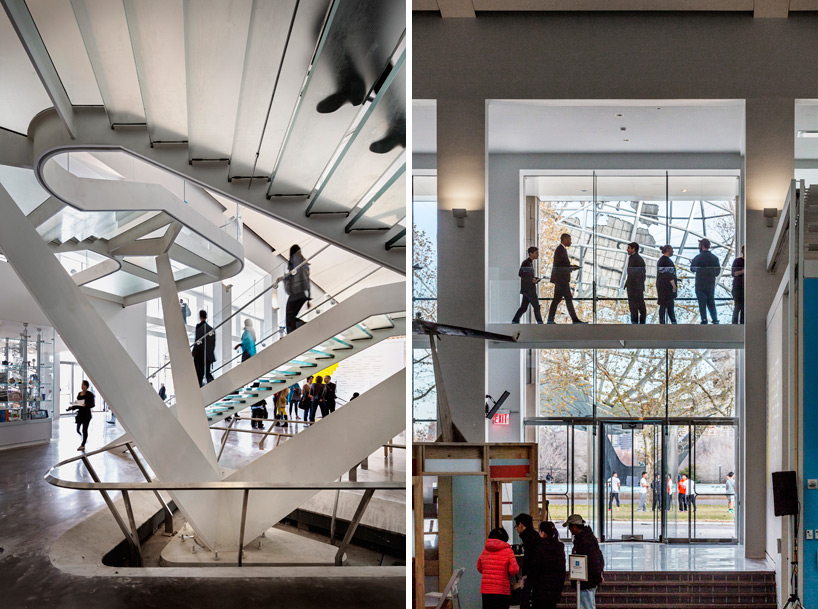 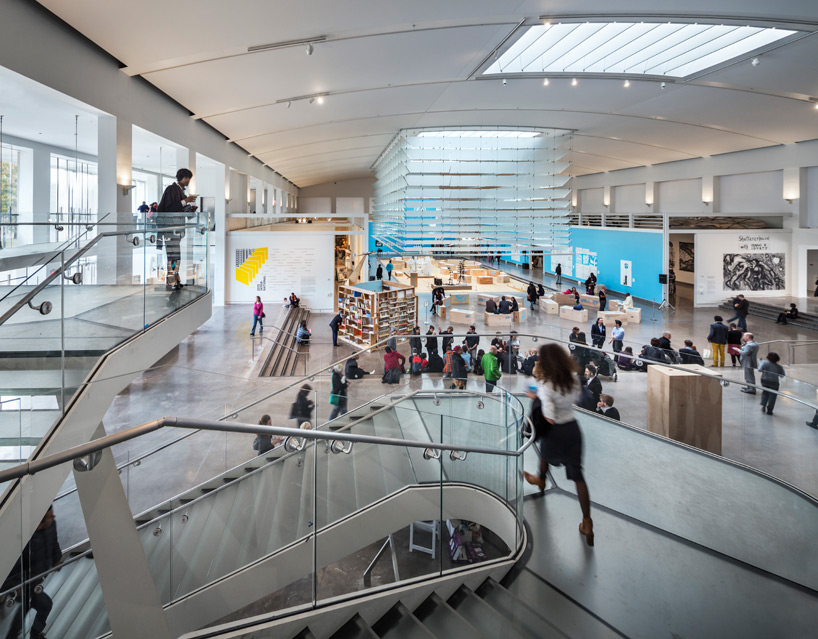 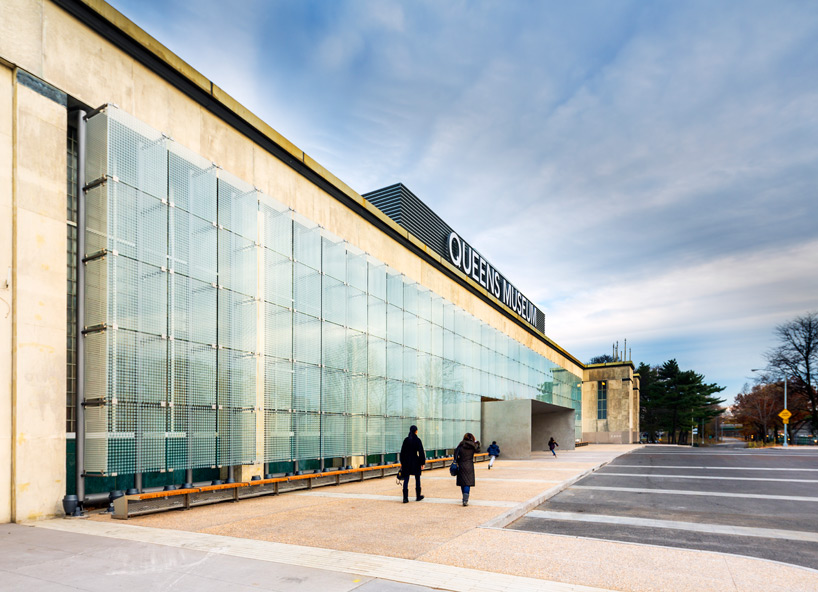 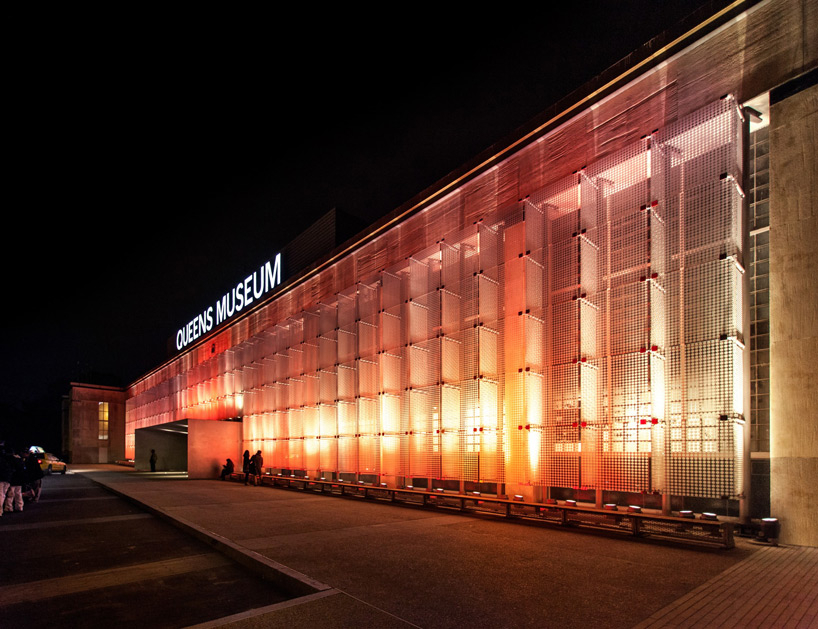