centered around the idea of ‘building as exhibit’, the grimshaw-designed patricia and phillip frost museum of science will contain a ‘living core’ comprised of an aquarium and wildlife center that act as a microcosm of south florida’s local ecology. the new facilities are an architecture of response, complete with vegetated roof surfaces that provide a home to local flora and fauna, shade and shelter and a rain water and gray water collection system.plaza spaces are energized by the outdoors and complement a constructed wetland used to control storm water runoff. the project aims to create a model of large scale sustainability with high performance ventilation and air-conditioning systems. exterior spaces are oriented to optimize the prevailing breeze afforded by the nearby bay. air movement has also been evaluated for hurricane preparedness and has greatly informed the shape of the building. 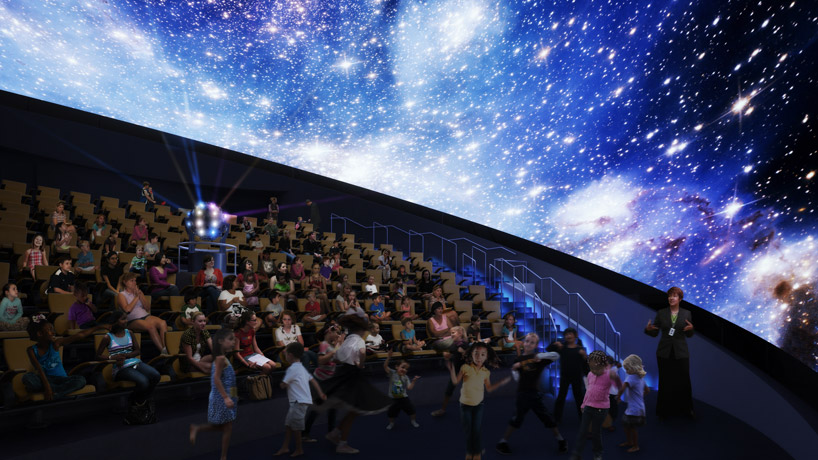 an interior view of the curved planetarium image © grimshaw architects 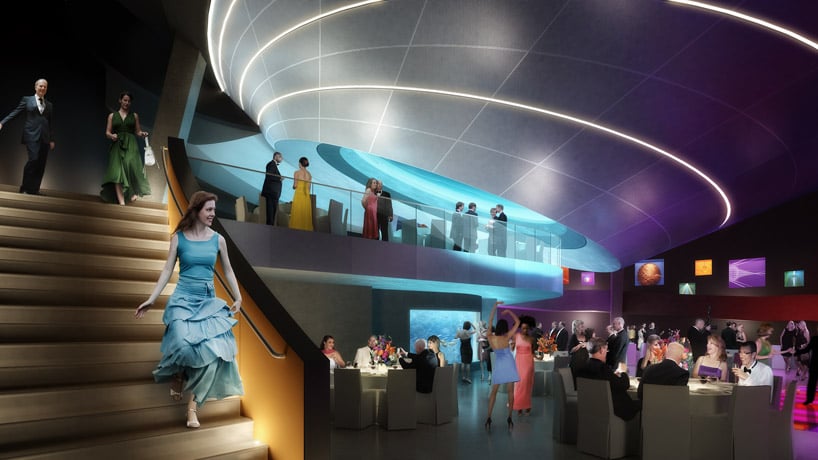 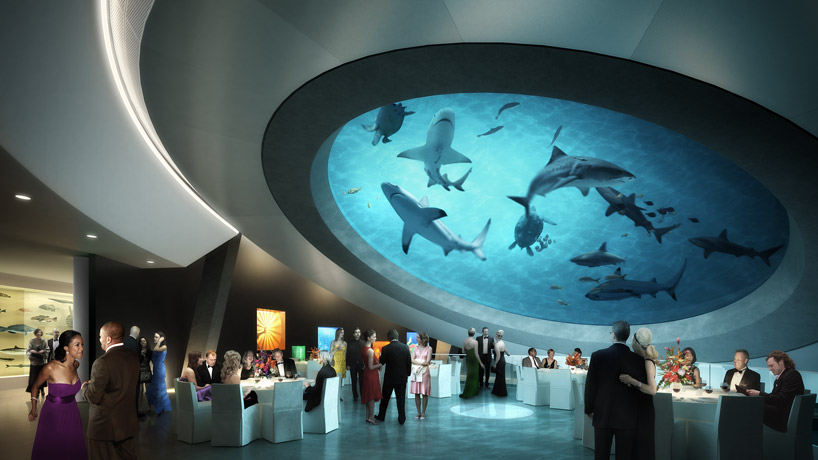 the angle of deflection and water refraction will prevent visitors from perceiving the tank walls, thereby mimicking the open ocean image © grimshaw architects

the heart of the complex is a veritable biosystem, with a tensile fabric membrane roof covering the impressive ‘gulf stream tank’, a 500.000 gallon tilted conical aquarium that allows visitors to peer through a 30 foot diameter oculus. aside from creating interior effects through the refraction of light through water, the geometric parameters of the resevoir are such that patrons will not be able to perceive the structure’s walls, mimicking the environment of the open ocean. engineered for longevity, the form is a monolithic concrete shell reinforced by a radially columned ring beam in the basin’s center of mass. while the living core’s glazed courtyard and aquarium might frame the starting point of each visit, the museum will also contain science galleries and a planetarium, a prominently round feature of the architecture’s formal makeup. the building is served well by public transport, car and pedestrian walkways and is part of a greater ‘museum park’ neighboring the herzog & demeuron design for the miami art museum, covered in progress by designboom here, as well as the performing arts center and arena. slated to open in spring of 2015, this center will provide an environmental context for a burgeoning intellectual and cultural region of the city by furthering the study of the physical, natural and technological world. 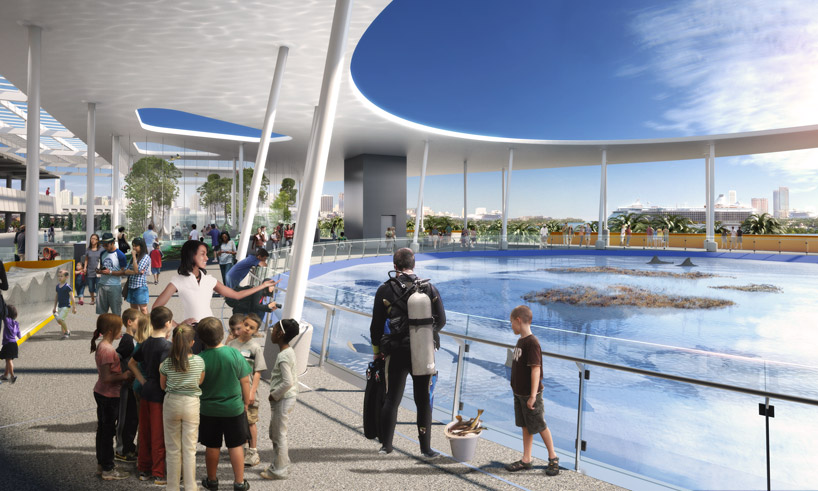 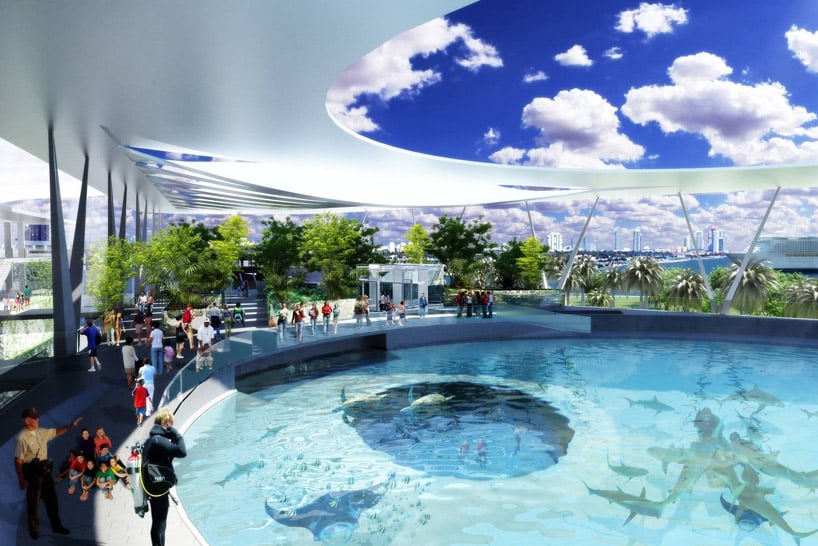 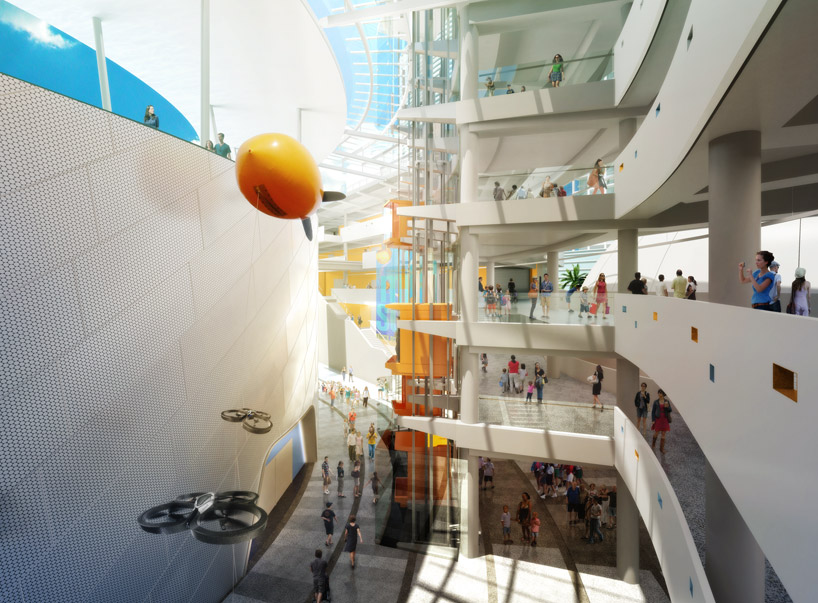 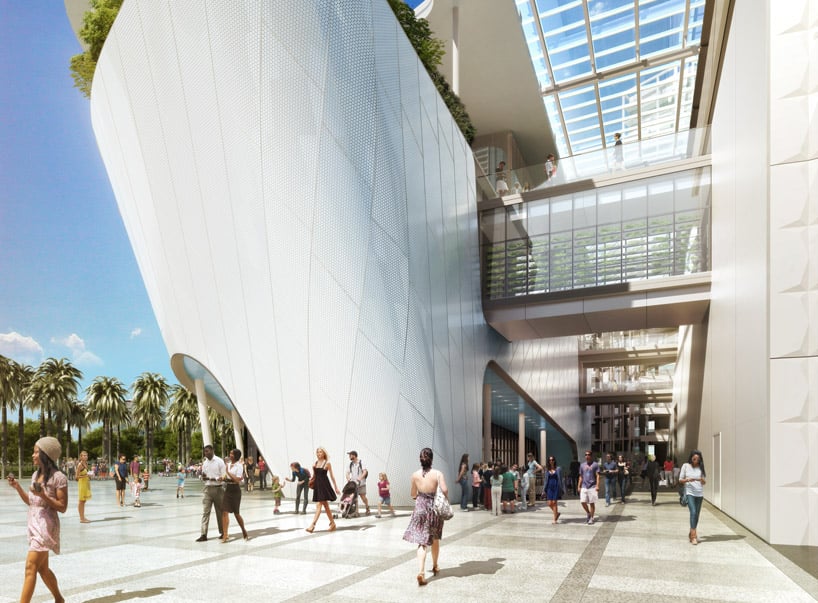 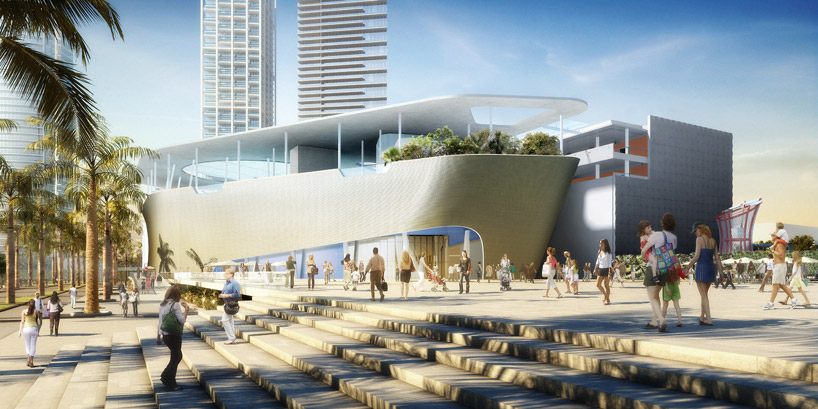 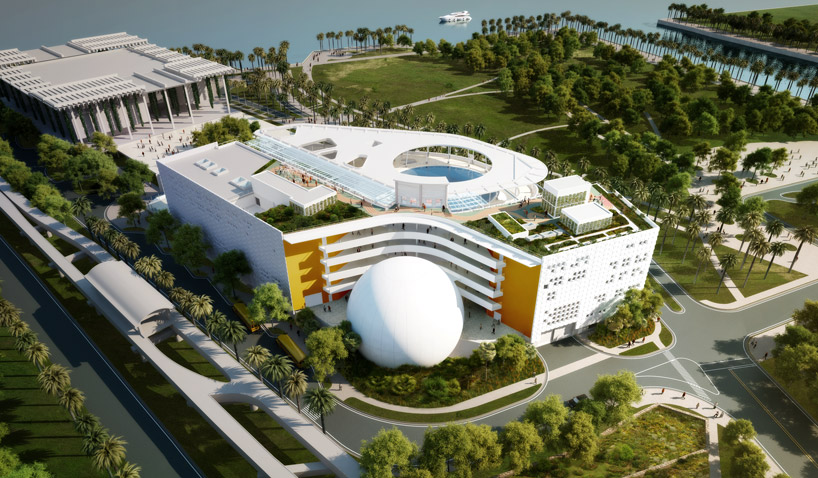 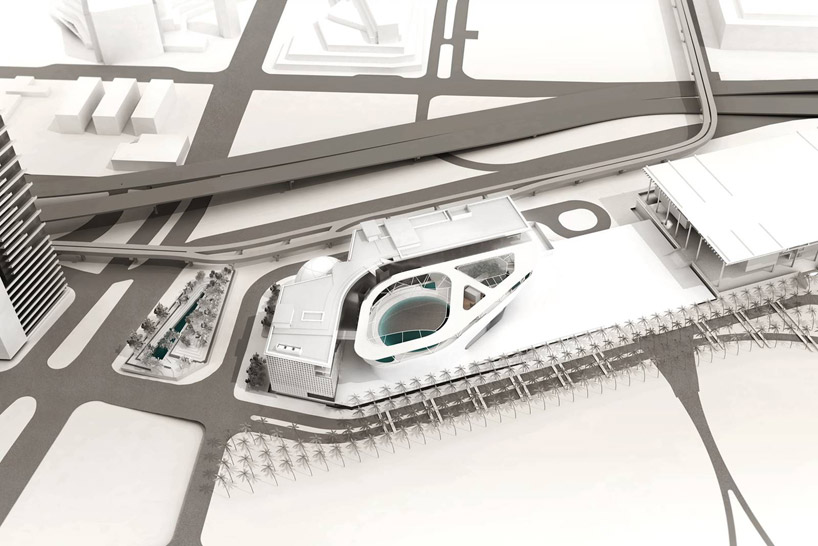