consultants arup and architects grimshaw have revealed images of the proposed high speed two (HS2) terminal at london’s euston station. if and when completed, the terminus will provide high speed rail services from london to the midlands, and eventually to the north of england. the plans form an incremental staged design that will allow construction of the new high speed station while maintaining the site’s existing services. the scheme’s vaulted roof will house 11 new high speed platforms situated below street level. existing platforms will be retained in the current station, which will serve the existing network. 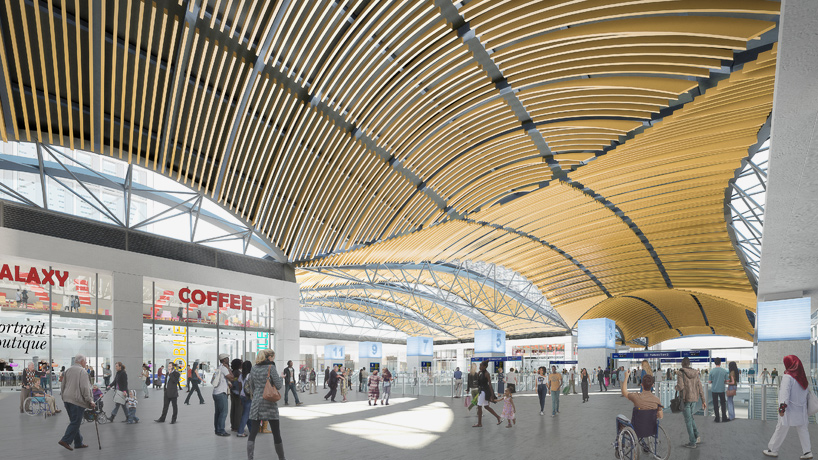 entrances lead to a destination comprising shops, restaurants and cafés

the 25,260 square meter station will be fronted with a glass façade, one of three new entrances that lead to a destination comprising shops, restaurants and cafés. london underground facilities at euston will also be significantly enhanced, with passengers benefiting from connections to new services including a ticket hall and direct subway to euston square station. access to taxis, buses and cycles will also be improved. 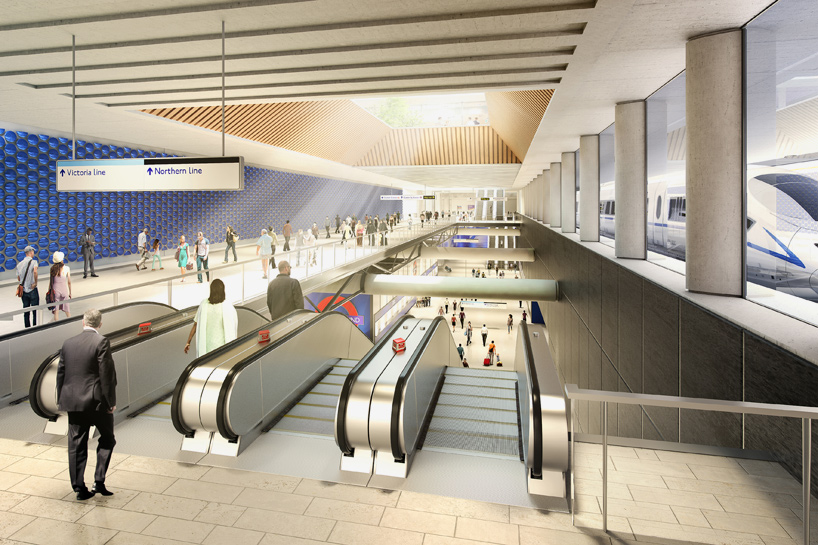 london underground facilities at euston will also be significantly enhanced

‘the new designs are sympathetic to the existing euston station and will turn this historic rail terminus into high speed transport hub,’ commented john turzynski, arup’s project director for the euston station development. ‘the new plans will look to enhance the current underground station to increase capacity and improve links with the rest of london. we’ve witnessed first-hand the benefits that can be delivered beyond capacity and transport links when we worked on the redevelopment of kings cross station and st pancras station as part of our work on high speed one. euston station is an inspiring project that can see HS2 act as a catalyst to create a vibrant destination to visit, work and live.‘ 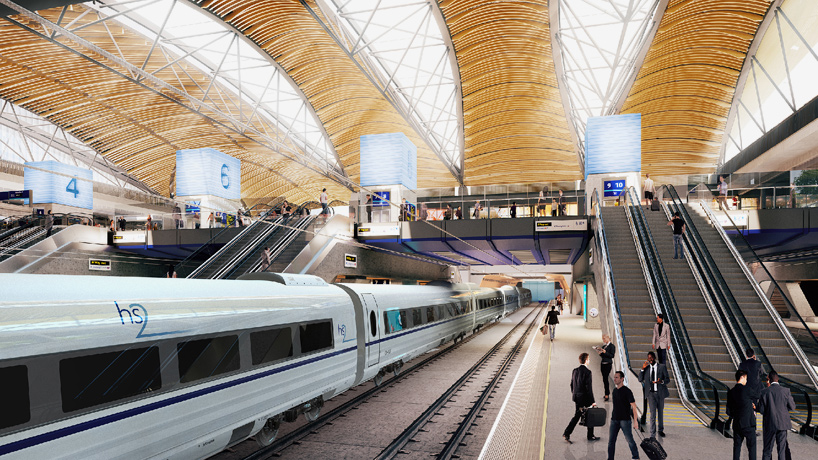 ‘grimshaw’s design for euston station will create some of the grandest civic station spaces in britain,’ explained declan mccafferty, grimshaw partner in charge of the euston station redevelopment. ‘the new public spaces within the station will form a seamless continuation of the streets and squares which make up the city. the design enables new streets to be provided across the station, connecting surrounding communities and encouraging regeneration of the neighboring area.‘

May 26, 2022
jacobschang architecture's 'half-tree house' seems to float among the woods
while the cabin seems to cantilever into the woods, it is actually supported on one end by two trees.
architecture
219 shares
connections: +2110