in the second feature of a film series documenting some of grimshaw’s most important projects, we take an exclusive look inside a mixed-use, mixed-income residential development in new york. ‘via verde’, or ‘the green way’, is a mid-rise 20-storey tower containing duplex apartments and town-houses. located in the south bronx, the development contains 222 residential units, 71 ‘for sale’ units for middle-income households, and a balance of low and moderate income rentals. 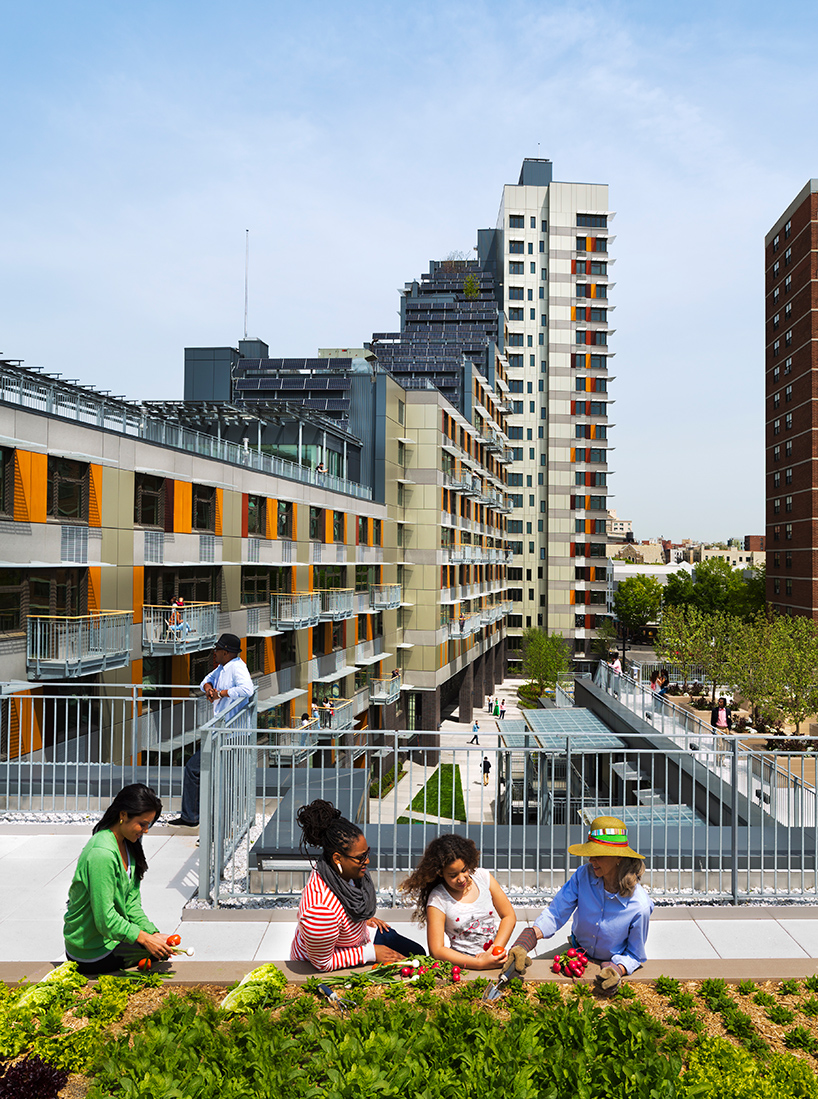 in 2006, grimshaw won the first juried design competition for affordable housing in new york city. the brief called for a scheme with sustainable practices and healthy living principles that could serve as a replicable model for future developments in the city. as its name suggests, the focal point of ‘via verde’ is a garden that serves as the community’s organizing element. the garden begins as a courtyard at ground level, before spiraling upwards through a series of programmed, south-facing roof terraces — creating an ascending promenade for residents. 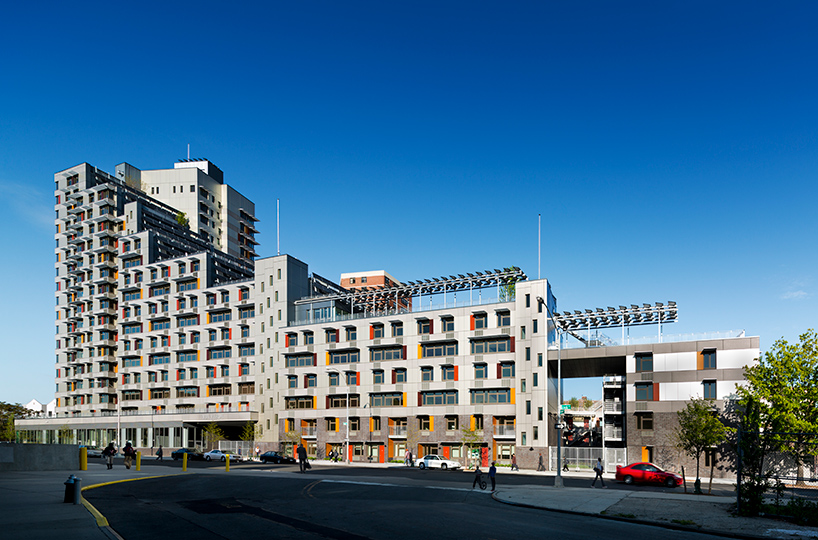 each apartment ensures cross-ventilation and daylight, as well as low VOC finishes, and water and energy conserving fixtures. the building’s high-performance façade uses a pre-fabricated rain screen with composite wood, cement, and metal panels. ‘the composition of ‘via verde’ seeks to promote both a healthy lifestyle and a vibrant community, promoting wellness and social well-being through increased physical activity, shared common spaces and access to natural light and fresh air,’ explains grimshaw.

see our first featured film here, where sir nicholas grimshaw returns to a residential building in london where he lived with his family for six years. 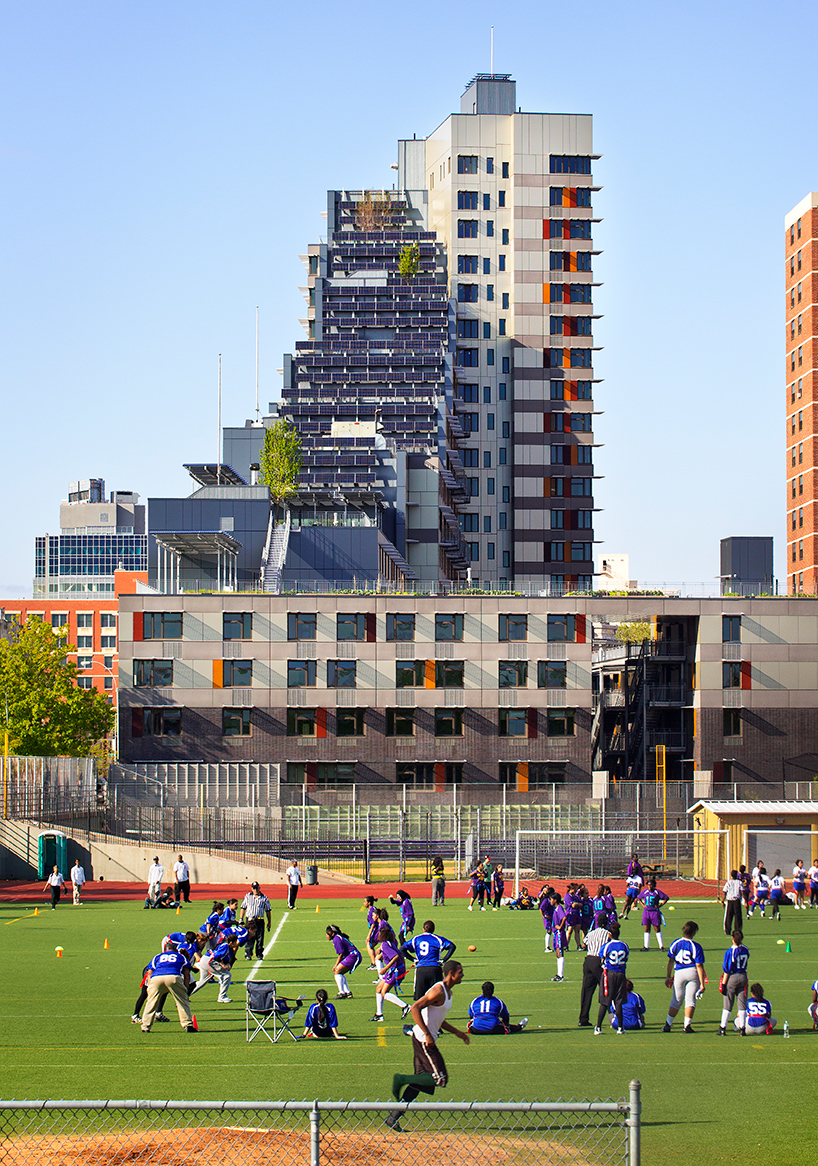 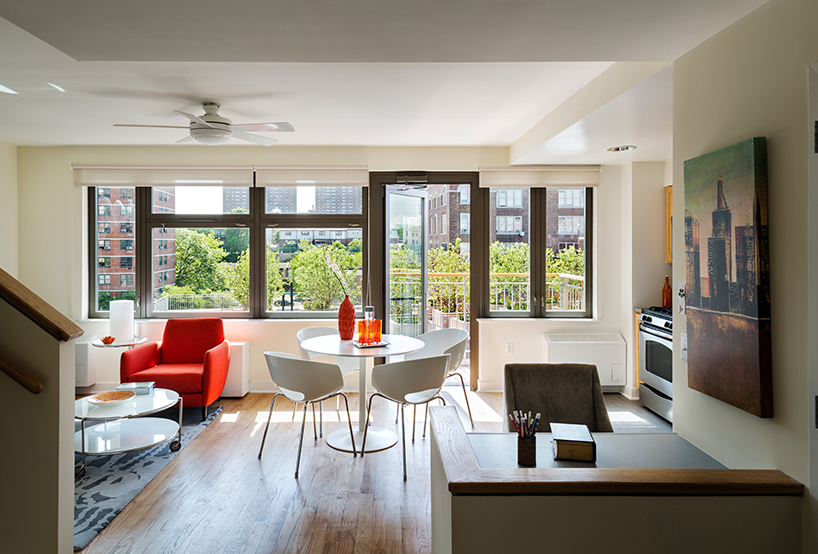 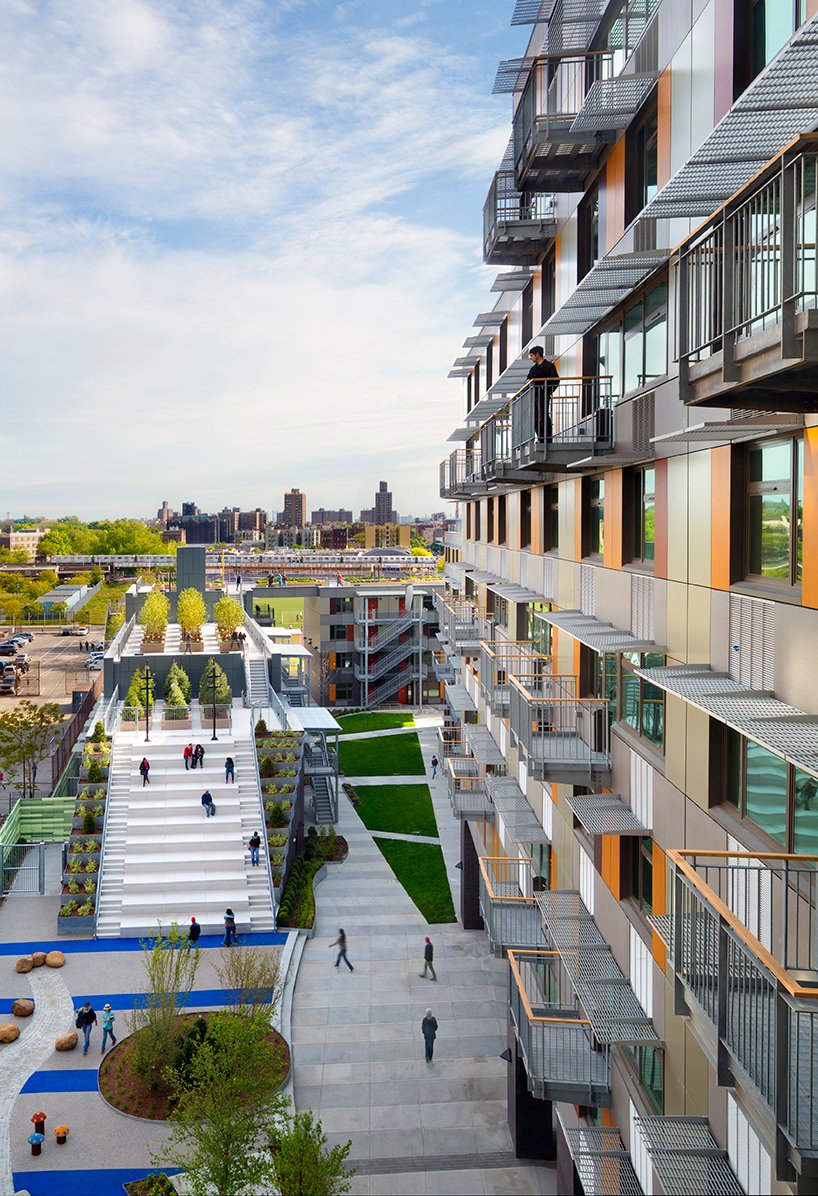 rather than elevators, residents are encouraged to use stairs and walkways
image by david sundberg © esto 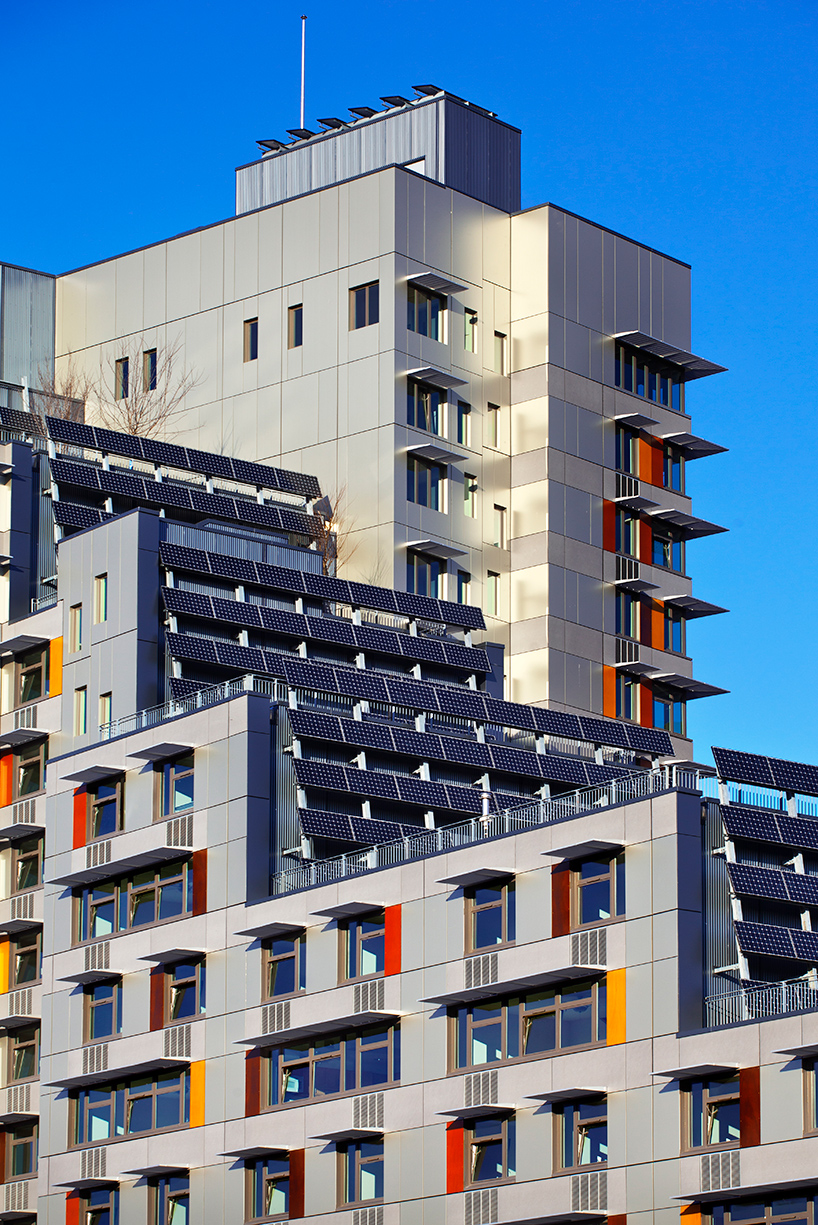 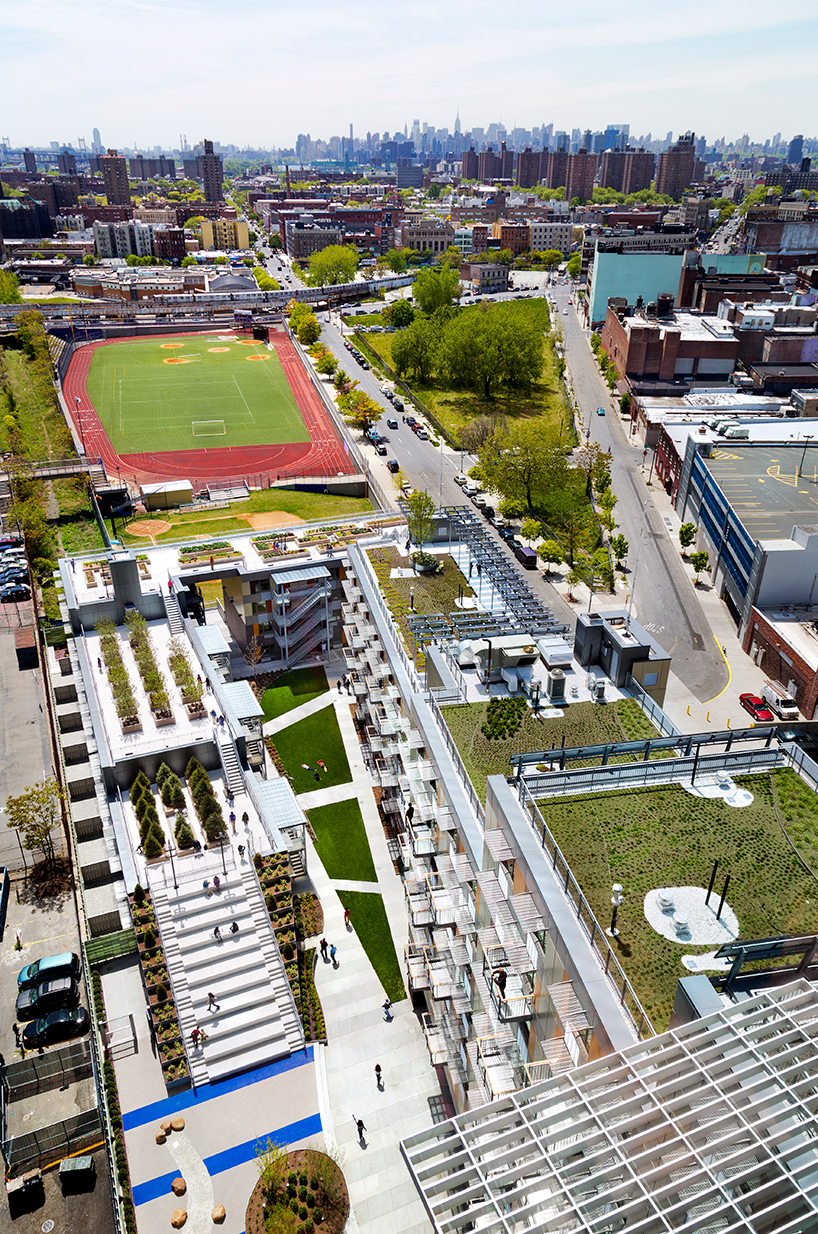 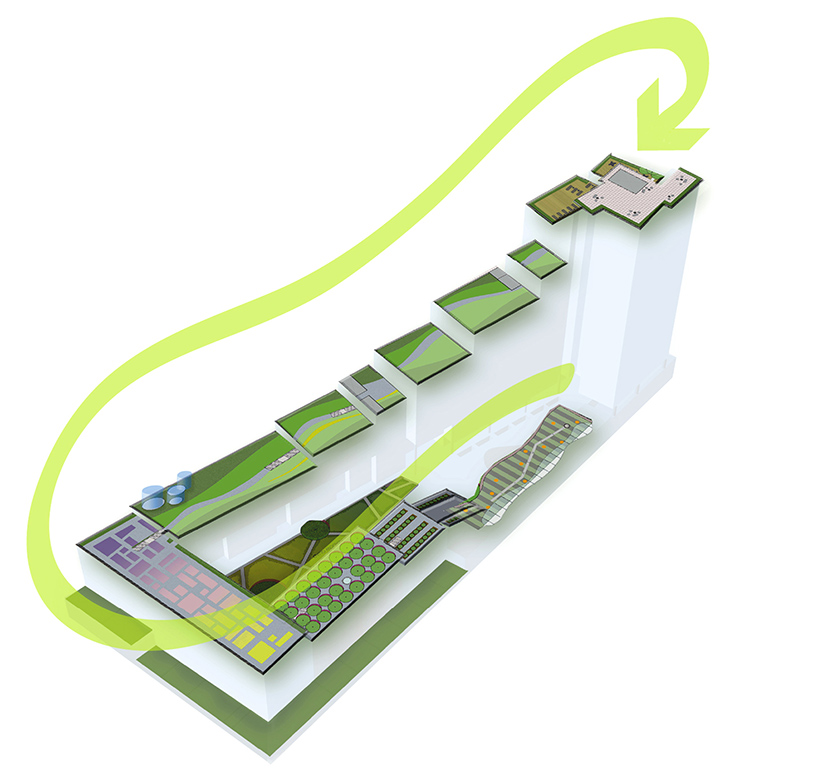 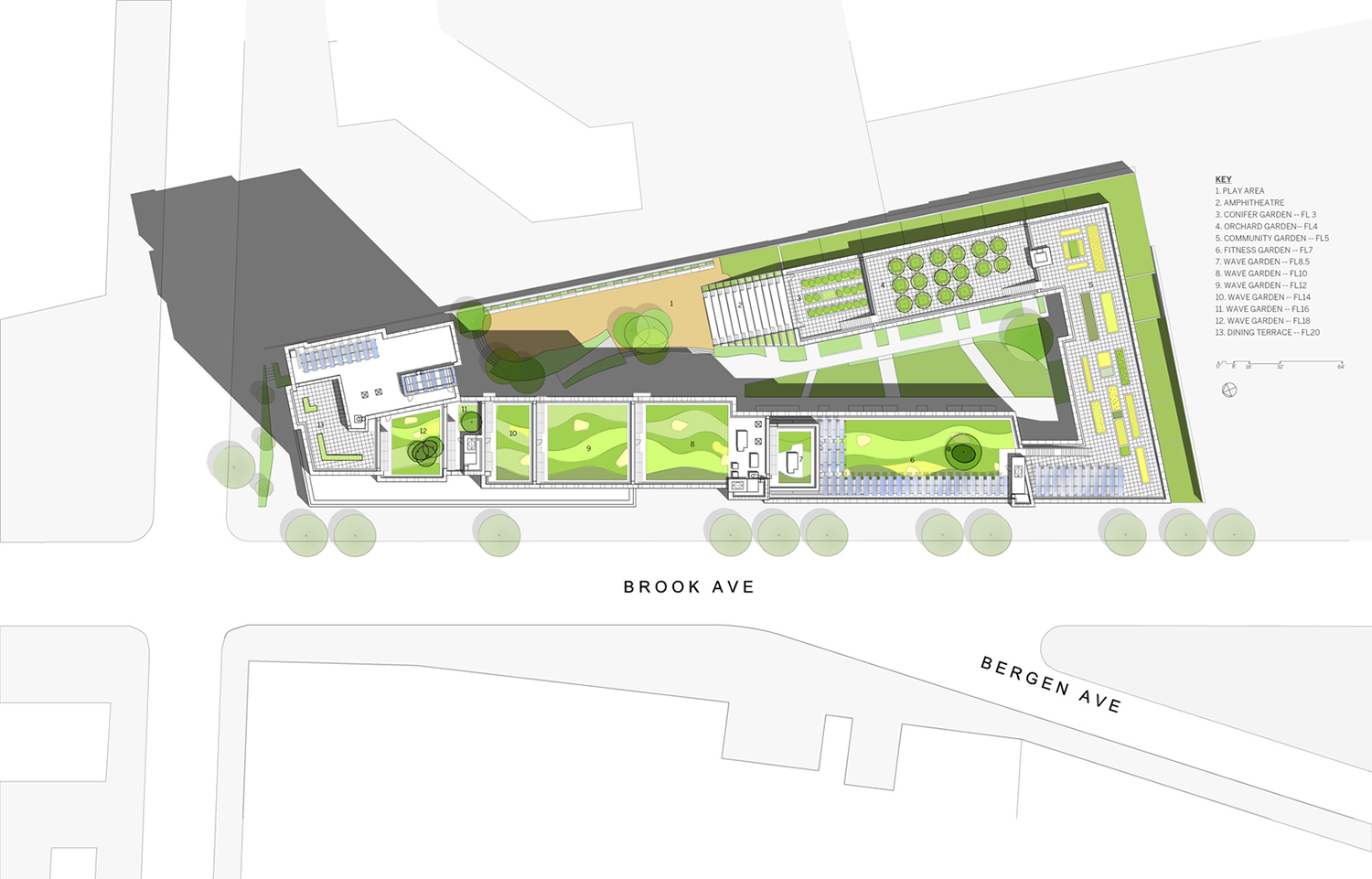 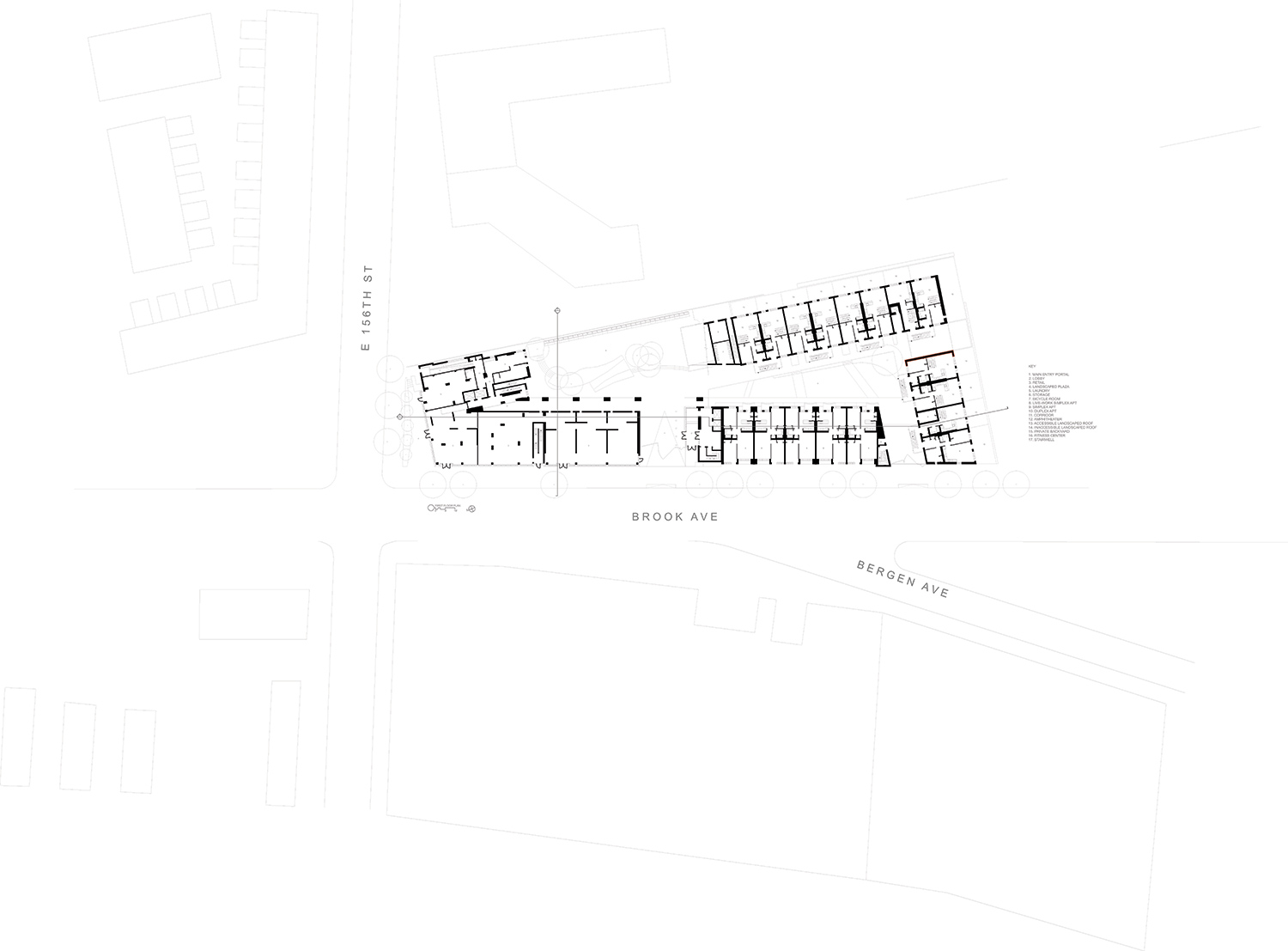 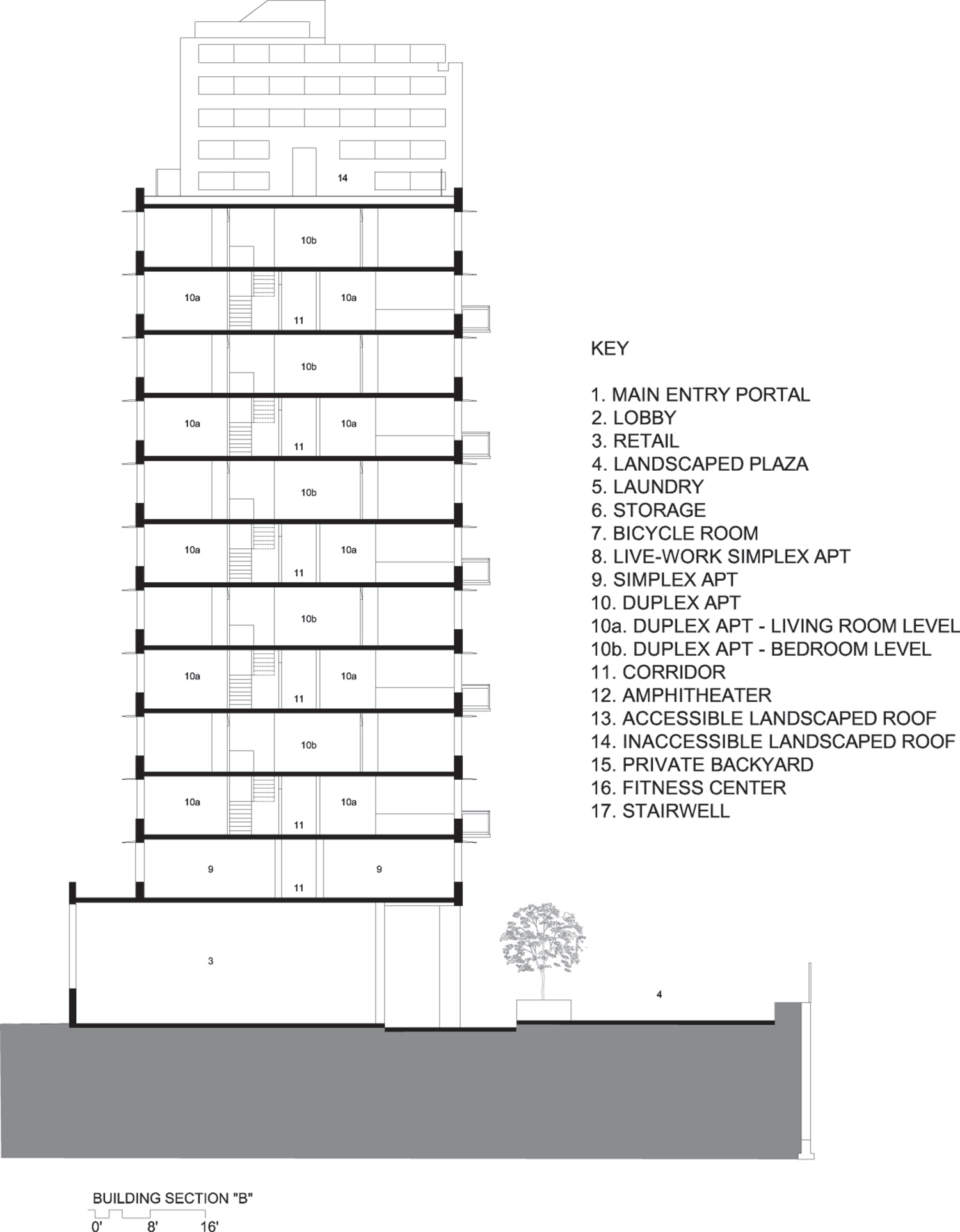