‘BP rotterdam refinery’ by group A in europort, the netherlands all images courtesy group A

dutch architecture practice GROUP A has completed ‘BP rotterdam refinery’, a multi-storey office complex in europort, the netherlands. partially inserted into the man-made dunes of the site, the design rises out of the ground with a continuous green roof that merges the building with the surrounding landscape.

located within the transitional zone between the industrial landscape of refineries and the lush green and wetlands of the brielsemmer, the project was approached as an architectural intervention that could highlight and strengthen the potential of the site. the north end of the curving building emerges out of the landscape while the south end becomes clearly visible from the nearby suurhoff bridge and hartel canal. in response to the solar orientation, the arching facade gradually changes from transparent to opaque, preventing overheating for the interior microclimate while maintaining a level of natural daylight. the concave form of the volume also provides an efficient form of access to the office complex. 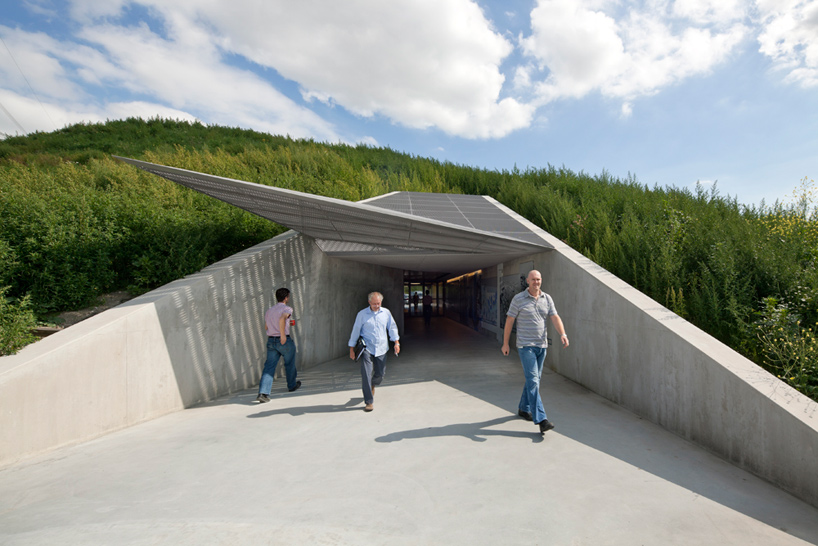 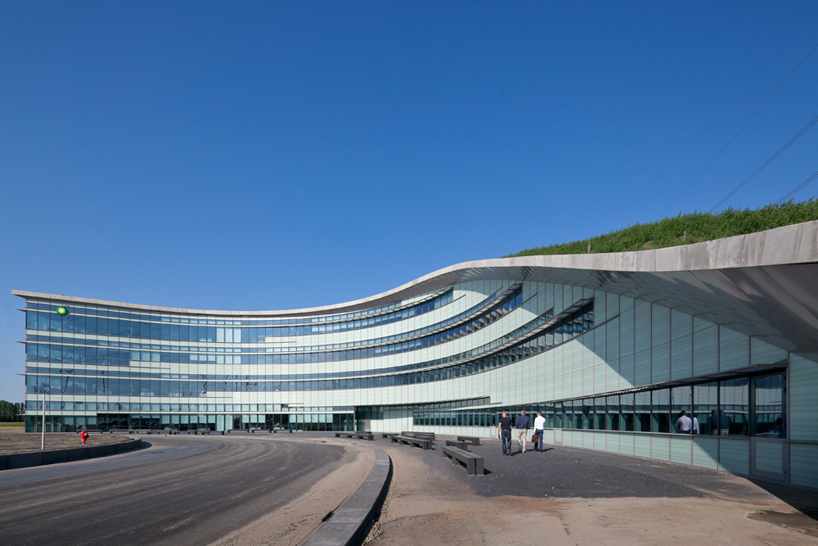 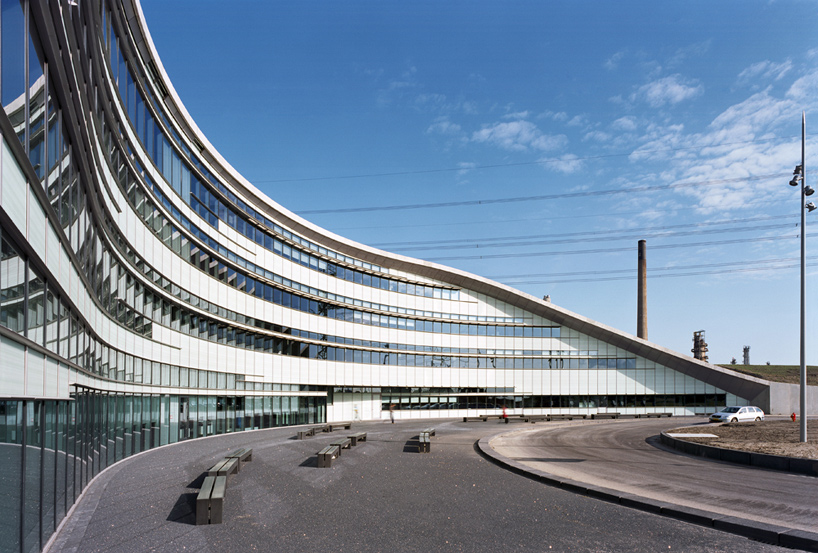 composed of two wings of office space, the interior is divided by an elongated atrium that seeks to promote open communication as well as a sense of connection between employees. the proportions and dimensions of the space undulate along the cut edge of the dune. meeting rooms are rendered as ‘sky-boxes’, a series of box-shaped volumes that are pushed into the open volume of the atrium. the surface treatment references natural geological layers with timber slats of different size and colours. 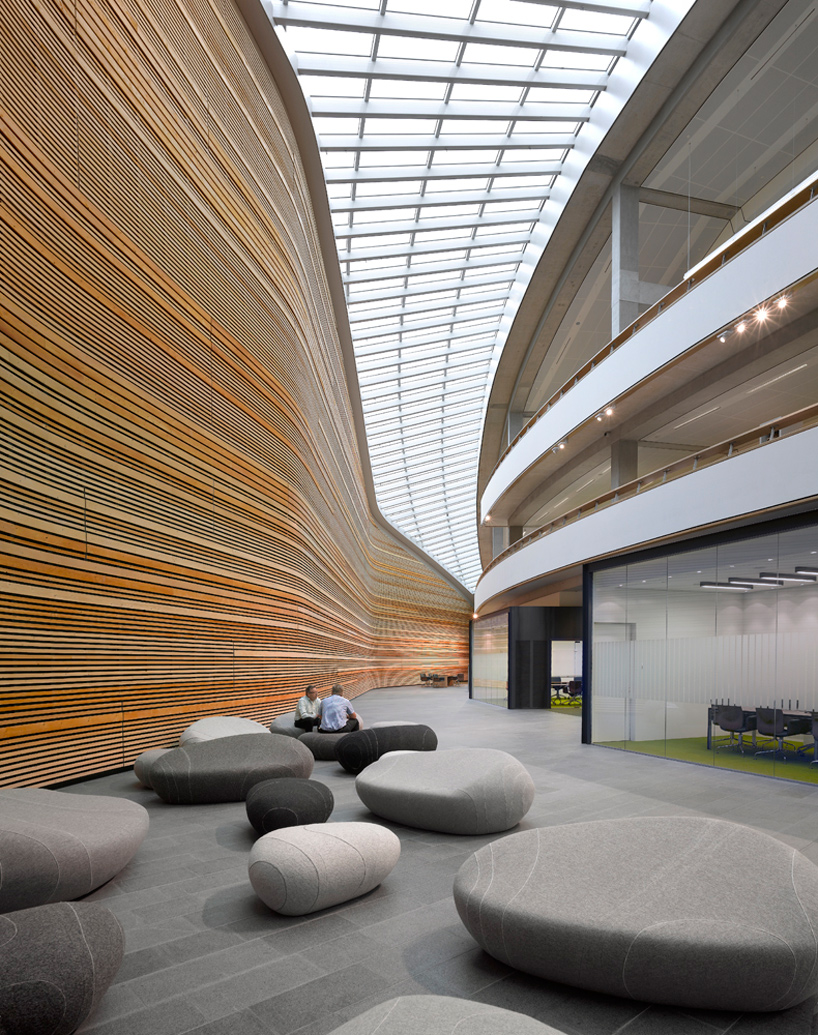 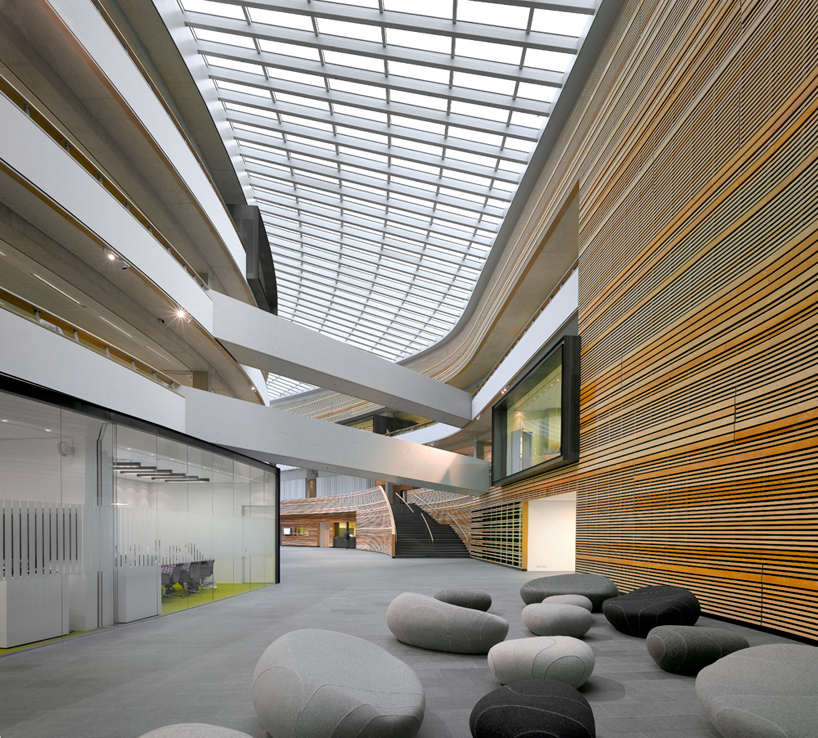 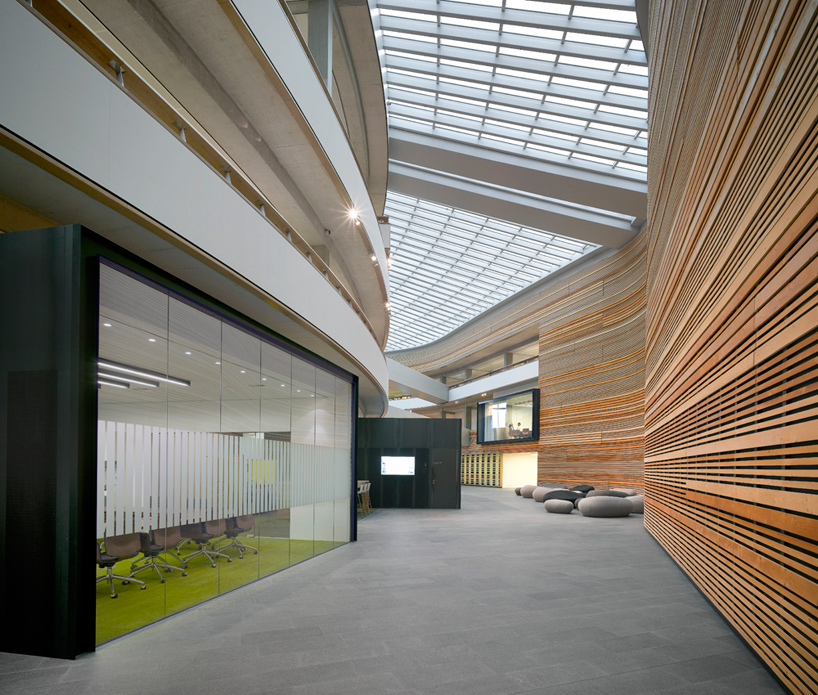 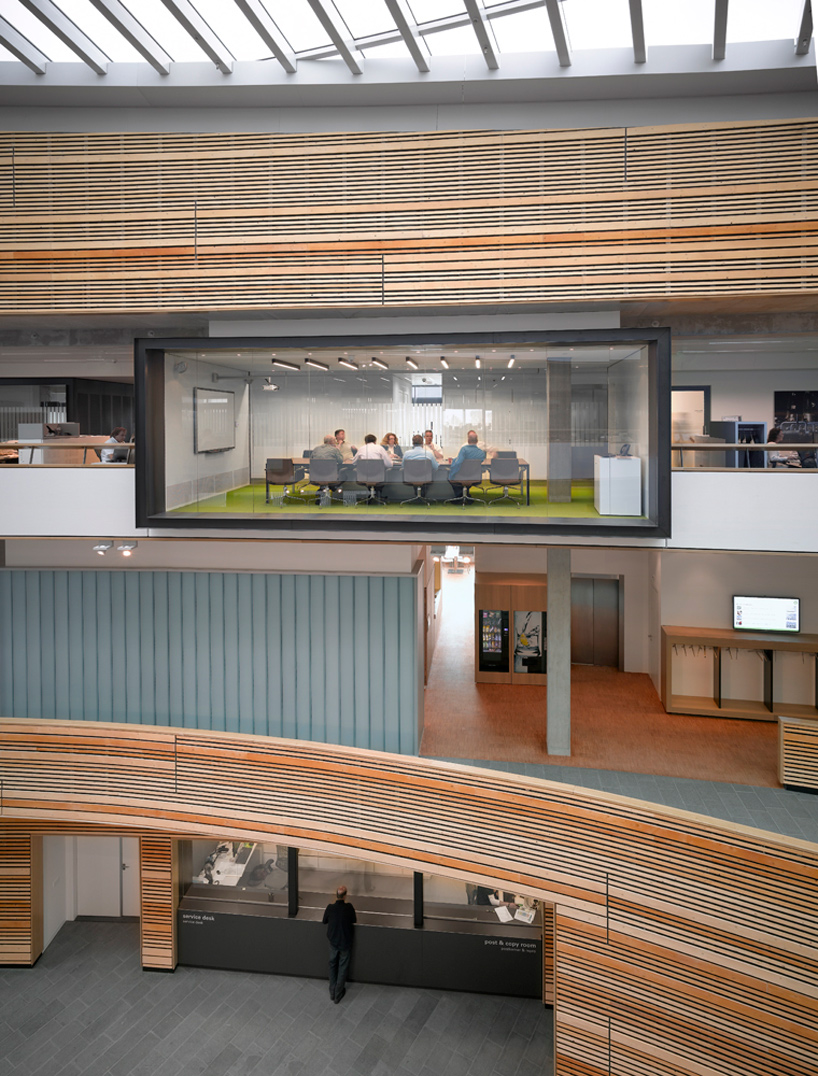 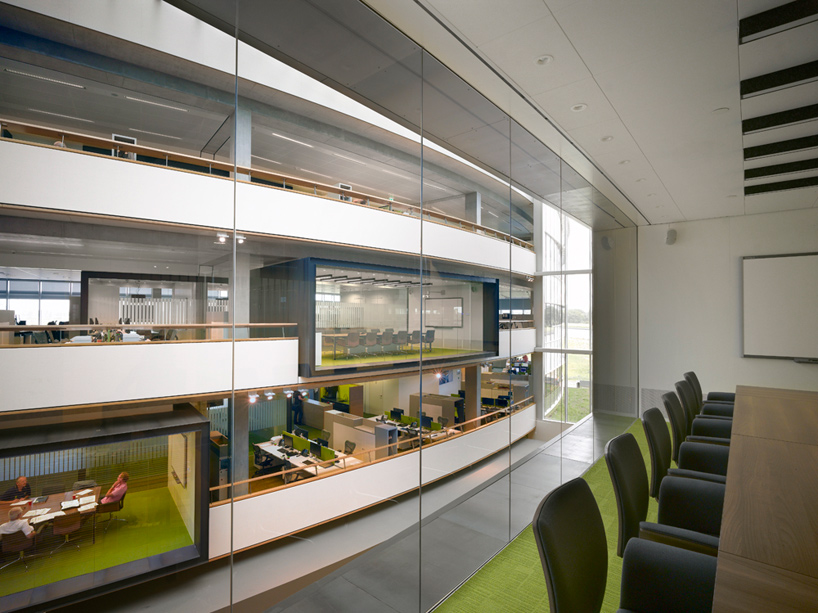 view into atrium from meeting room 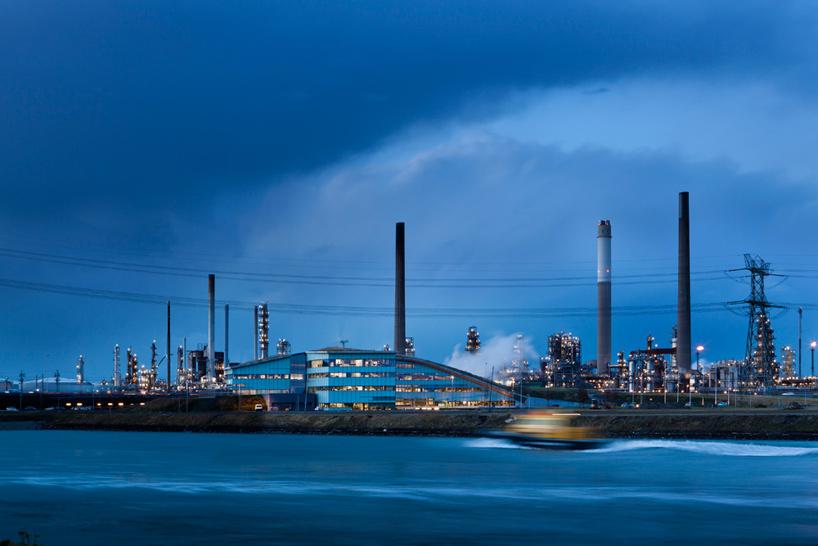 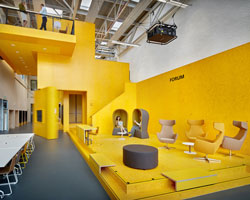 Oct 13, 2017
GROUP A brightens up teaching lab in winning design 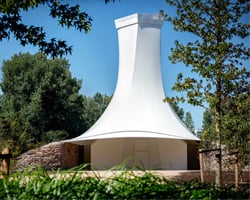