inside the shiny ginza six shopping mall in the heart of tokyo, the vast atrium space has been designed by gwenael nicolas of curiosity. the futuristic character of the mall is reflected and most apparent in this atrium; where a delicate balance between traditional japanese and contemporary architecture is introduced. 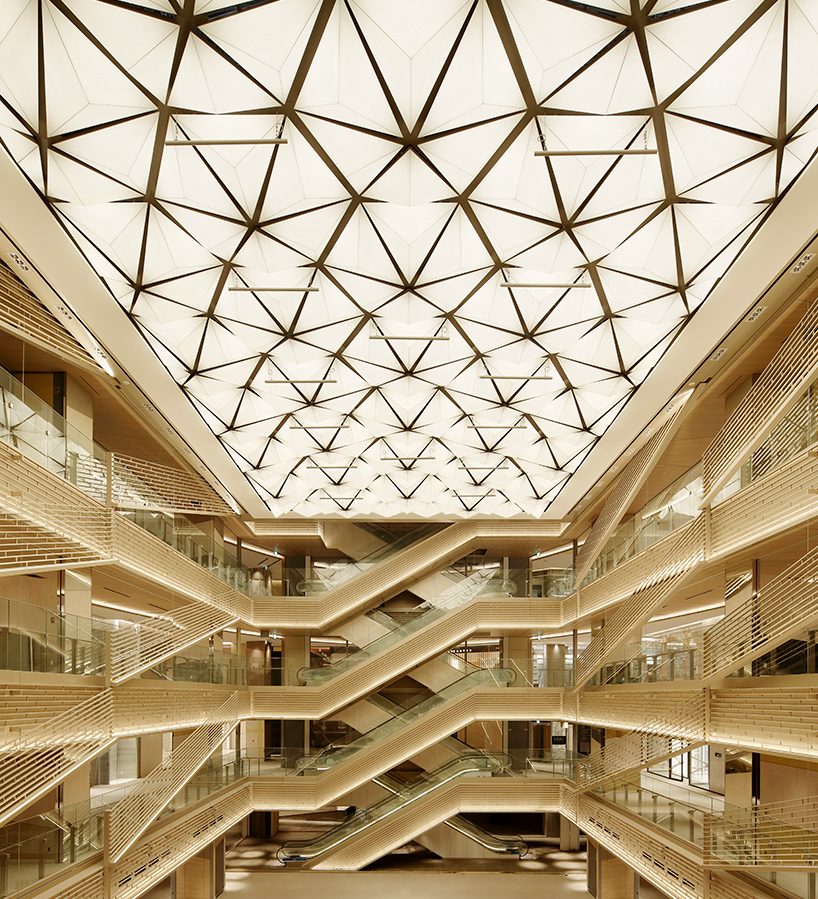 the mall itself boasts the largest area for a retail scheme in the ginza area where around 241 brands are available and the shops organized around the core atrium. gwenael nicolas applied japanese-influenced elements including the asanoha leaf pattern onto the ceiling, which was then recreated it into the six faceted light sculptures. furthermore, washi paper envelops the ceiling as an extra layer creating an ethereal and glowing effect. 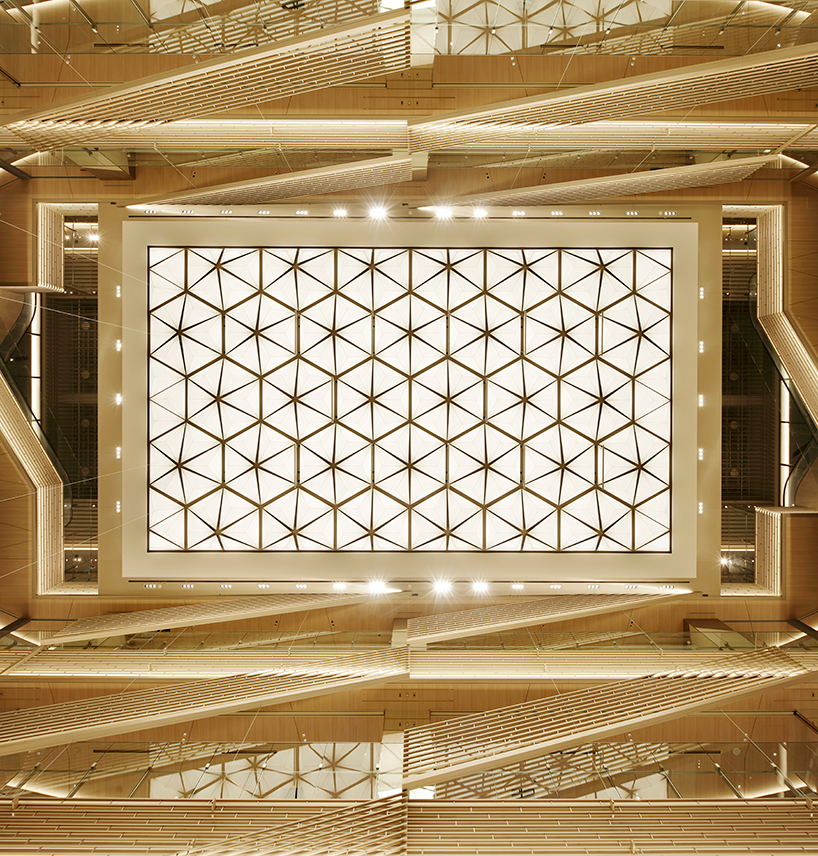 the goal of the designers was to achieve a sense of opulence and this was established by the attention to detail and choice in materials. furthermore, a close collaboration with artisans and artists adds a human touch and a sense of proximity and compassion to the project. along with the vast height of atrium, the spaces revolves around like a spiral where even the elevators and circulation spins around the space. 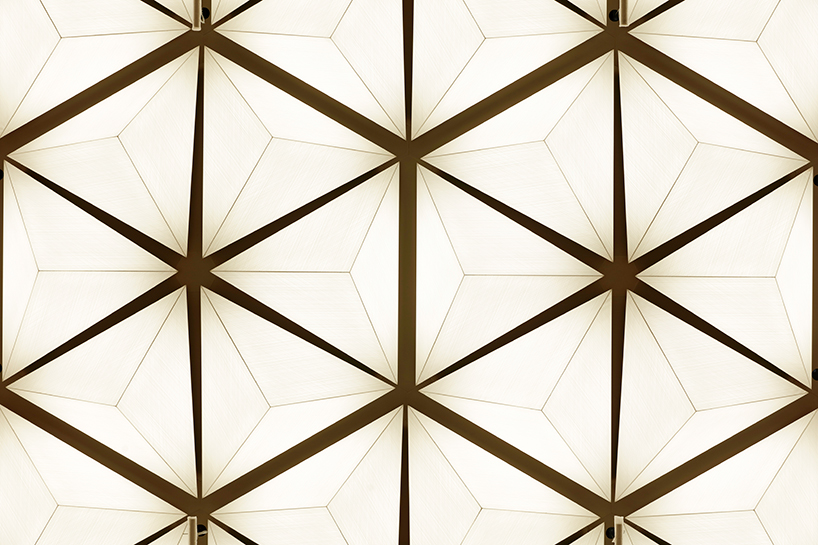 a spiraling effect directs gaze upwards and invokes a sense of discover to attract visitors through the different floors and areas. a sense of surprise and renewed discovery is also influenced by the distinctive angle and skip-shaped-layout of the retail areas. the apparent arbitrary feeling of the floorplan was in fact carefully choreographed to place focus on each store and influenced by a small ginza street for its unity and easy navigation. 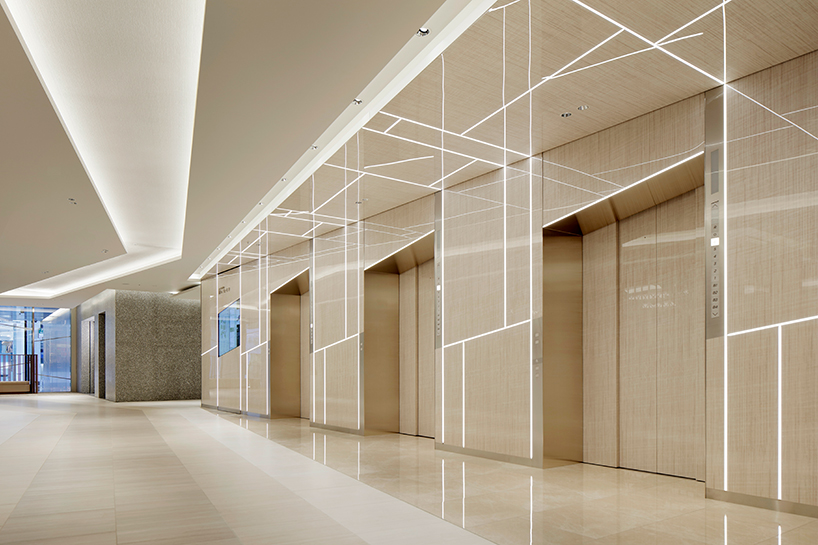 recessed lighting, reflective surfaces give off the futuristic image the mall embodies 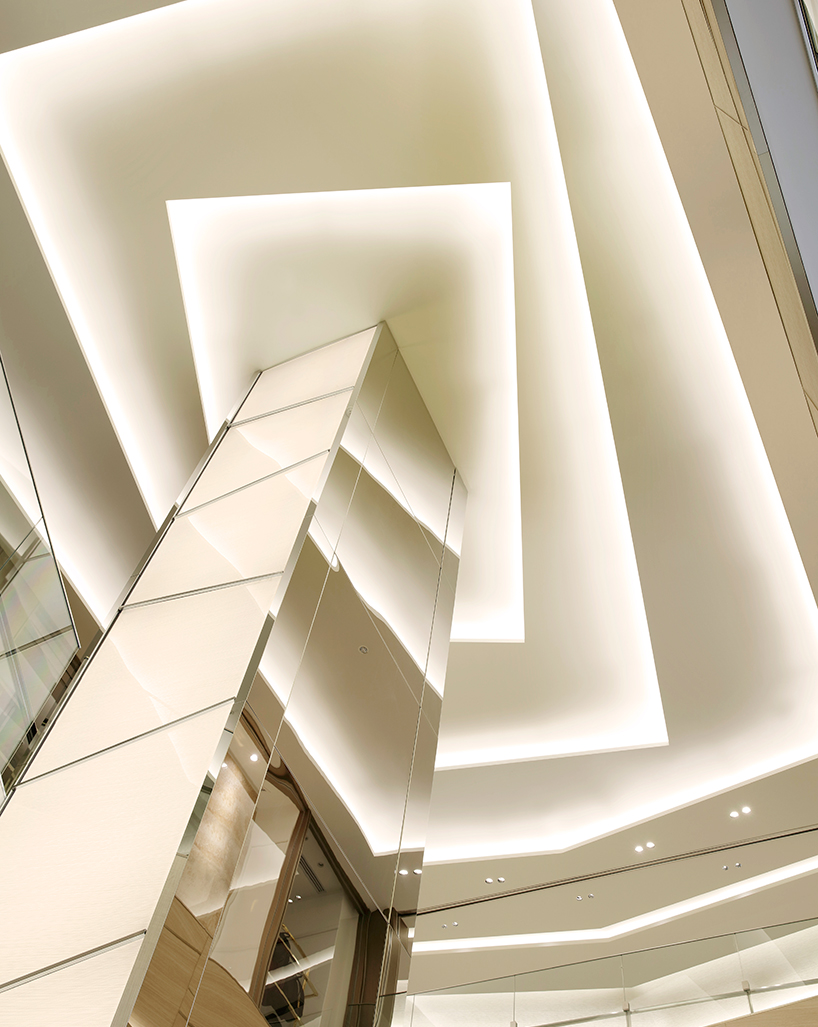 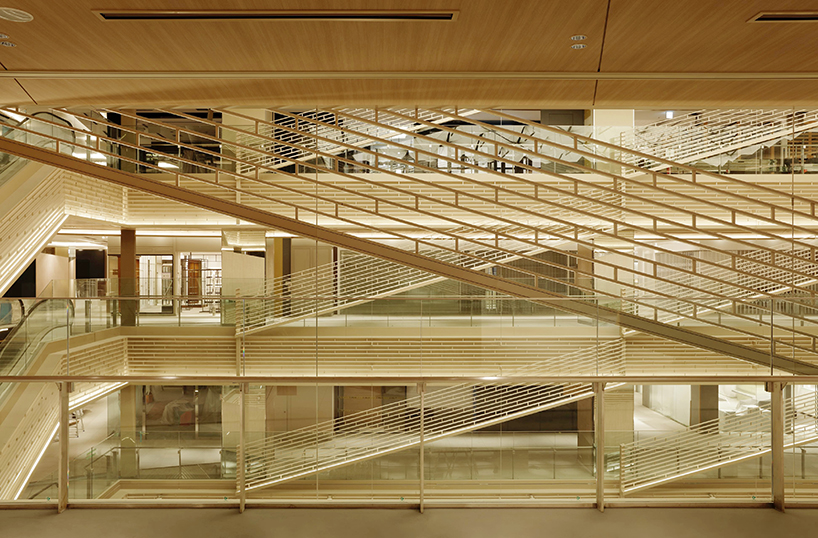 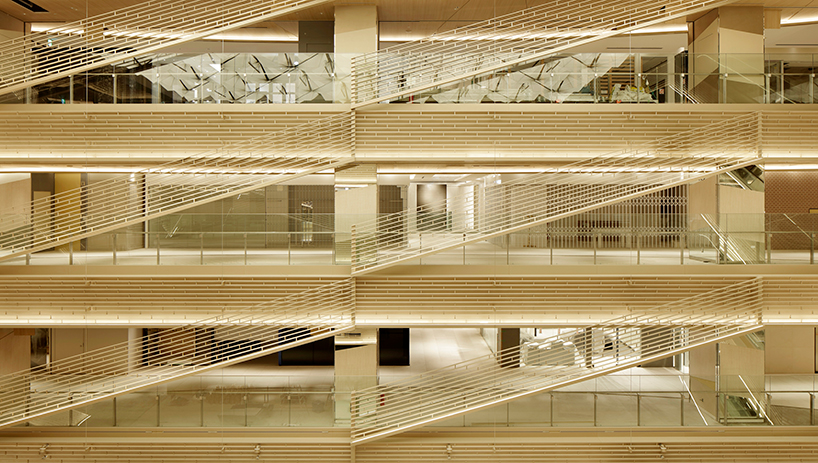 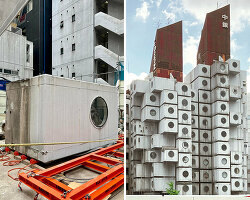 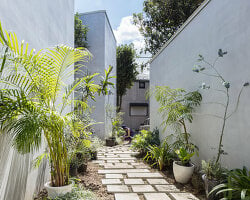 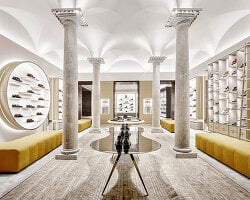 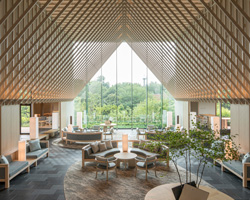 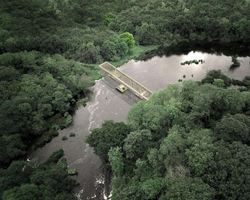 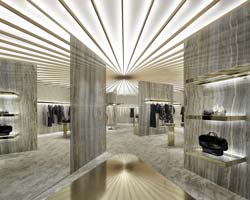 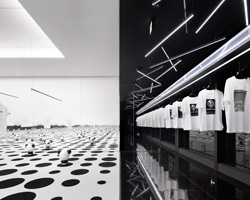