actress gwyneth paltrow is stepping into real-estate with plans to develop an private members-only ‘the arts club’ in los angeles. embodying similar attributes to london’s soho house, according to sources, the actress and the arts club chairman gary landesberg have purchased a site on west sunset boulevard – a plot which hosted the famous hustler store building. plans and renderings released show that american practice gensler will be taking charge in turning the coveted site into a 132,000 square foot building to host an array of amenities such as a wellness club, restaurants, cinema, guest rooms, night club and a four-leveled underground car parking lot. 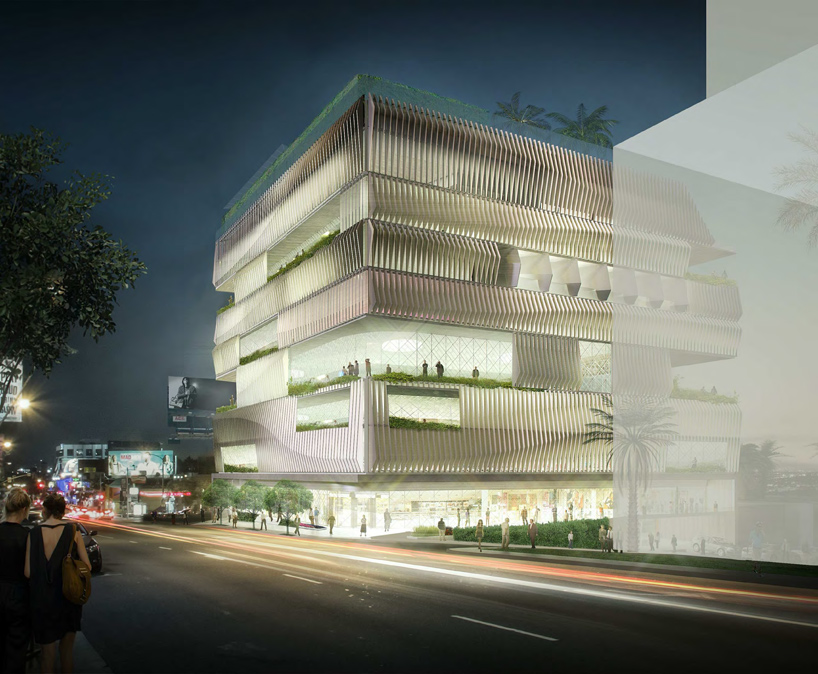 the eight-storey building shows a façade wrapped in perforated metal fins which are mechanized to promote and prevent views. at the same time, some floors will feature sheltered outdoor areas filled with greenery and ultimately, the exclusive institution will be topped with a rooftop terrace, pool and a helipad. 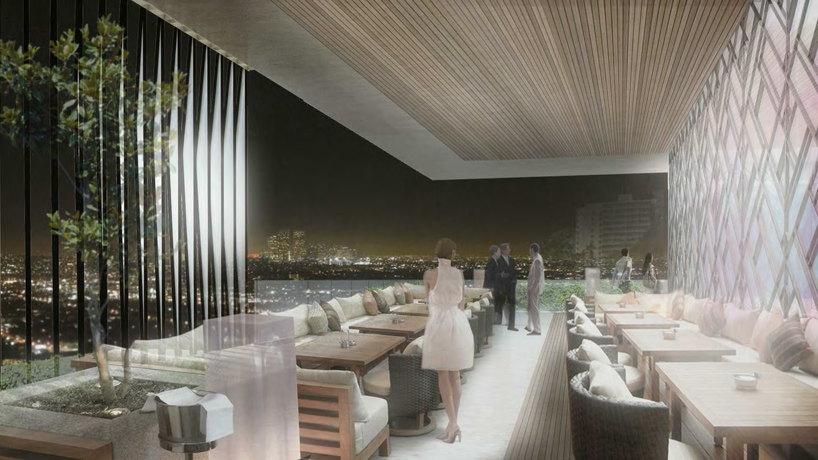 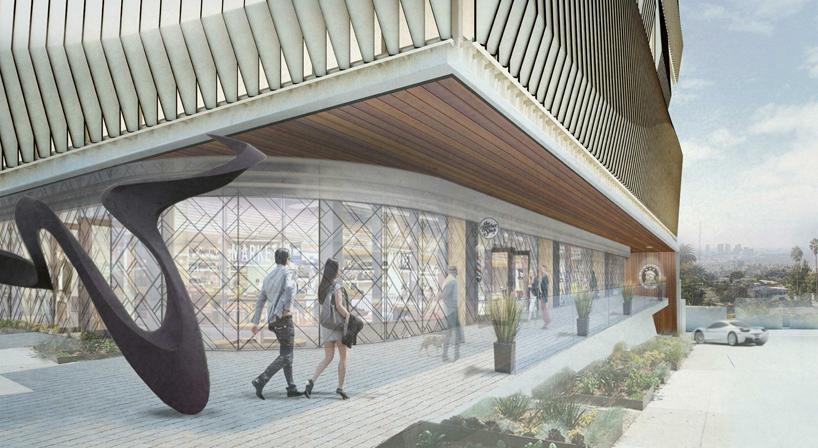 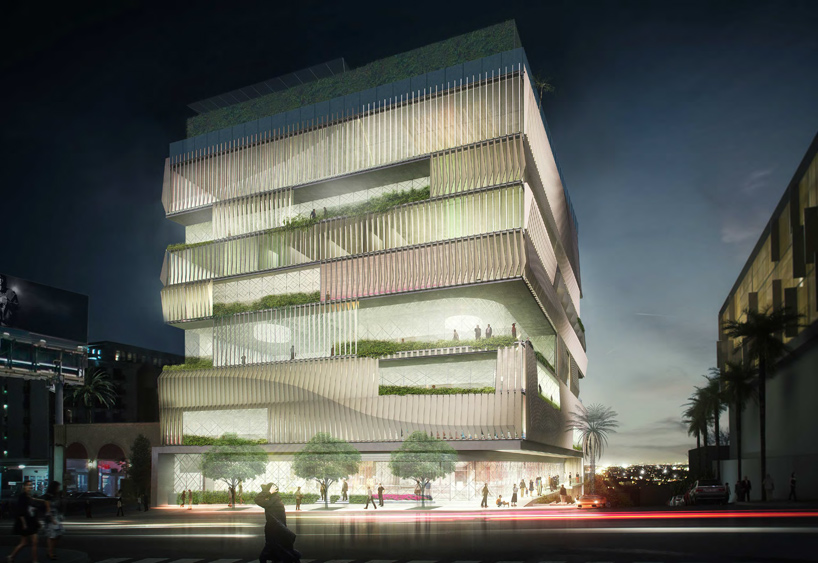 the institution will be a paid-membership only, similar to soho house in london 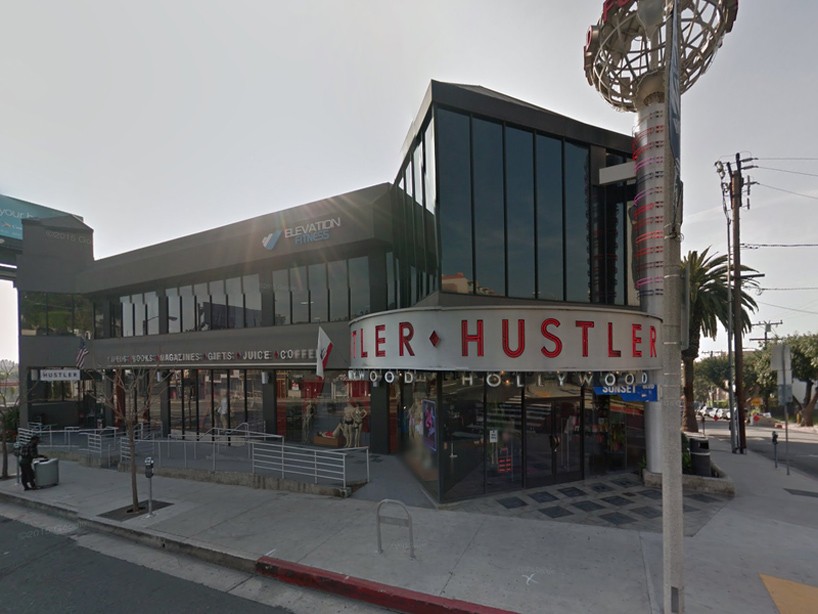 the location will be in west hollywood, the site of the former hustler building
image courtesy of LAeater