GXN, a branch of danish architecture firm 3XN, has teamed up with william mcdonough to develop a masterplan for the ‘agro food park’ (AFP) near aarhus, denmark. referred to by the designers as the ‘silicon valley of agriculture’, the project aims to create a geographic hub for farming innovation. ‘AFP will incorporate the benefits of urban density with the proximity of agricultural test fields in an open campus where academic institutes and commercial businesses can collaborate, grow and prosper,’ explains the design team. ‘this project will not only benefit danish agriculture, but also serve as a benchmark for future global food industry development.’ 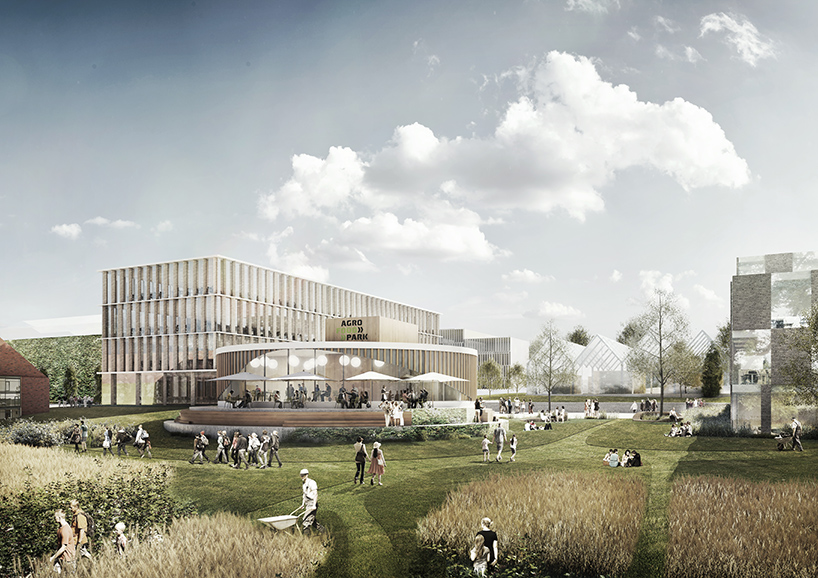 the masterplan intends to expand the facility by an additional 280,000 square meters

owned by the danish agriculture & food council, AFP originally opened in 2009 and currently spans a total of 44,000 square meters. the food park is home to 75 companies with nearly 1,000 employees. GXN and william mcdonough + partners’ masterplan — which was developed in collaboration with 3XN, BCVA and urland — intends to expand the facility by an additional 280,000 square meters in multiple phases over the next 30 years. 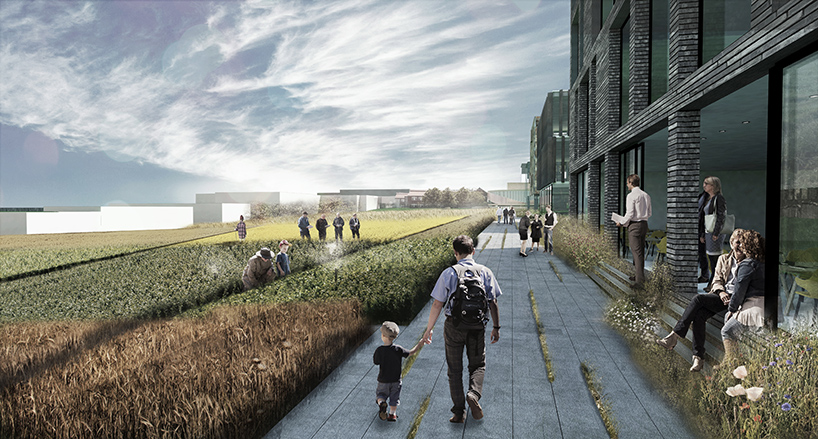 the masterplan comprises three key elements: the lawn, a central communal green space that also functions as a ‘showroom’ for agricultural and food production experimentation; the strip, the site’s main thoroughfare that features the character and density of an urban space; and the plazas, five squares that bind together clusters of buildings and create neighborhoods with different identities. 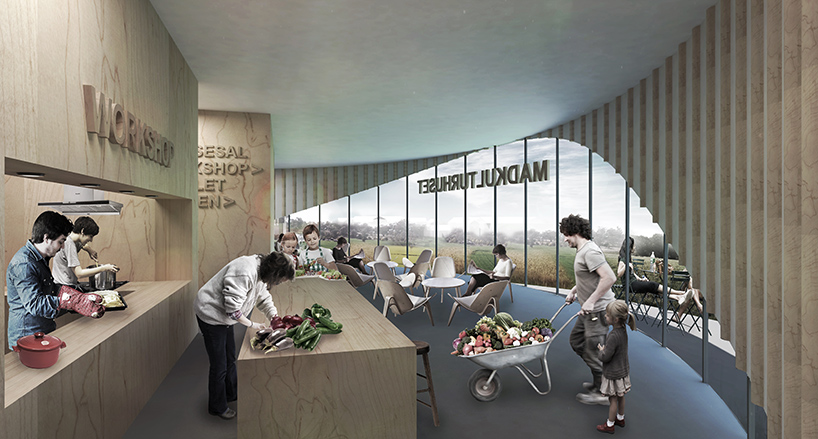 in developing the vast scheme, the design team identified five focus areas that contribute towards an eco-effective design approach, including: healthy materials, clean energy, increased biodiversity, healthy air and clean water. ‘innovation occurs best when knowledge is concentrated in clusters and cross-pollinated,’ says kasper guldager jensen, director of GXN. ‘by linking food production to urban life, we have tried to create an environment where people, knowledge and ideas meet. the dream is to create the framework for agriculture’s answer to the silicon valley.’ 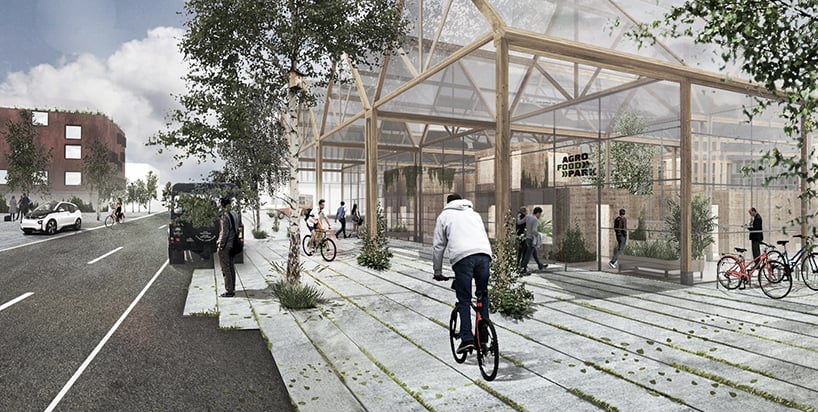 ‘we are in the ecological century. after decades of unthinking destruction of climate, water and land, now is the time to restore and replenish the biological resources of our planet for all of earth’s species,’ adds william mcdonough. ‘a carbon positive city demonstration at the agro food park can be the embodiment of this new century – its clean water, air, soil and energy serving as a continuous source of economic and ecological innovation and regeneration, redefining how we can enact a positive and abundant future.’ 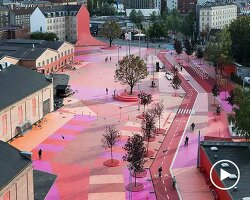