as part of an international call to design the new ‘barjeel museum for modern arab art’ in sharjah, iranian architect habibeh madjdabadi presents her concept, which was awarded honorable mention in the rifat chadirji prize 2019. conceived as an architectural and cultural landmark for the area, madjdabadi’s idea can be described as a contemporary interpretation of the barjeel – the arabic name for the wind towers that are traditionally used in the gulf region to provide ventilation in the hot desert climate. 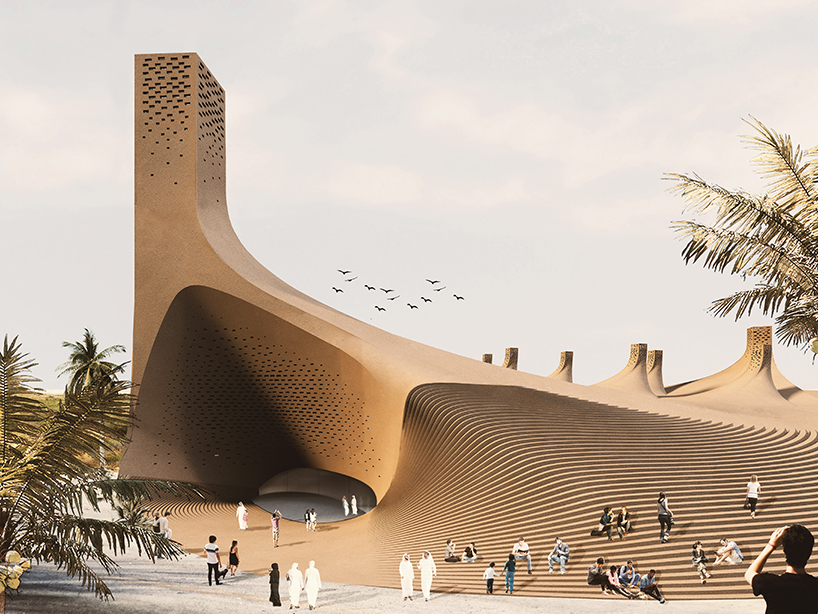 all images courtesy of habibeh madjdabadi

when embarking on the project, the main challenge was creating a place to host the contemporary art collection while at the same time considering the local cultural heritage and environmental conditions. madjdabadi therefore formed her architectural response around two central objectives. firstly, to establish an intelligent and tangible relation with the context and with the barjeel foundation, and secondly, to fulfil the functional requirements of the competition through an efficient distribution of the activities and paying particular attention to the surrounding urban structure. 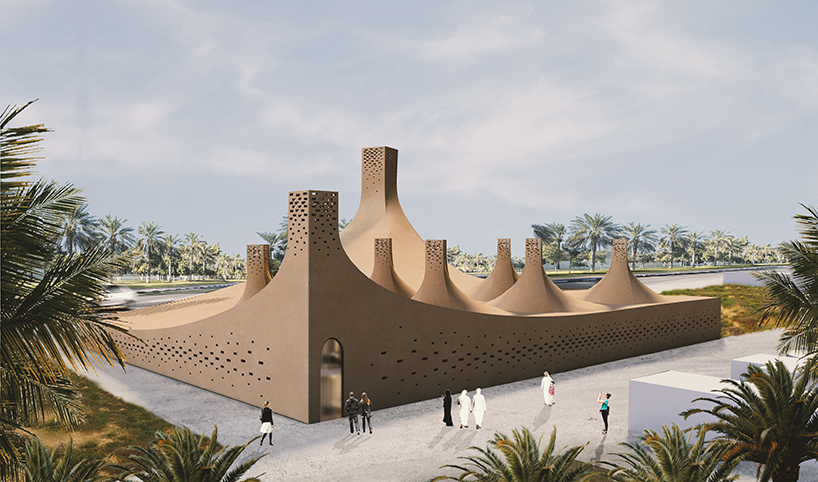 the library has an extra entrance from the neighborhood street, connecting the building to the al tarfa district in sharjah

to form the design, the architect first carefully analyzed the context, which is shown through the positioning of the volume and the choice of material and architectural components. the character of the proposed building is defined by the sweeping, organic forms that evoke the feeling of undulating sand dunes. the smooth waves of the roof peak into seven barjeels, representing the seven emirates of the UAE. a bigger barjeel, 35 meters-tall, is located above the main entrance and acts as a landmark dedicated to the city. 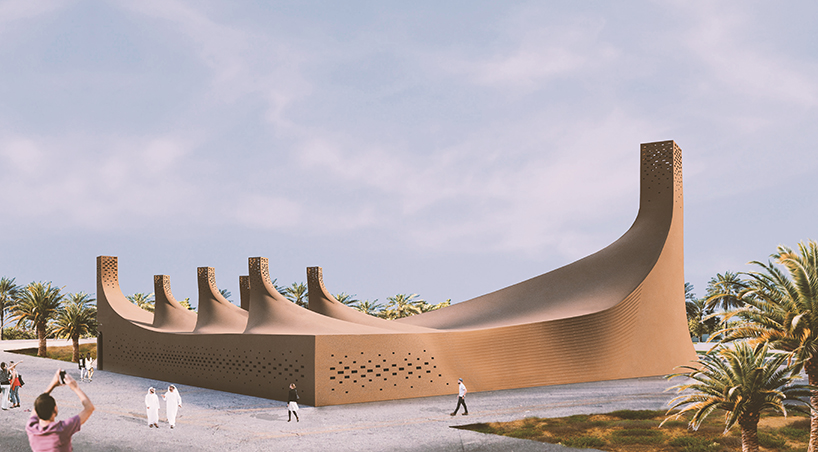 the architect has carefully analyzed the context, which is shown through the positioning of the building and the choice of material and architectural components

the seven barjeels are used as skylights while also contributing to the natural passive ventilation of the indoor spaces. a schematic section shows how the traditional ventilation system has been re-interpreted in the project as an integral part of the artificial ventilation system: the hot air tends to rise and go out through the dampers placed in the upper part of the barjeel elements, while the consequent indoor negative air pressure will capture the natural air and pass it through the air treatment units and the ground heat dispersion duct before reaching the interior. 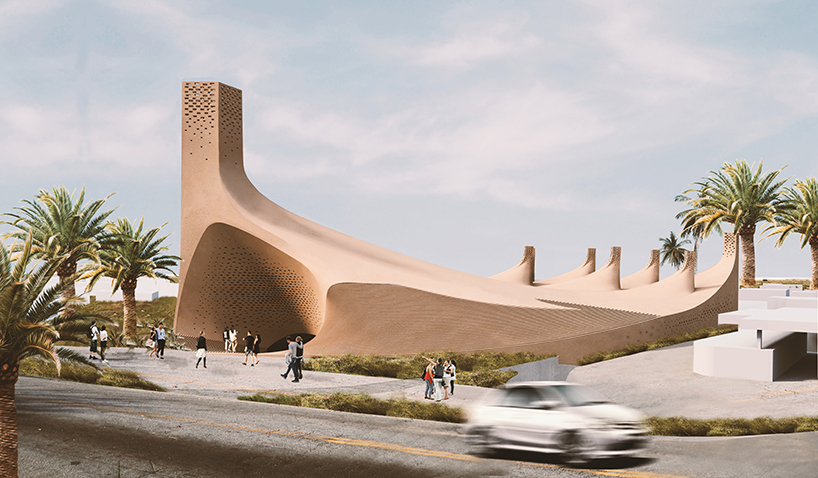 an architectural and cultural landmark that hosts the barjeel collection and represents modern art, architecture and design in the arab world

the main gallery, which is a looped-like ramp, is located under the bigger barjeel, while the rotating exhibition is spread under the skylights next to the library. inside, the interior is characterized by whilte-colored finishes and the dappled light that provides a rich spatial experience. this pared-back palette allows the artwork to take center stage, while the rounded forms give a sense of the impressive architectural form. 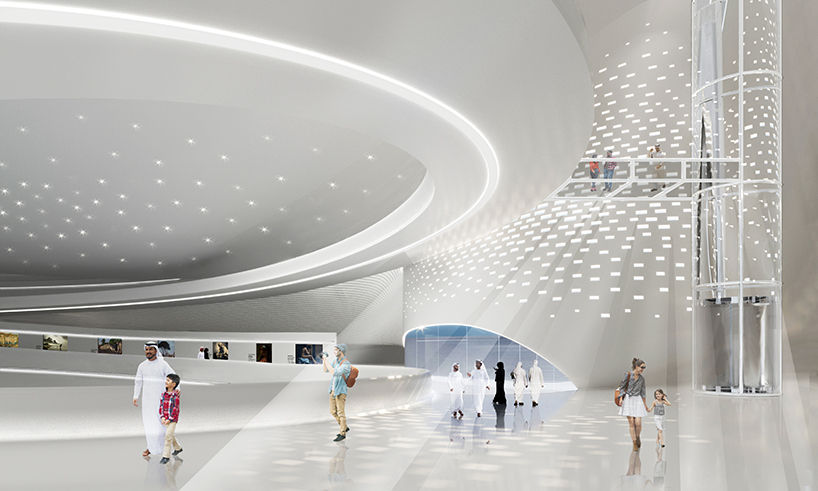 the main gallery, which is a looped-like chronological ramp, is located under the bigger barjeel, while the rotating exhibition is spread under the skylights next to the library 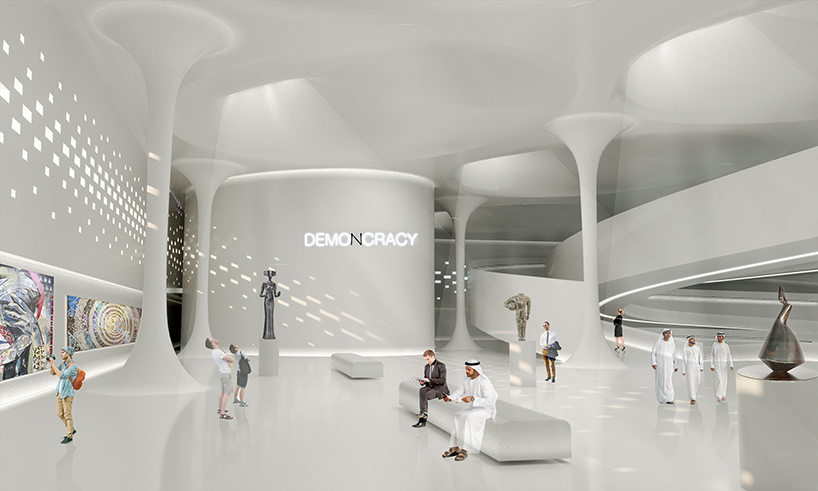 the exhibition under the skylights 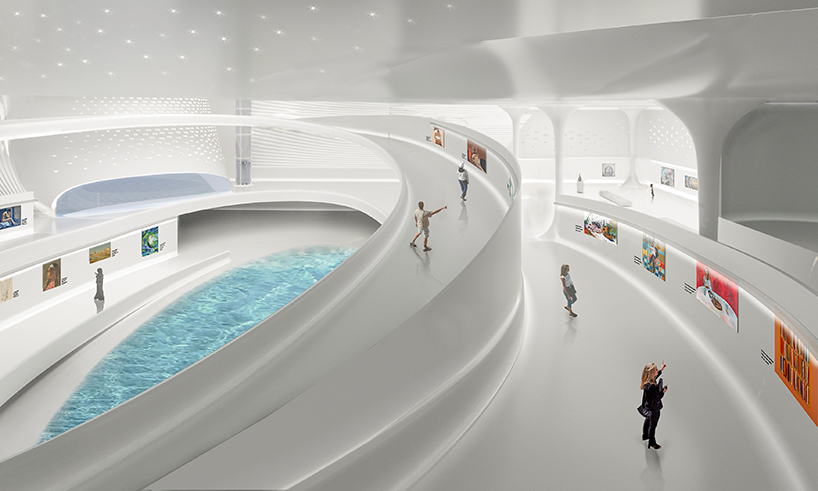 the looped ramp takes visitors on a journey through the exhibition 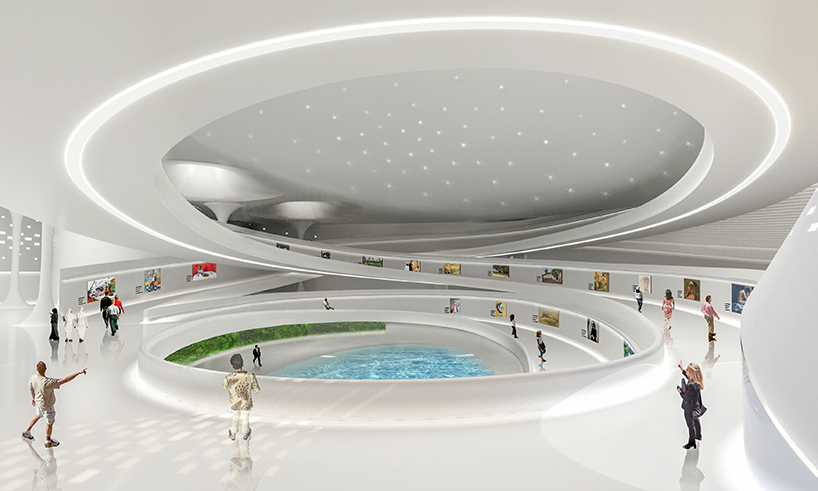 a water feature occupies the center of the space 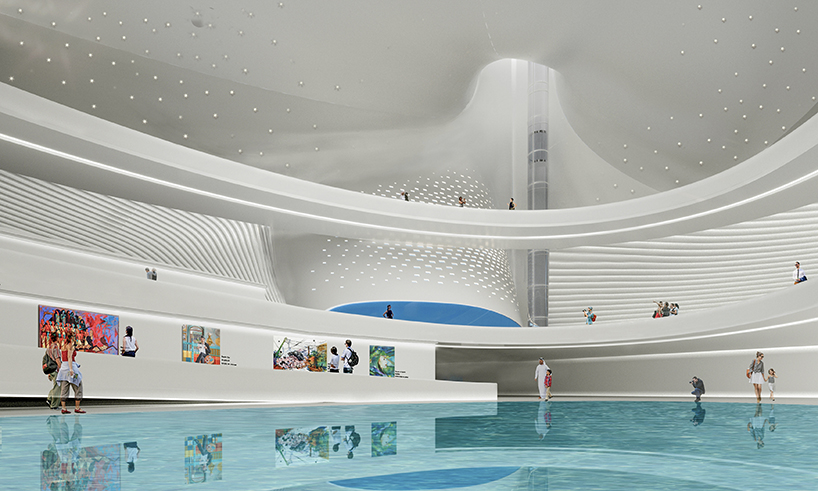 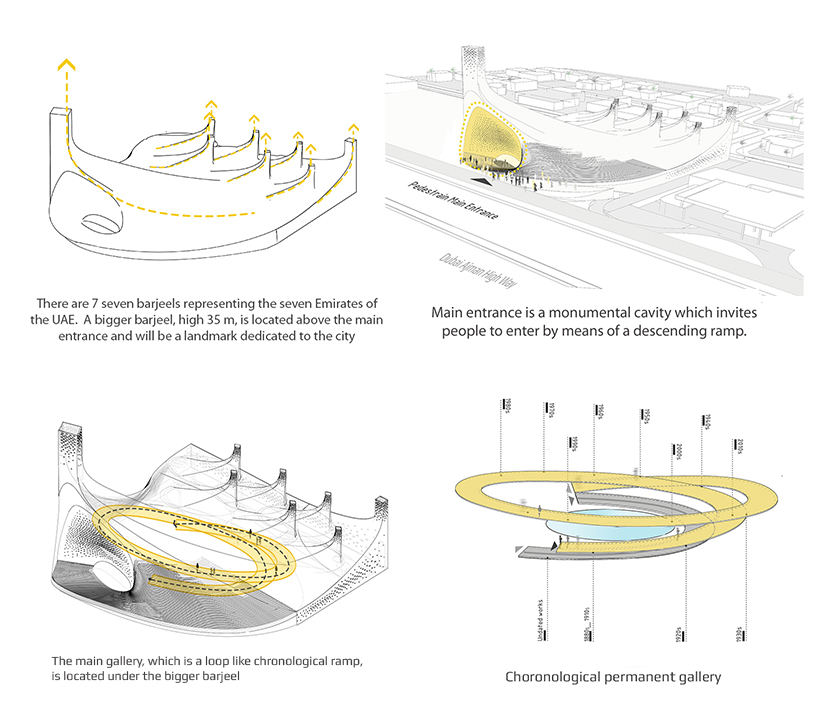 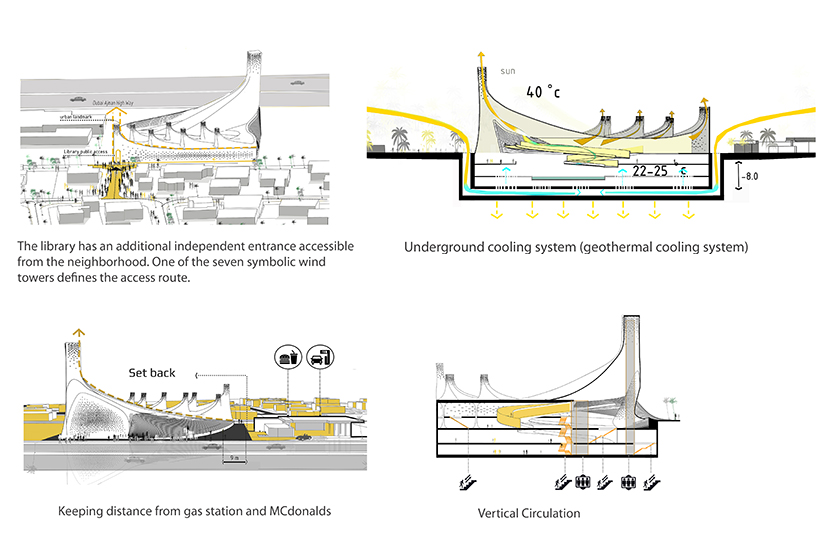 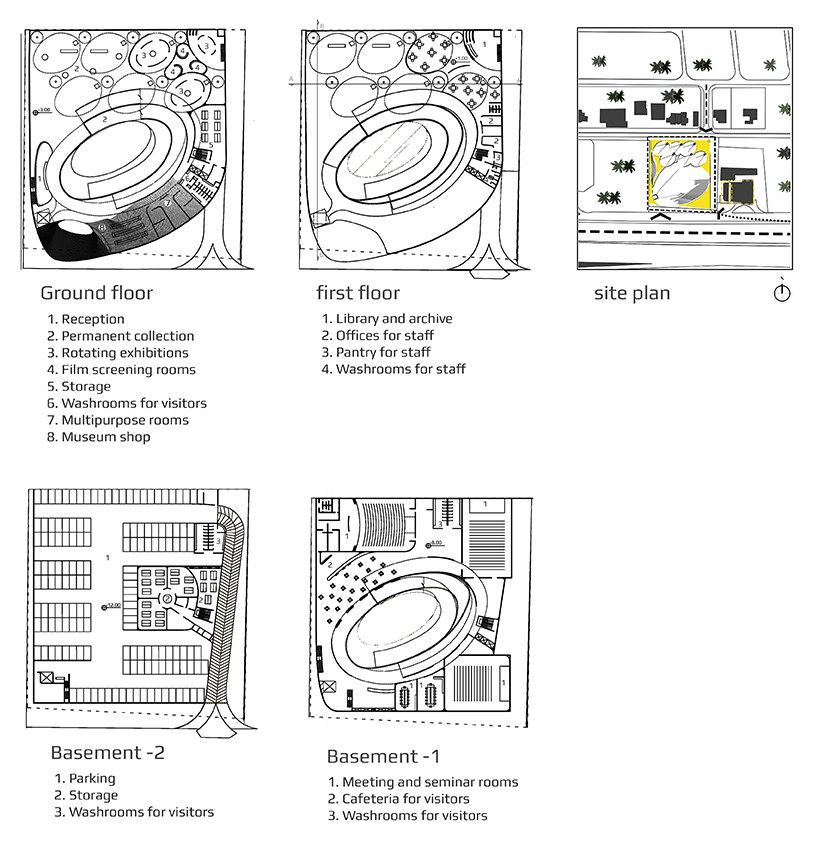 ARCHITECTURE IN THE UNITED ARAB EMIRATES (119) 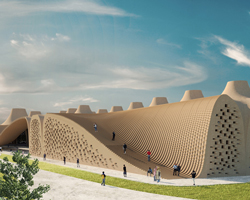 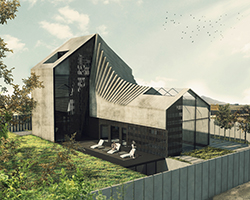 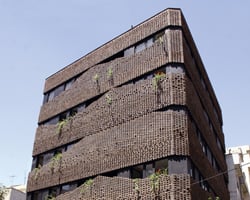 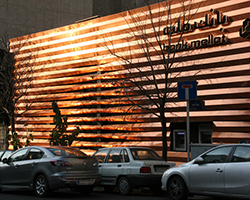