jacques ferrier architectures was tasked with creating the paris headquarters of global publishing house hachette livre. the project was highly complex, and called for a design equally as such. using the copious constraints of paris’s current plan d’urbanisme (urban development plan) an initial model was developed. with building heights, alignments, distancing and other details hashed out, the plan then underwent a series of possible adaptations that preemptively deal with PLU revisions that may, or may not, become code. 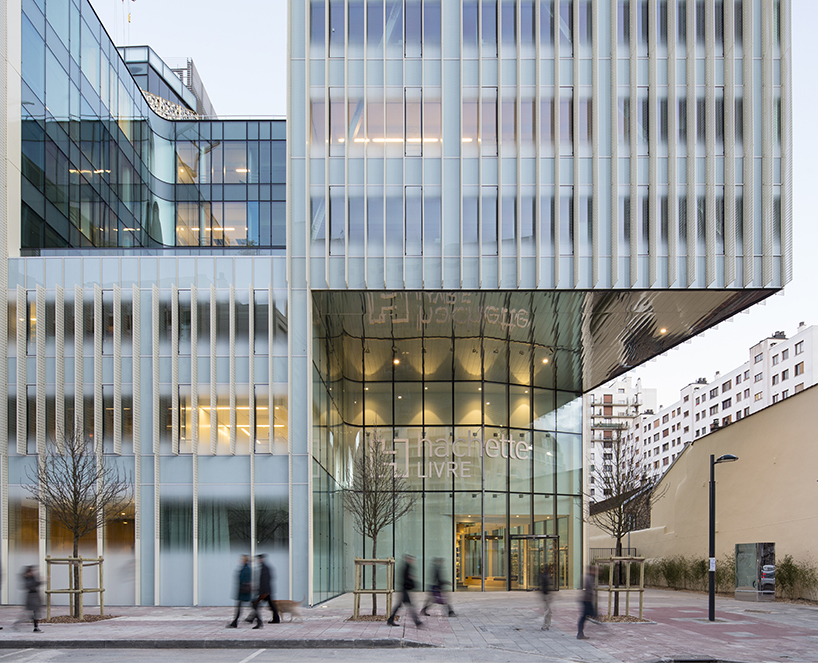 this information translated into the broad lines that define the headquarters. the largest volumes are situated to the north — overlooking rue jean bleuzen — and a railway line to the south. to the west lie private homes, and to the east, a number of tall apartment blocks and another office building; all of which altered the shape. 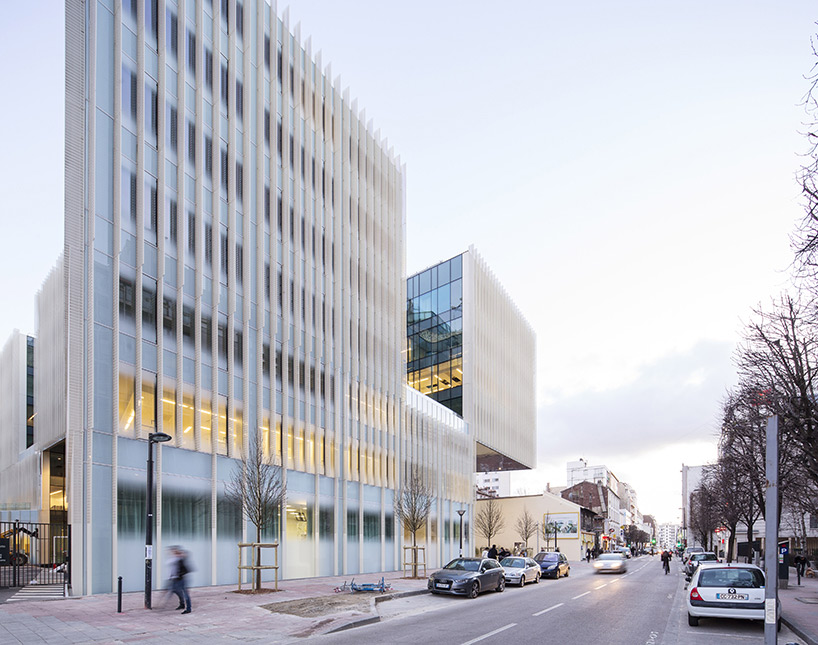 immediately, the choice was made to create the entrance in the northwestern corner. from this position, the western façade moves inwards to create a generous outdoor plaza. eventually, it will become a green space, featuring a well-maintained papyrus garden and seating area. all of the headquarter’s communal areas, reception, showrooms, dining halls, etc., look directly over the corner. 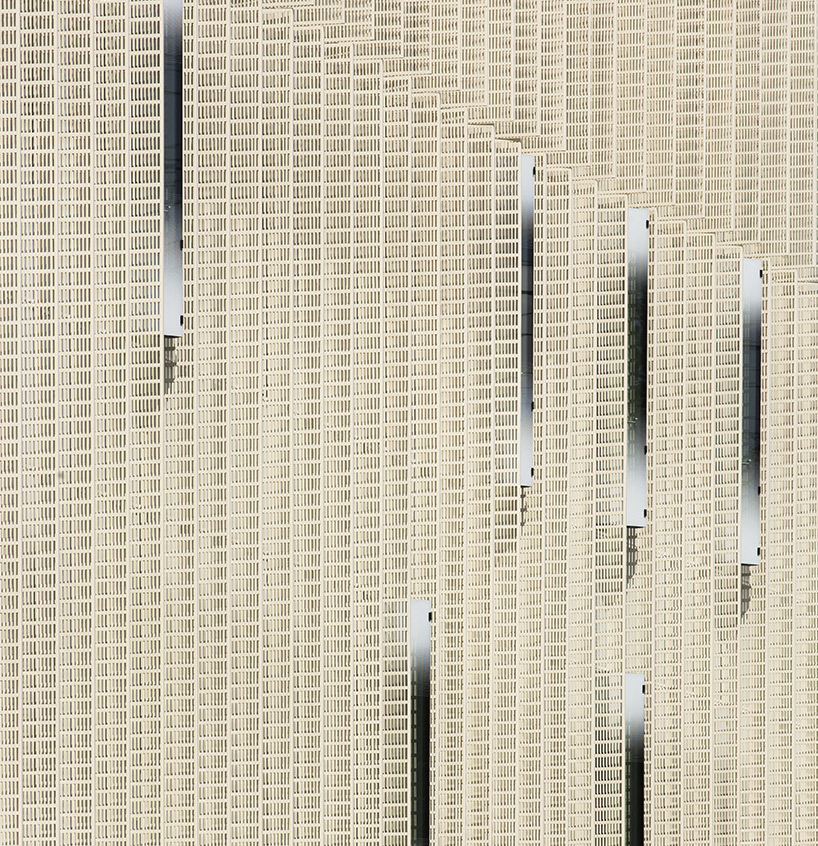 office spaces all benefit from direct sunlight and outside views, forming what could be regarded as an ‘inhabited envelope‘. all façades are fitted with giant, slatted blinds that filters natural light. secondly, they eschew the mundane appearance of a traditional office building and gives it instead a strong urban architectural image. 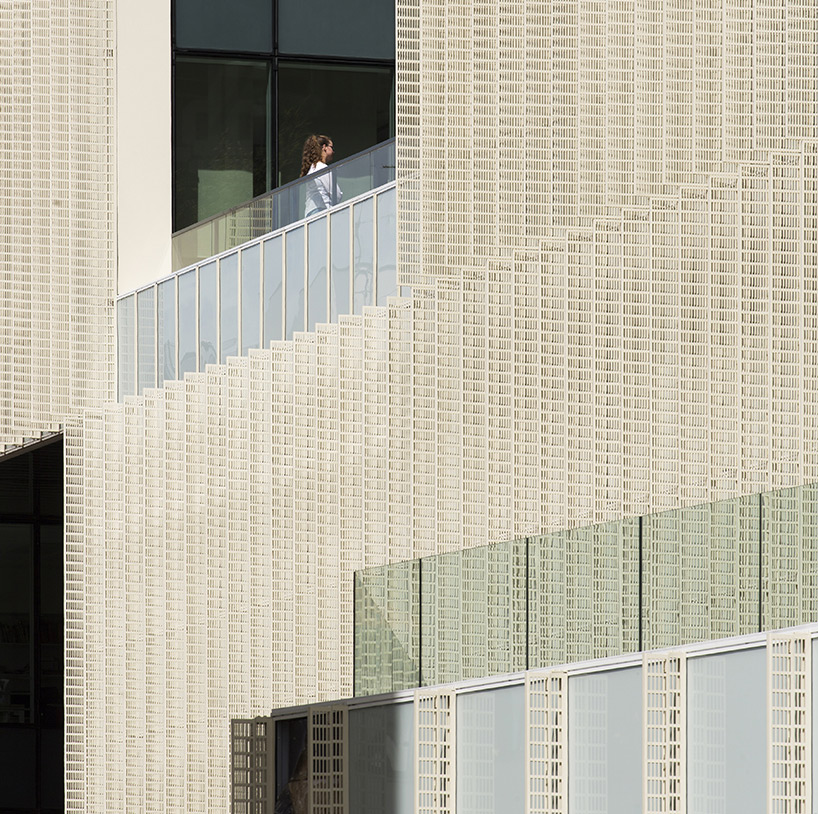 working areas and all other functions are organized as part of a singular, fluid plan on each individual floor. this allows for a variety of flow options, and consequently an adaptable interior that considers the group’s many publishing houses and imprints. each level is punctuated by loggias and patios with different atmospheres, representative of the many personalities present in the headquarters daily. in the core of the building, a similarly fluid plan defines both a café and restaurant. overlooking the papyrus garden and paris landscape, the area can be further extended outside during the summer months. 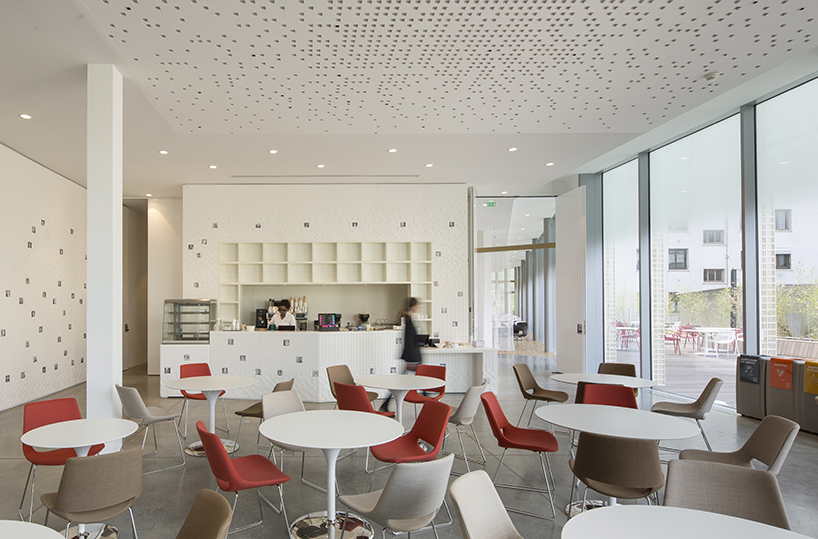 visitors entering are presented a massive, room-sized bookcase that displays publications — both new and historical — of hachette. a special VIP reception room is accessed through the gallery. cosy and more intimate than its general companion, the room opens onto board and meeting areas which can, like the restaurant and café, be adapted to many purposes. a limited-access lift runs directly to a rooftop pavilion, where an additional meeting and dining space is located. 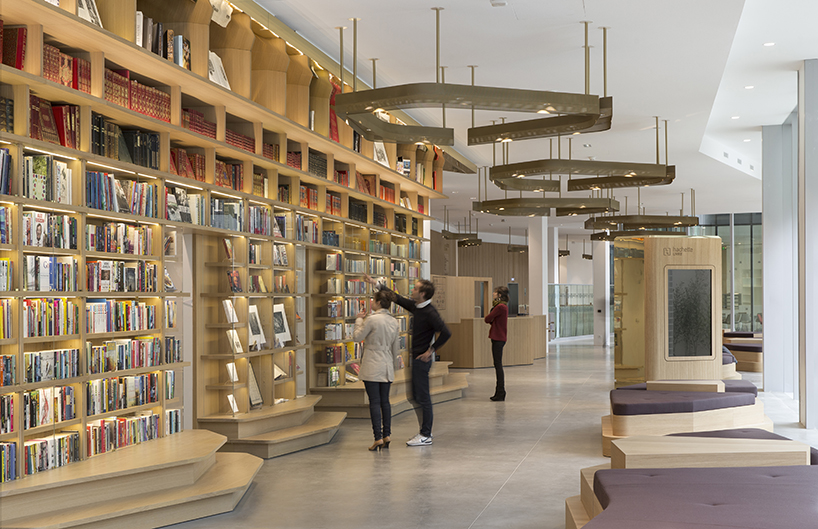 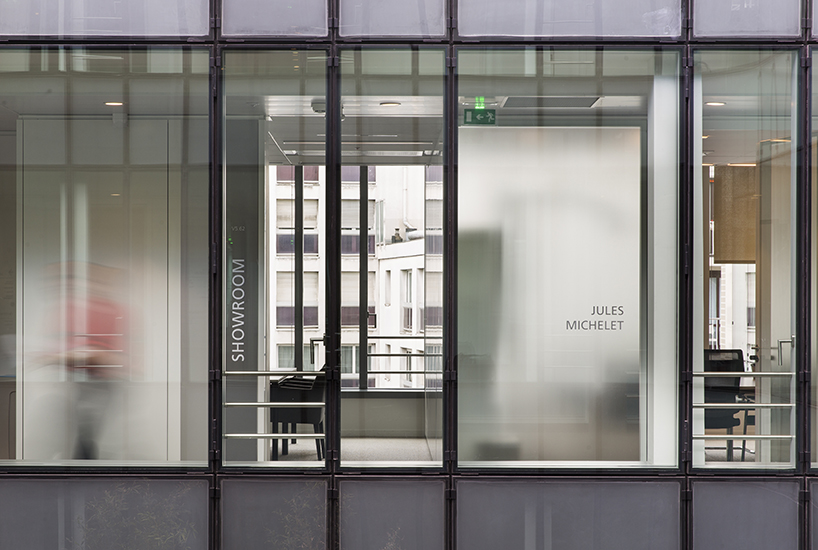 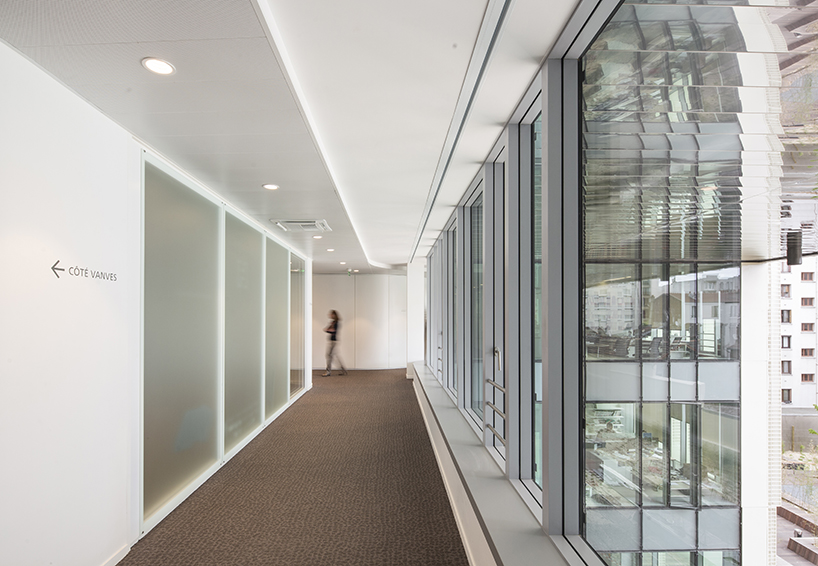 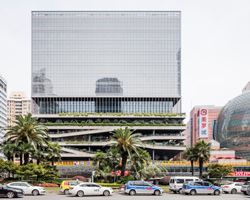 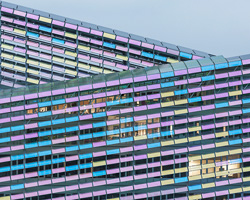 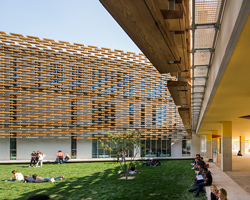 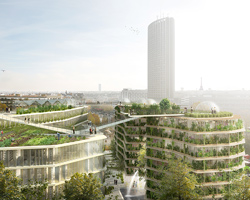 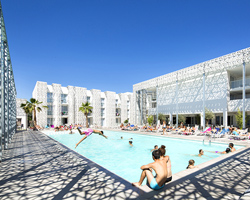