amsterdam and new york-based firm haiko cornelissen architecten have produced ‘fasten your city belt’, an urban design strategy for the amstel III district of amsterdam, netherlands which is being featured by the netherlands architecture institute in rotterdam during the dutch europan 11 exhibition. mono-function office districts originally developed around the world as an urban post-war phenomenon have been brought to the forefront during recent economic times. with declining vacancies, these areas have become lifeless, even during work hours. parking lots remain unused throughout the day, failing to conceal their vastness. transforming these dead zones into dense neighborhoods will diversify them and introduce dynamic activity.

the presence of oversized infrastructure will easily accommodate the additional loads imposed by growing and concentrated populations, allowing belts of new programs to wrap each plot. these belts are pushed upwards or downwards to create entrances to courtyards or introduce daylight into existing structures. parking is placed below grade and replaced with gardens while the ground level of buildings are used for lobbies, reducing empty storefronts. these spatial reconfigurations will increase the quality and value of the community and may be applied in other cities to transform them into lively cities. 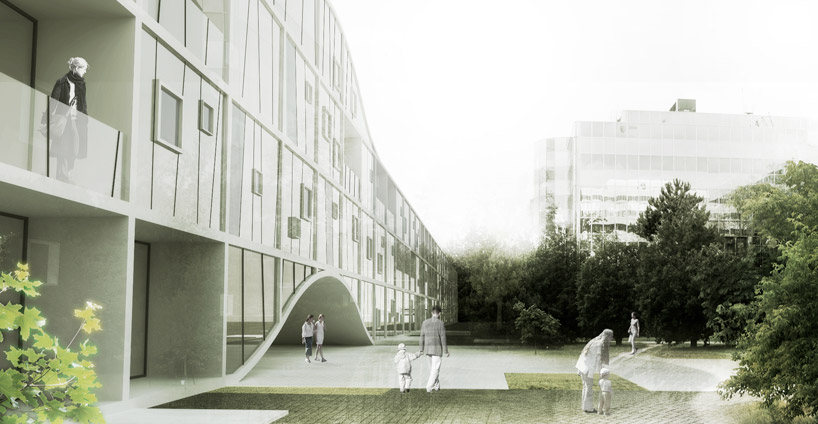 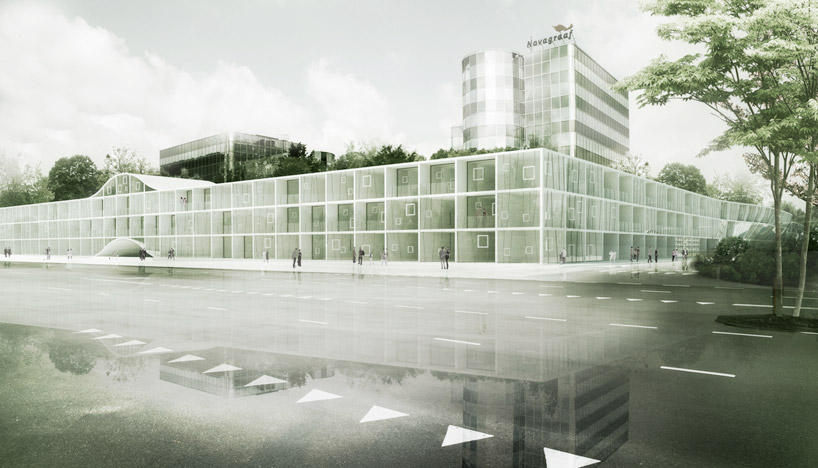 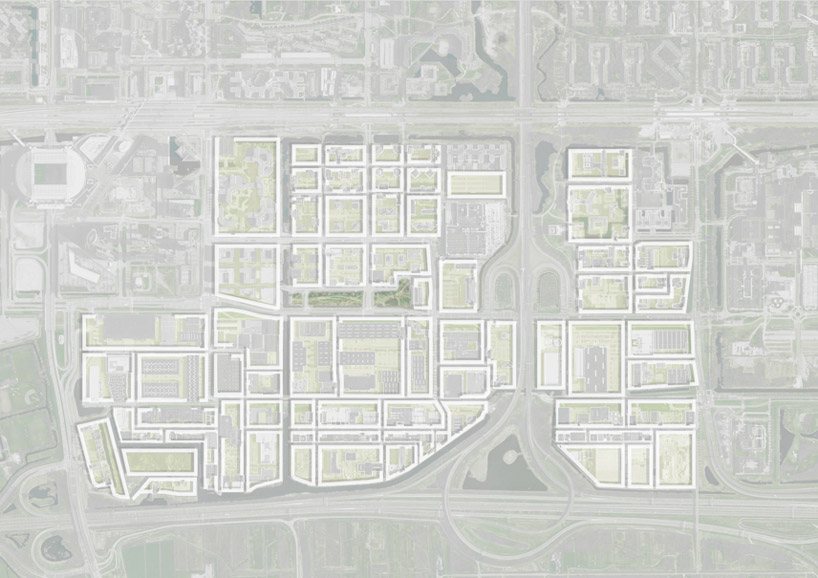 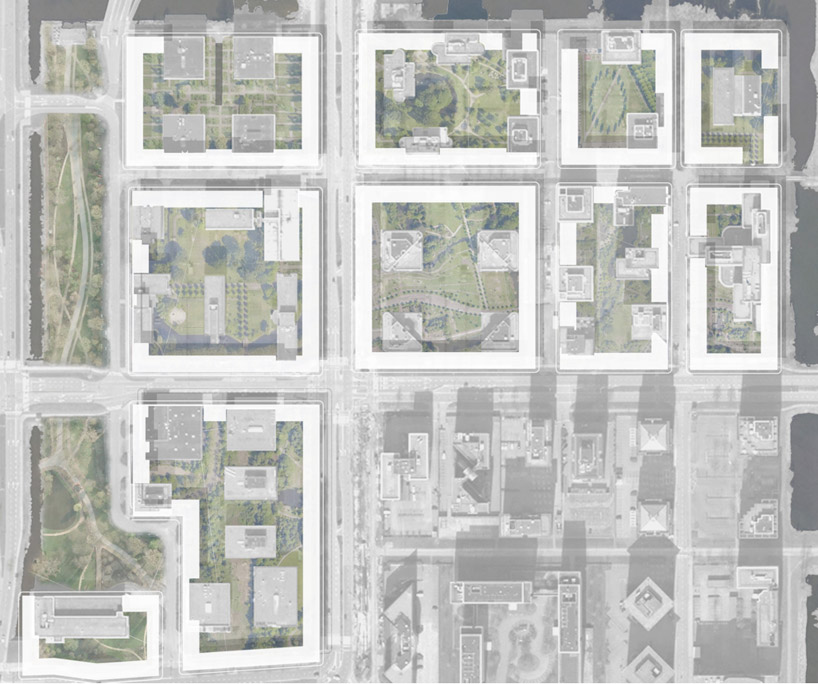 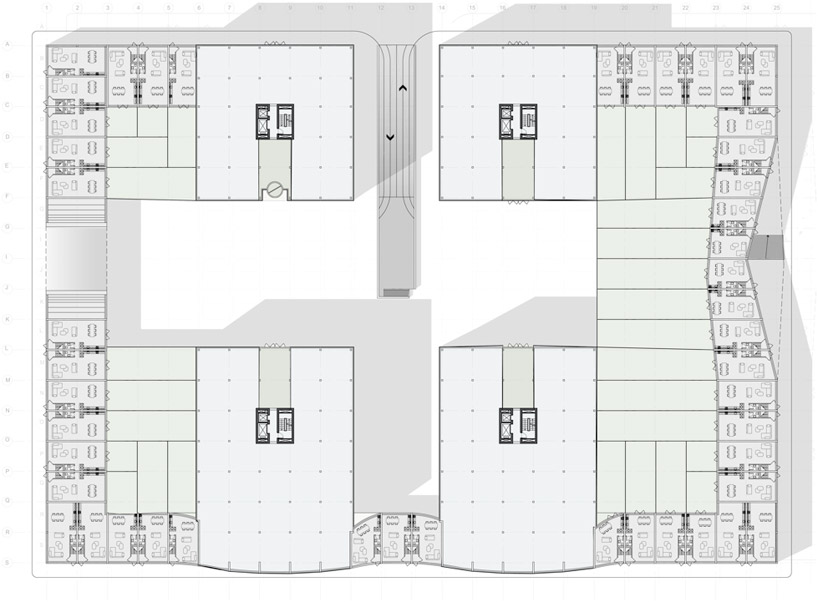 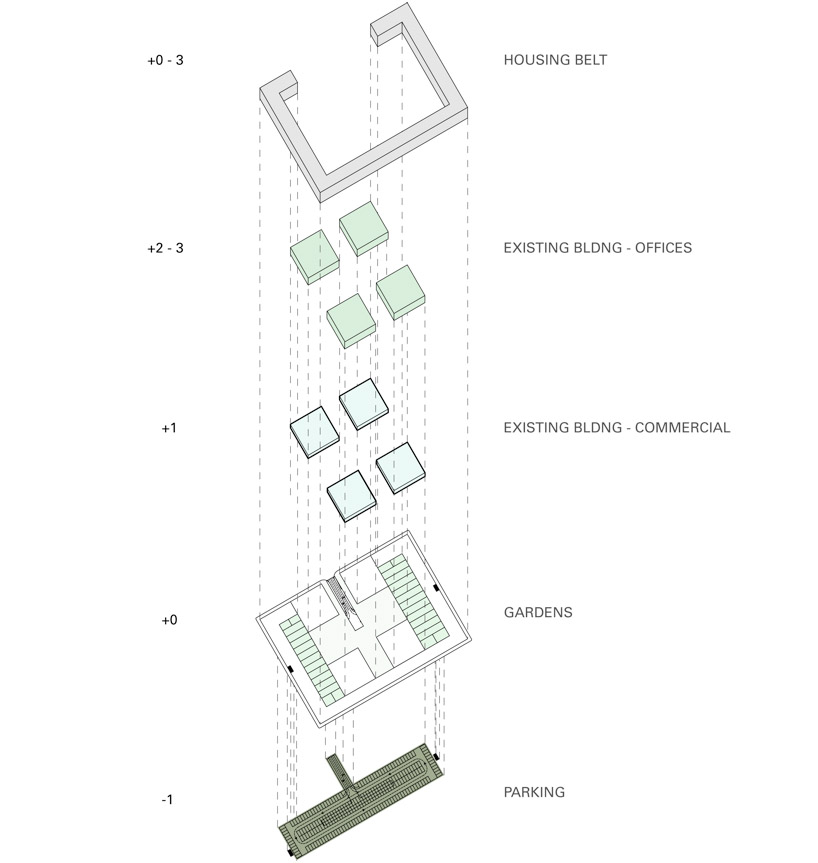 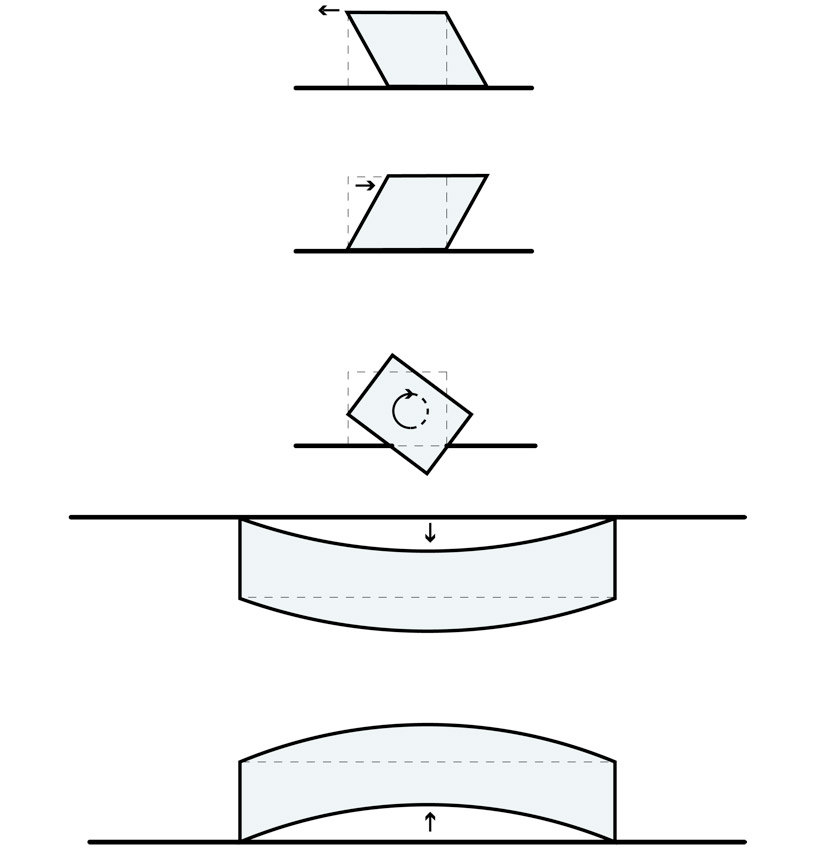