the israeli pavilion at shanghai expo 2010 will ‘look like two clasped hands,’ says the chief designer of the pavilion, haim z. dotan. ‘the two dynamic forms symbolize israeli innovation and technology,’ and could be interpreted as a dialogue between humanity and nature, the earth and the sky, the past and the future.

the hall of light will be covered with transparent PVC / glass, symbolizing technology, transparency, lightness and the future and will include a 15 meter screen inside the glass space showing films which highlight the country’s technological achievements. the real centrepiece of the structure will be the hall of innovation, which will be covered in natural stone, symbolizing a connection to the earth, history and recycling of natural materials. an audio-visual show of light balls will float within the space, allowing visitors to hear doctors, israeli children, scientists, and inventors introduce themselves and share their hopes for the future. 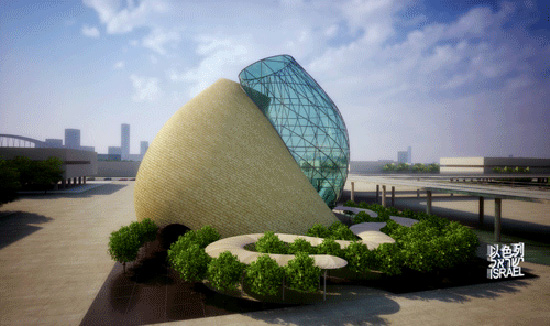 the pavilion has been nicknamed the seashell 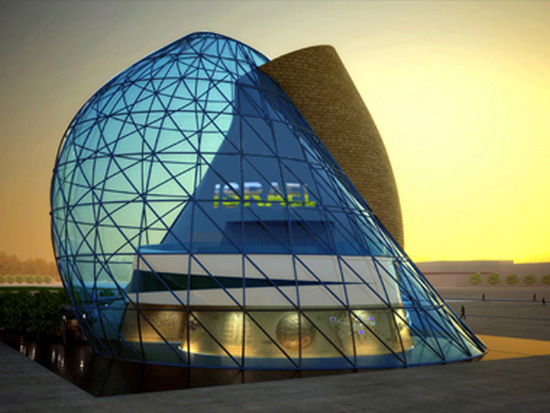 view of the hall of light