the designers at external reference architects have combined spanish ham, catalan ‘coca’ bread and bicycle culture to create the catalonian fast food restaurant ‘ham on wheels’ in barcelona. the compact unit uses these three elements to approach the interior design resulting in a space which evokes a lighthearted, playful dining experience. a graphic language has been used throughout, illustrated in the road markings painted on the floor as a signage system to direct customers to various areas in the restaurant. along with an industrial aesthetic, the restaurant’s flavorsome ingredients have been blended into the interior– the walls adorn a large mosaic feature is made up of hexagonal tomato jars furthermore while hanging hams wrapped in the restaurant’s branding is suspended from the ceiling. incorporating popular bike culture into the restaurant’s appeal, there are bar stools that have been made of leather bike saddles meanwhile the iconic pig has been carved out of the plaster wall- exposing the brick underneath. 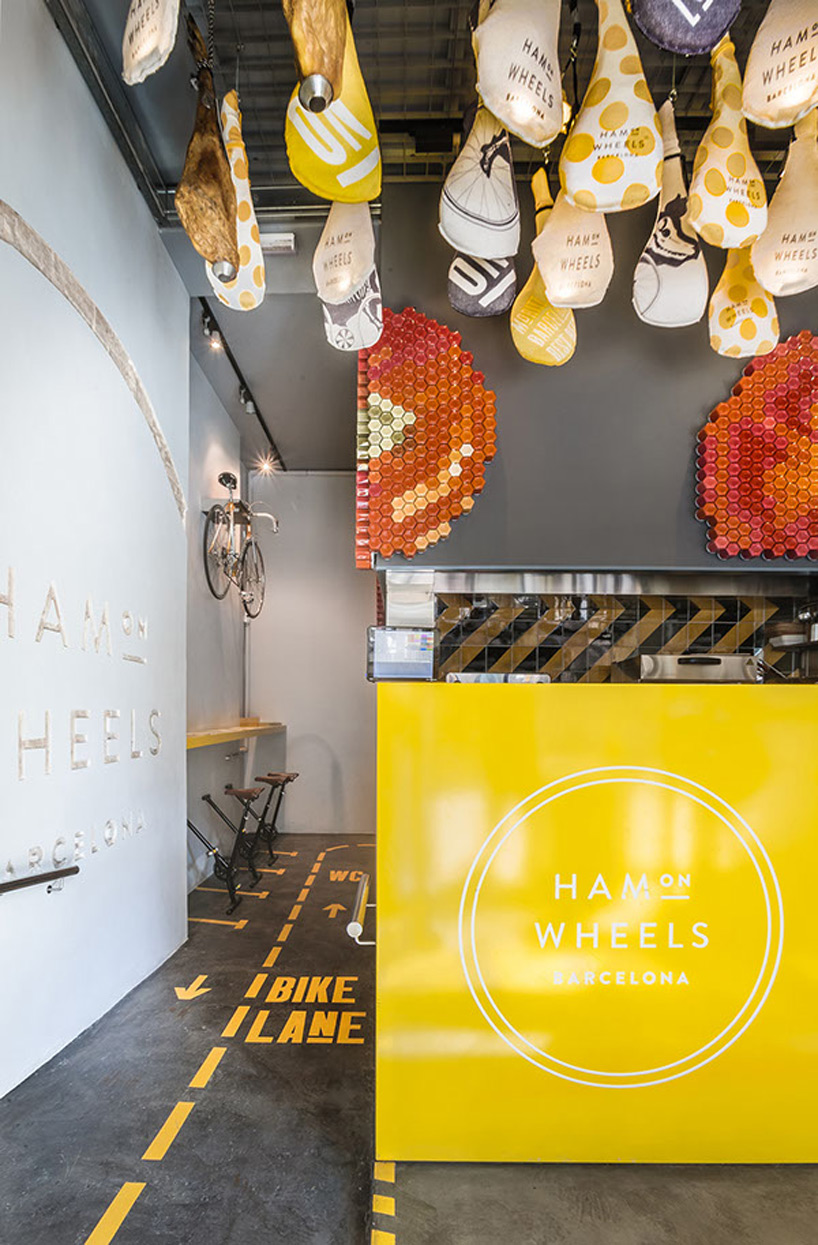 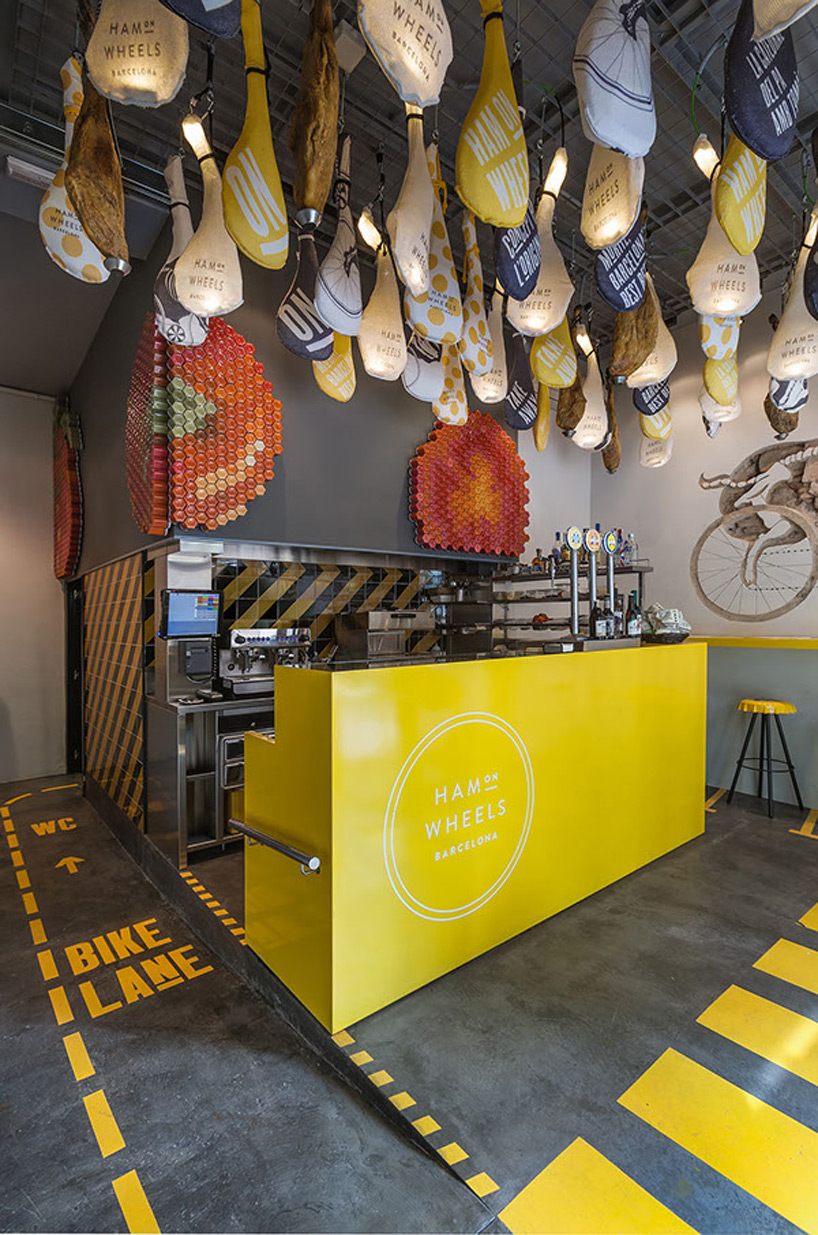 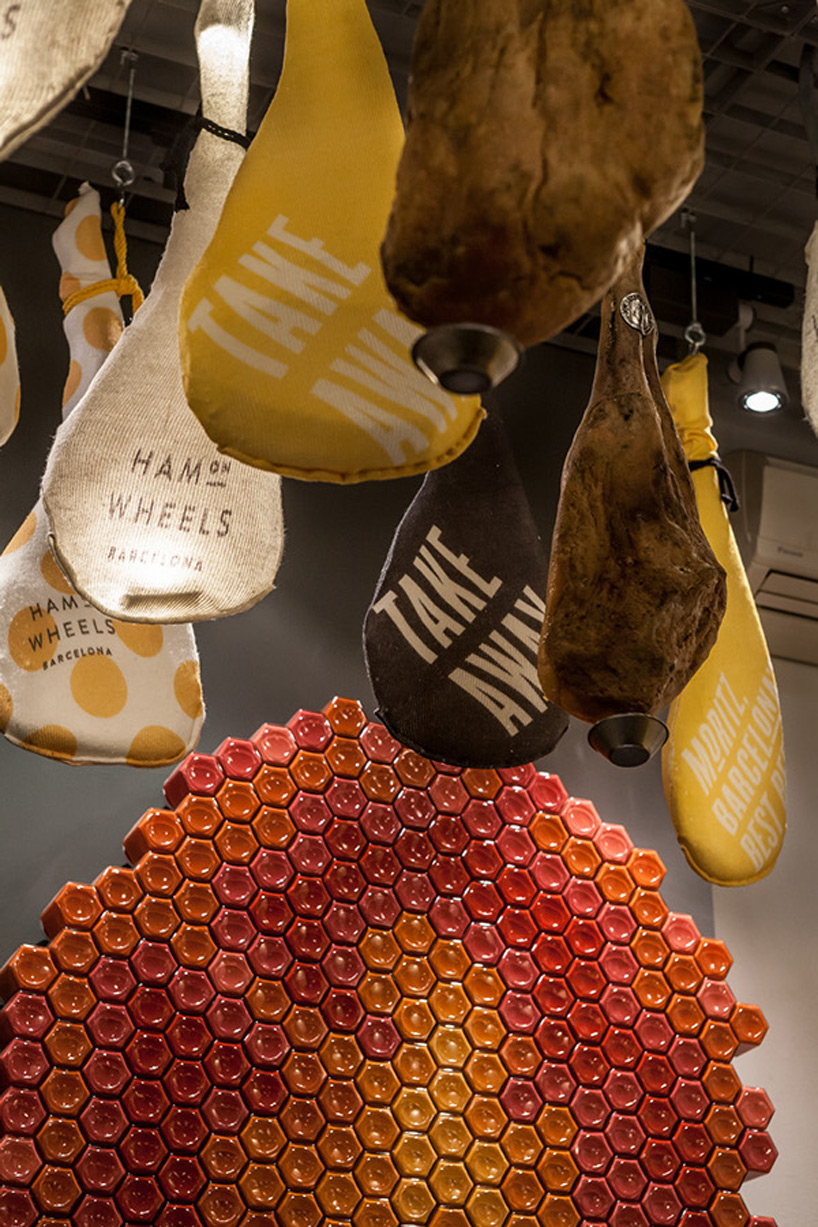 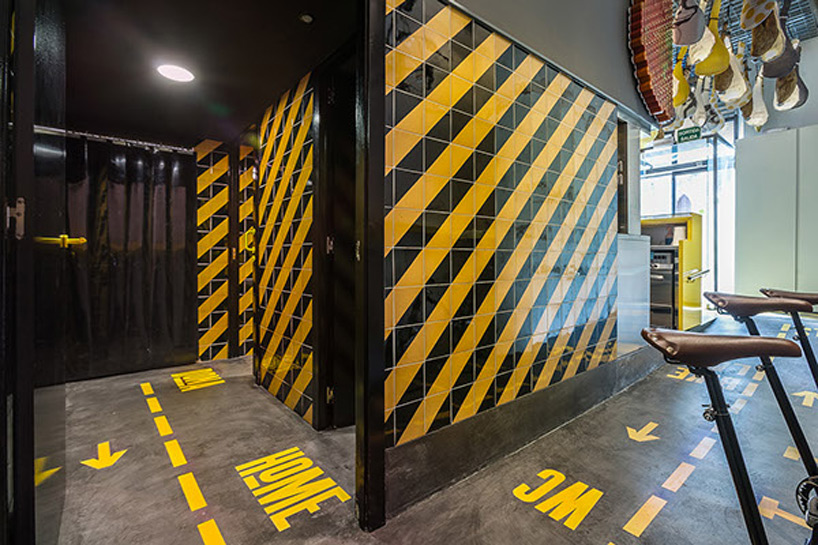 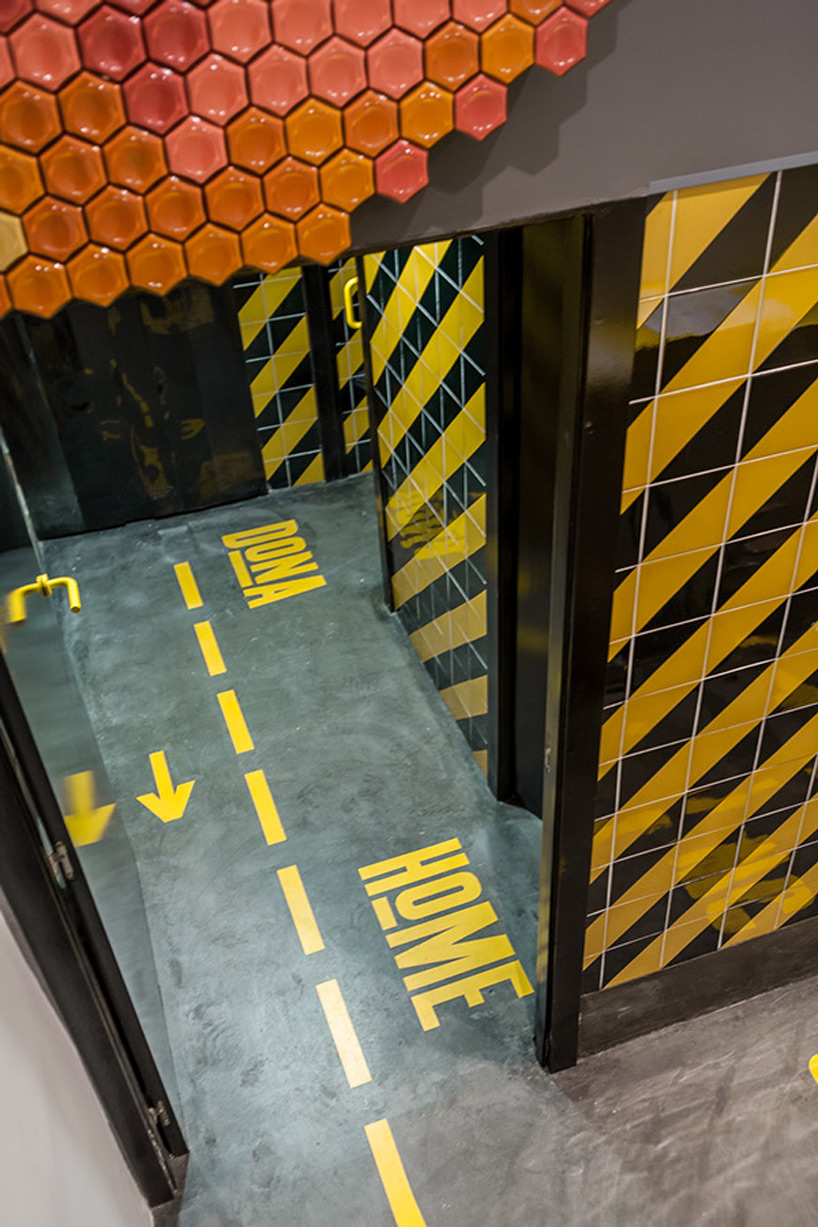 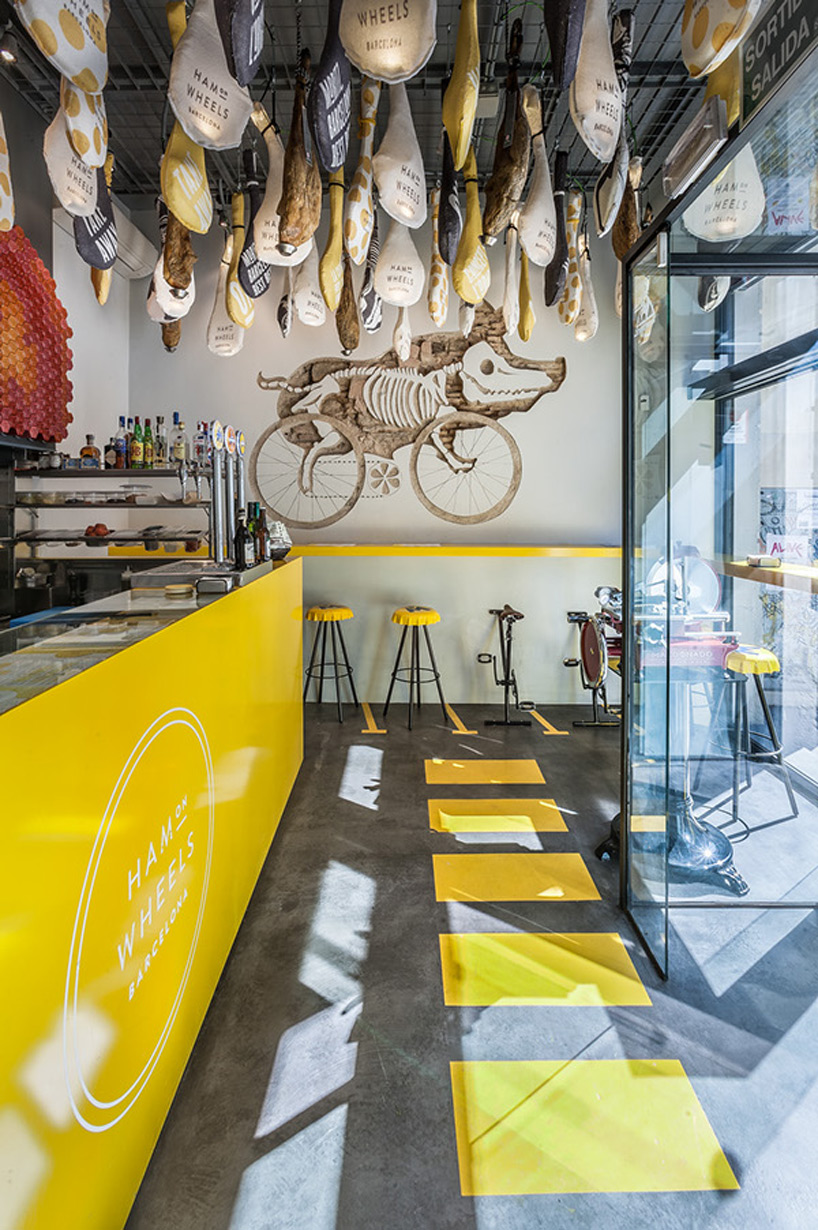 the restaurant is located in a bustling district in barcelona 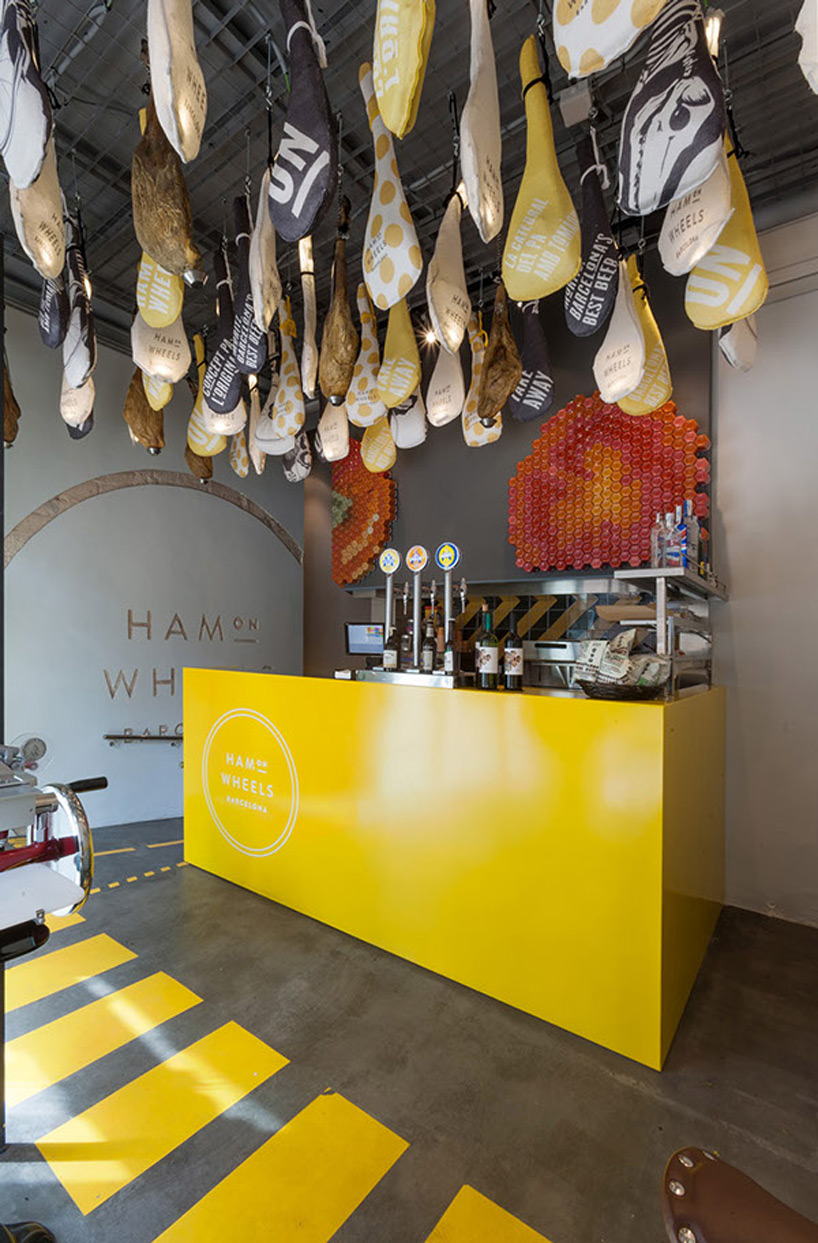 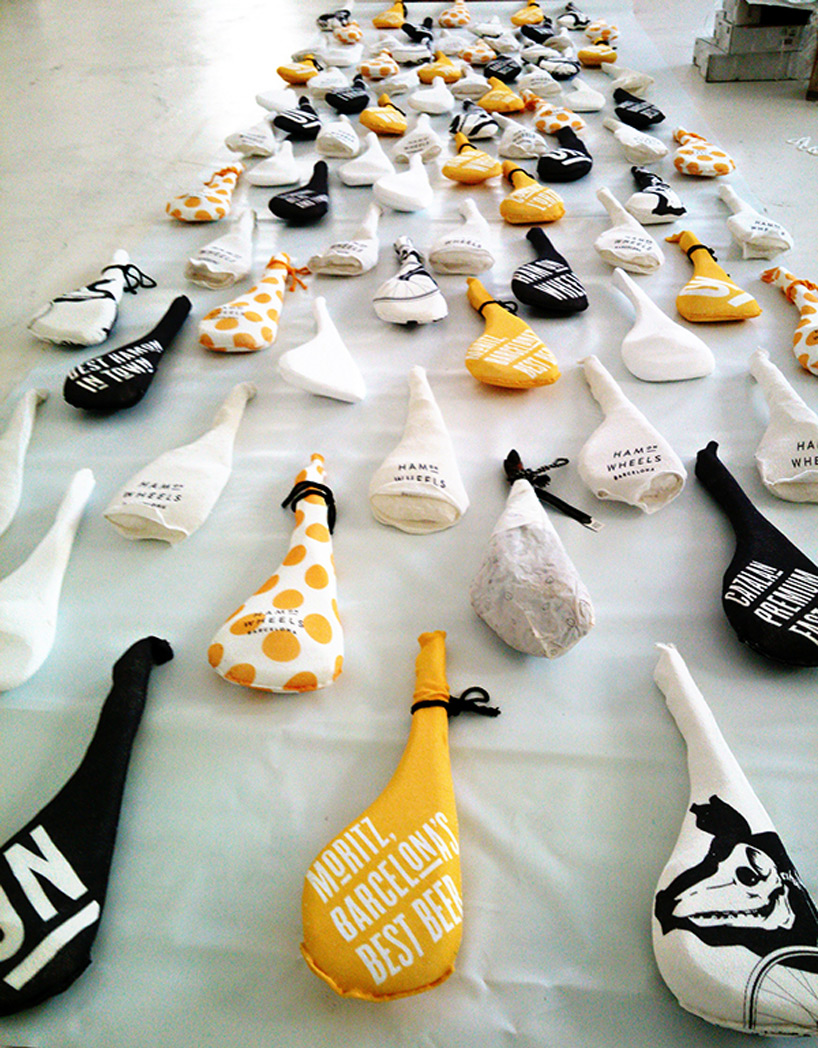 the hanging hams are wrapped in branded covers 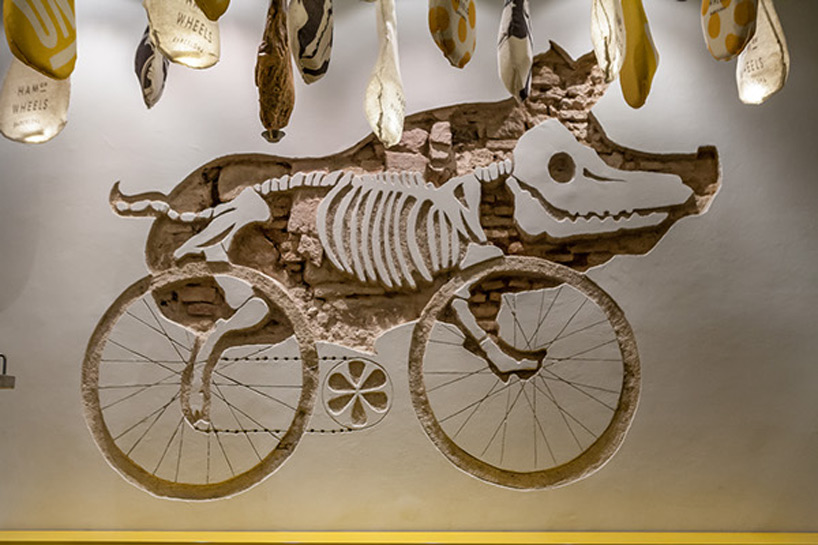 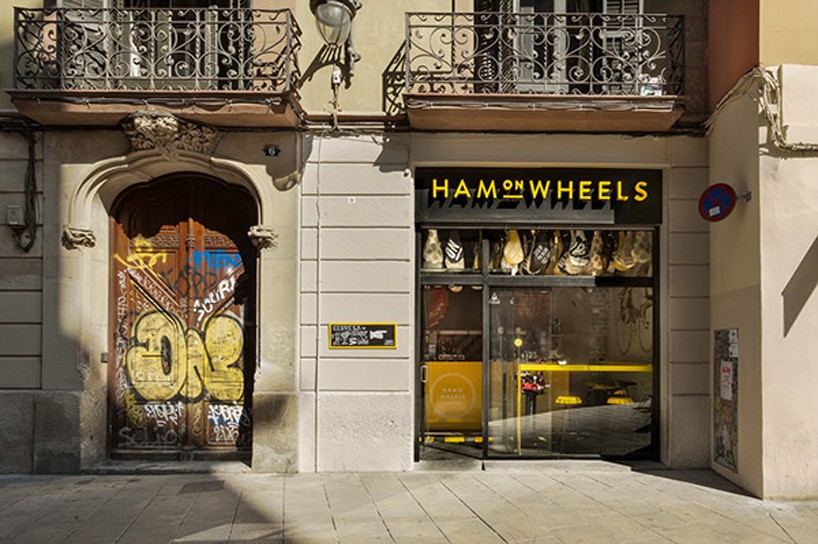