UK and norway-based firm haptic architects, in collaboration with norwegian firms narud stokke wiig architects & planners and griff arkitektur have won the open international competition for the new airbaltic terminal at riga international airport, latvia. their proposal was selected from 125 entries, hailing from 70 countries. the competition called for ‘design concepts, both architectural and functional that best captured the aspirations and brand identity of airbaltic.’ the first phase will accommodate 7-8 million passengers per annum, while the new terminal will cater 14 million passengers.

winning design features a roof for the airbaltic terminal that is influenced by the gently undulating forms of the latvian landscape, with peaks and troughs responding to the structure’s internal configuration and passenger flows. the internal roof soffit is composed of a hexagonal timber grid shell, with infill of timber or clear and diffused glass used to control the daylighting and acoustics of the space, while providing dramatic variation across the entirety of the roofscape. the composition of light, shade, depth and color is derived from the forest canopies found throughout latvia, while the hexagonal pattern relates to the country’s history of geometrical patternwork. 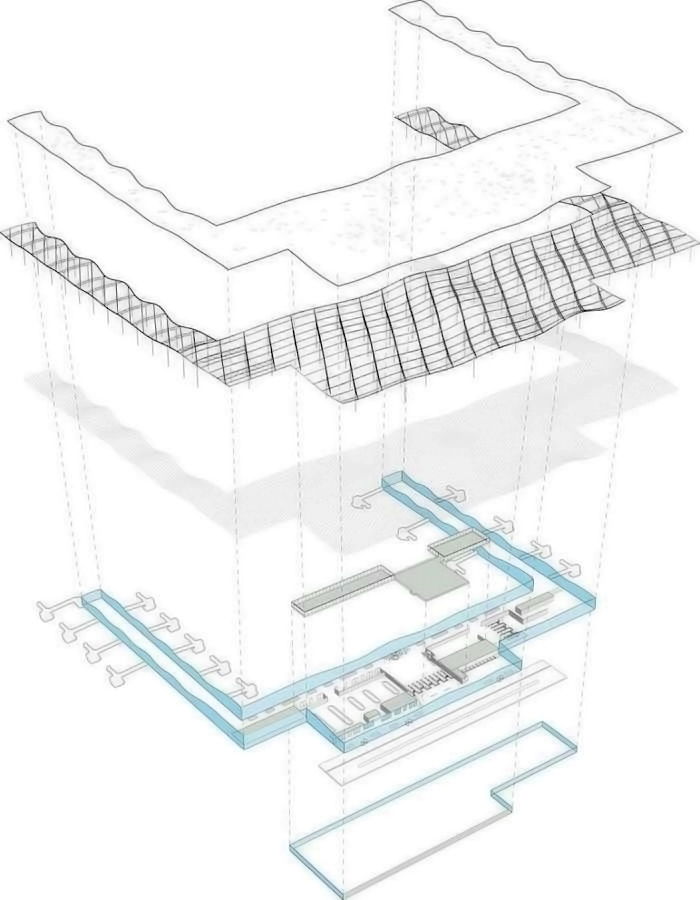 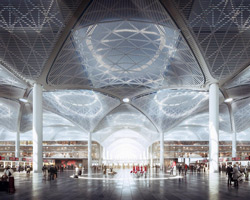 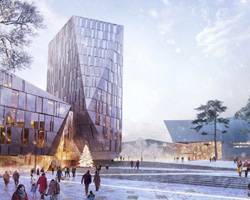 May 08, 2021
a timeline of new york's tallest buildings, from a wooden observatory to one WTC
starting in the mid 1850s, designboom traces the history of the city's skyscrapers.
architecture
740 shares
connections: +1790

May 06, 2021
frank gehry's philadelphia museum of art renovation is 'a reconstruction to the values of the original architect'
'the building is such an icon of philadelphia, it would be outrageous to think of trying to remodel the exterior of it,' explained gehry during the project's virtual press preview, attended by designboom.
architecture
956 shares
connections: +2870