rising 400 feet (122 meters) above the ground and covered in a façade of neon lights, the world’s first guitar-shaped hotel has its grand debut in hollywood, florida. designed by klai juba wald architecture + interiors, the ‘seminole hard rock hotel & casino’ is part of a wider development estimated at $1.5 billion. the new intervention combines luxury accommodation with a digital light display. 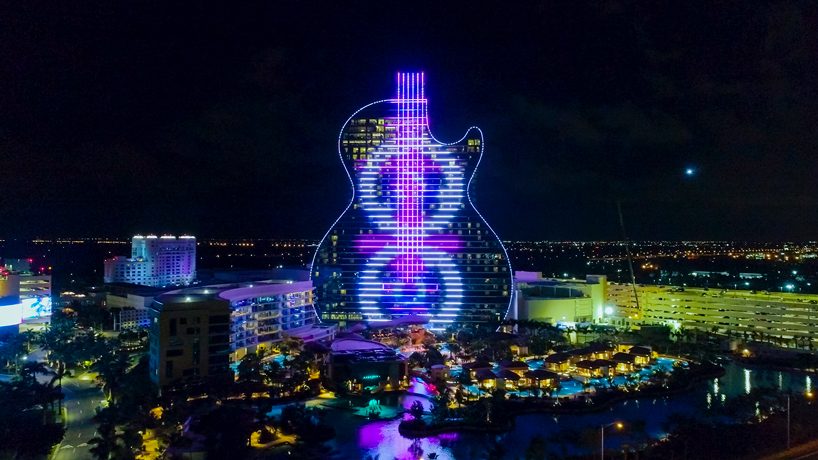 all images and video © DCL

with its eye-catching shape, the new hard rock hotel & casino has been designed by klai juba wald to stand as a landmark for the area of south florida. the volume covers 34-storys and provides an extensive program including hotel accommodation, restaurants and a series of lush outdoor pools. meanwhile, powered by a single RealMotion 4 karat gold series server, the entire façade has been transformed by float4 into a digital sculpture — capable of presenting a multitude of visual effects and presentations that utilize 2.3 million LED lights, video mapping and lasers. the project was managed, directed, engineered, and installed by boston-based custom fabricator DCL (design communications ltd). 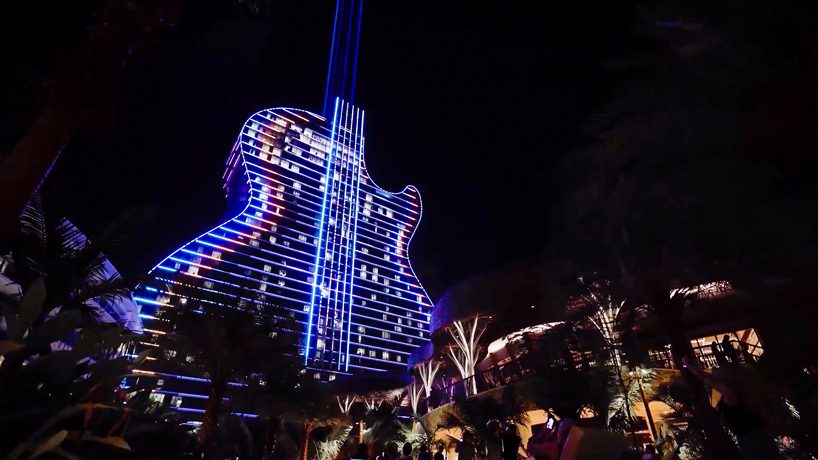 with music and entertainment being at the core of the hard rock brand, the front-facing elevation of the guitar serves as both a screen and a stage for daily musical performances. during a show, each v-stick will light up with different colors, speeds, patterns and directions, depending on the sequence. marking the pinnacle of the building, the guitar ‘strings’ extend into the night sky thanks to rooftop light cannons that can be seen for miles around, effectively announcing the seminole as beacon for entertainment. 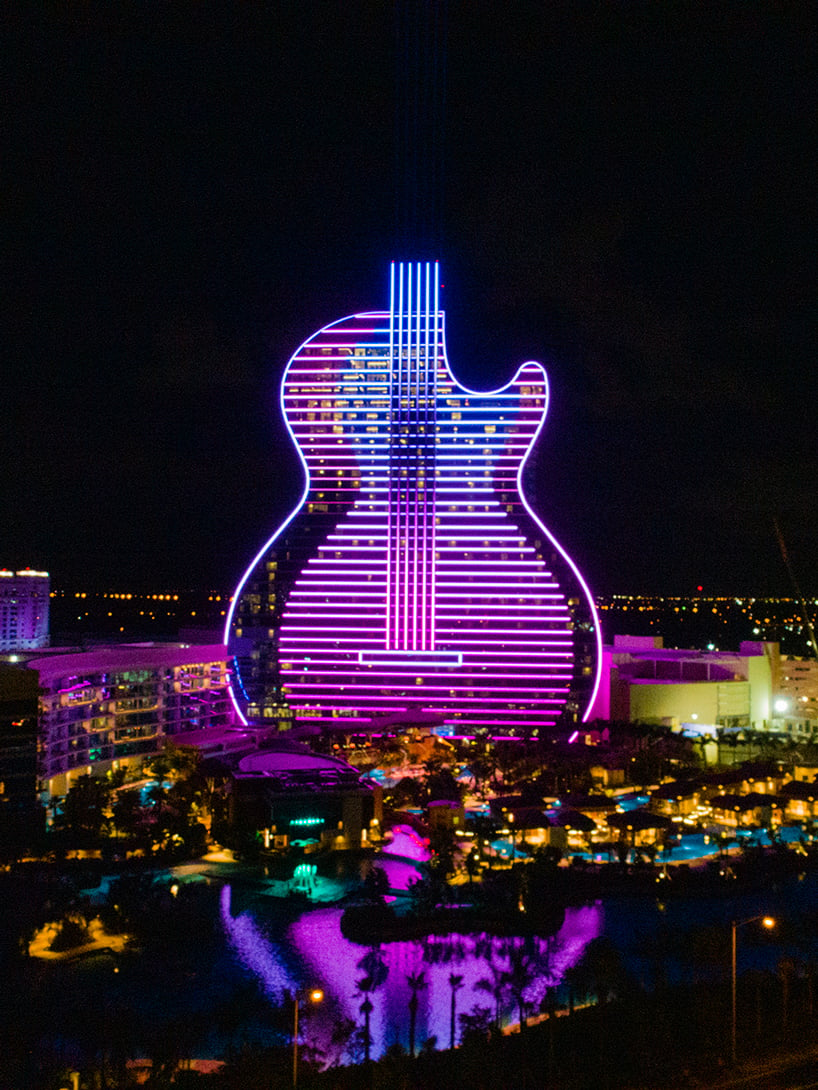 ‘at DCL, our goal for the hard rock was to give life to a monumental establishment through digital presence and creative solutions. having worked with float4 before, we knew that the studio’s combined technological and creative capabilities would be instrumental for the project. along with our other service providers, float4 contributed to our project goal by developing and programming three unique shows that will make this hotel the real attraction in south florida for years to come,’ said jeff gantz, director of creative technologies at DCL. 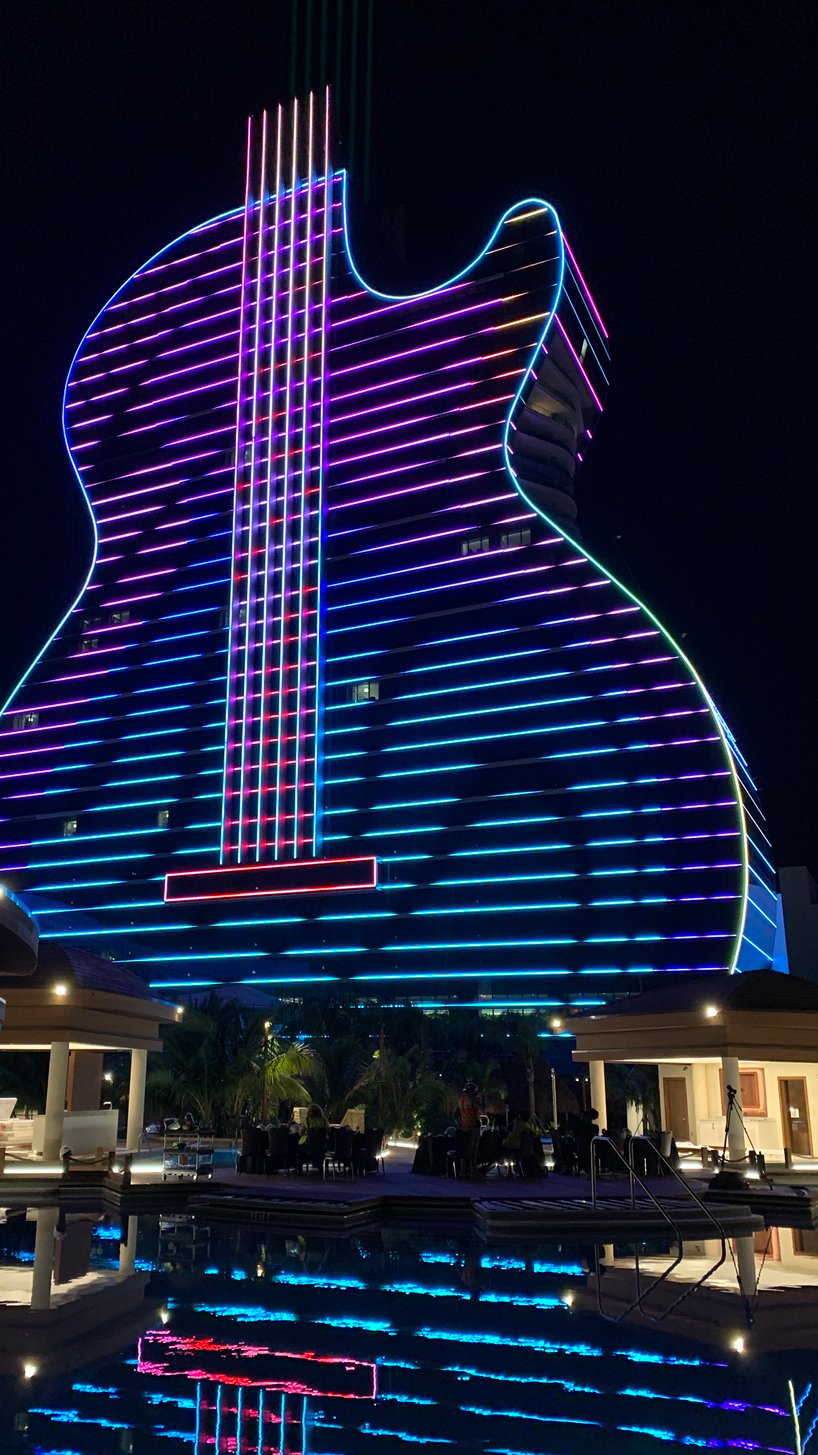 ‘before a show, we have a moment where the installation is in a dormant state; the lights are ambient, fluid’, mentioned antoine saint-maur, multimedia director at float4. ‘at that moment, we want guests to be able to congregate in anticipation, collectively anticipating the start of the show. when in las vegas, people make their way over to the bellagio fountain show and there’s this brief period where time stands still in eagerness as everyone gathers for this one monumental experience. that’s the feeling we want to create with the shows; we want to create a moment for hard rock guests and fans to come together and watch a daily celebration,’ he added. 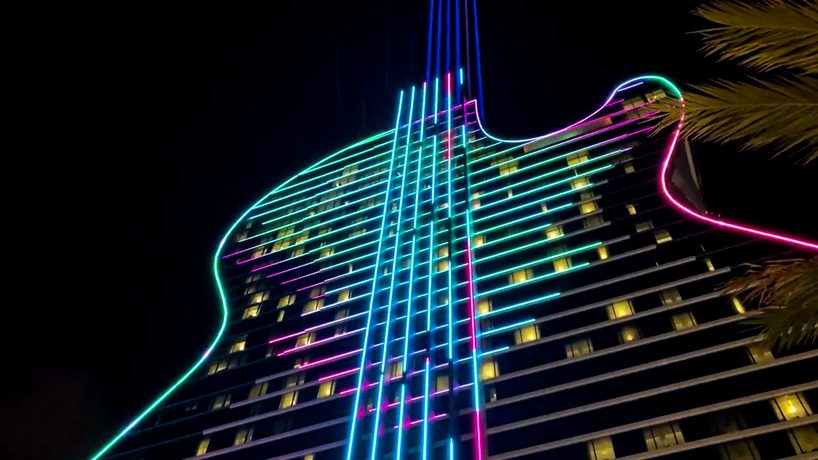 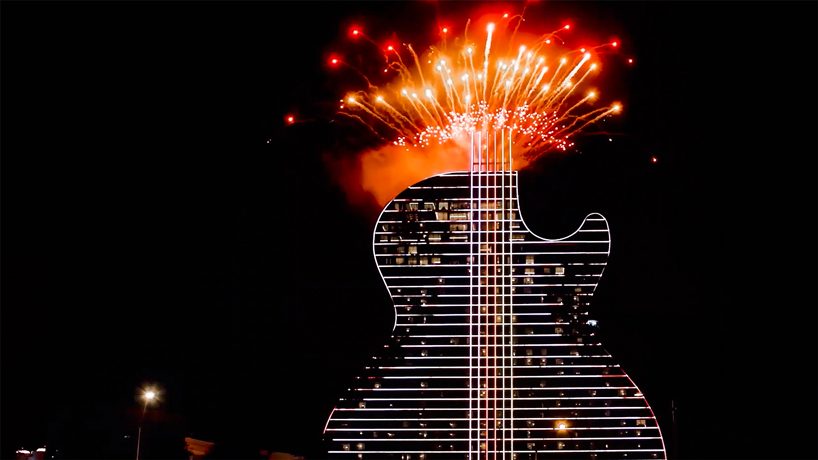 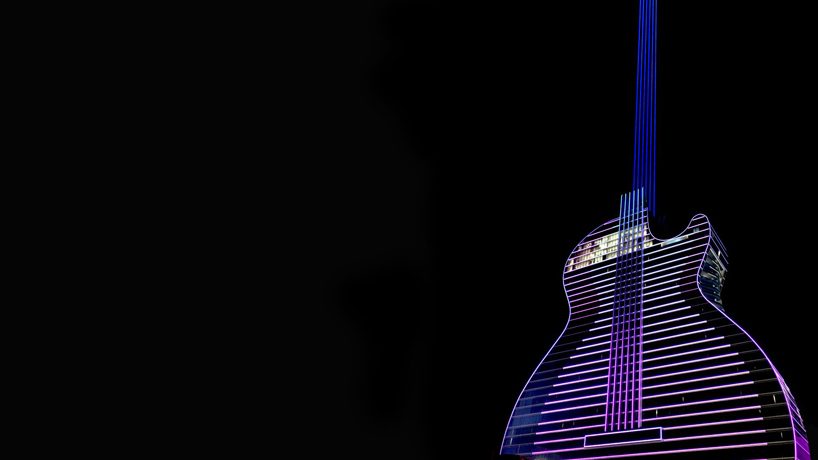