heatherwick studio‘s newest pier ‘the leaf’ will project over seoul‘s han river, as part of a larger waterfront regeneration project. the work continues heatherwick’s sculptural style, designed in plan as a bursting, seven-pointed star with an undulating elevation. much like the studio’s little island in new york, the work will introduce a retreat from the city with rolling, landscaped hills.

the multi-leveled public pier will include a flexible event space and auditorium, all topped by a walkable roofscape integrating meandering trails, water gardens, and observation points. 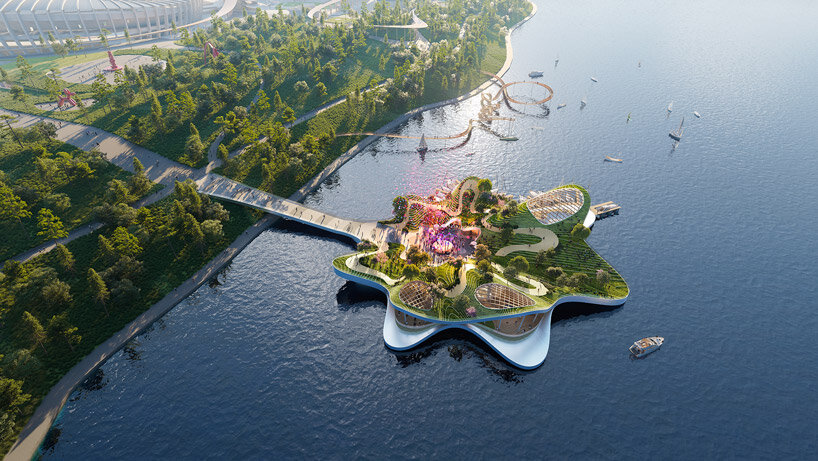 ‘the leaf’ pier will connect visitors with the han river

‘the leaf’ pier by heatherwick studio (see more here) is designed with the spirit of community, play, and togetherness. a dynamic new addition to the banks of the han river in seoul, the project will integrate a marina for boats and water taxis, enlivening the river and connecting the city with its waterfront. city dwellers are often disconnected from the water, regarding their rivers as a feature to be viewed from afar — heatherwick’s pier will create moments of connectivity to the water among trees and meadows, so that visitors will experience a new relationship with urban nature. 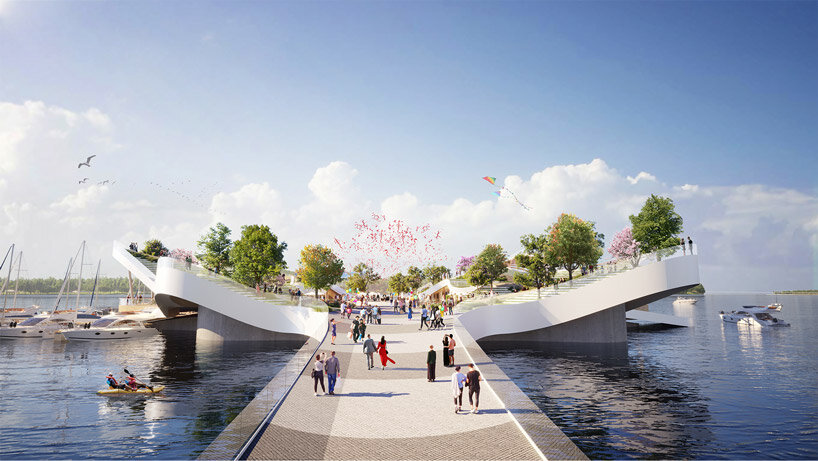 stuart wood, partner and group leader at heatherwick studio comments: ‘at the heart of our project is the idea of playful togetherness. we want this to be a refreshing and dynamic new civic space for the city of seoul where people come to laugh, explore and connect. somewhere joyful and restorative for everyone.’