construction images of pier 55, the collaborative project between heatherwick studio and landscape architect mathews nielsen, have emerged as the dramatic 2.4-acre public park has begun to take shape in new york‘s hudson river. first announced back in 2014 (see coverage here), and with construction given the go-ahead two years later (see coverage here), the pier is expected to open to the public in 2021. its unexpected topography comprises concrete pots supported on piles, which, according to the images, seem to be nearing completion. 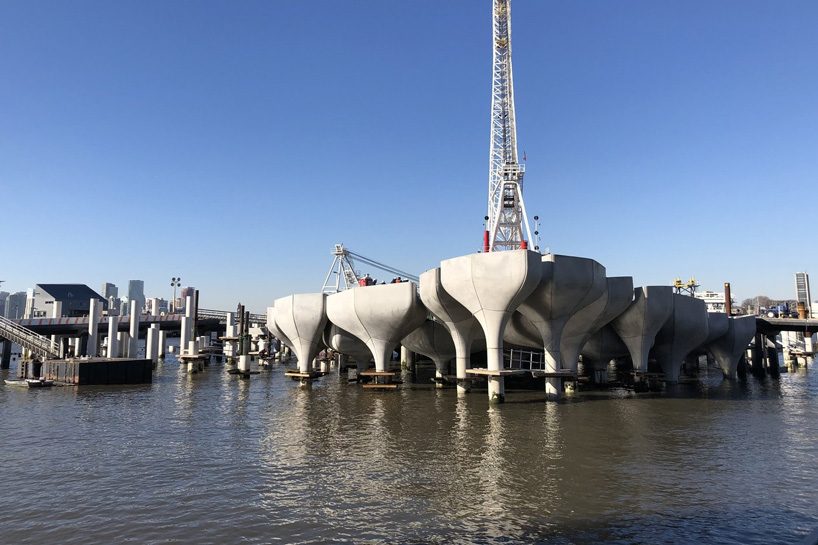 all images courtesy of heatherwick studio unless stated otherwise


heatherwick studio, who won the design competition organized by the hudson river park trust and businessman barry diller back in 2013, has designed a public park and performance space that comprises a system of repeating piles, which each form a generous planter at their top. every planter then connects in a tessellating pattern at different heights, forming an undulating landscape that resembles a leaf floating in the water. together with landscape architect mathews nielsen, heatherwick has developed a unique topography of more than a hundred species of indigenous trees and plants suited to the harsh extremes of new york climate. 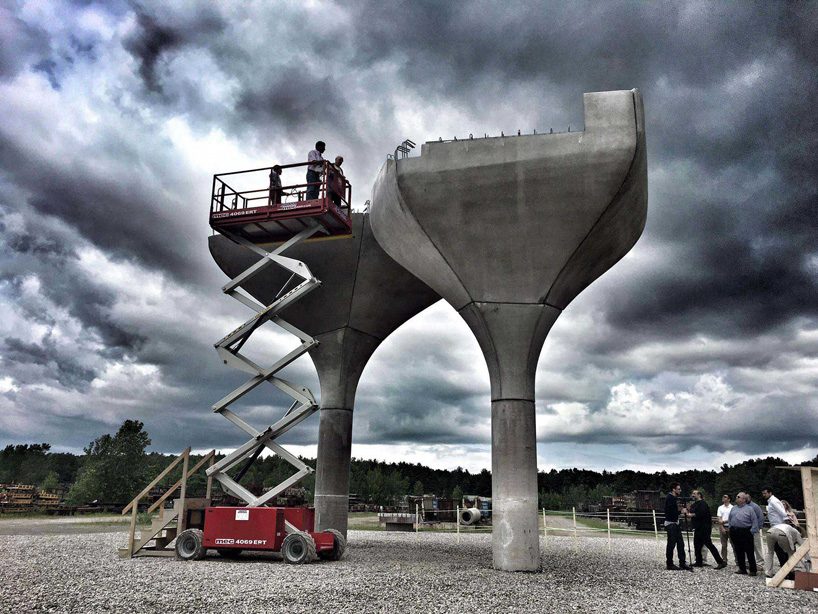 with most of its piles and pots nearing completion, pier 55 is expected to open its doors to the public in 2021. the floating park will also serve as a world class outdoor performance space, incorporating an outdoor theater for over 700 people, a smaller performance space for 200, a main space for 3,500, as well as many pathways and viewing platforms. 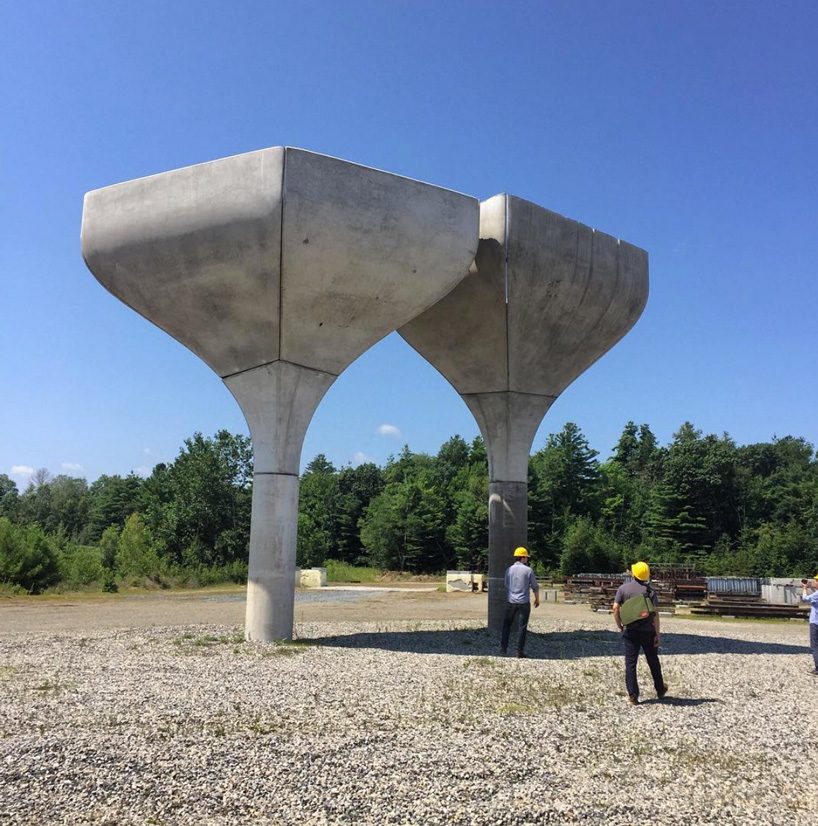 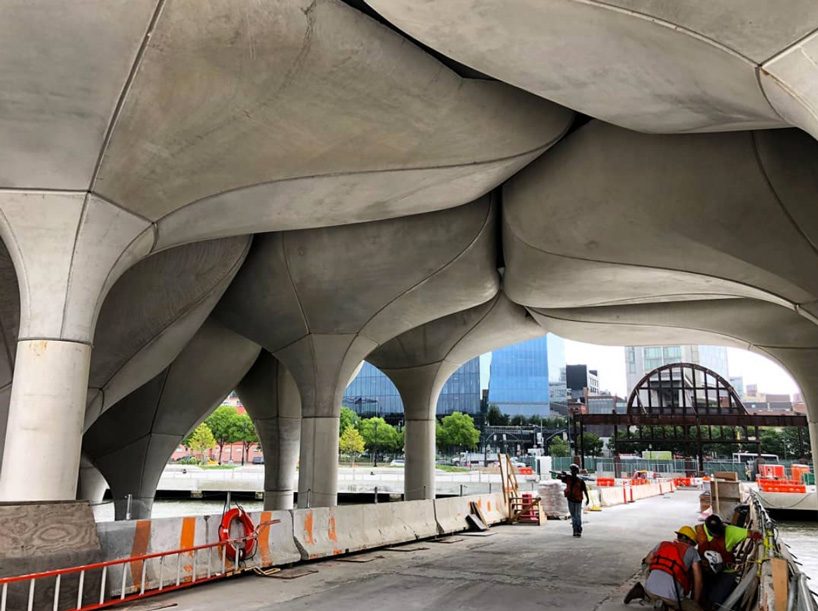 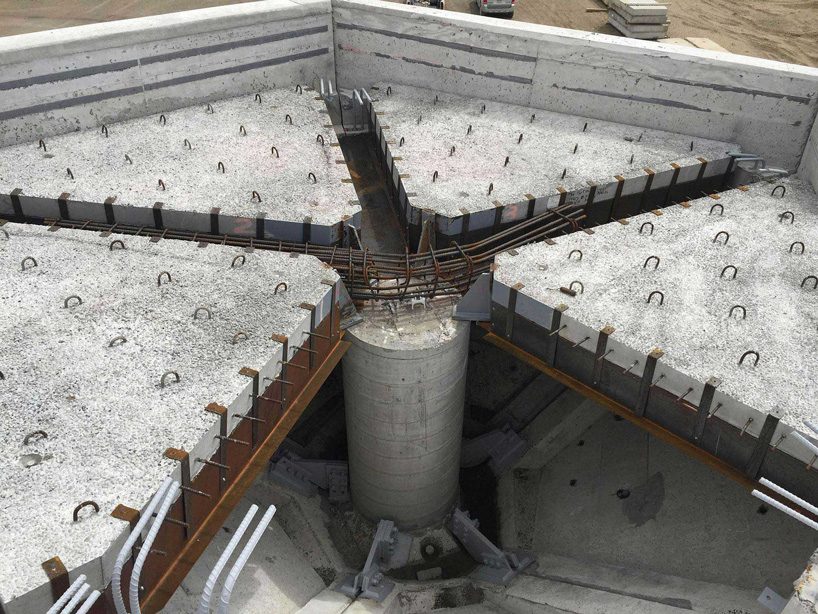 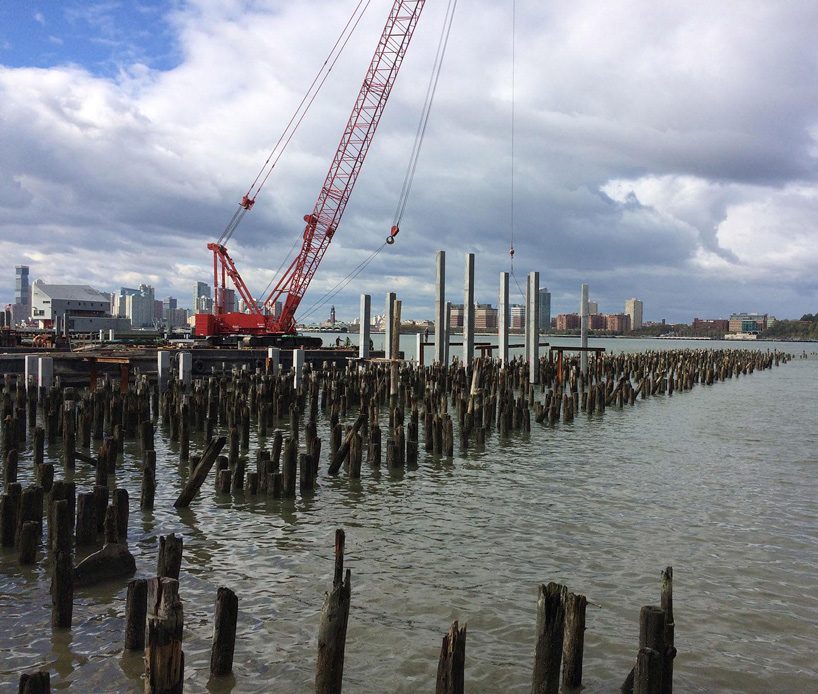 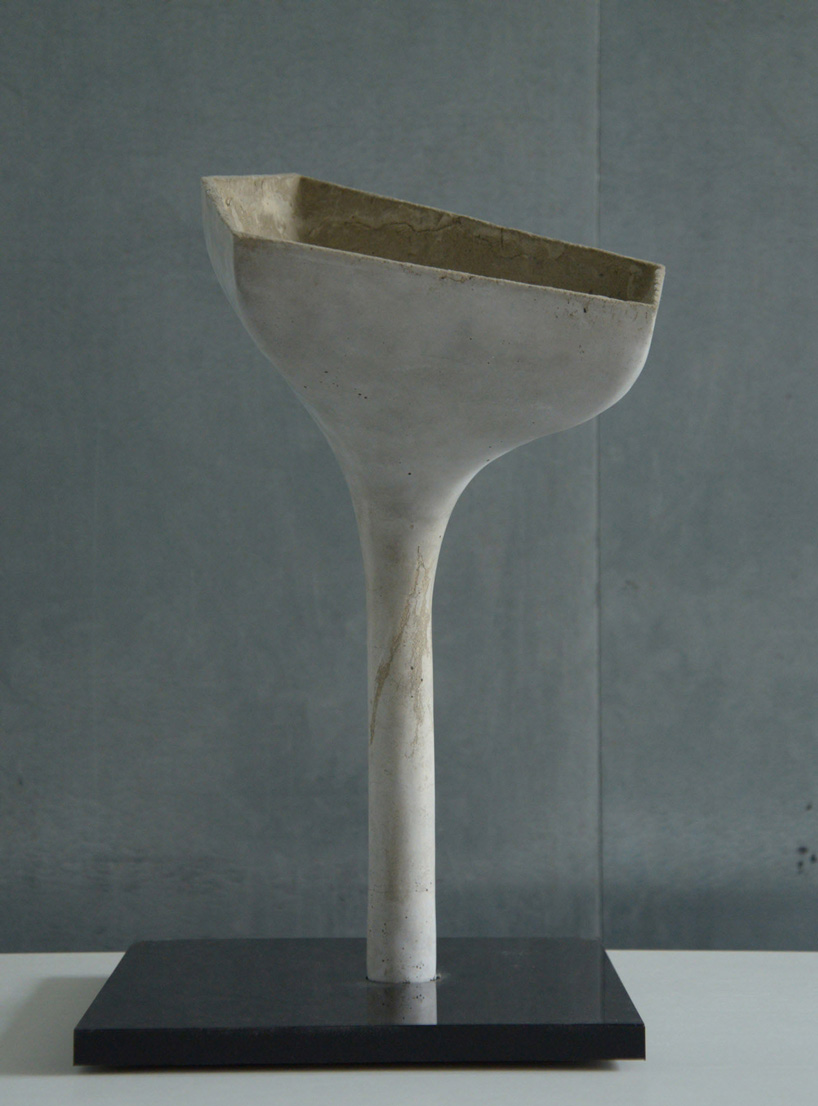 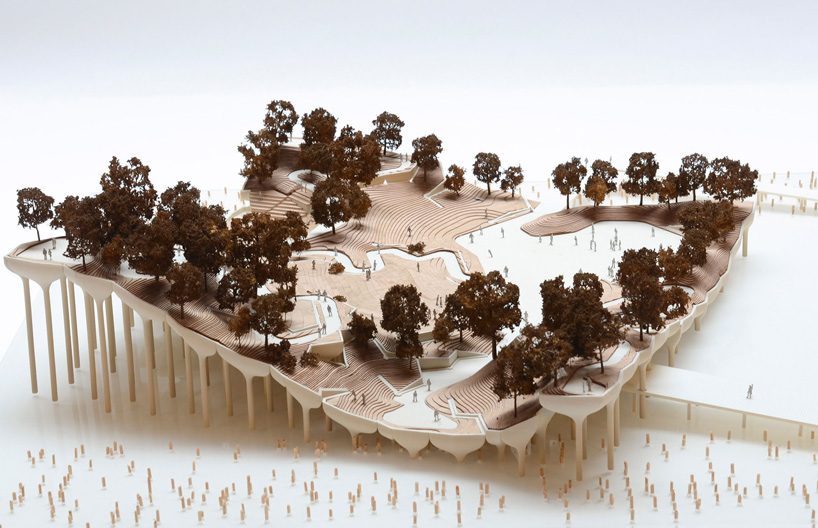 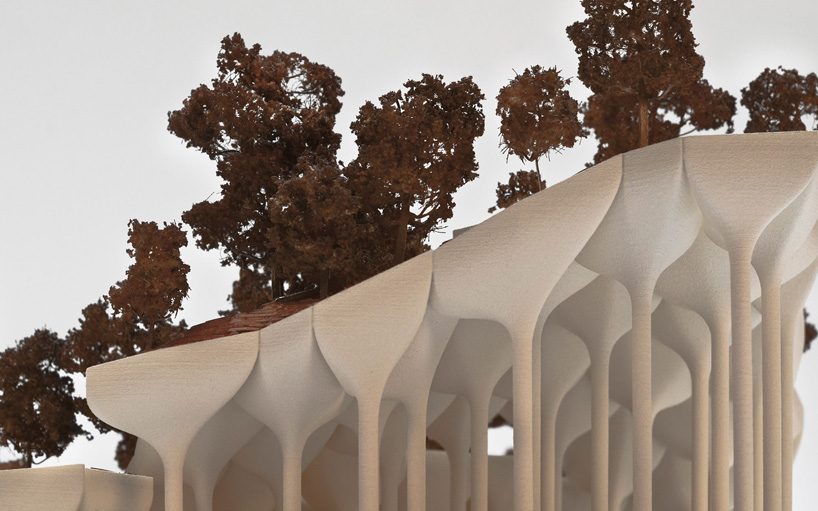 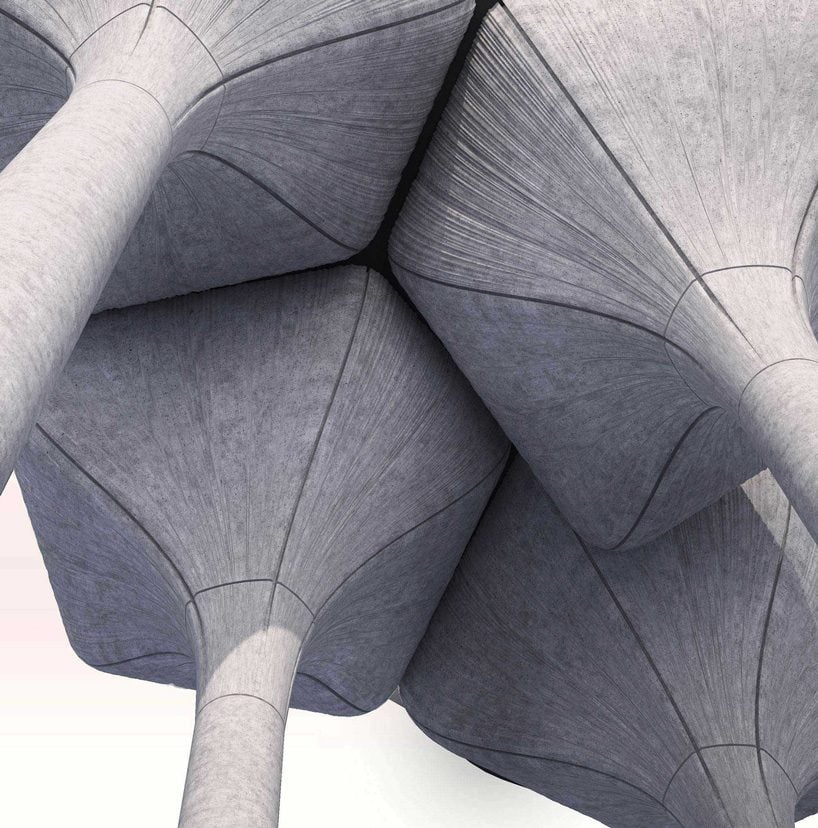 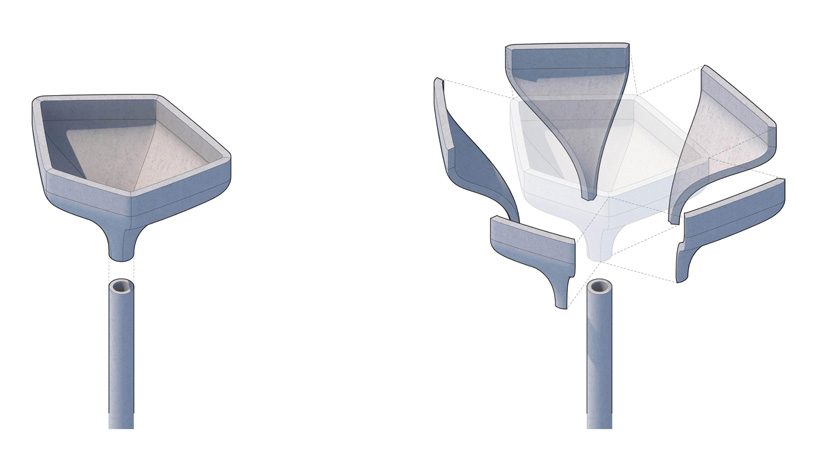 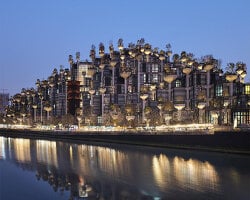