four firms: zaha hadid architects, grimshaw, HOK and benoy have been chosen for their innovative visions to extend london heathrow airport. each of the four proposals -all from UK-based firms- were given a brief to redefine the typology and typical programming of an airport. the resulting renders show a combination of sustainable ideas, innovative technologies and top passenger service – all the while embodying british design. heathrow is britain’s most-traveled airport and the proposed expansion will see a new international terminal with a satellite concourse, urban realm, control tower and extensive enhancements to the landscape on and around the campus. 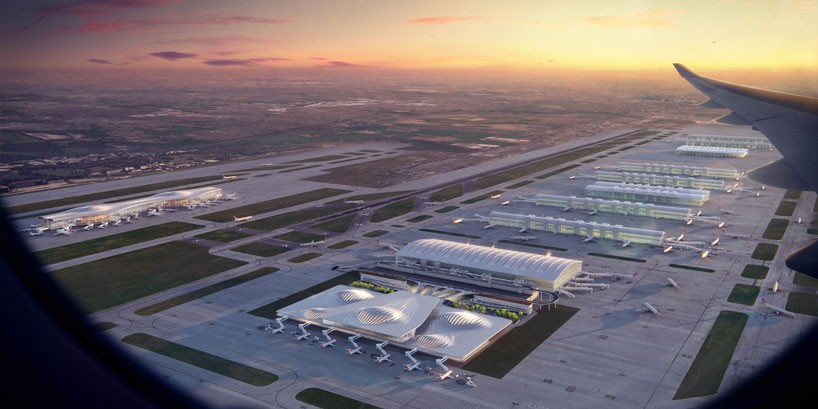 ‘from welcoming concorde to the landmark terminals 2 and 5, heathrow has always been at the heart of showcasing the best of british innovation and design. the visionary concepts are just the start of a dialogue which will fundamentally redefine what an airport is, how it looks and feels, how it interacts with its environment and an increasingly demanding generation of new passengers and importantly enhancing how it connects with the communities around it. our ambition for expansion is to transform heathrow once again – building britain a value for money global gateway at the forefront of sustainable development and innovative design.’ – barry weekes, heathrow’s head of design

each of the four proposals exercise a different style and approach in hopes to bring a dynamic expansion and define a new benchmark for airport design. the winning proposal will be announced in july. 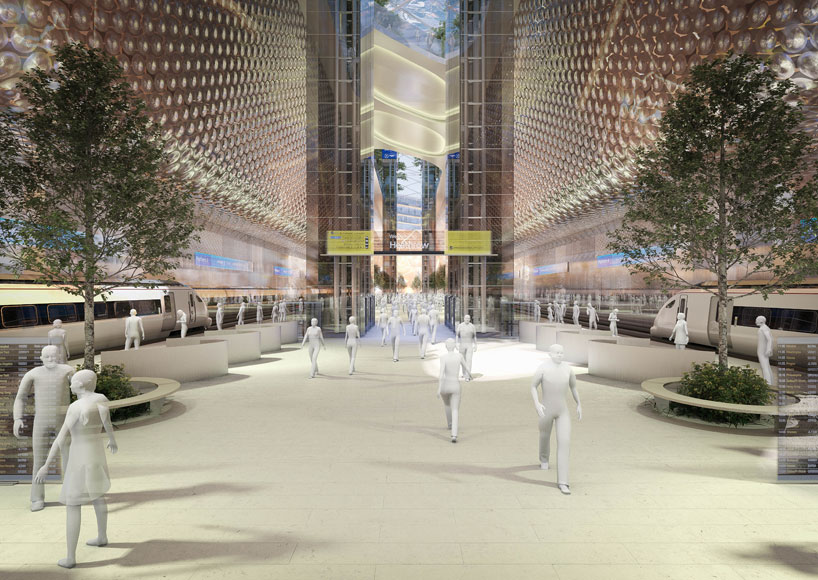