dutch designers frank tjepkema, janneke hooymans, tina stieger and leonie janssen were commissioned  by the dutch beer maker heineken to design their first shop. the studio at tjep settled on a theme of pouring, translating the idea into displays the blend from floor to wall to ceiling, in wave-like forms. a sub-theme for  the retail outlet was coldness. this theme can be spotted in the cool colours and 100% led lighting system. coldness is also literally seen in the three- story fridge that holds heineken bottles form around the world.  the store is divided into four sections, the aforementioned fridge, a fashion department, a ticket and travel  section and a fully equipped recording studio for young music artists. 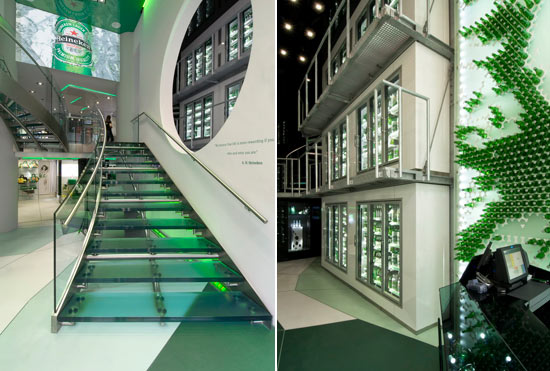 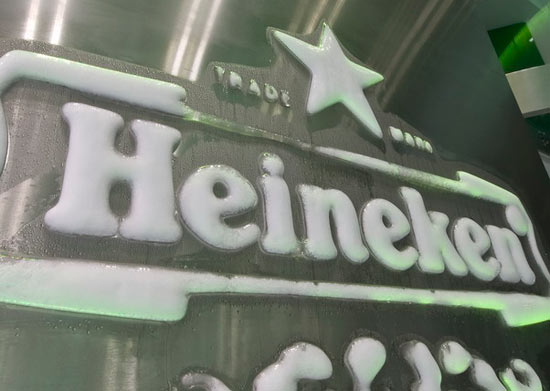 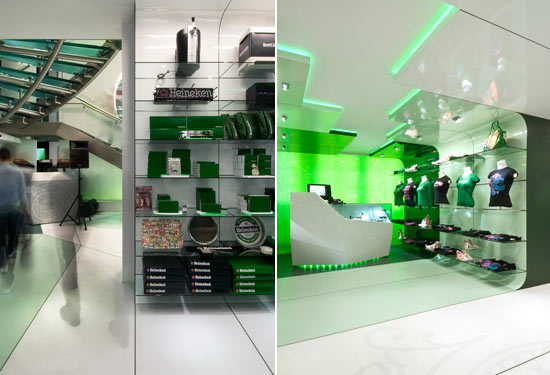 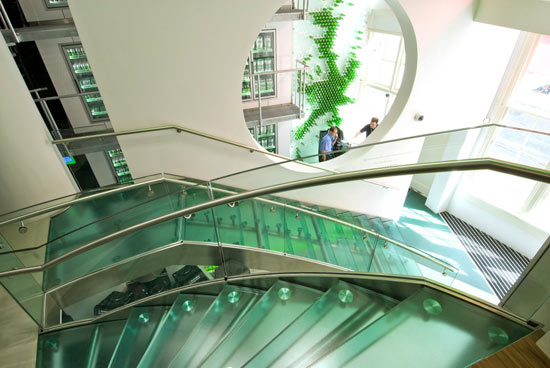 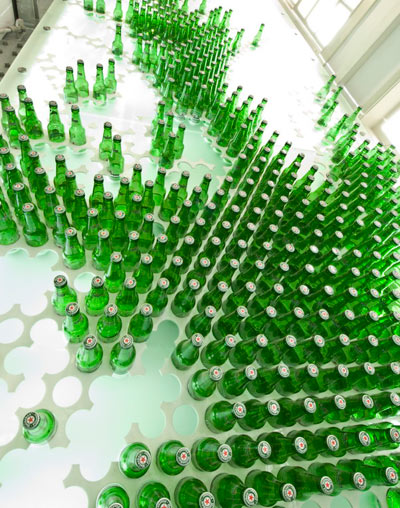