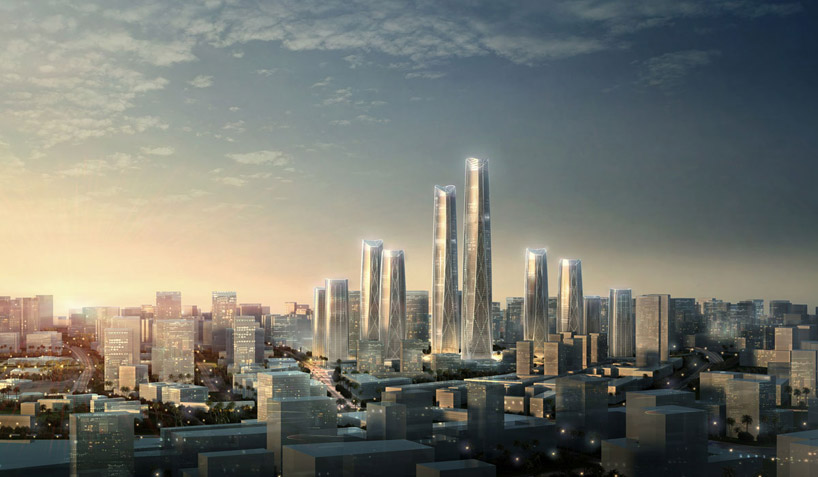 german practice HENN has been awarded first prize for the ‘haikou tower’ proposal for haikou, the business district
within the capital city of hainan, china. ten towers ranging in height from 150 to 450 meters will be divided by a linear axis,
arranged to face each other in two parallel rows. the program will provide 1.5 million square meters distributed between low
rise towers and increase in size culminating with two focal towers which frame a central plaza. office towers are interconnected
with undulating podiums to incorporate commercial spaces and public courtyards with lush green areas and water features. 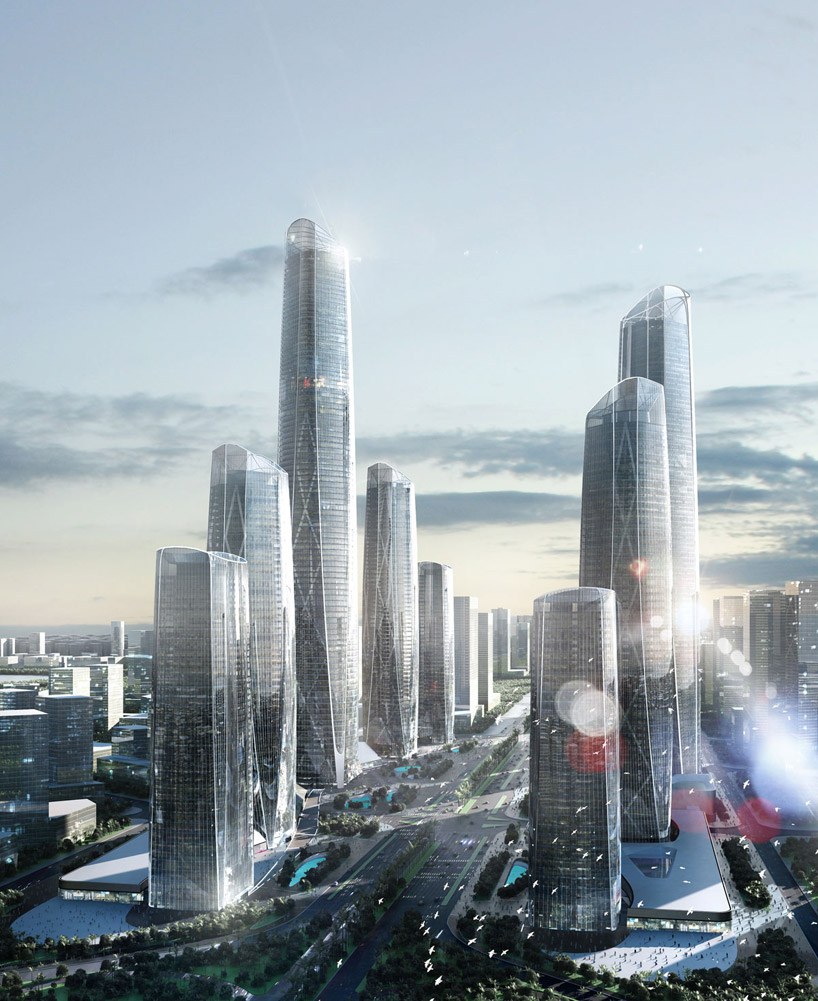 the large tower contains the office and hotel program which dictates a different structural system within the form to accommodate
the shifting use of interior space. the need for column free areas within the office levels require a series of eight mega-columns
and substantial core to direct vertical loads to foundations and to allow long span floor plates. large braces distribute the lateral
loads from wind and earthquakes. the hotel portion located at the upper thirty levels is supported with a exposed outrigger truss
which becomes incorporated into the lobby experience. the dominant element marks the building’s change in function for visitors.
unobstructed views are maintained with minimal bracing at the perimeter glass while a sky lobby and observation deck are placed
at the pinnacle of the skyscraper.

a panel unit curtain wall contains a ‘folded’ module that blocks direct sunlight and solar gain. this outer skin’s creases augment
in acuteness at higher points on the facade, finishing at an angle measurement of 30 degrees. the top half is comprised of opaque
spandrel glass with integrated photovoltaic cells to produce energy while light is introduced through the bottom portion of
transparent glass. 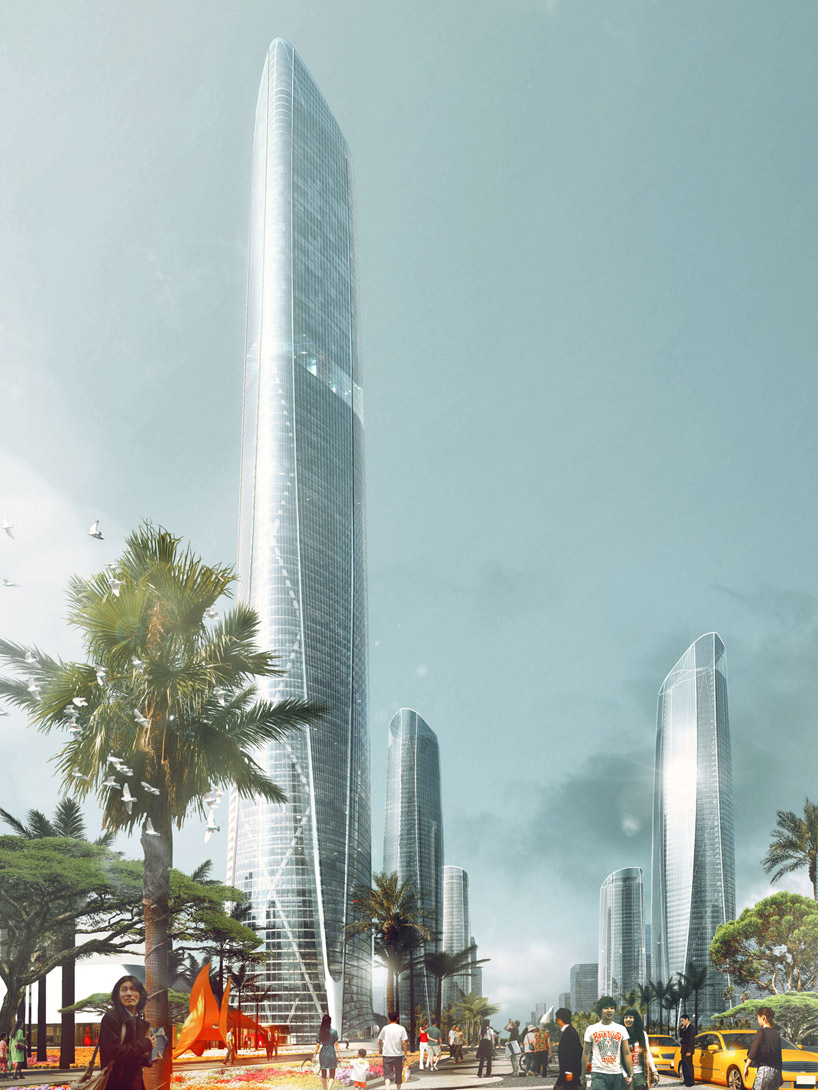 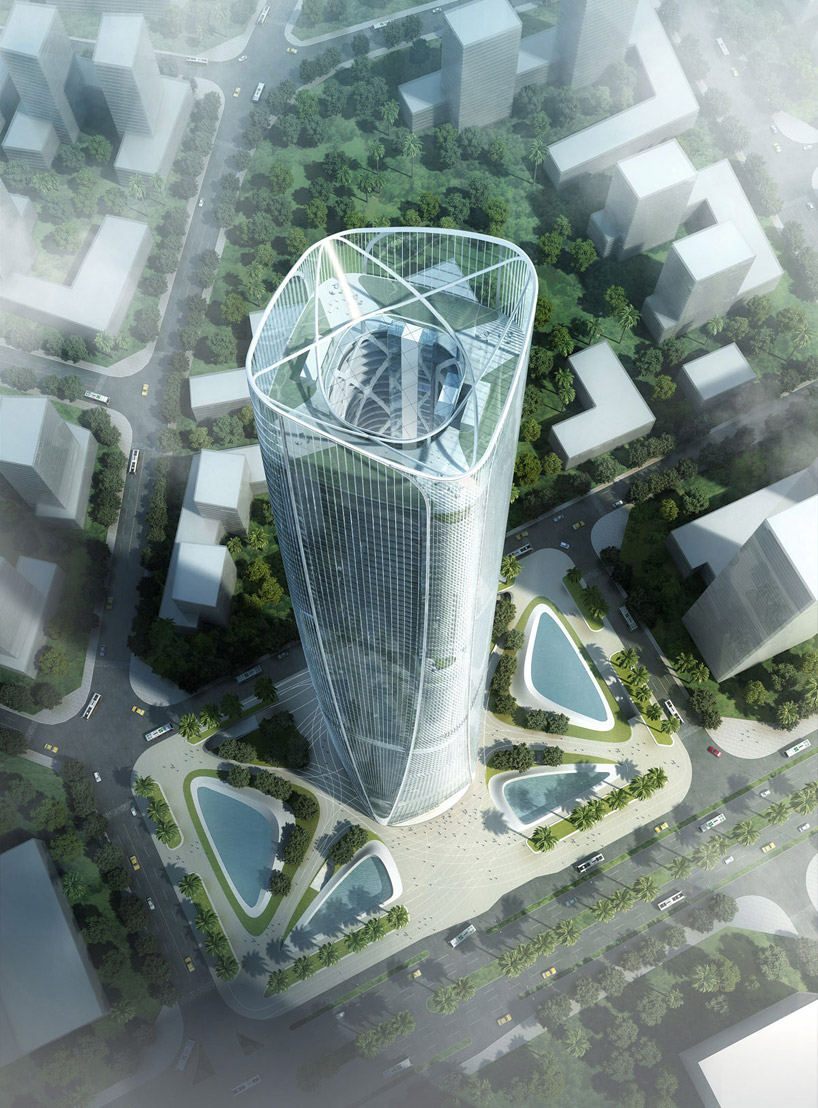 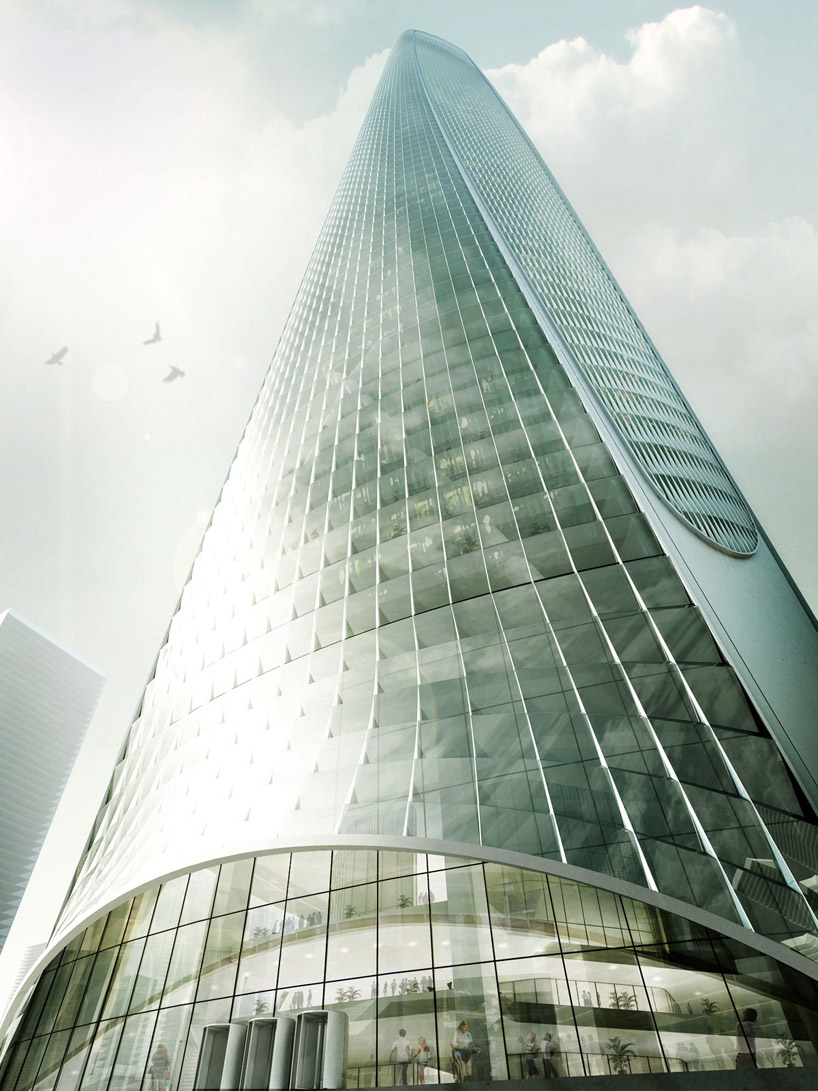 view from base of tower looking up 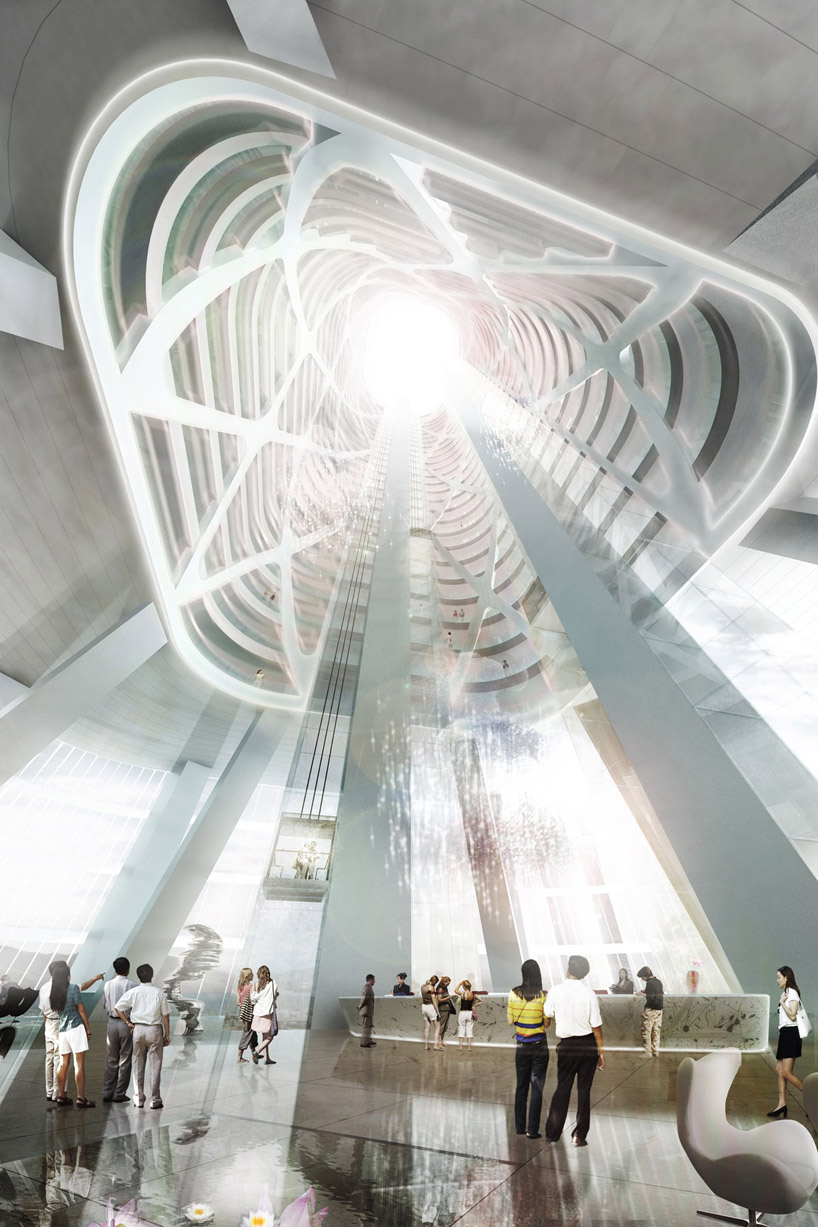 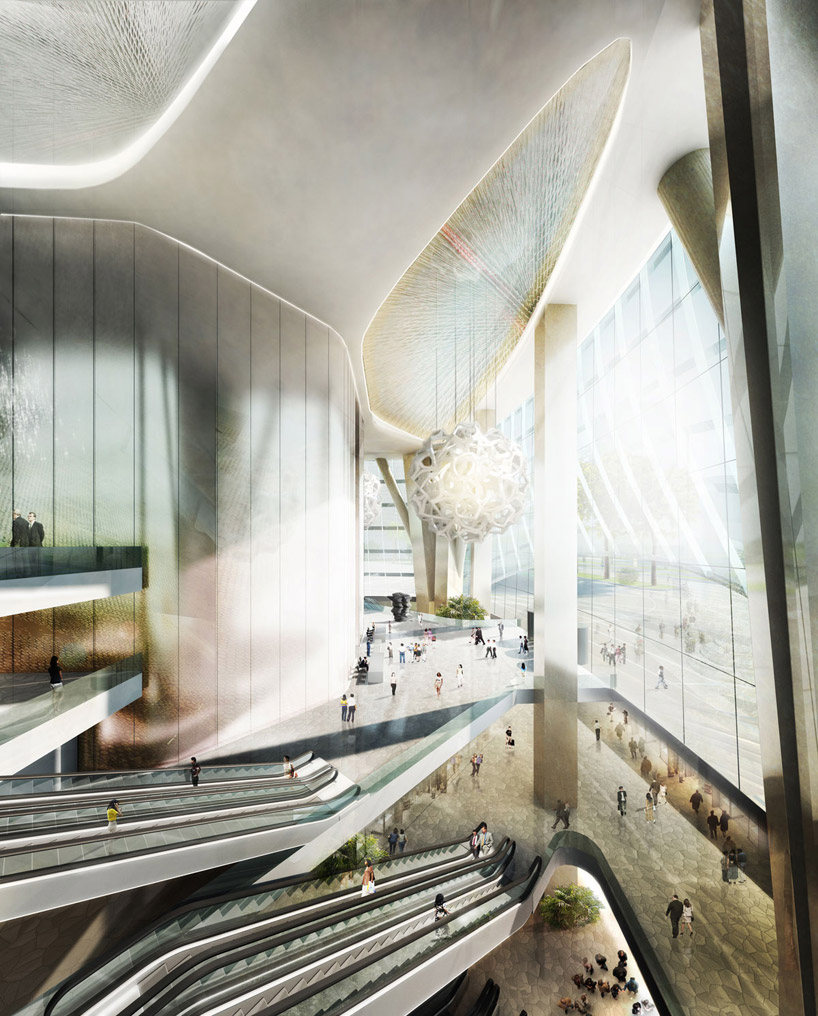 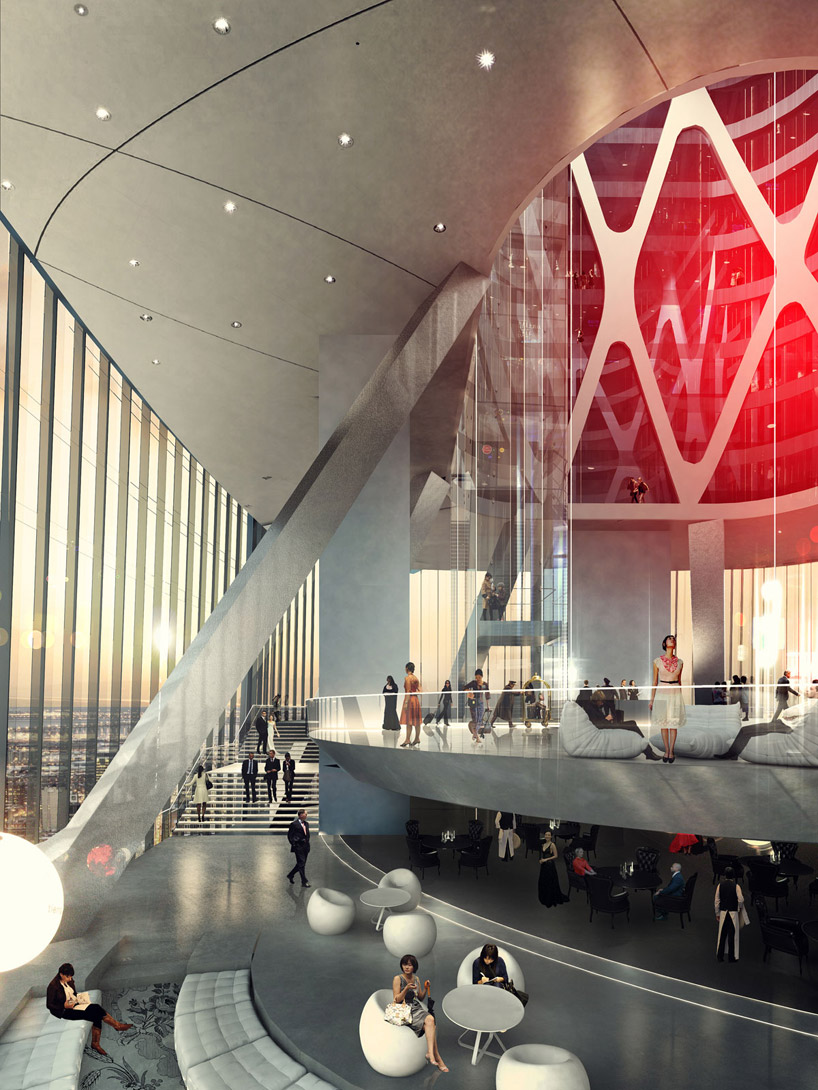 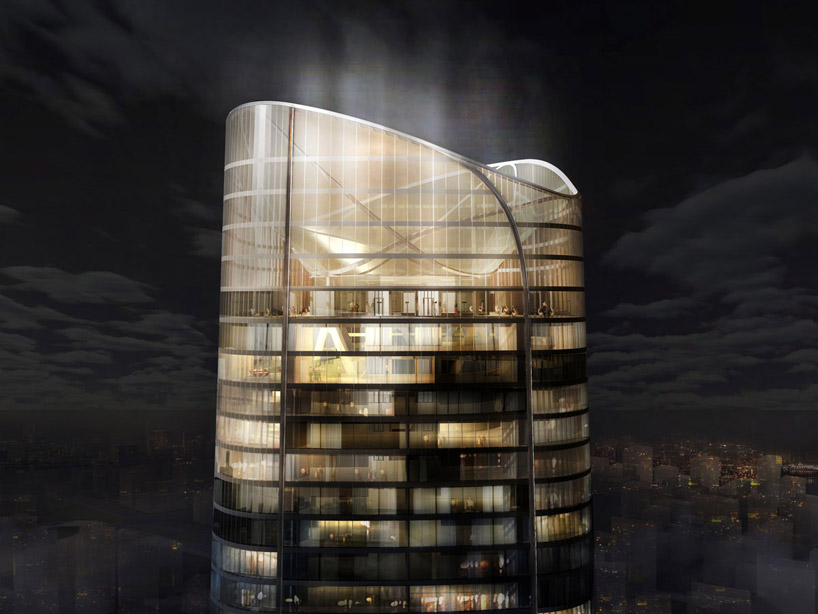 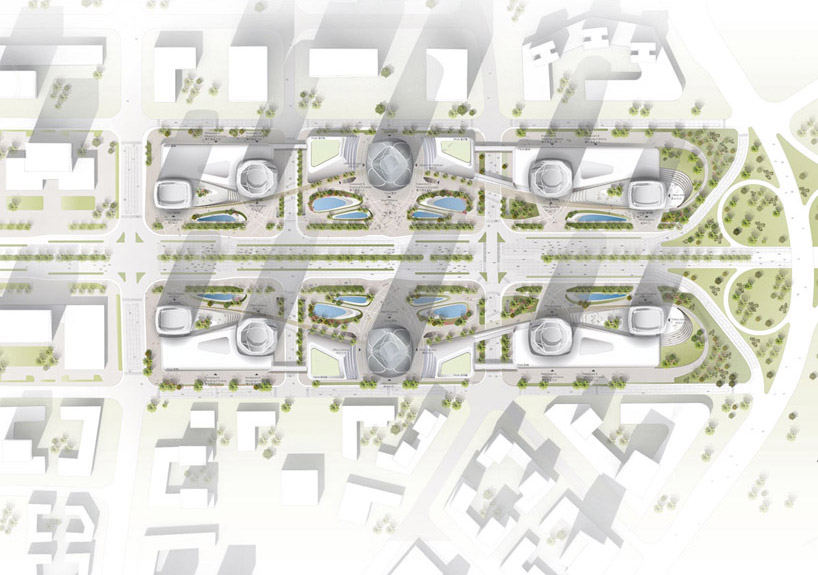 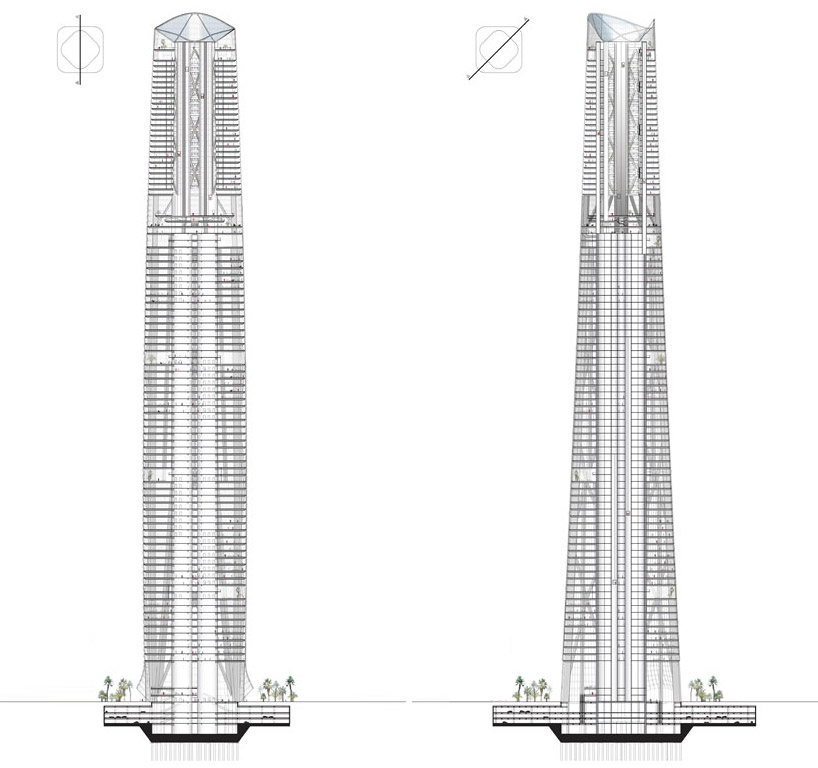 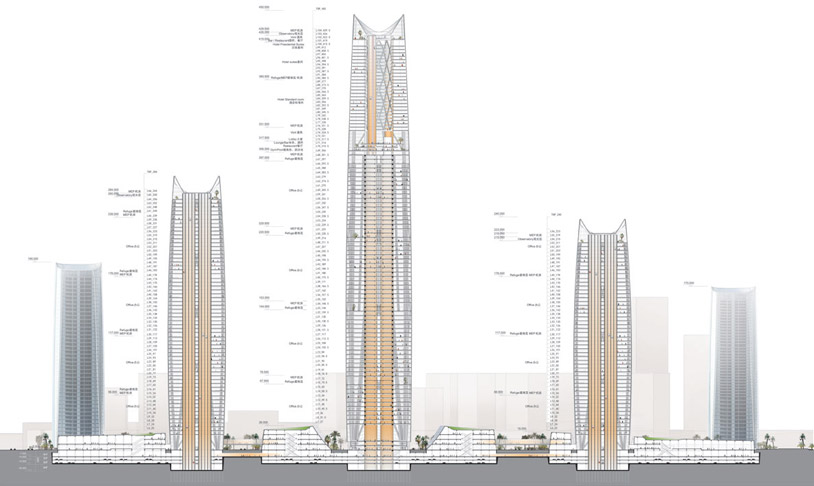 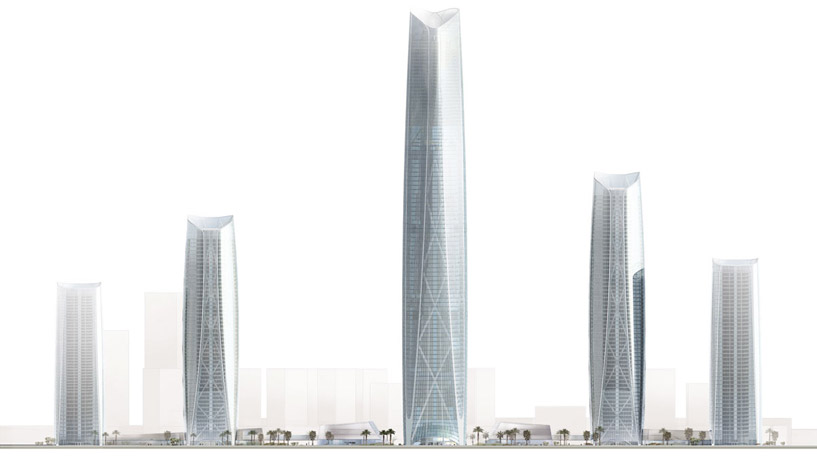 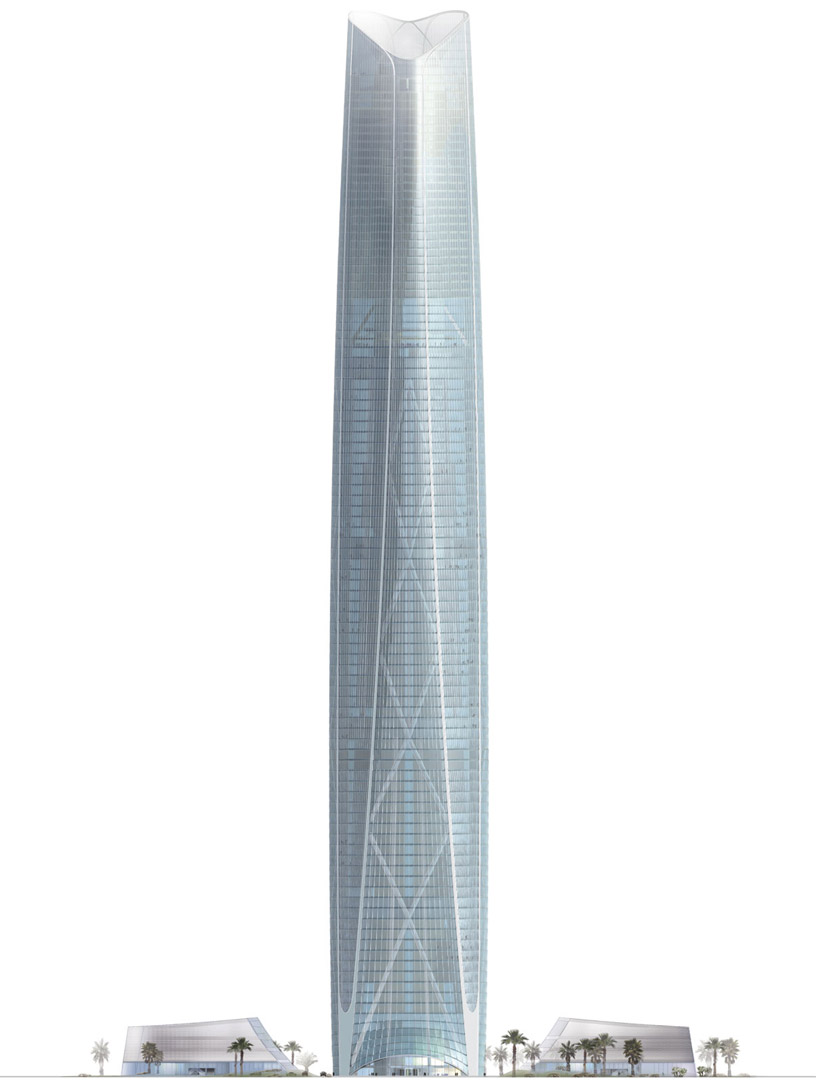 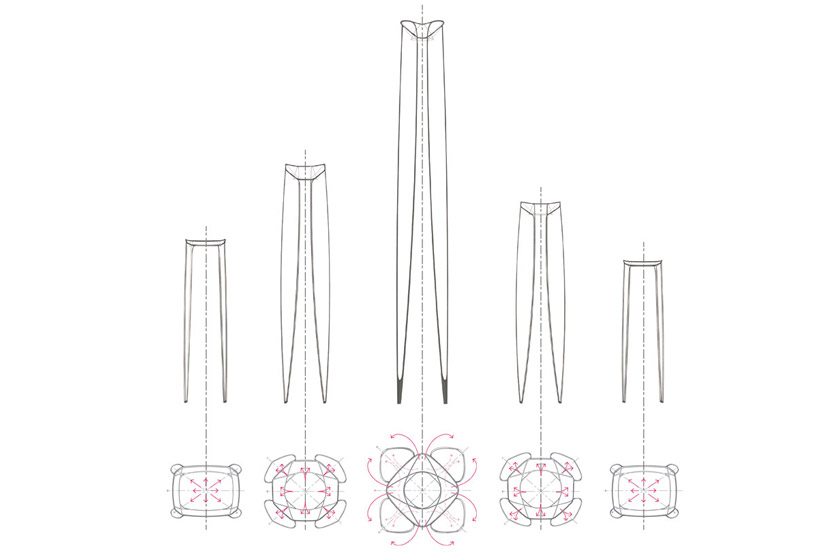 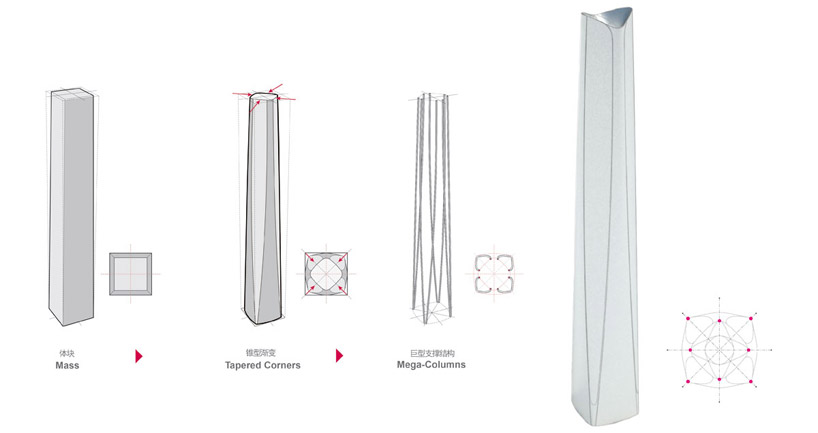 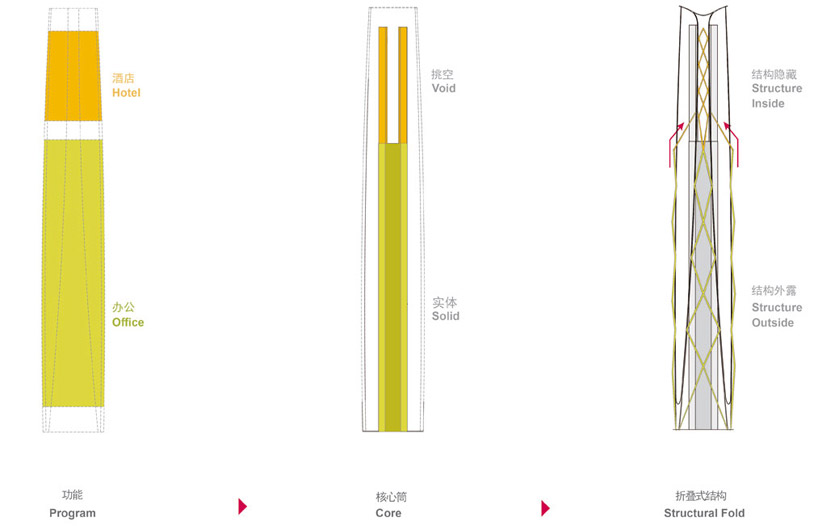 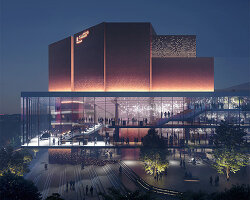 Aug 12, 2021
HENN on the post-pandemic workspace and carbon concrete use 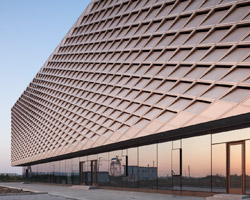 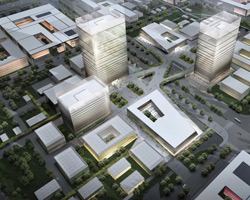 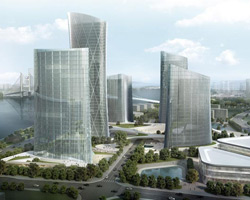