during the 2016 olympics in rio de janeiro, danish practice henning larsen architects will erect a pavilion on the city’s famous ipanema beach. the structure is intended to form a dynamic venue for cultural exchange during the games, accommodating a public program that includes sports, exhibitions, and live music. located in the shadow of rio’s iconic christ the redeemer statue, the temporary building will present sweeping views along the coastline and out over the atlantic ocean. 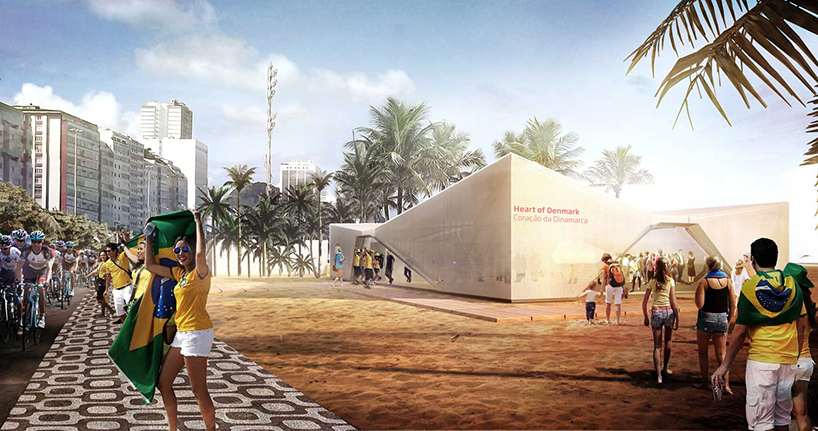 the pavilion will be located on rio’s famous ipanema beach

the 300 square meter pavilion will form a simple tented enclosure, composed of four sections of metal profiles covered with a white canvas. the internal volume is organized around a bar, a press room, an exhibition on sustainable cities, and an amphitheater offering visitors ocean views or live olympic footage on a big screen. the aluminum construction is by john mast, a producer of sailboat masts, while the whole design will be covered with sail cloth manufactured by onesails. ‘the pavilion’s simple and light expression is a reference to nordic architecture and to denmark’s maritime and sailing history,’ explain the architects. ‘the triangular shells of the pavilion also pay tribute to rio de janeiro’s hilly landscape, and are inspired by the brazilian architect oscar niemeyer’s iconic style.’ 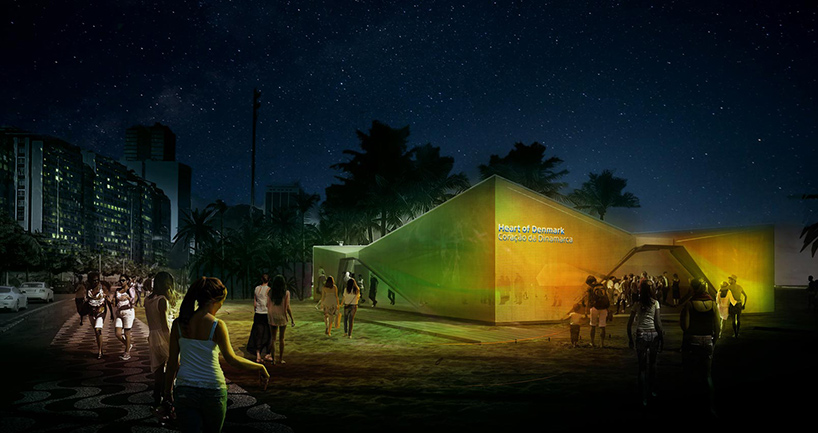 the LED lighting system will illuminate the pavilion at night

martin professional has designed a special LED lighting system to illuminate the pavilion at night, capable of adopting a range of colors such as the danish or brazilian flag. the pavilion will open on august 4, 2016 and remain on ipanema beach until august 21. opening hours will be from 11am until 10pm. visit denmark and the ministry of business and growth are in charge of the project, which is supported and developed in cooperation with the danish industry foundation, nordea foundation, realdania and grundfos. 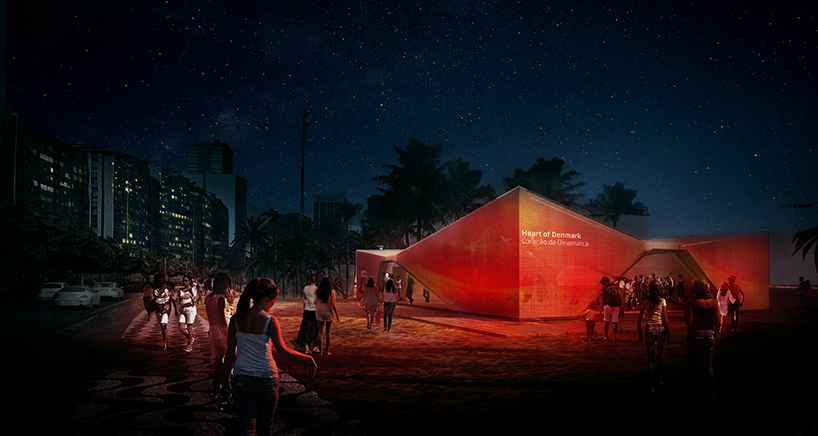 the structure can adopt a range of different colors