danish architecture firm henning larsen has unveiled proposed plans for a new opera house in eastern china. the announcement coincides with the 10th anniversary of the royal danish opera in copenhagen, one of the studio’s most significant works to date. located just north of hangzhou, the scheme will form part of a new cultural complex for the suburban district of yuhang. alongside the opera house, a theater, two museums, an art school and a variety of retail outlets will help catalyze future development within the region.

the opera house is positioned in the middle of a lake, which in turn is surrounded by a large area of parkland. due to its exposed located, the building’s geometric façade and sloping roofscape remains on display to the entire city. internally, a unifying and active foyer not only welcomes guests, but also helps to ensure that visitors become part of the overall social event. no targeted completion date has yet been announced for the project. 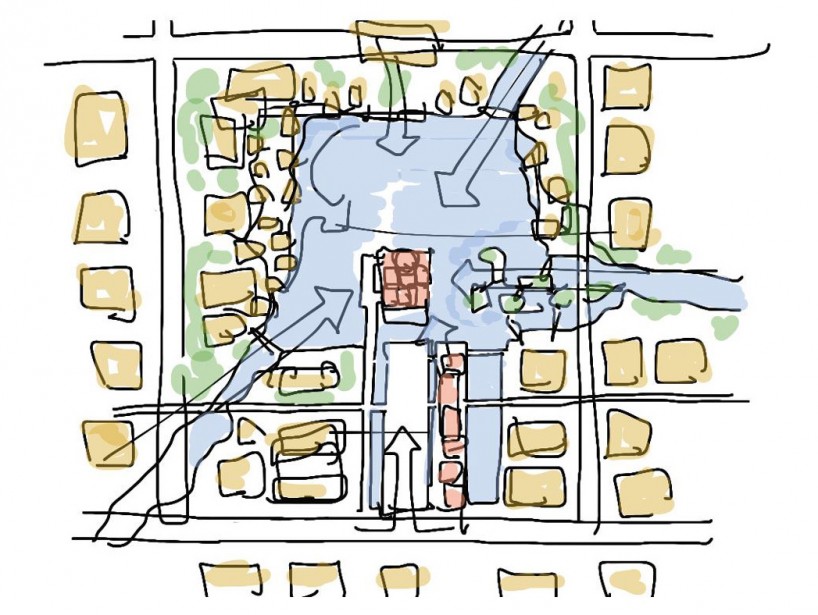 schematic plan indicating the layout of the site 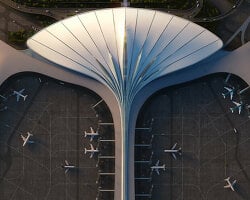 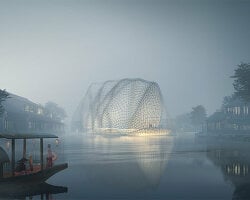