henning larsen has been selected, alongside three other high-profile firms, to complete a building as part of a major waterfront development in san francisco. titled ‘mission rock’, the mixed-use scheme will be built out over three phases with the first stage breaking ground in 2020. as part of the project, henning larsen has designed an office block preliminarily titled ‘building G’. the structure will join others by MVRDV, whose scheme has already been revealed, as well as WORKac and studio gang. 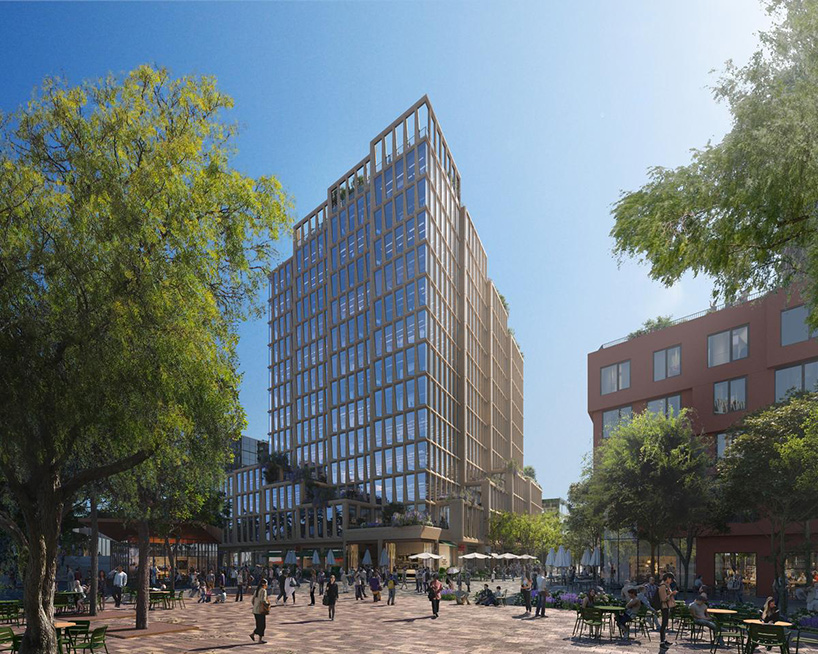 mission rock is a public-private partnership with the san francisco giants, the city’s major league baseball team, tishman speyer, and the port of san francisco to build a waterfront mixed-use neighborhood near oracle park — the home stadium of the giants. as co-master developers and general partners, the trio will design, build, lease, and program mission rock. the development team selected a collaborative design cohort comprising henning larsen, studio gang, MVRDV, and WORKac. 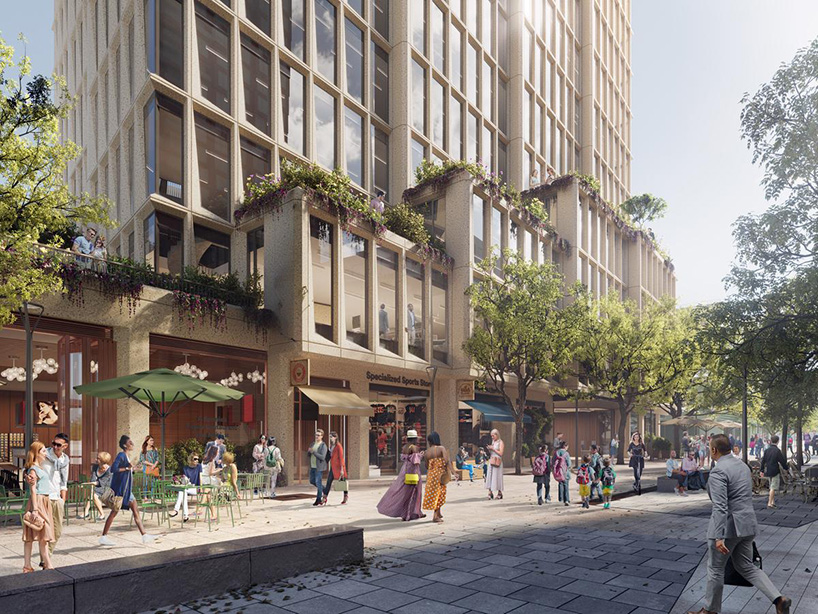 image by portraits to be built

henning larsen’s design references san francisco’s steep urban landscapes as well the site’s legacy of industrial architecture. inspired by the geologic rock formations of devils postpile in yosemite national park, the overall massing volume is carved into smaller bays, which creates a varied appearance from street level. the design features a faceted façade accented by green recreational terraces that ascend the podium before culminating in a fifth floor terrace that wraps around the tower. 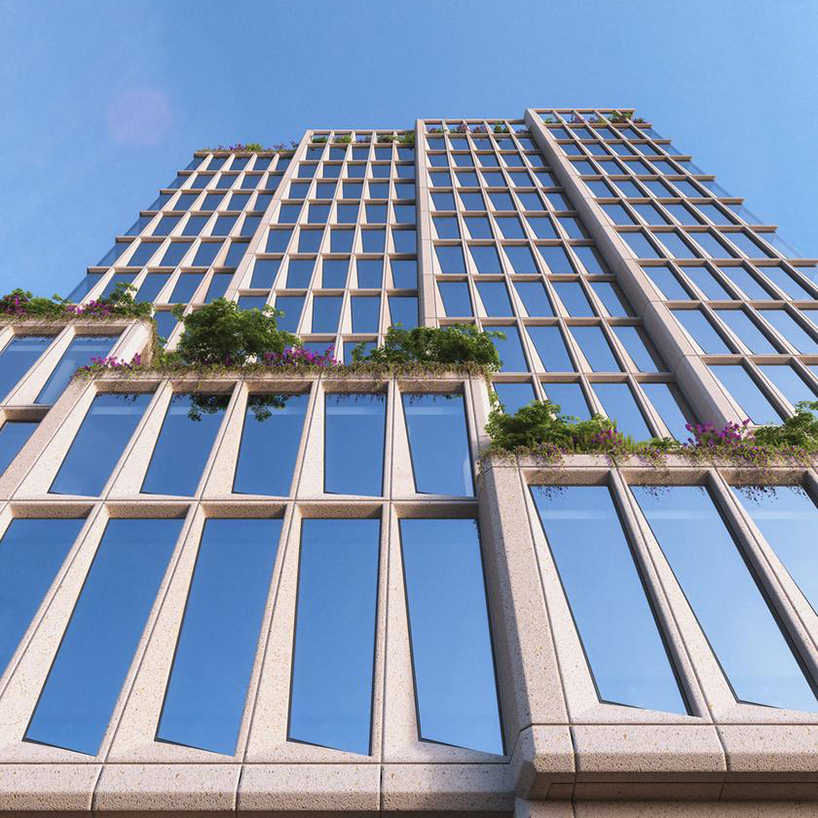 to define a feature rooftop, the top of the 13-story building steps down at the southwest to allow for terraces with views overlooking the new neighborhood. meanwhile, the upper terraces ascend to a north-facing rooftop terrace lounge that features views of oracle park, the bay, and the skyline of downtown san francisco. according to the architects, the depth and angled geometry of each precast façade panel is designed to capture sunlight and enable a play of light and shadow throughout the day. 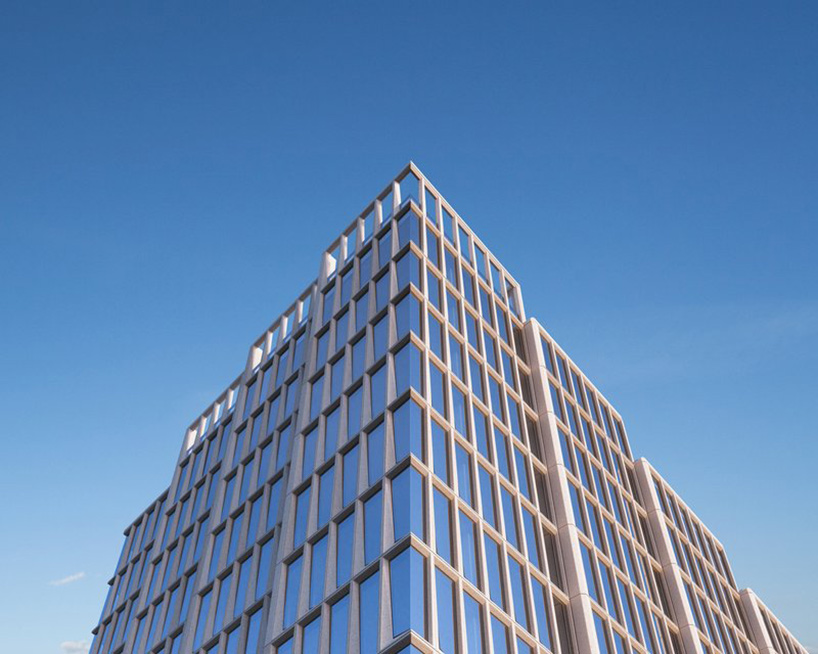 the interior design is characterized by flexible, column-free interior floorplates and the potential for interconnected collaboration zones, with direct access to outside workspaces and planted terraces on most floors. below, each storefront at street level is designed to be different, while providing opportunities for indoor/outdoor experiences. 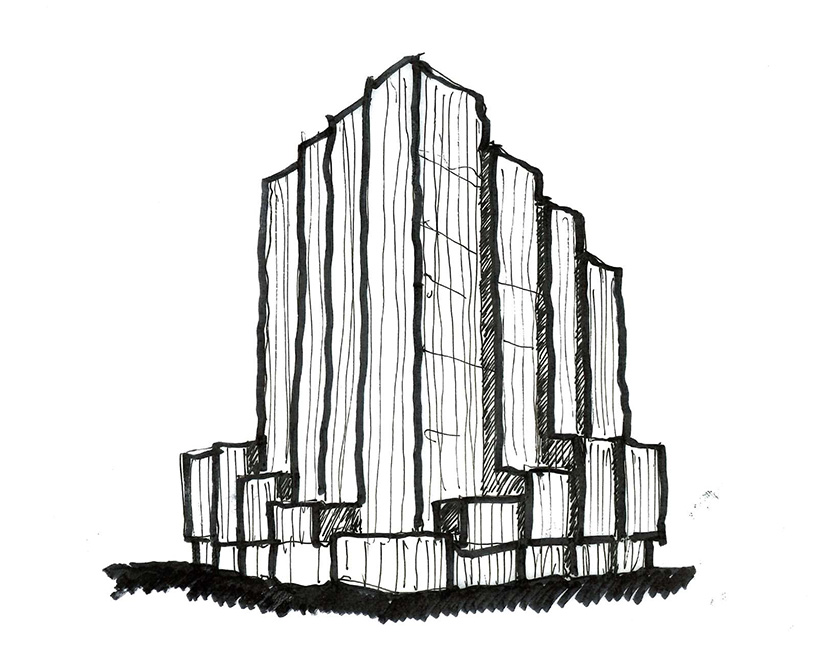 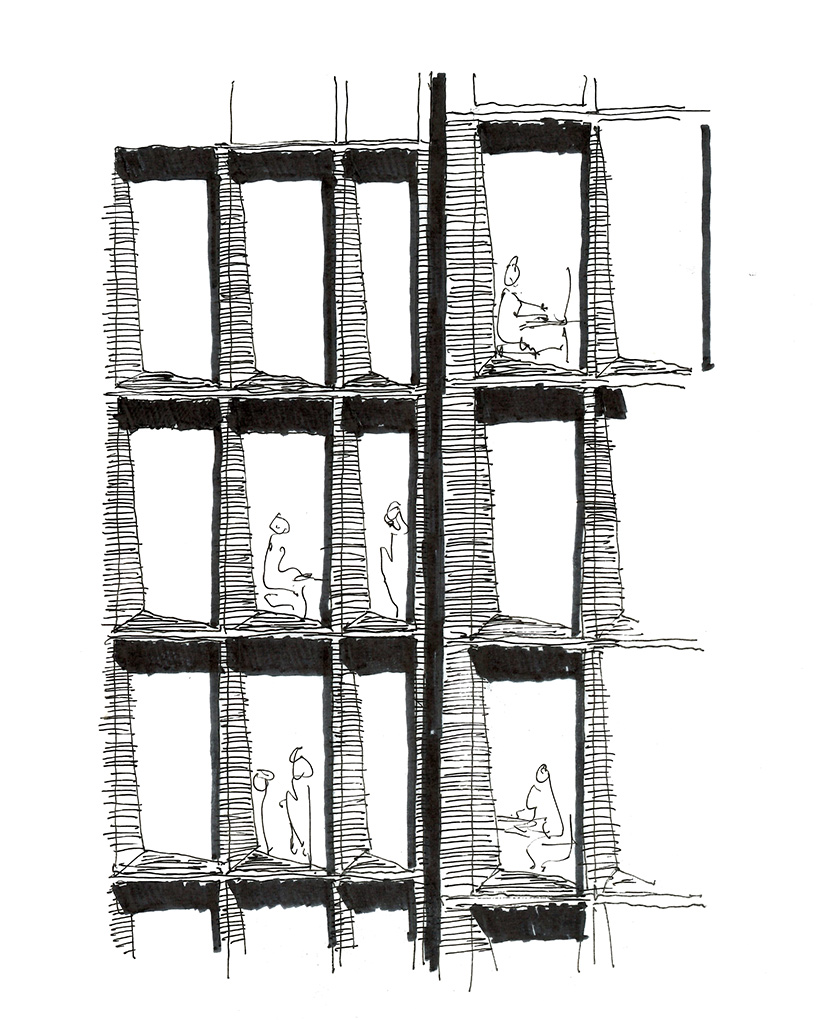 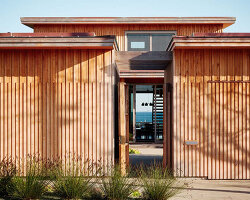 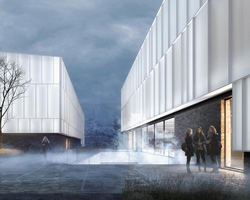 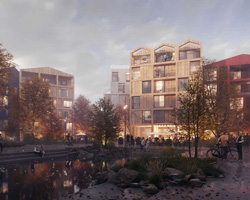