located on the edge of the historic town centre of evreux in north-west france, the contemporary music centre (SMAC) is a music facility featuring two separate auditoriums and recording studios that wrap around an open space called the deck. the building itself is distinctive due to its light-metal envelope; a double wall or over-roof that acts as an additional acoustic feature. 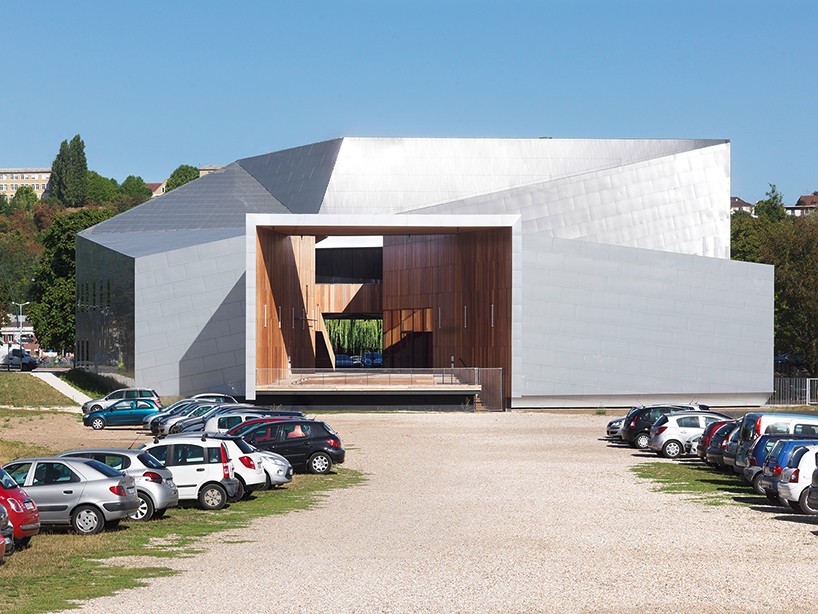 completed by hérault arnod architectes, the sculptural quality is emphasized by the opaque nature composed of triangular facets, some of them made of polished stainless steel that reflects the surrounding trees. the silver volume is imbued with a dual internal motion, the movement of the deck that crosses it and the movement of the roof which rises gradually to envelop the main auditorium. 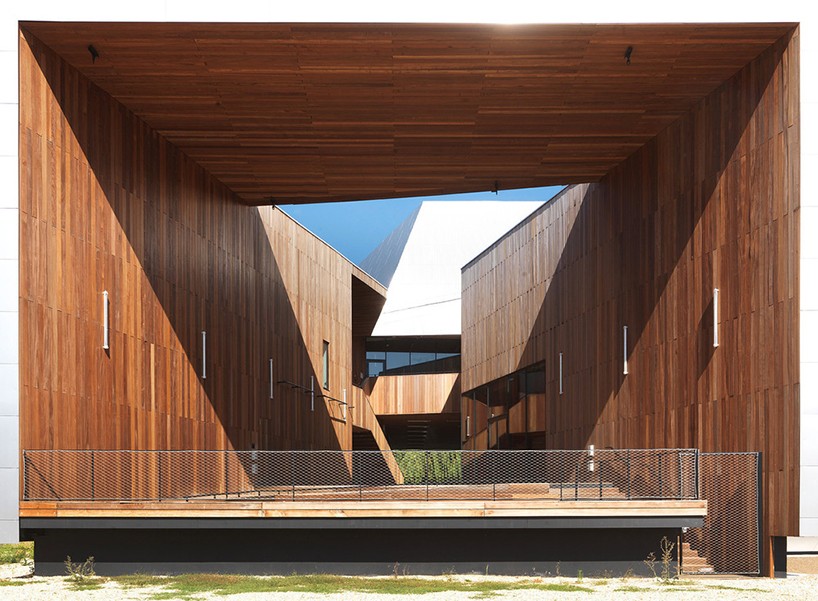 a open-air theatre acts both as a terrace for the club, and as a stage for outdoor concerts or shows

a large opening frames the contrasting interior clad completely of timber. this deck operates as a buffer space between the concert rooms and recording studios which are separate concrete boxes for acoustic reason. the deck opens southwards to become a wide porch, an urban theatre that acts both as a terrace for the club, and as a stage for outdoor concerts or shows. 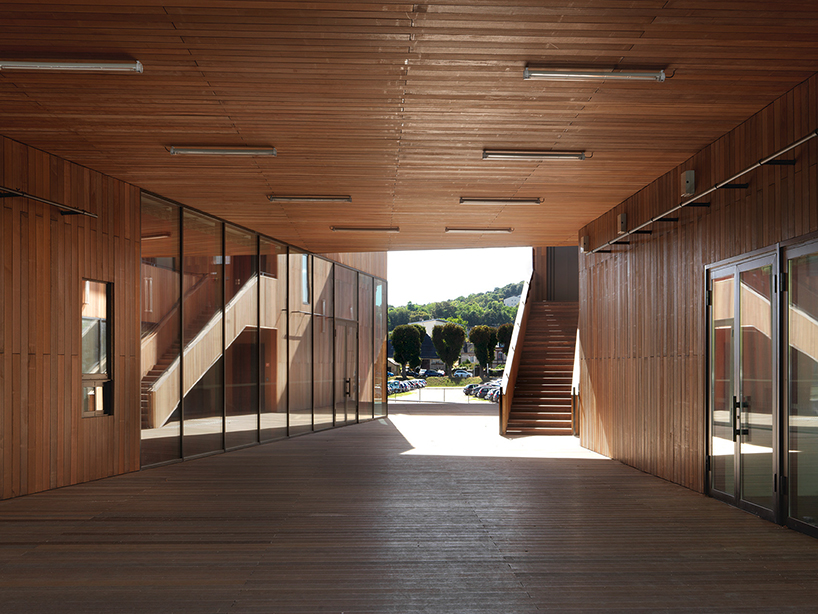 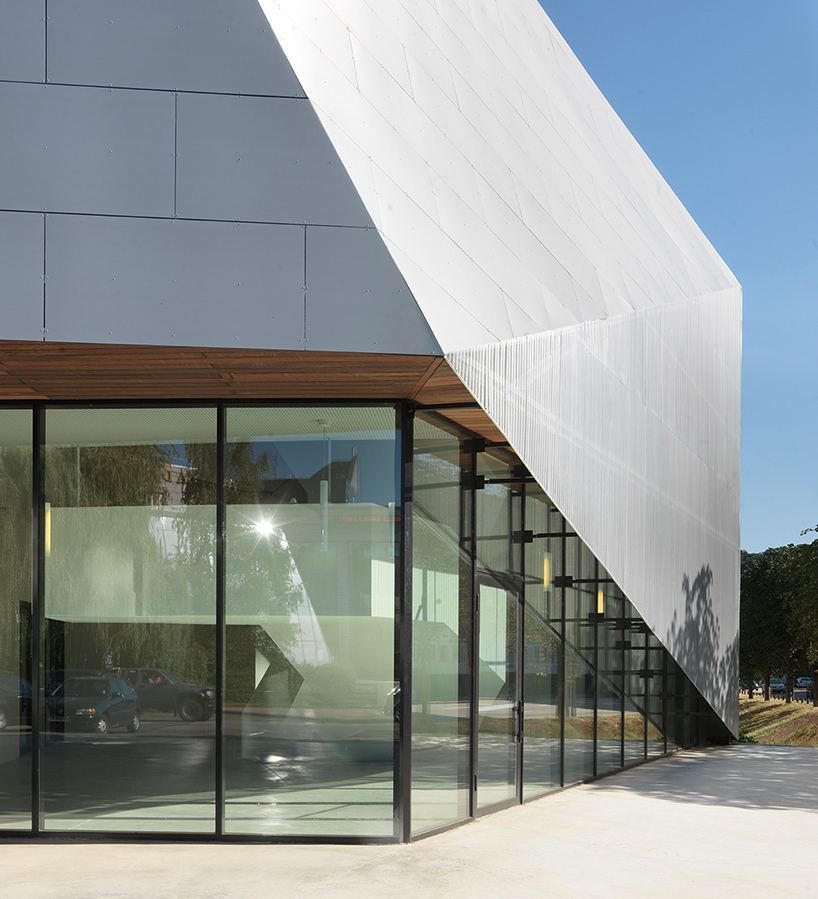 the main concert hall is on the first floor and sticks out, overhanging the entrance on the northern side 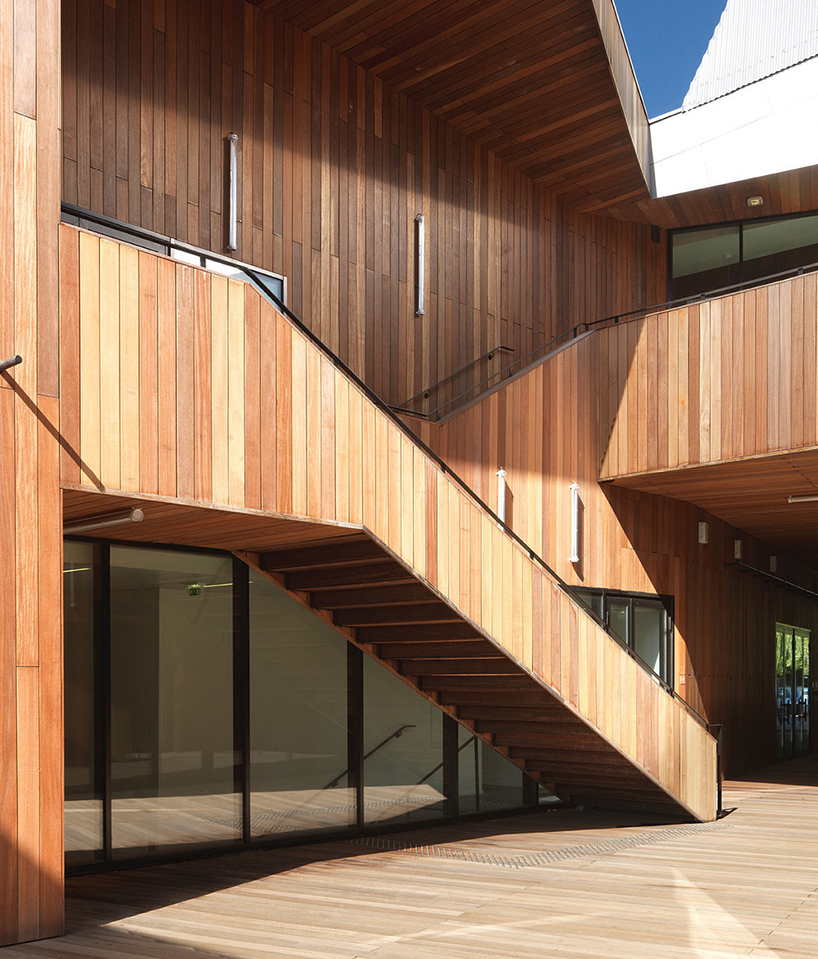 in contrast to the silver façade, the interior is wrapped in wood 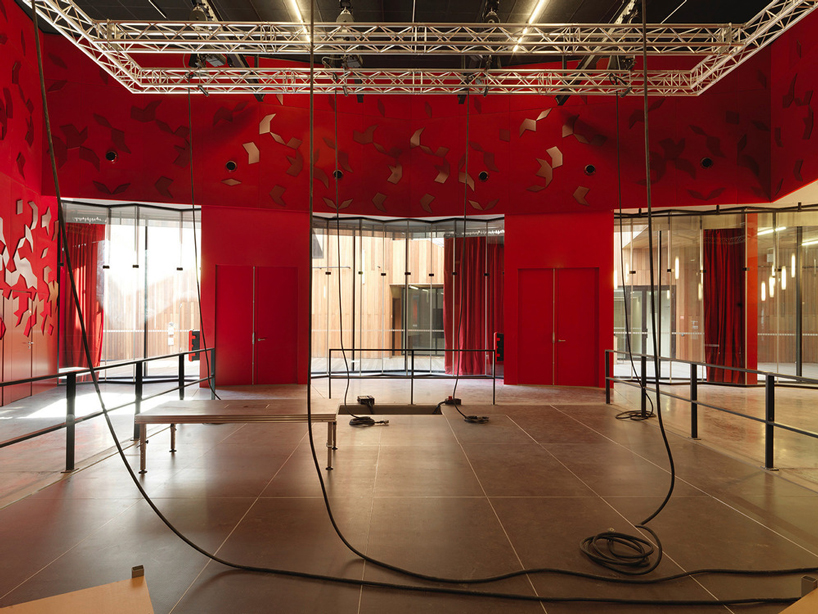 there are two auditoriums and recording studios 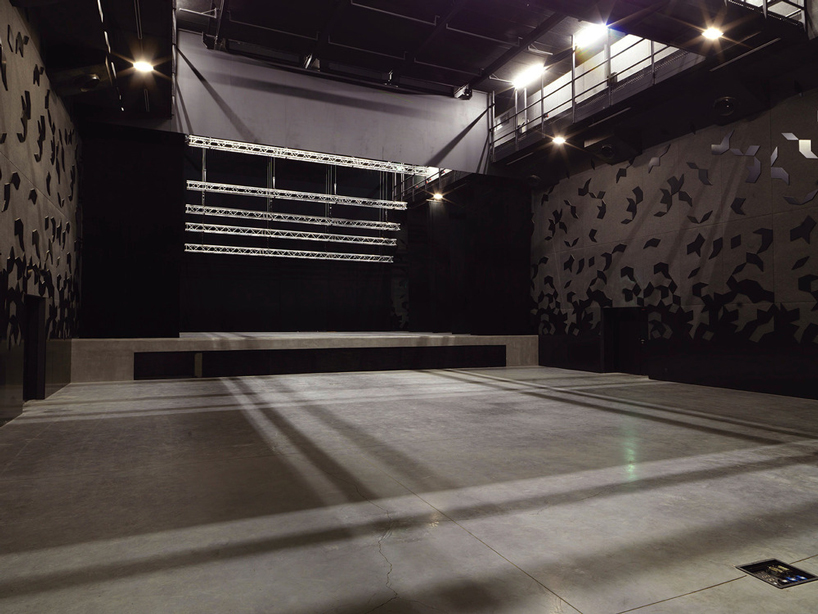 the concert rooms and recording studios are separate concrete boxes 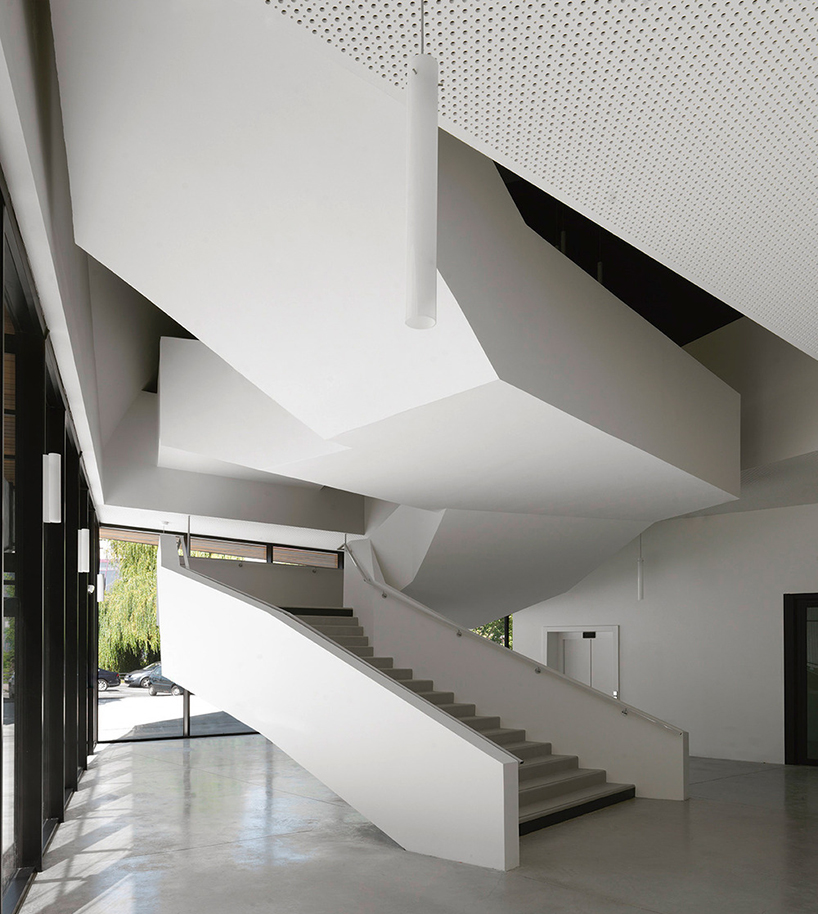 a contemporary character has been infused into the design 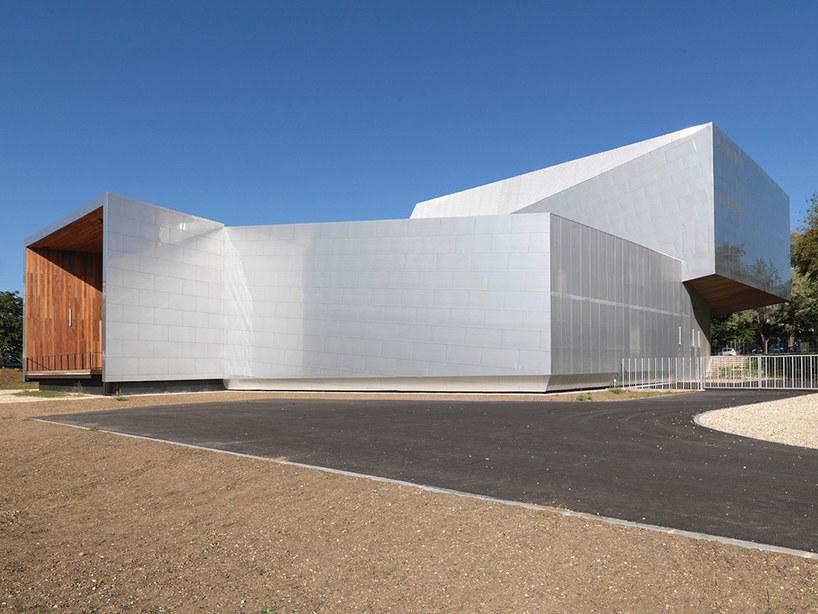 the site is a corner of the bel ebat fairground, on the edge of the historic town centre of evreux 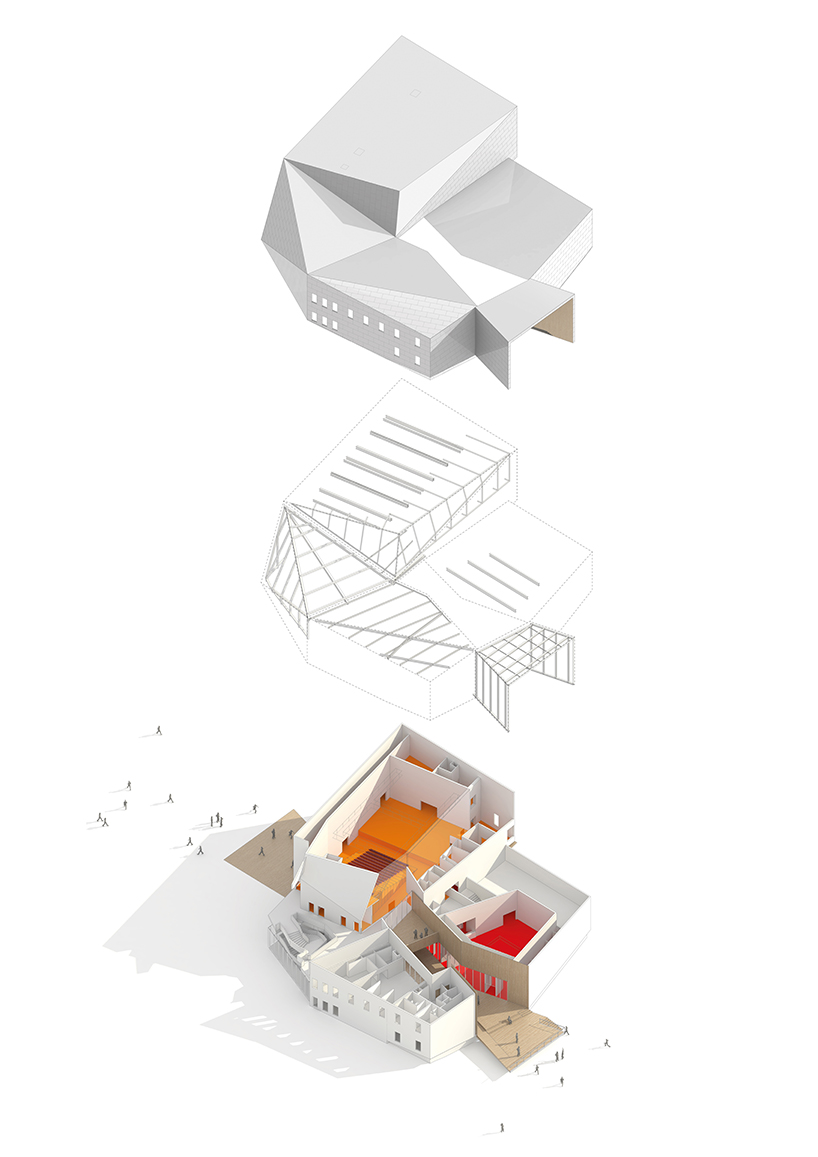 exploded axonometric of the concrete hall 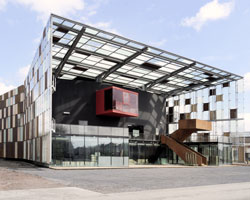 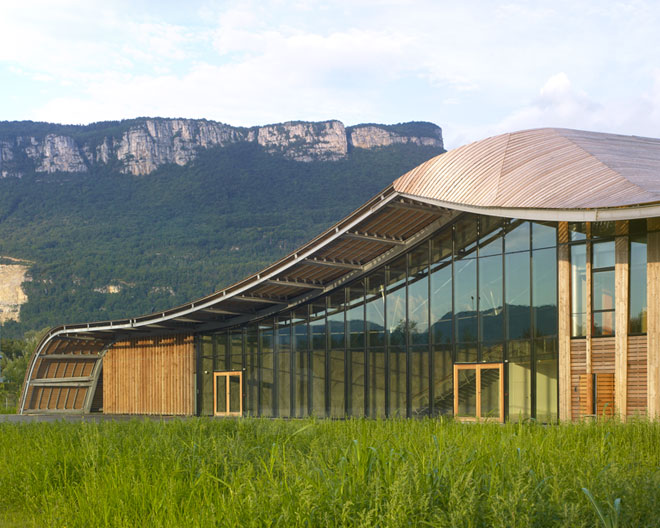