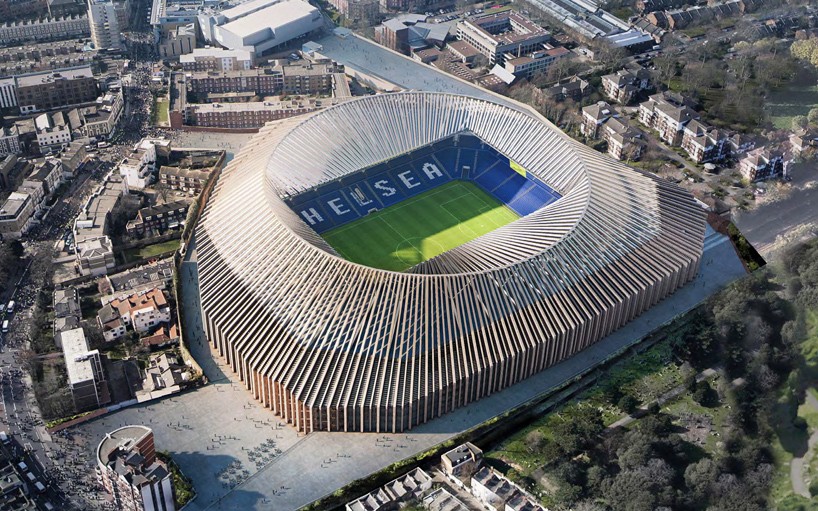 UPDATE: on march 31, 2020, chelsea football club announced that planning permission for its herzog & de meuron–designed stadium had expired, meaning that the project will not move ahead as planned. ‘we will continue to consider our options for a new stadium, should economic conditions improve,’ said the london-based soccer club. chelsea was granted planning permission to expand its existing stamford bridge home on january 11, 2017, however construction work had been halted since 2018. read more about the proposed design below.

full article from december 2, 2015: herzog & de meuron has submitted plans to build a new stadium for english football club chelsea. the proposed 60,000-seat arena, which would be a completely new structure, is to be located on the site of the team’s current stamford bridge grounds in west london. the application comprises the demolition of the existing football stadium and other buildings on the site, and the construction of a new larger facility. other features include ancillary stadium-related uses including a club shop and museum, plus separate restaurant and café use. 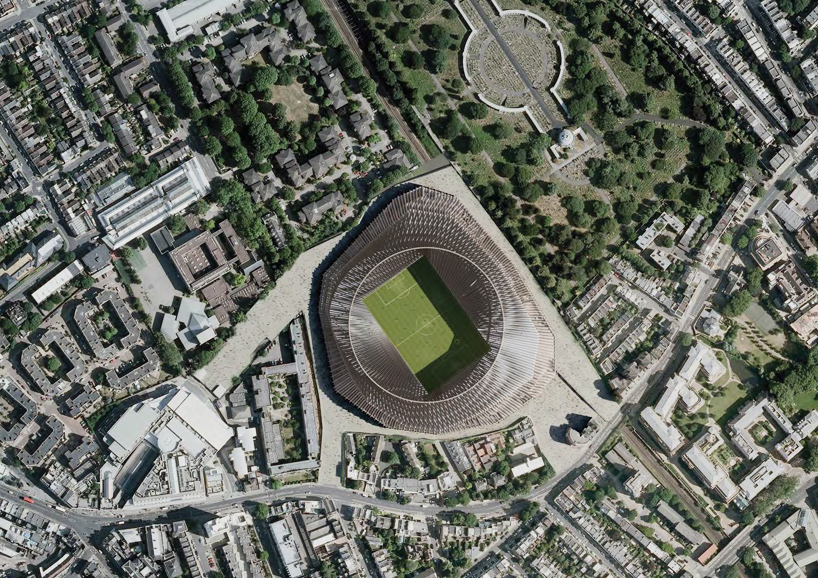 following initial feasibility studies which began in october 2011, the project development team consulted with herzog & de meuron in 2013 before a formal appointment followed in 2014. the brief called for a design that drew influence from the site’s particular london context, and remained consistent with the existing urban fabric. 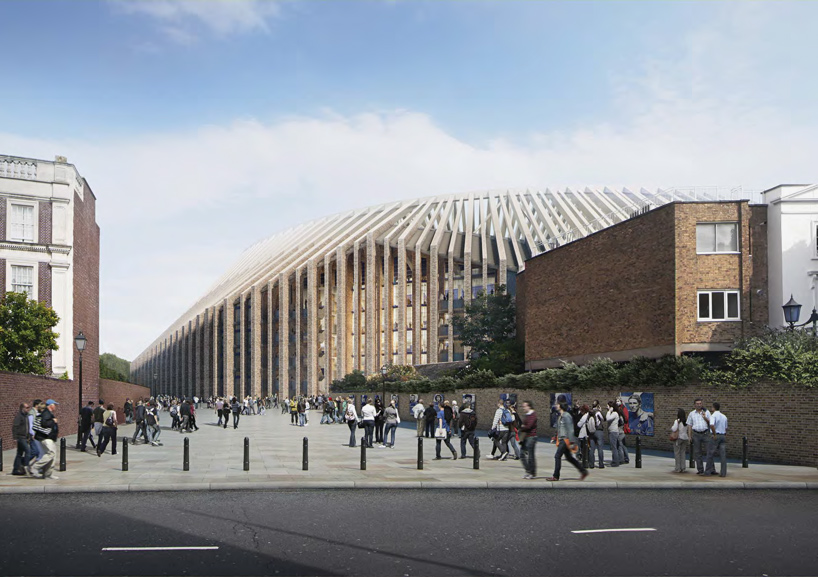 the design features 264 brick piers that support a steel ring above the pitch. these columns are separate structural elements that respond to local site constraints as they rise and fall or move into and away from the body of the building. the circular ring they support will provide a consistent geometry linking all of the piers together. steel beams will extend inwards and downwards from the circular ring beam to pick up the rectilinear roof aperture that will frame the pitch below. inside, a compact three tier bowl will offer spectators much improved lines of sight and access compared to those of the existing stadium. 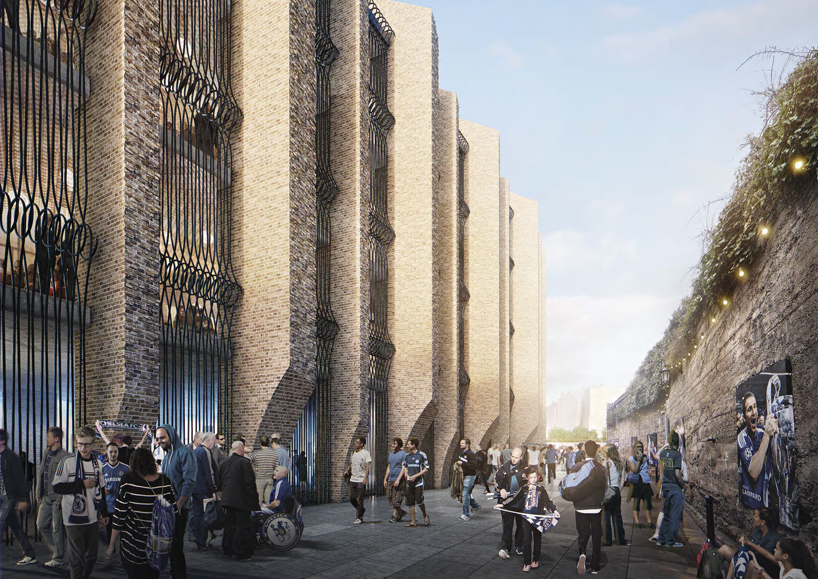 ‘the architecture of the new stadium will provide an enrichment to the townscape and an improvement in quality and amenity over the existing eclectic collection of buildings’, commented herzog & de meuron. ‘the uniform style of the redeveloped stadium will produce an instantly recognizable landmark, defining a clear identity for the football club on its historic home ground. the scheme has been designed to respond sensitively to context, incorporating many of the comments received during widely held consultations. once built, the stadium will positively transform the quality of the neighborhood’. 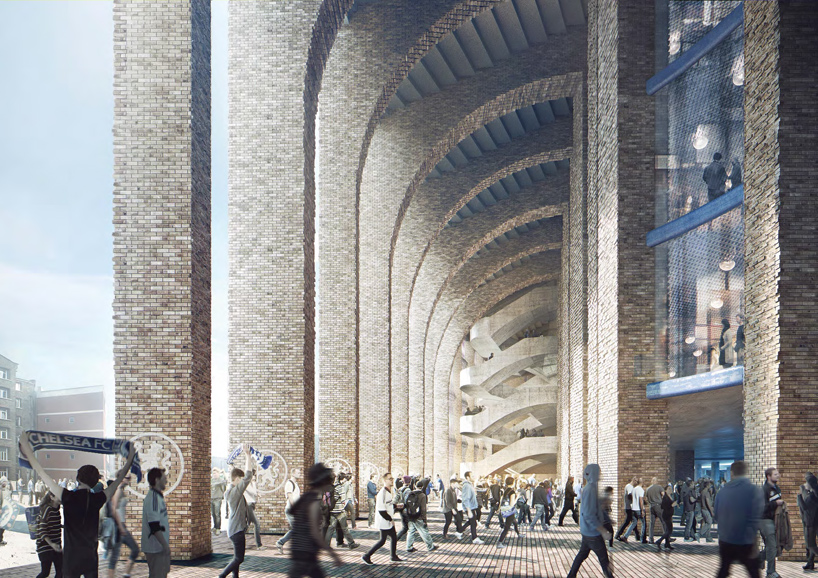 additional landscaping comprises the construction of new external concourse areas. this includes the formation of decking platforms over part of the district line and part of the southern mainline railway. pedestrian access arrangements on match days would be provided from fulham broadway station and fulham road, while vehicular access would be provided via wansdown place. 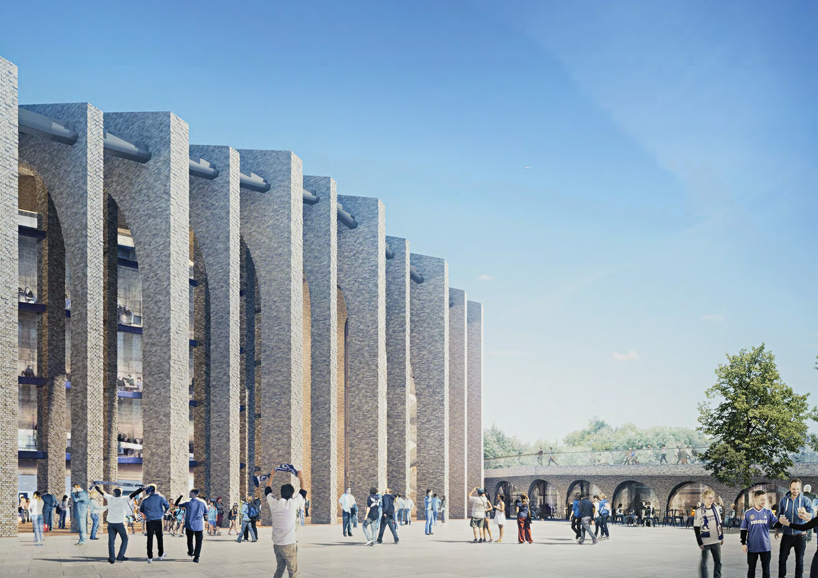 if plans are approved, chelsea would be forced to play their home games elsewhere for up to three years — potentially at the foster + partners-designed wembley stadium. a targeted completion date has been scheduled to allow chelsea to move into their new home in time for the 2020-2021 premier league season. 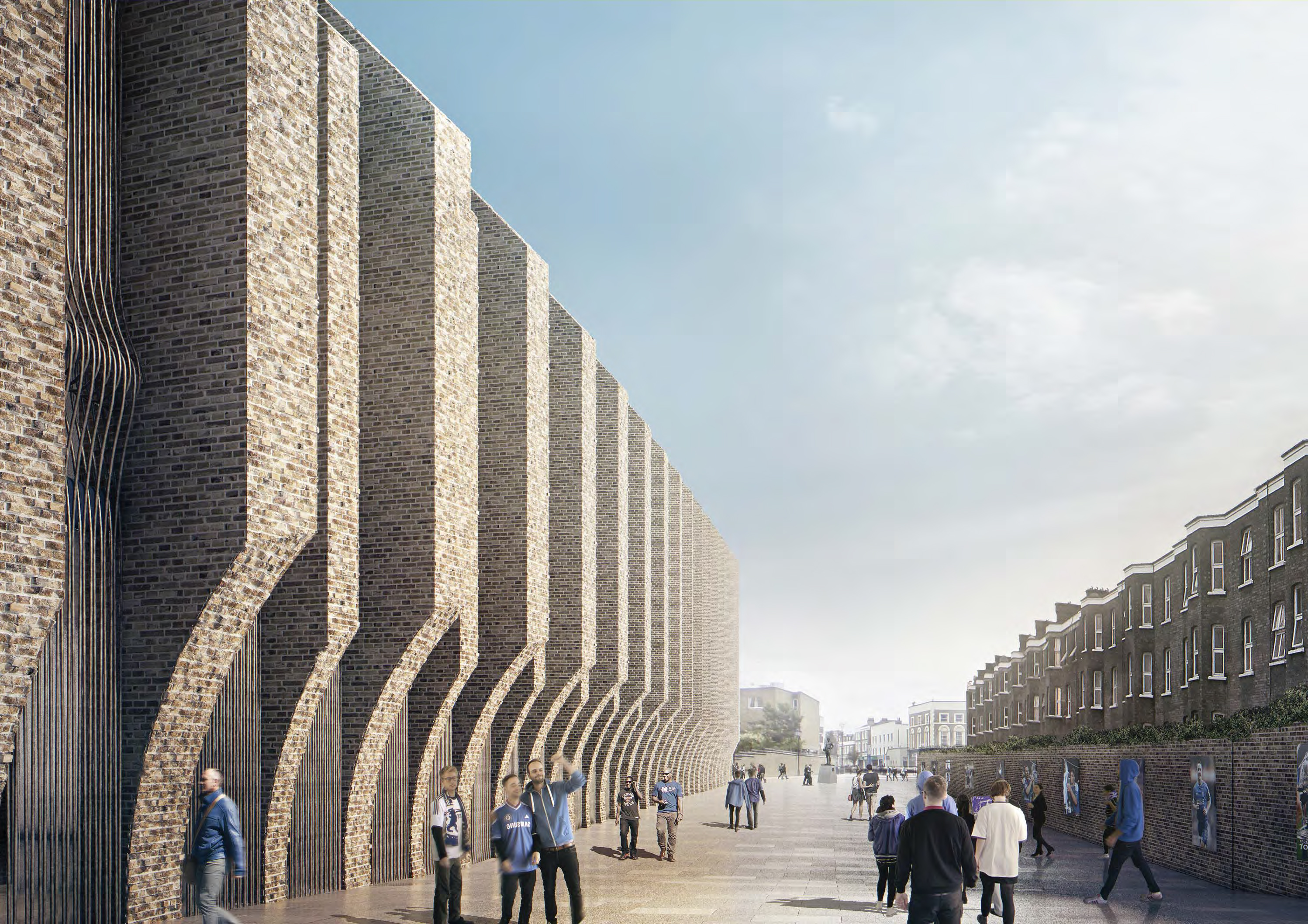 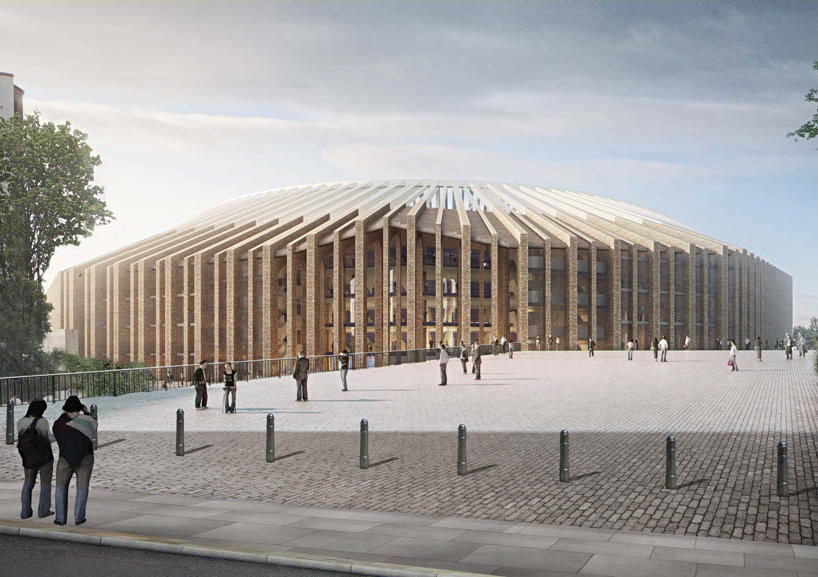 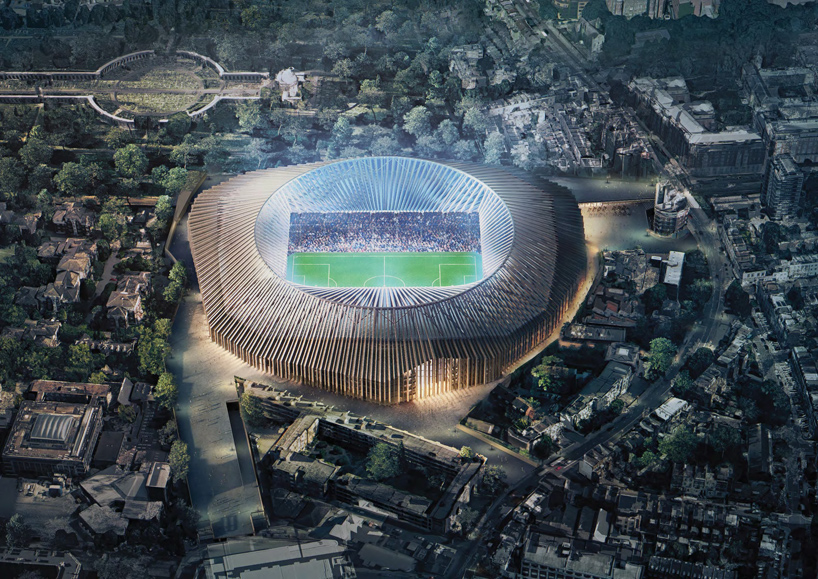 subject to approval, the stadium should be complete by 2020
image © herzog & de meuron