the elbphilharmonic hall, hamburg will include 2 concert halls, a 5 star hotel and apartments. the design of the new building was produced by herzog & de meuron, in conjunction with höhler and werner kallmorgen. like a large glassy wave, the concert hall seems to float above the former kaispeicher warehouse. two large auditoriums capable of holding 2,150 and 550 visitors will be created in the new glass structure. the almost 100 meter tall performance place will host concerts of classical music, music of the 21st century and sophisticated entertainment music.

the auditorium does not follow the concept of a so called shoebox stage, as the orchestra and conductor are situated in the center. two thirds of the gutted warehouse will be used as parking garage, but backstage areas and places for musical education will be accommodated here as well. construction work for the concert hall level started in the autumn/winter of 2008/2009 and completion is foreseen for 2012. every morning at ten o’clock, the webcam installed at the rooftops of sandtorkai takes a panoramic picture of the work in progress. see here. 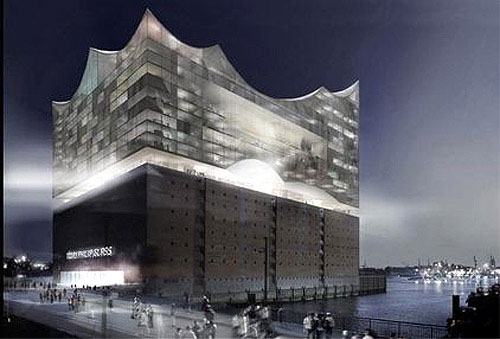 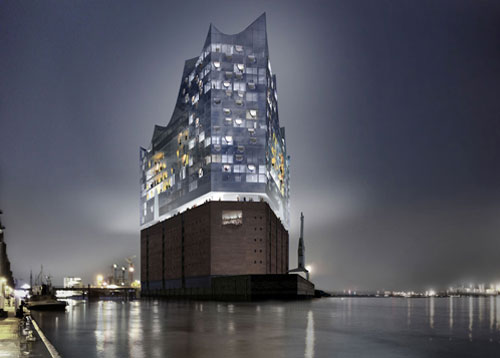 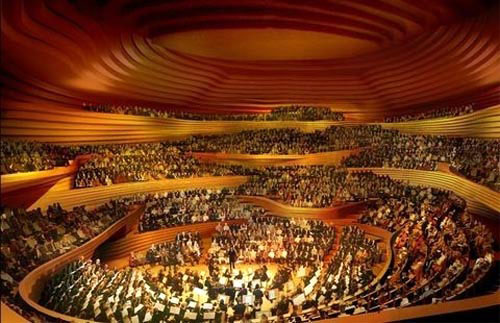 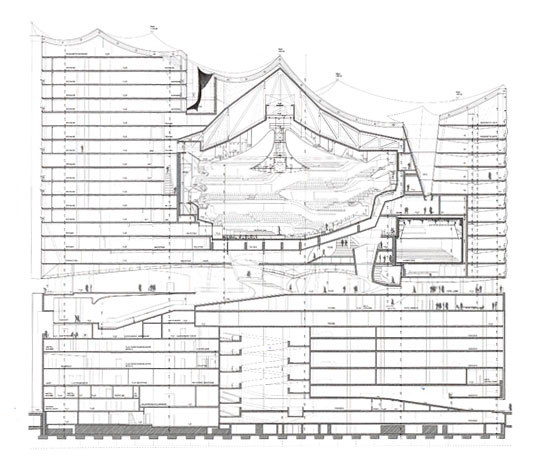 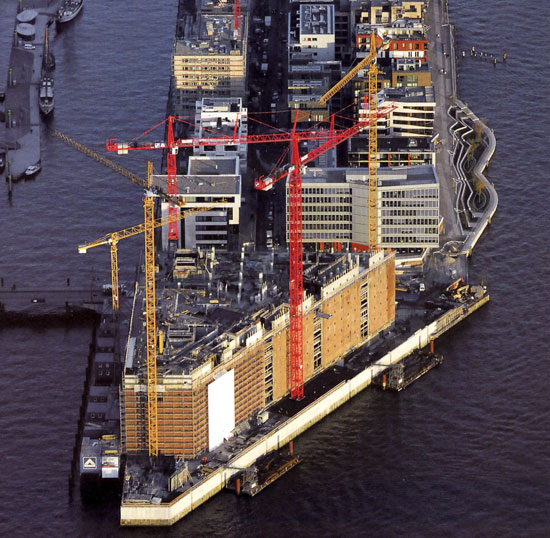 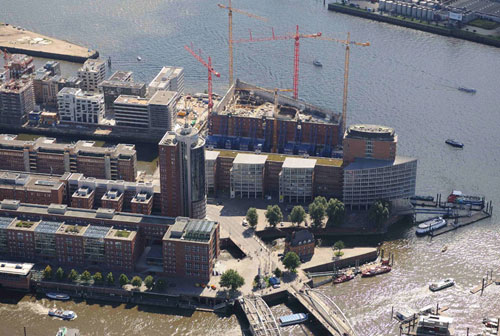 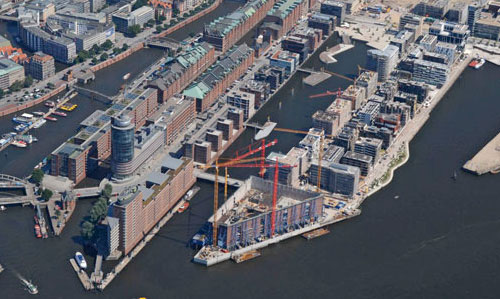