real estate developer ian schrager has revealed the design images for 215 chrystie, a new hotel and residential tower set to be built in the rapidly transforming bowery district of new york city. the plans have been conceived by an international team of regarded constituents, including architecture by herzog & de meuron and interiors by british designer john pawson. the structure expresses a robust external framework, allowing for free floor plans absent of interior columns. the openness of the layout is complemented by expansive views to the surrounding cityscape, allowed by floor-to-ceiling glass curtain walls with large glass panes and limited mullions. an intimate private garden is integrated within the configuration, which is separated from the street by a dense green wall that acts as a physical barrier as well as a visual screen.

the 28-story building will contain eleven custom residences above a 370-room hotel. regarding the tower’s design, architect jacques herzog states, ‘our idea was to stack two very distinct typologies on top of each other, and on one hand to express their difference, while on the other to unify them within the same building skeleton. it was also our aim to complement them with a diverse mix of uses so that the building becomes like a city within the city.’ 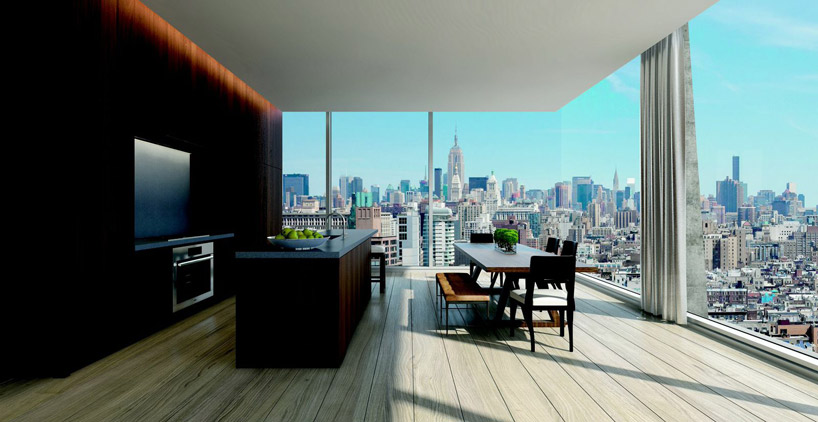 herzog continues, ‘to introduce a sense of scale and to further foster the expression of each individual floor, each column is slightly inclined. the prominent corner of the building facing chrystie street is where the two geometries of the inclined columns meet. rather than giving one direction priority, the two directions are braided together. the result is a sculptural corner column that becomes the visual anchor for the entire building.’

the tower’s design seeks to reflect a duality, as described by developer ian schrager:

‘215 chrystie is the ultimate expression of uptown meets downtown. it is both tough and refined at the same time. this inherent contradiction, in a symbiotic relationship, is what makes it so unique and different. the presence of one attribute serves to showcase the other. I’d like to think of it as ‘refined gritty’ or ‘tough luxe’. this is a truly international collaboration, bringing together leading architects and designers from around the world to create a building and residences for the next generation–a revolutionary new genre of urban living.’ 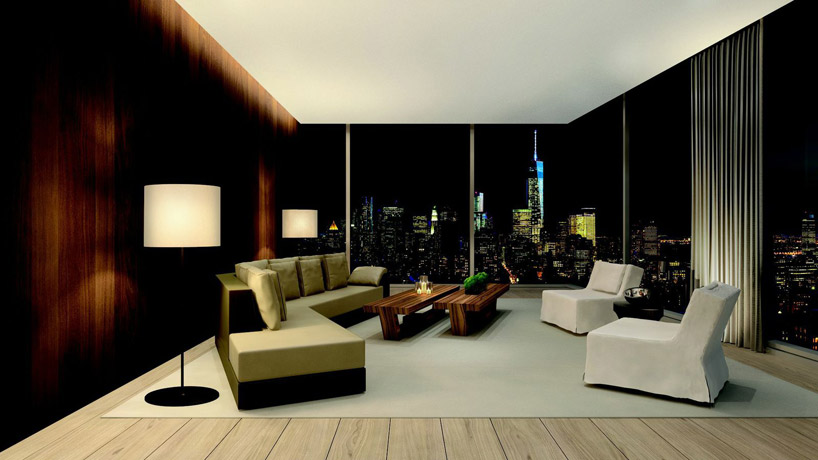 british designer john pawson speaks on behalf of the envisioned interiors as follows:

‘the interiors of the 215 chrystie residences are charged with atmosphere, where the fundamental qualities of light, surface and proportions are such that the experience of space itself is transformed. the goal was to express the details of life in the details of the architecture.’ 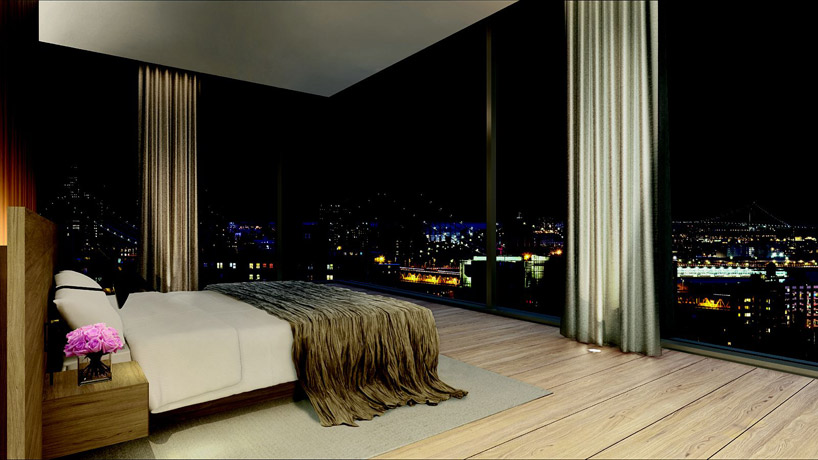 the tower houses eleven custom residences and a 370-room hotel 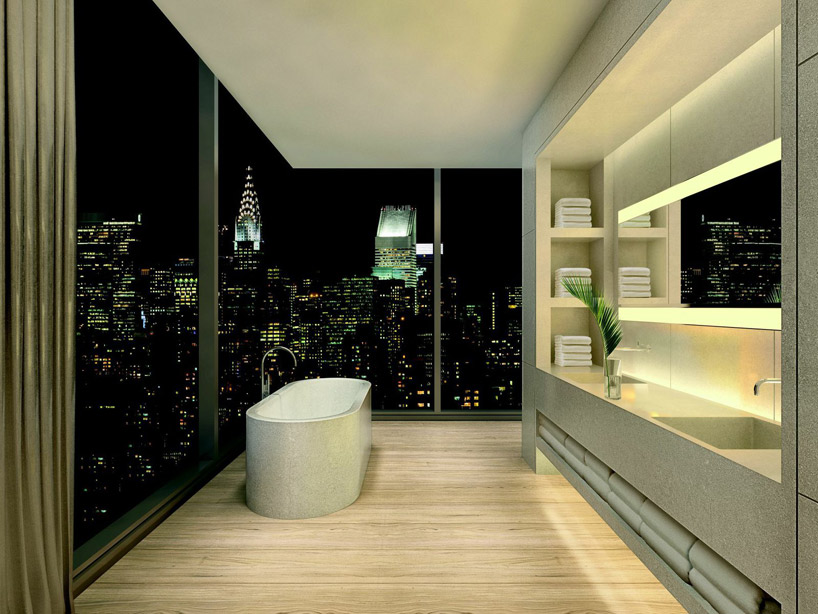 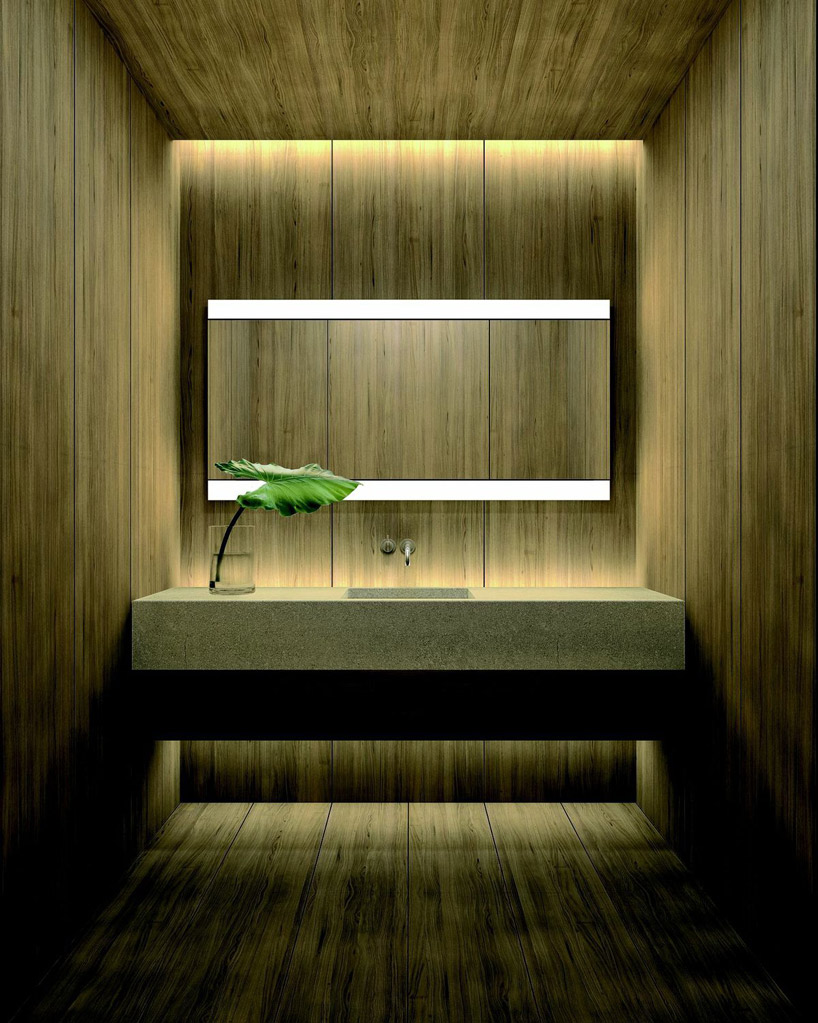 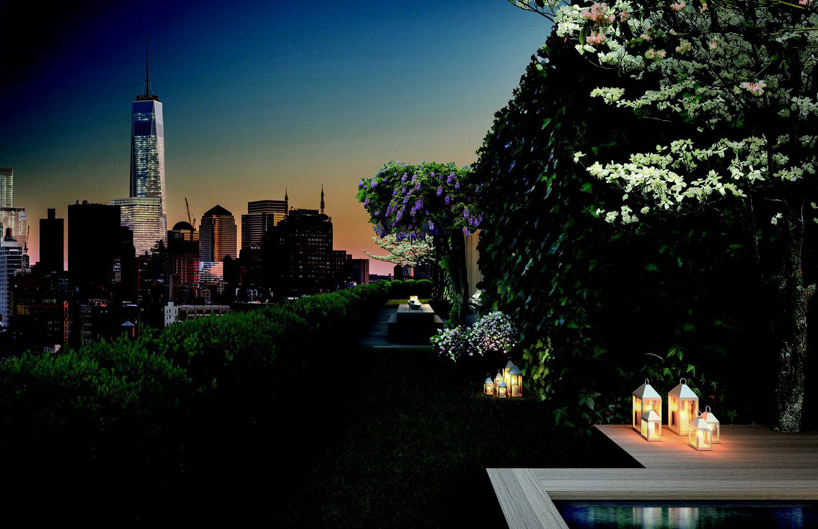 the design includes a secluded garden