herzog & de meuron has been announced as the winners of the international urban design competition for a new masterplan for ‘ronquoz 21’ — a district of sion, switzerland. the contest, which the swiss firm won in collaboration with french landscape architect michel desvigne paysagiste, was organized by the town of sion to find a ‘gradual long-term vision’ for a site measuring 60 hectares. 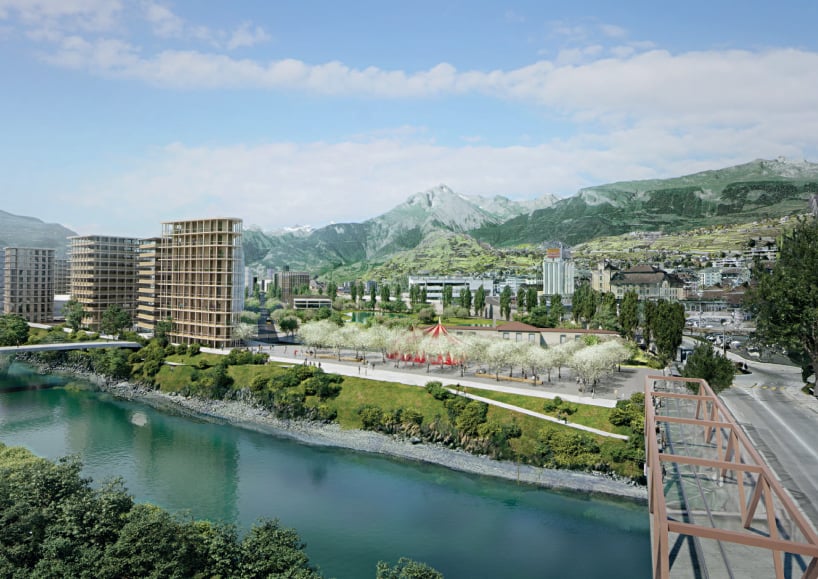 instead of extending the town further into the landscape, herzog & de meuron and michel desvigne paysagiste’s competition-winning scheme builds upon the existing urban fabric. ‘despite, or rather because of the densification, the vision simultaneously brings nature back to ronquoz,’ explains the design team. ‘while the new neighborhoods are concentrated along the motorway and railway tracks, space opens up in between for a chaîne de parcs, which is connected by a meandering, densely planted path — the cordon boisé.’ 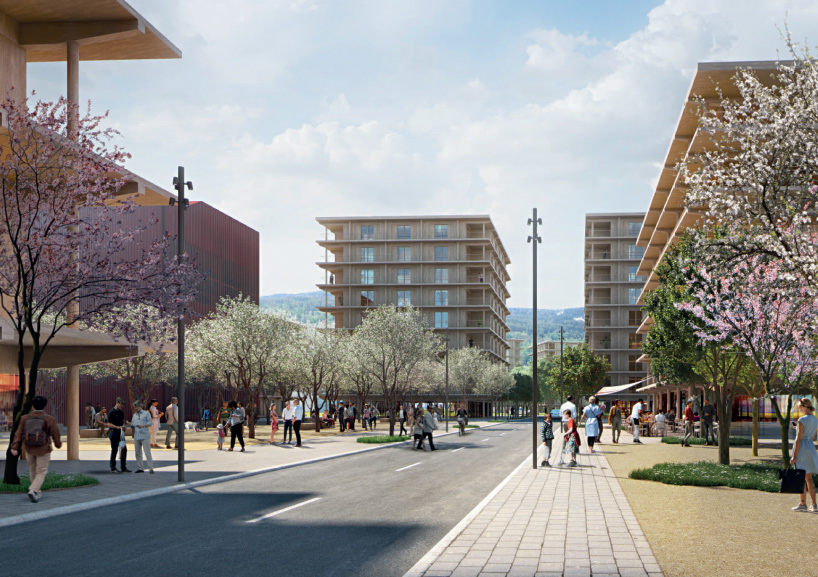 the team’s overarching landscaping idea puts physical and social cohesion at the forefront of the development plans. ‘the transformation will happen step by step and follows a set of rules for open spaces and buildings without a priori having to follow a predefined geometry,’ says herzog & de meuron. ‘every part of the development is in and of itself a coherent extension of the city, always combining the newly built with new open spaces.’ 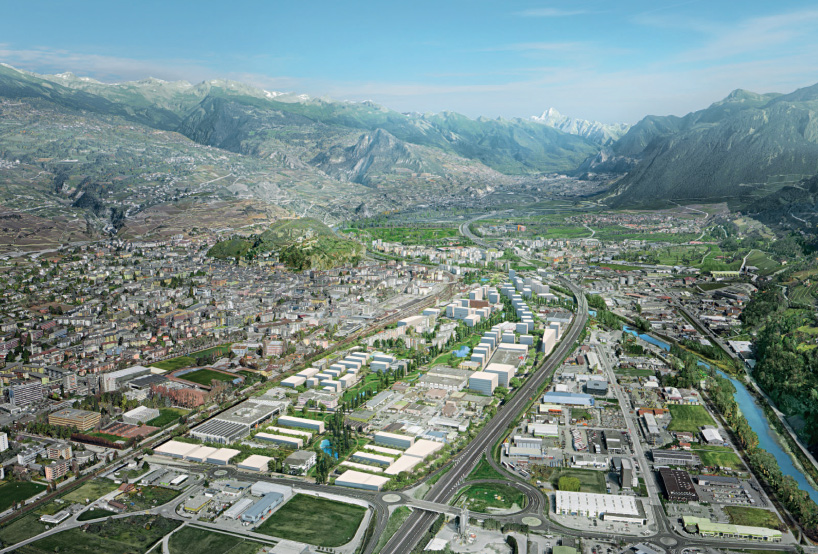 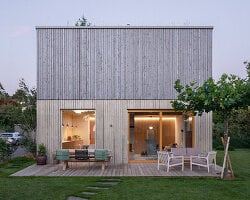 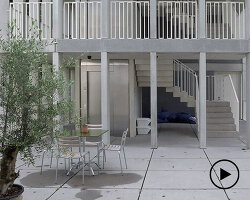