herzog & de meuron has been tasked with the renovation of the titlis, one of the most popular mountain destinations in switzerland which attracts over one million visitors a year and up to 2000 a day during peak times. part of a masterplan for the entire summit, the proposal maintains the existing infrastructure of the gondola (rotair), and introduces a new summit station to replace the disproportionately expensive renovation of the original one. 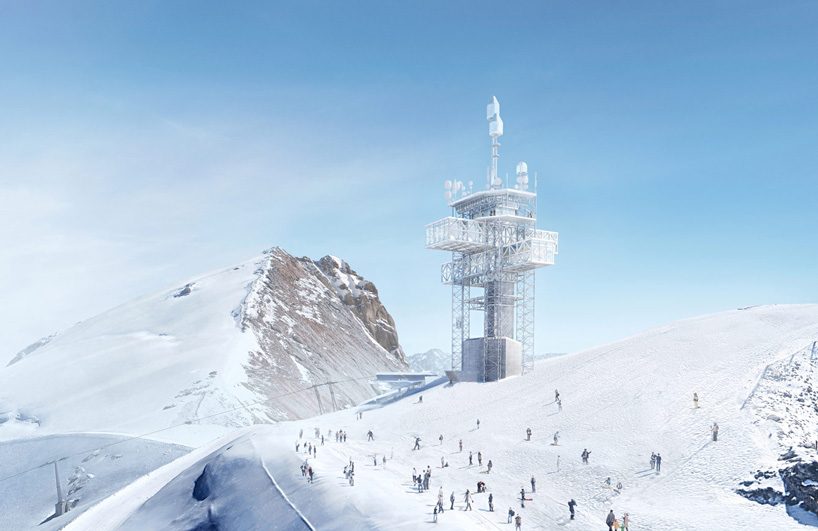 at an altitude of over 3000 meters (10,000 feet), the titlis is one of the first striking peaks of the alps, and gathers tourists both during summertime and during the winter, since it is part of the engelberg skiing region. herzog & de meuron has developed a plan that encompasses the titlis’ three building elements: the summit station of the gondola, the beam antenna tower, and the tunnel connecting the two. originally built in 1967, the station has since been expanded and renovated several times, resulting in an inefficient structure of various architectural styles. as another renovation would prove insufficient, the architects have introduced a new building that integrates the existing gondola within it. shaped like a flat crystal growing out of the mountain, the station features a relatively low, horizontal body with a steel framework that encloses a concourse, creating a new center in the station,and a space that welcomes arriving visitors and provides orientation. an inclined plane reaches into the concourse and connects the platform level with the exit to the glacier, and as the plane slopes further down, it turns into a walkway below the cable-car station, offering guests a west-facing view which was previously obstructed. the lower levels of the station accomodate existing souvenir shops, while at the top, three restaurants offer seating for 550 people. 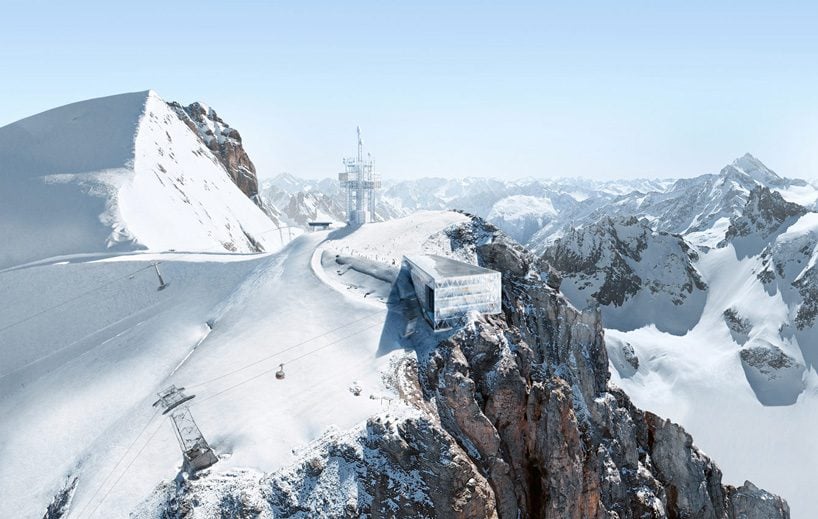 the titlis 3020 project includes the renovation and extension of the 50-meter-tall beam antenna tower, built in the 1980s by the swiss post. the extremely rigid structure is reinforced by two horizontal architectural volumes, resulting in an iconic cruciform shape that will transform the building into a striking landmark visible from afar. the two beams are glazed and accomodate various uses, including a bar, a lounge and a restaurant, with total seating space for 330 people. the tunnel connecting the summit station with the tower offers visitors a chance to perceive the mountain from a new perspective, where, together with the ice grotto, they can experience the glacier from the inside.