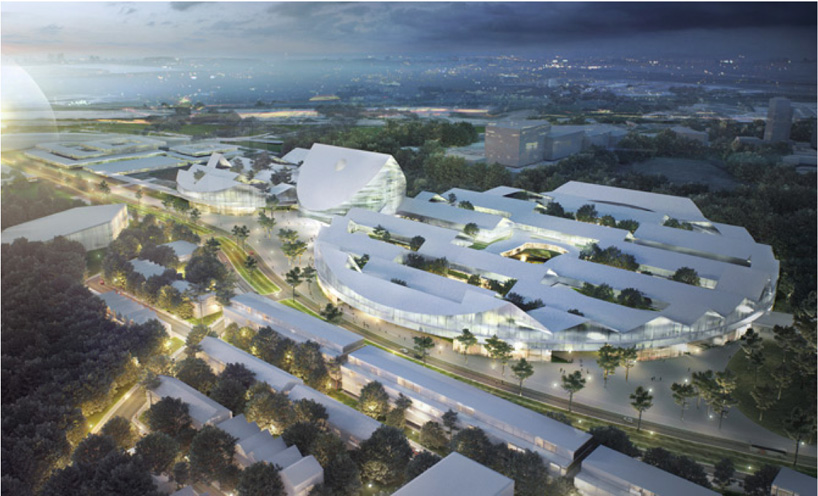 the skolkovo university masterplan by herzog & de meuron seeks to create a new typology for russian urban spaces by incorporating the eclecticism of the landscape and derelict soviet era sites with new, mixed-use programming that encourages research, production and the consumption of technology. the skolkovo plan is a private, government-backed initiative aiming enliven the region west of moscow with the two phase development of the skolkovo university building and a complete residential area primarily for students and professors. the development strategy is one that relies on the elevating power of an educational institute, in particular when a nexus of knowledge finds its resonance in the urban context. 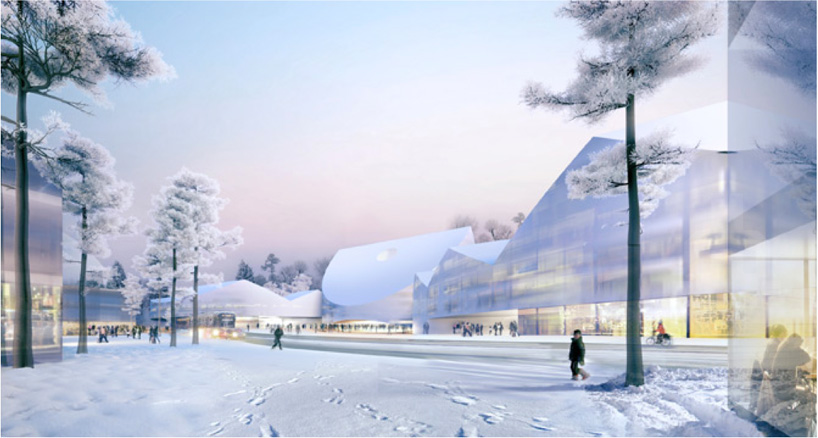 characterized by integration and inclusion, the university is envisioned as the start of a new district imbued with civic life and an active program that encourages working, shopping, and walking. the proposal creates a sense of place by organizing space into three different circular forms with a cylindrical shape rising from each agora. these gathering places will additionally house critical public functions, ranging from administration offices to libraries, cafes and bars. a linear system of courtyards further links the discrete structures while an exterior, perimeter-hugging network of courtyards will provide boulevard-like circulation. 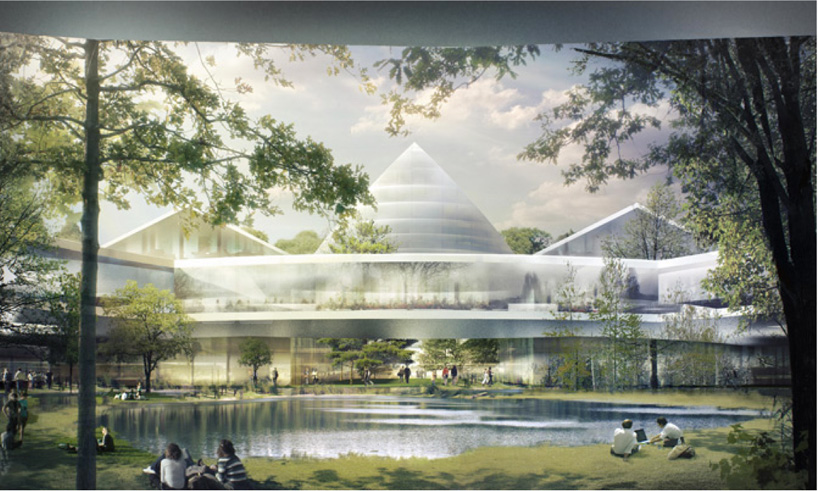 despite the campus’s projected coverage of 60 hectares, the web of pedestrian links and quiet internal yards allows for efficient movement as well as chance encounters and lingering spaces. the arterial of the university directly connects to central boulevard, the busiest street in the city. the balance of integration and distinction is maintained throughout the tectonic palette of the buildings. the rounded language of the complex is intended to distinguish the university from the surrounding region, yet remains low-rise in elevation so as to keep a sense of nonmonumentality that so characterizes the masterplan in general. borders are made fluid liminal spaces with generous apertures and opportunities for interior views. internal circulation is designed for maximum overlap among the five science departments– energy, biomedical, information and technology, space and nuclear science.