japanese practice hideki iwahori architectural design office has sent us images of ‘double tube 2’, a weekend house for a married couple who lives in the heart of tokyo. conceived as a ‘machine for environmental exchange’, the design is an assembly of partitions that create linear and parallel spaces that open up to the site, much like a series of tubes. 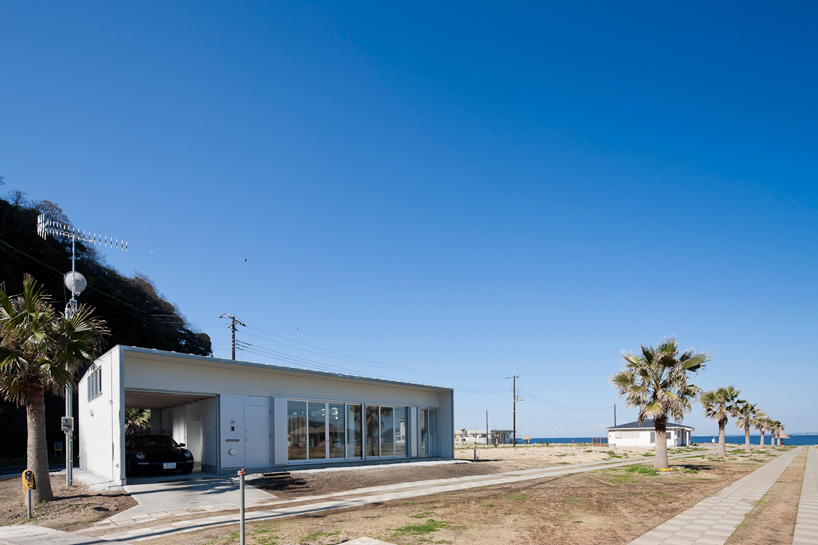 located near a coast of japan with views of the sea, the low-lying dwelling is a simple rectangular volume that is pragmatic in its footprint: a single sheltered parking space is generated on one side and a generous overhang lines the long elevation to create two outdoor terraces to the north and south. while the short facades of the house are solid, the design renders itself transparent through a system of floor-to-ceiling windows on the long sides. the natural elements of the site are projected into the interior, fully integrating its qualities into the atmosphere of the living space. the inhabitants have full control of privacy through collapsible vertical shutters that can close off the windows. 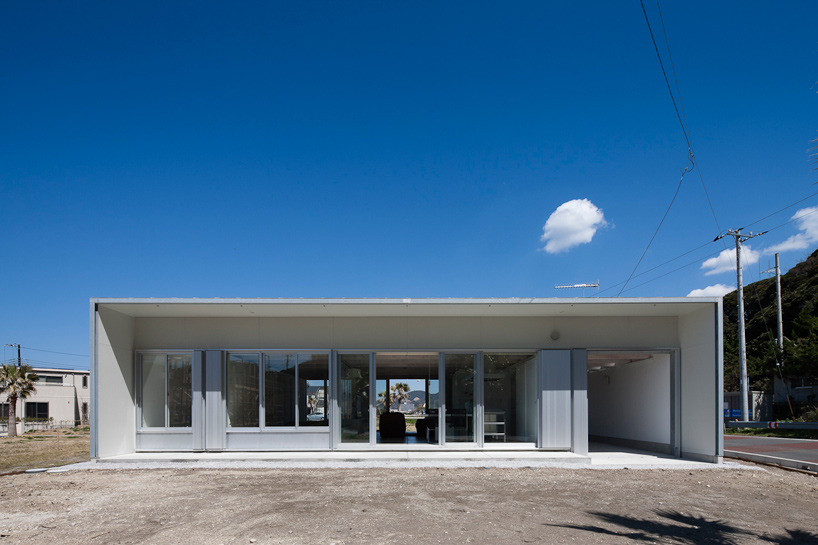 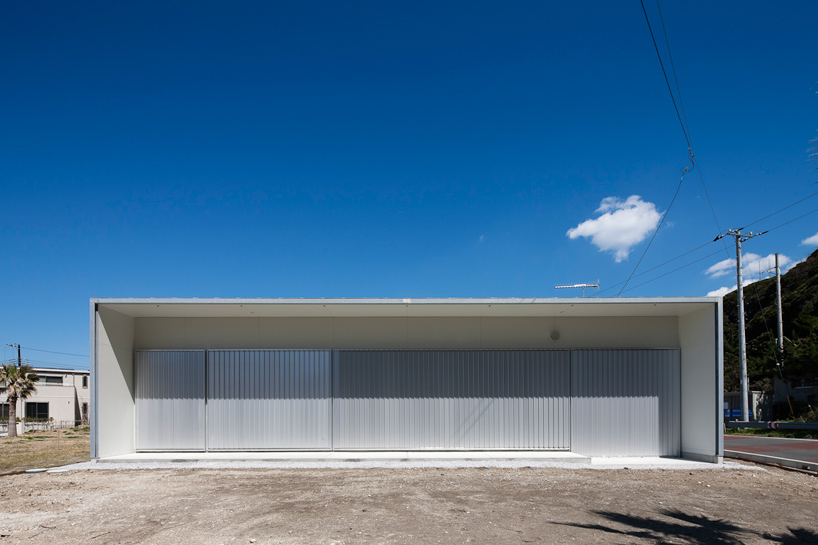 gently defining the interior programs through operable partitions and storage units, the living space maintains a level of openness that is both efficient and clear. a ceiling arrangement of synthetic wooden beams gains a dominant presence in the space, with roof lights between gaps illuminating the space below. featuring a thermal storage layer in the foundation, the microclimate is passively preserved by the sun, enabling the inhabitants to freely live in open air without compromising on room temperature. 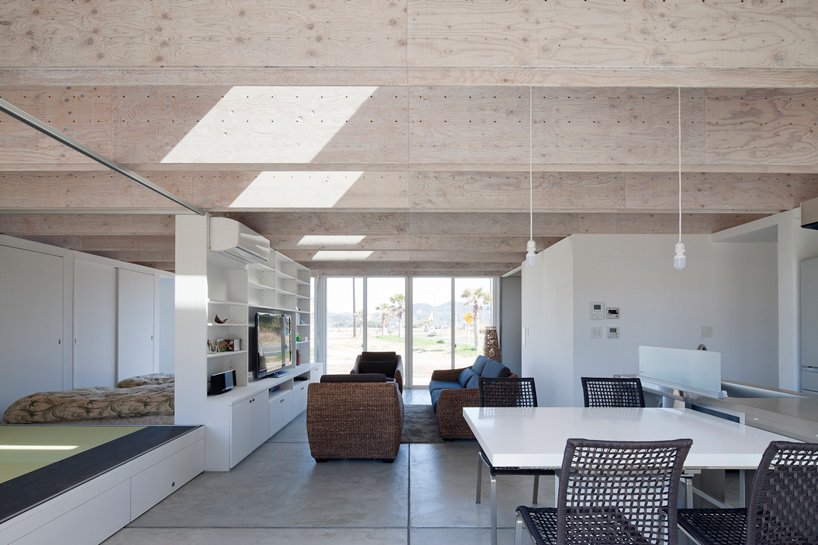 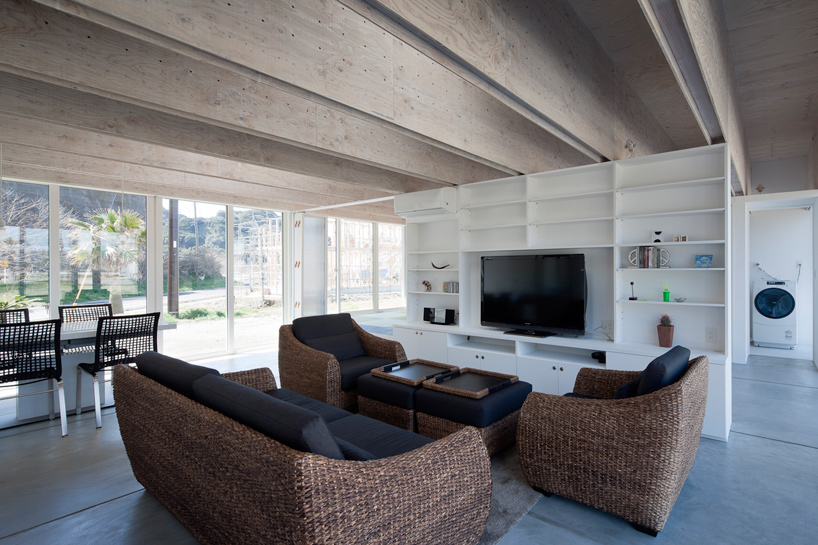 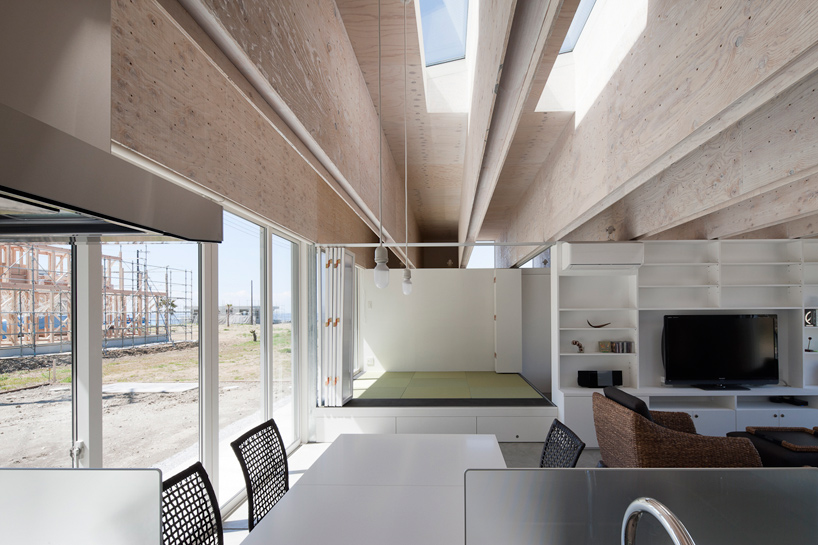 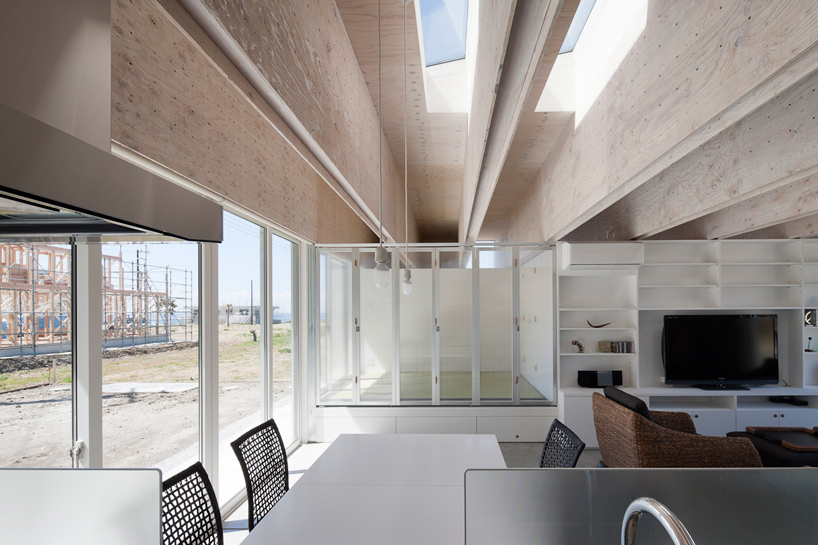 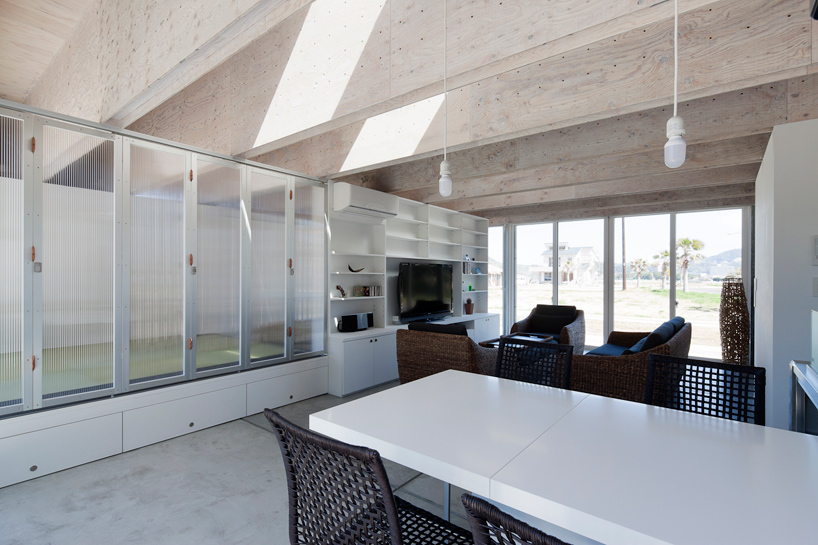 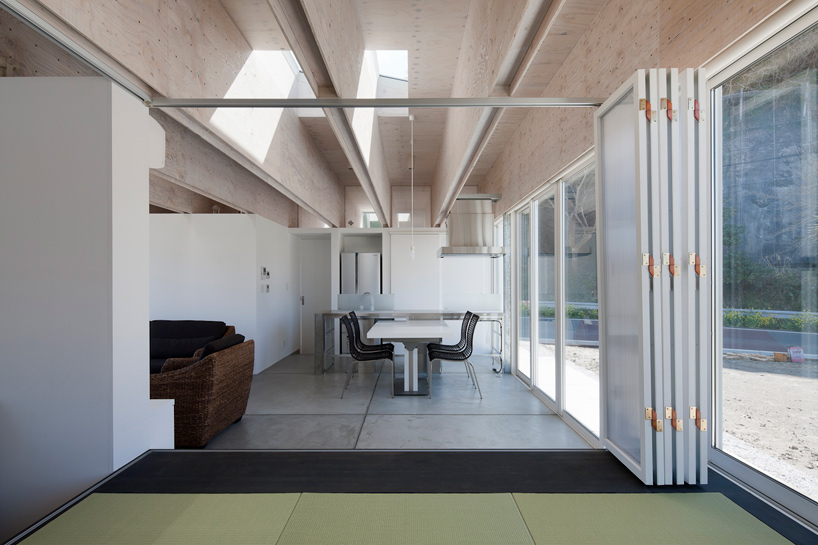 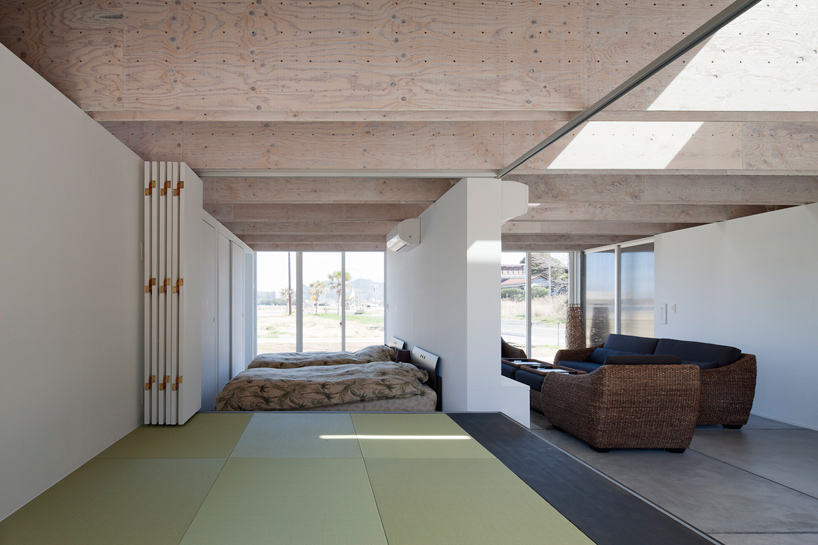 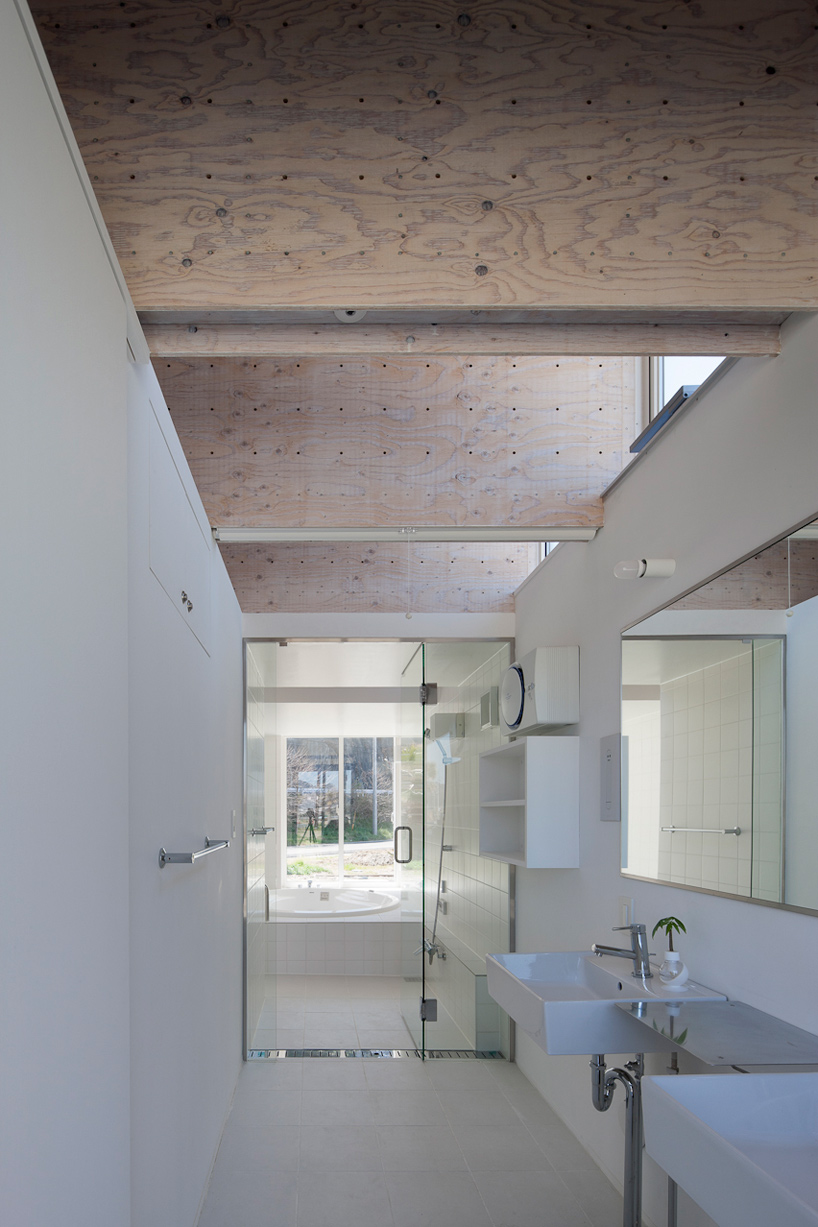 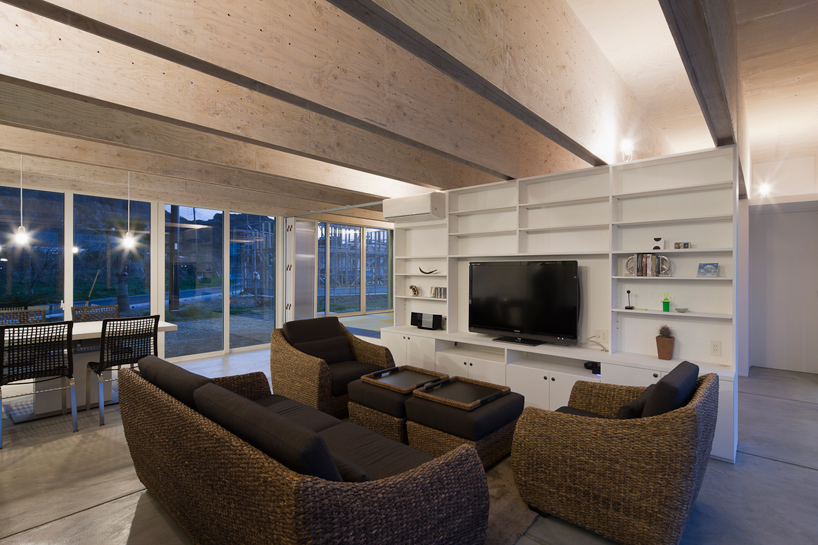 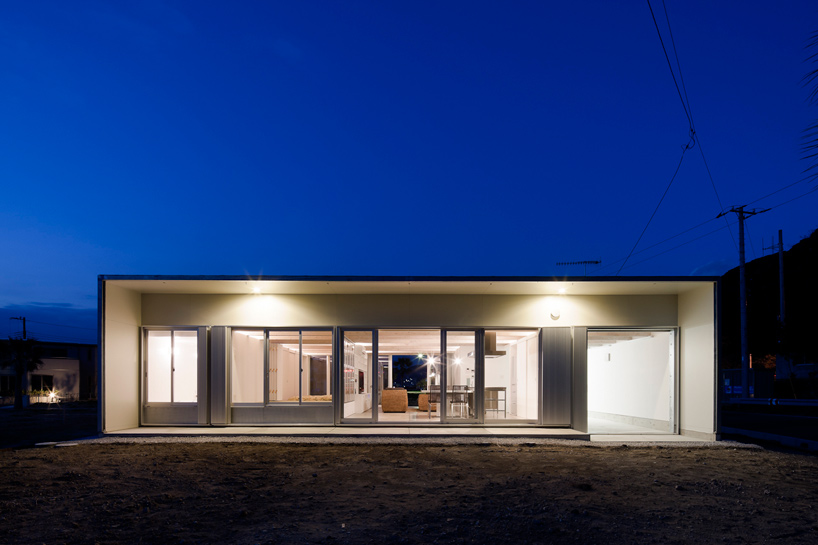