japanese practice hidetaka shirako architect & associates has completed ‘yakumo apartment’, a residential project on a corner plot in tokyo, japan. a collaborative effort with architecture firm OUVI, the design consists of four free-standing volumes that are arranged in an offset fashion to integrate pockets of outdoor space into the layout. 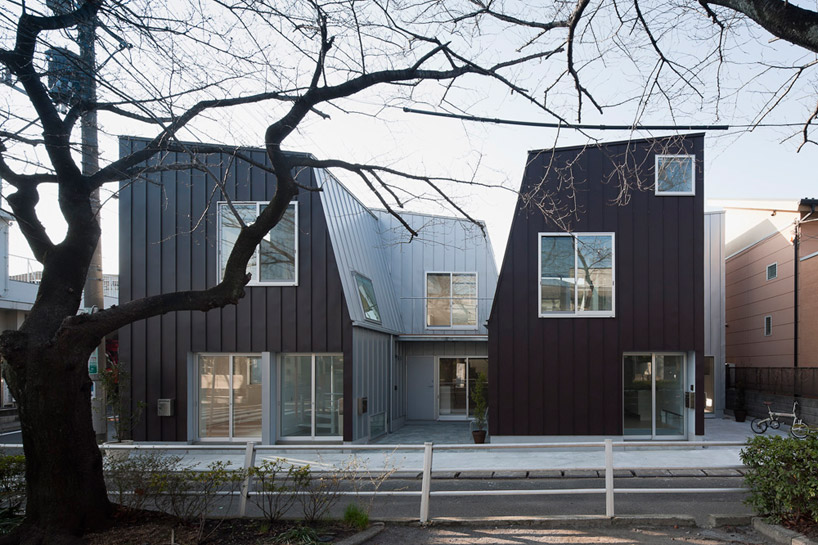 the study of the site recognized multiple external conditions that the apartment complex had to work with: a street lined with cherry blossom trees to the north, an adjacent fire department, and an industrial waste depot to the south. the architects aimed to create separation from these overlapping factors by providing a design that facilitated inward-views rather than towards the immediate site. 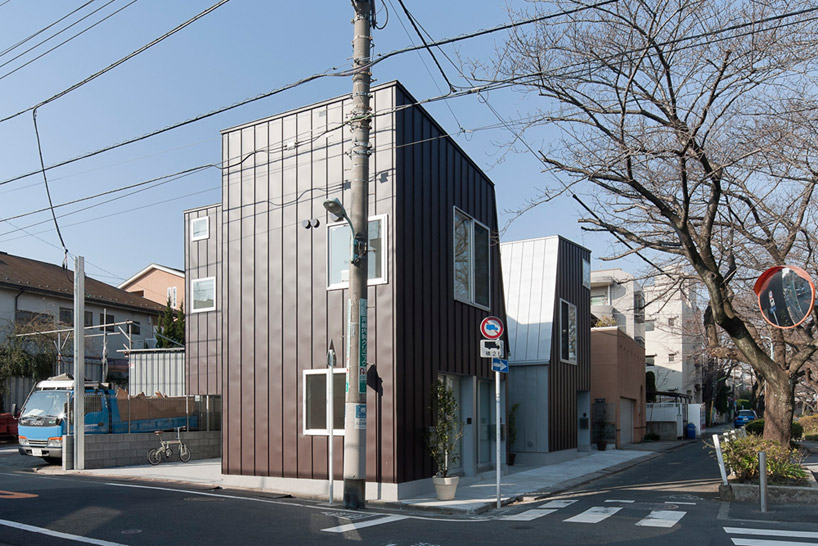 conceived as a collection of small houses, the project offers four apartment units and individual outdoor gardens. the void spaces give off the impression of having been excised out of a larger collective volume, being finished in a lighter paneling to the dark metallic skin of the residences. offering two levels of living space, the interior utilizes a simple, open-concept layout. large windows face out to the gardens, establishing an active dialogue with the outdoors. though autonomous structures, the individual apartments remain linked through verandas. 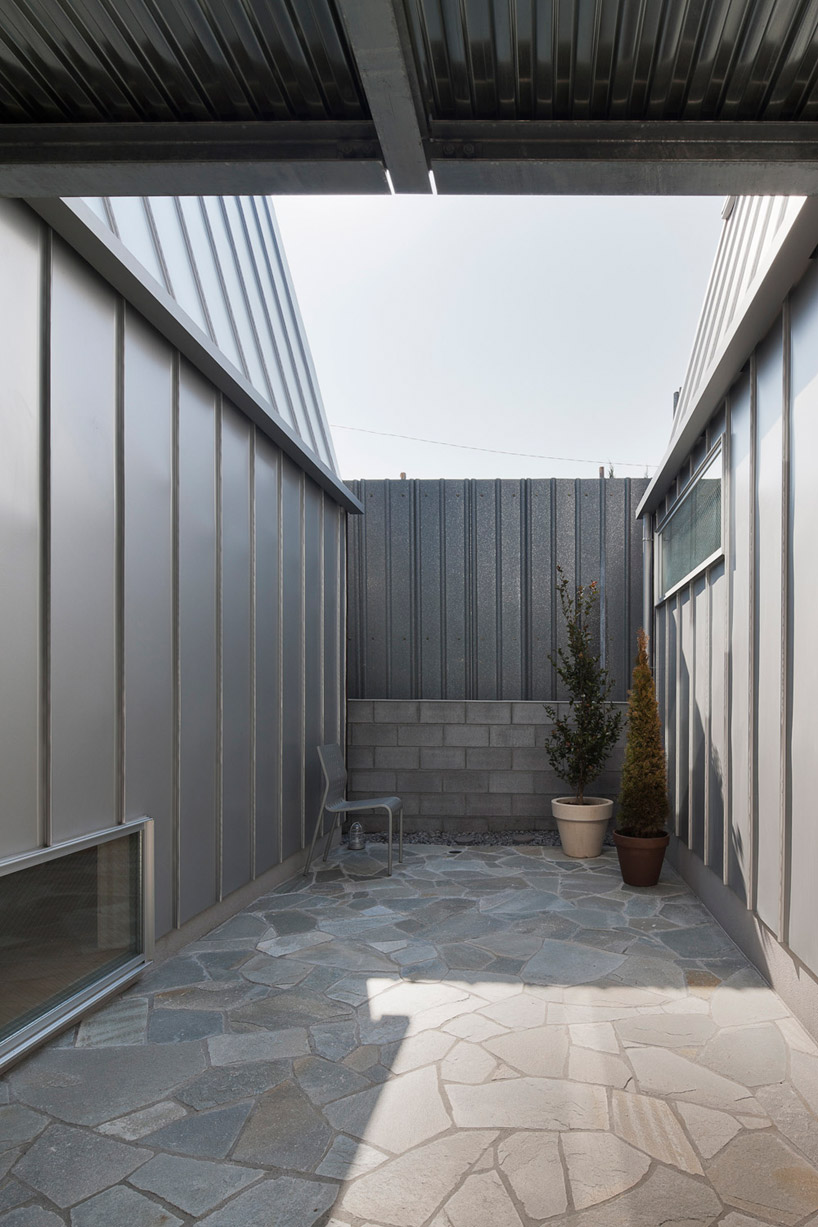 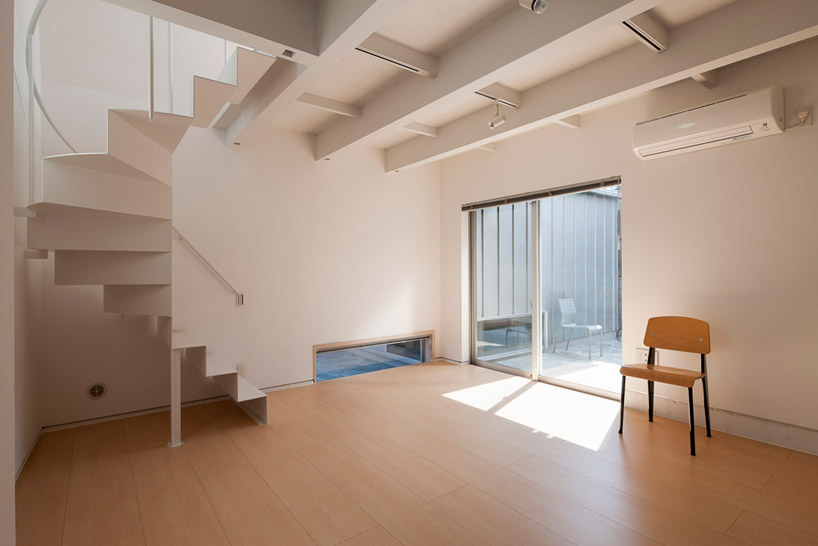 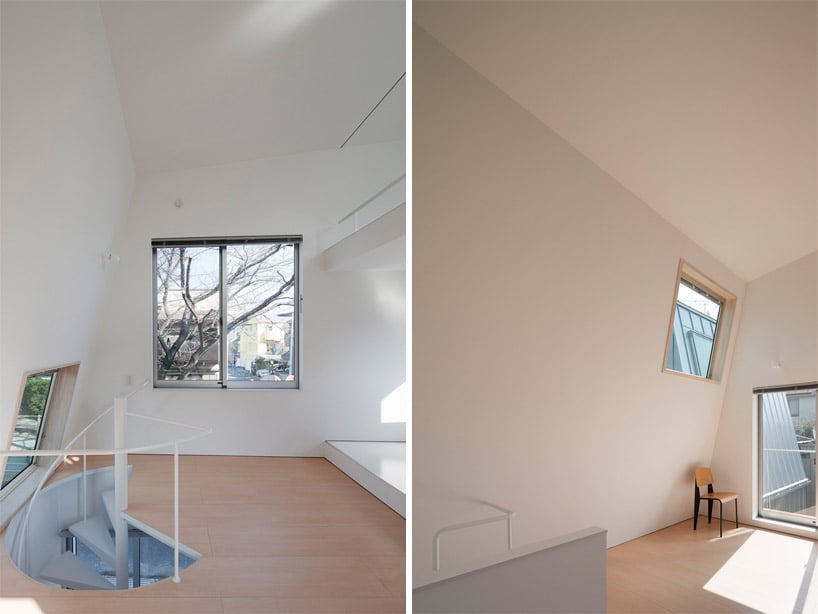 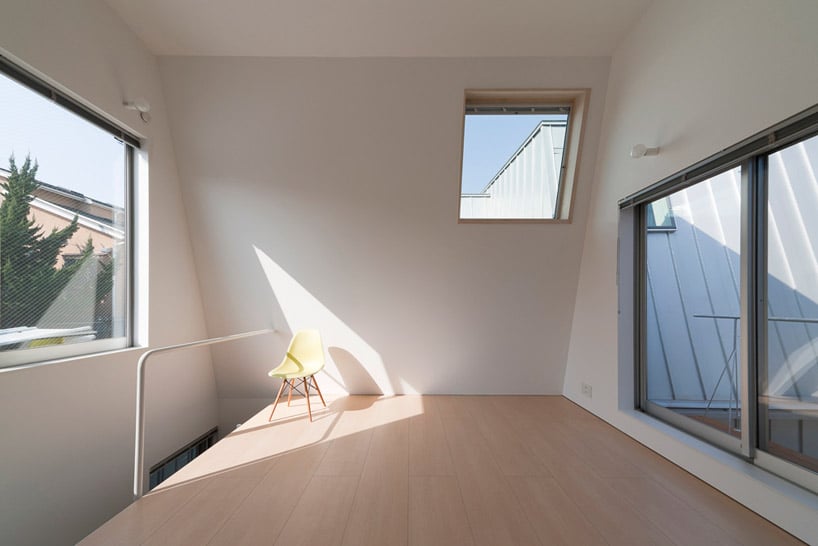 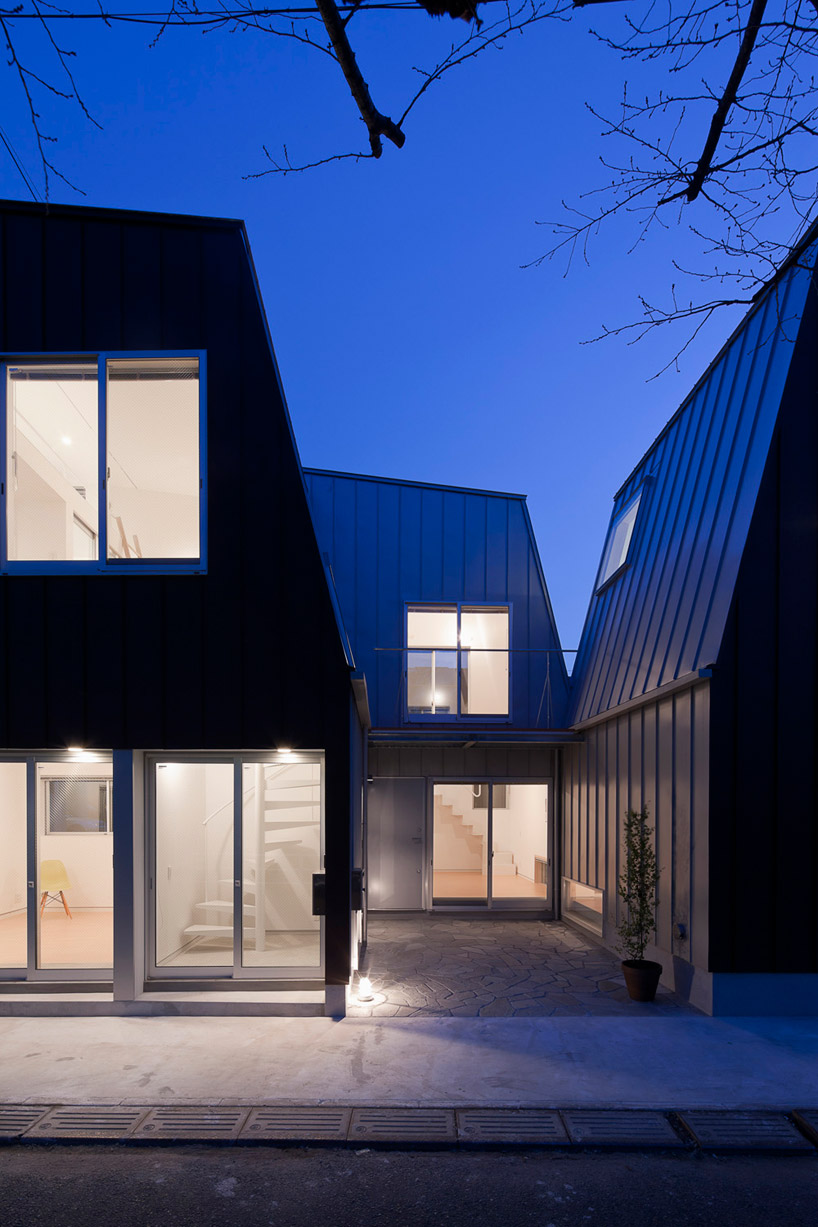 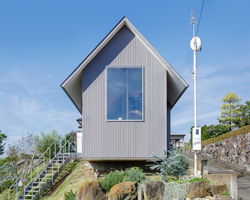 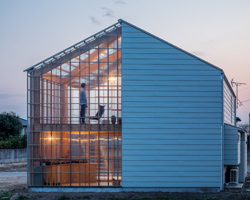 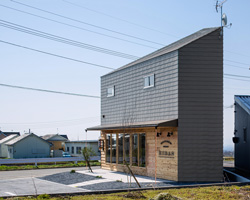 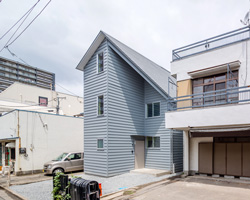