japanese firm hiroshi horio architects office has built a private residence in the chuo ward of sapporo – the fifth largest city in japan – centered around the family’s request for ‘a home with a wood stove’. the 103 sqm house is composed of a combination of boxes: a large one, which encloses the living areas and where the wood stove is placed; and a smaller one which floats on top it, giving it its distinct form. 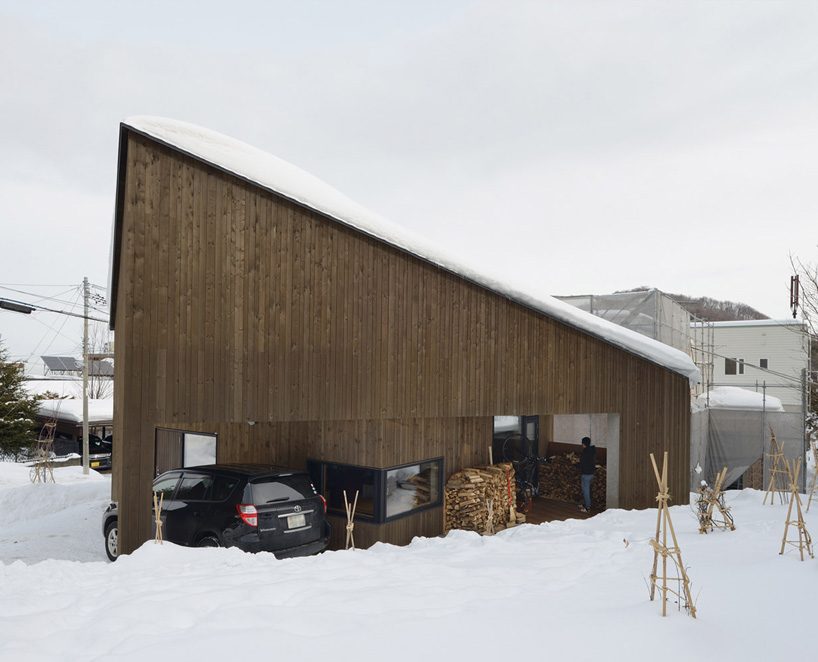 all images by fumio sato, courtesy of the architects

hiroshi horio architects office has clad the exterior surfaces of the residence in slender wooden slats, while wood is also the main material of the interior. the combination of two boxes enables heat coming from the stove to rise between the gap of the large and the small one, warming up the entire house. at the same time, natural light is diffused through this gap, creating a gently bright atmosphere within the interior. 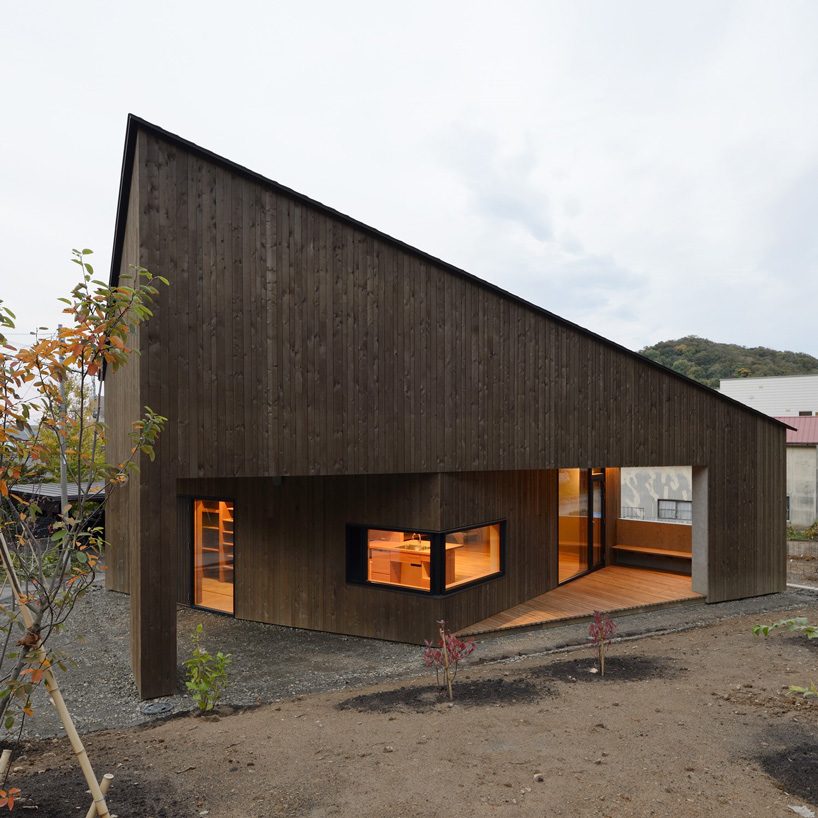 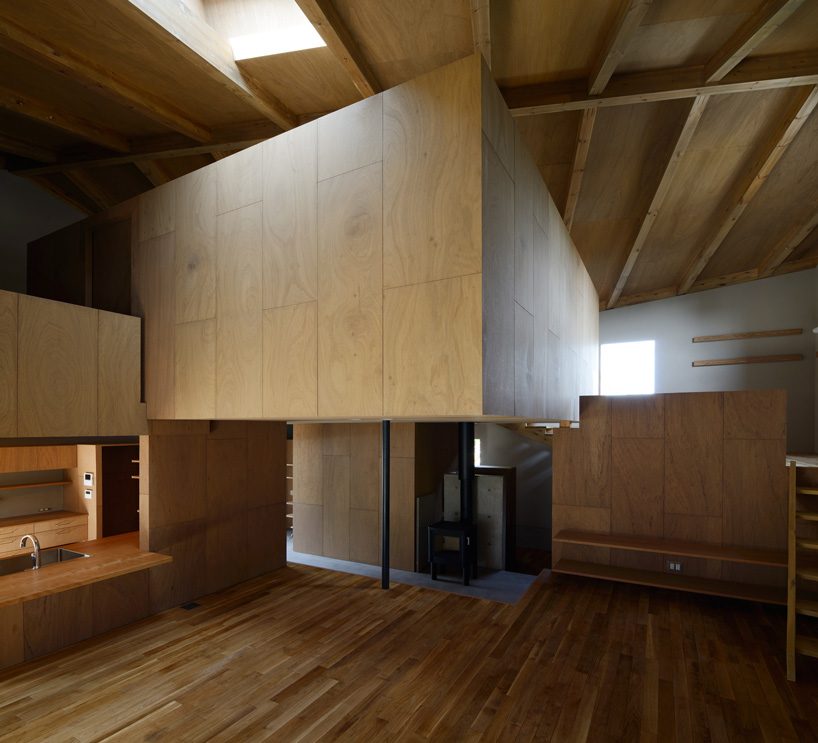 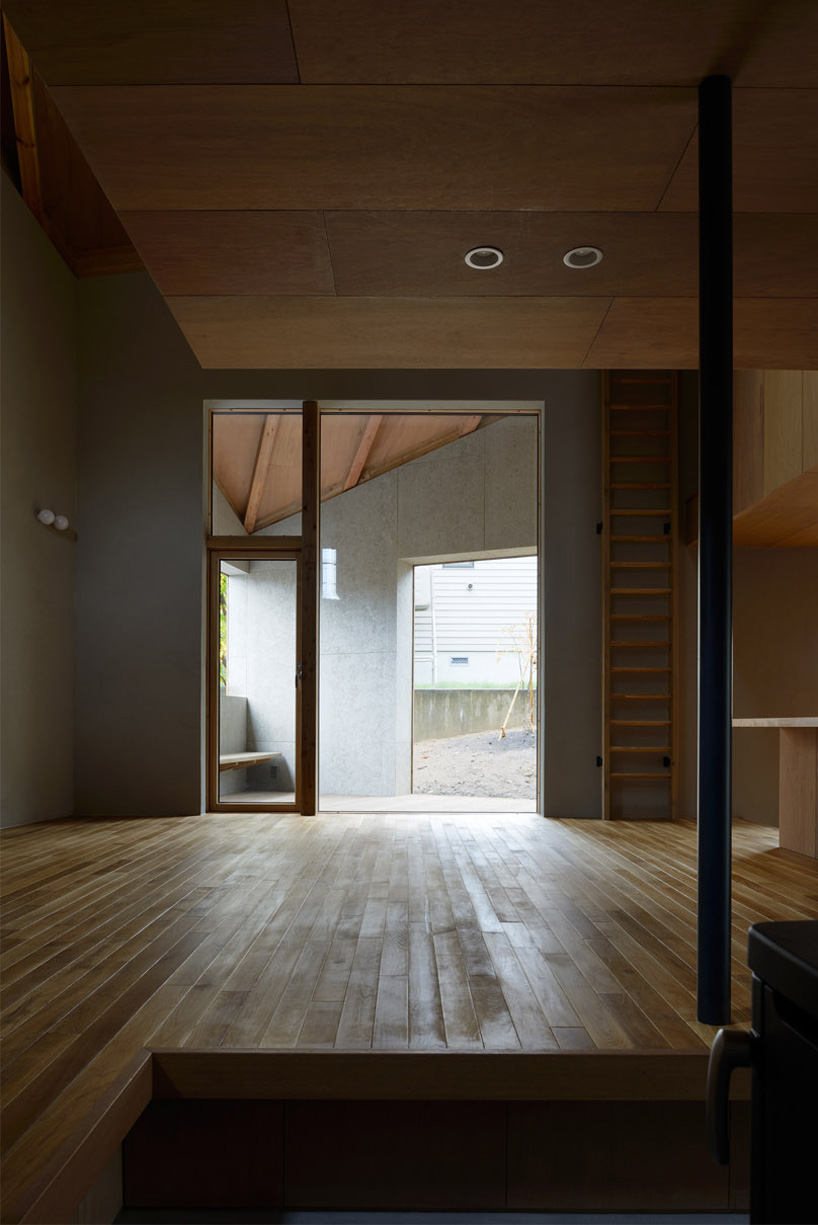 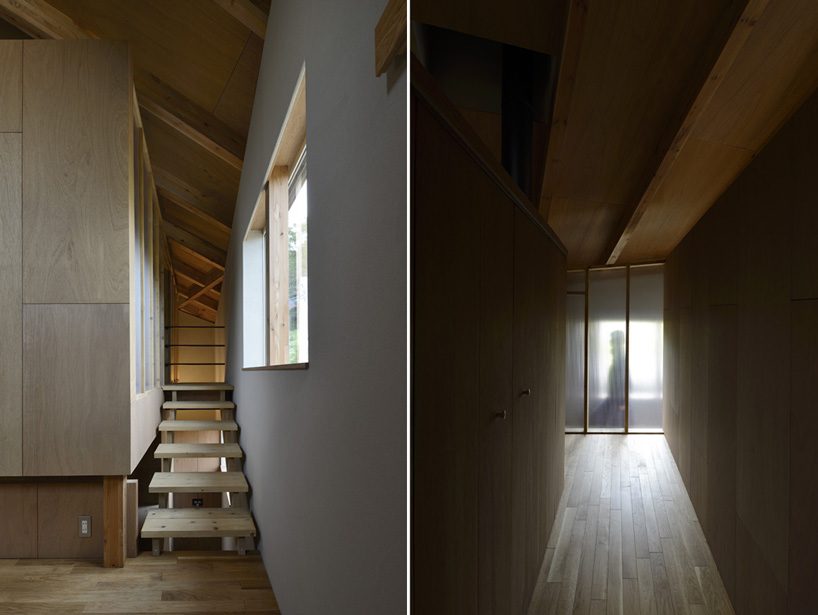 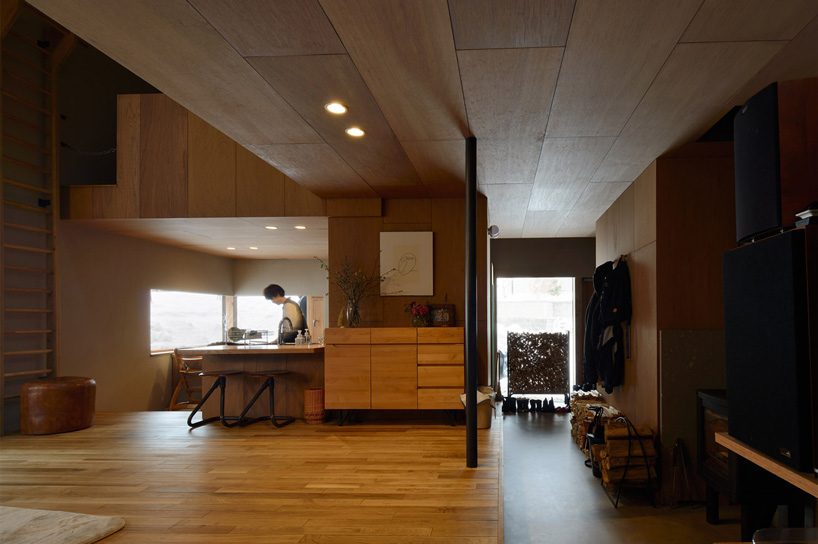 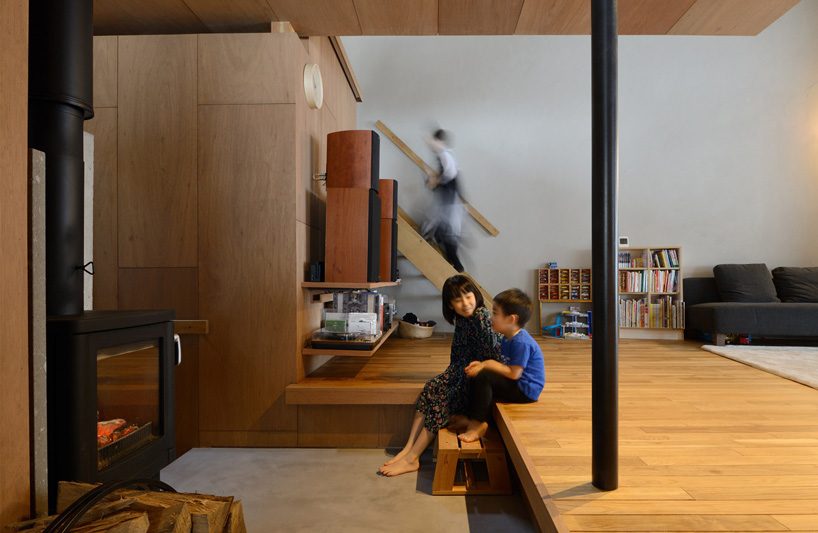 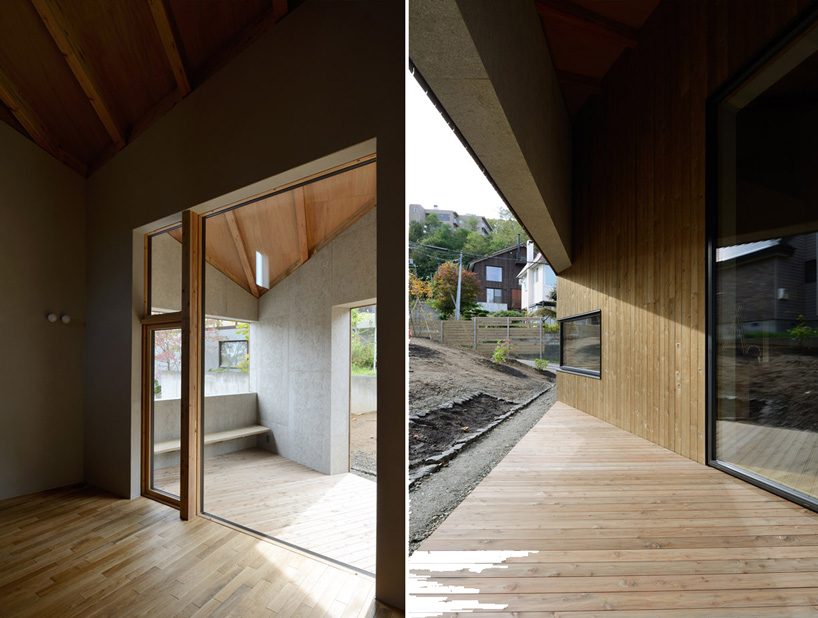 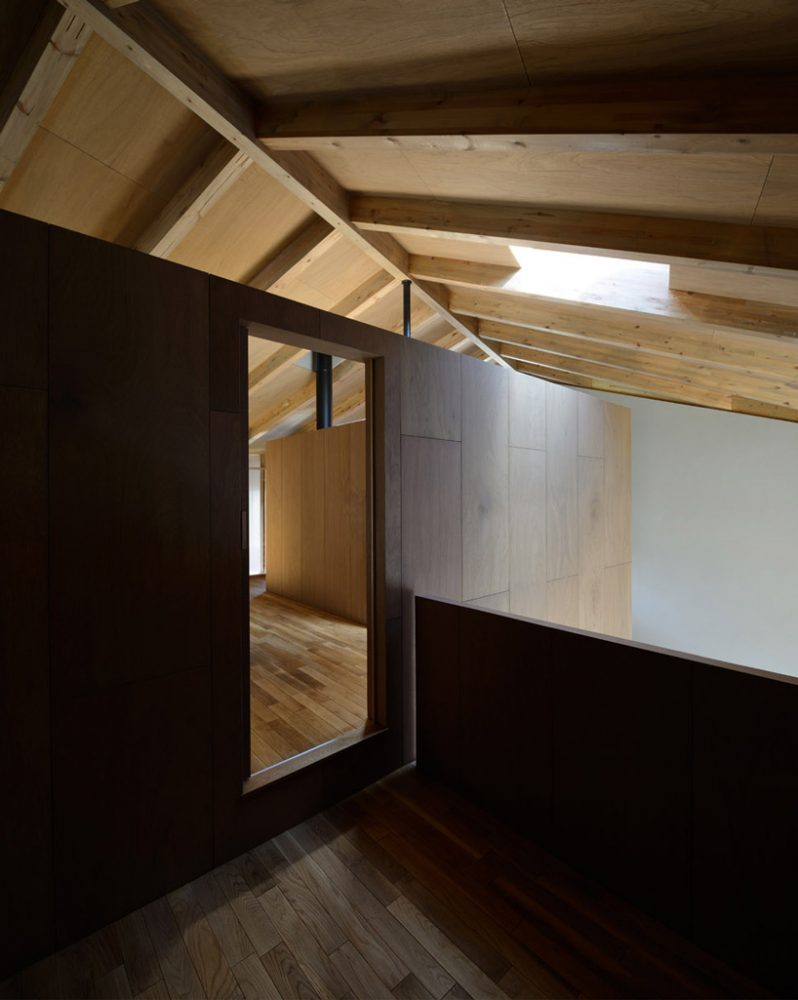 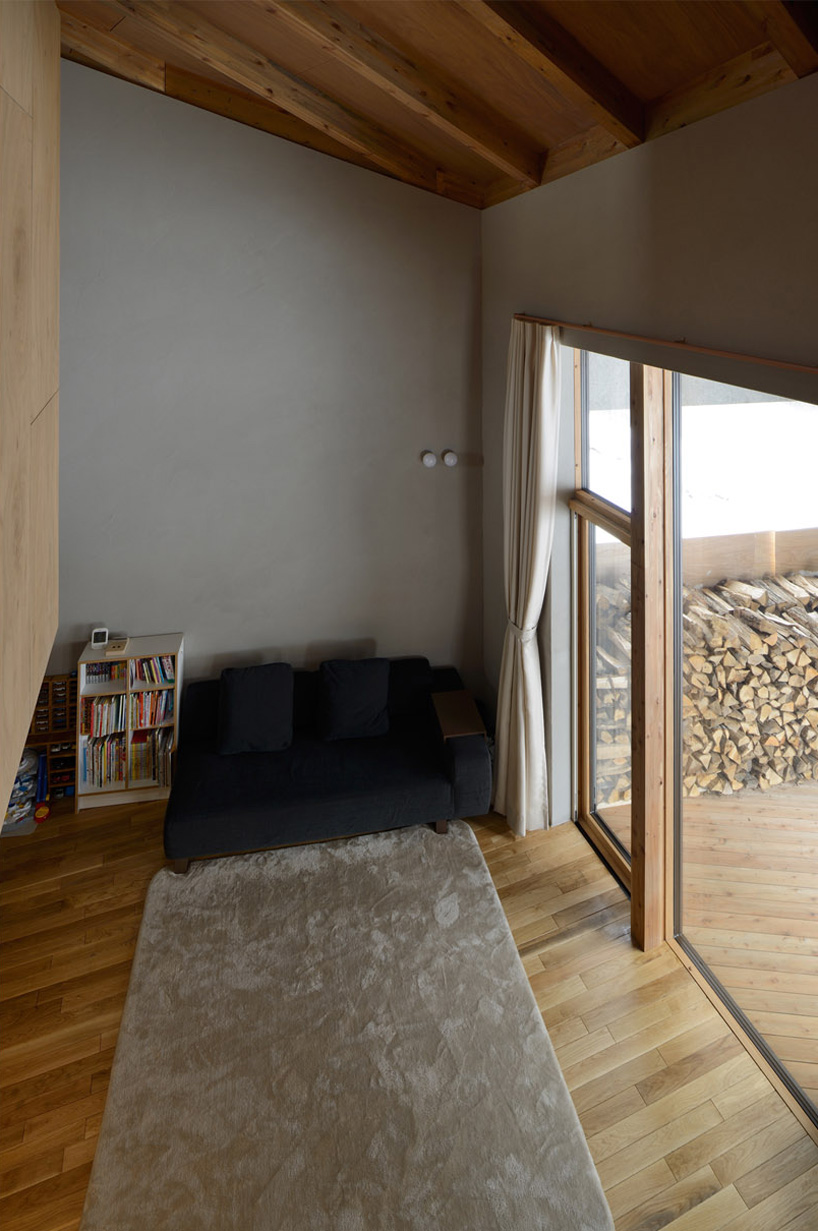 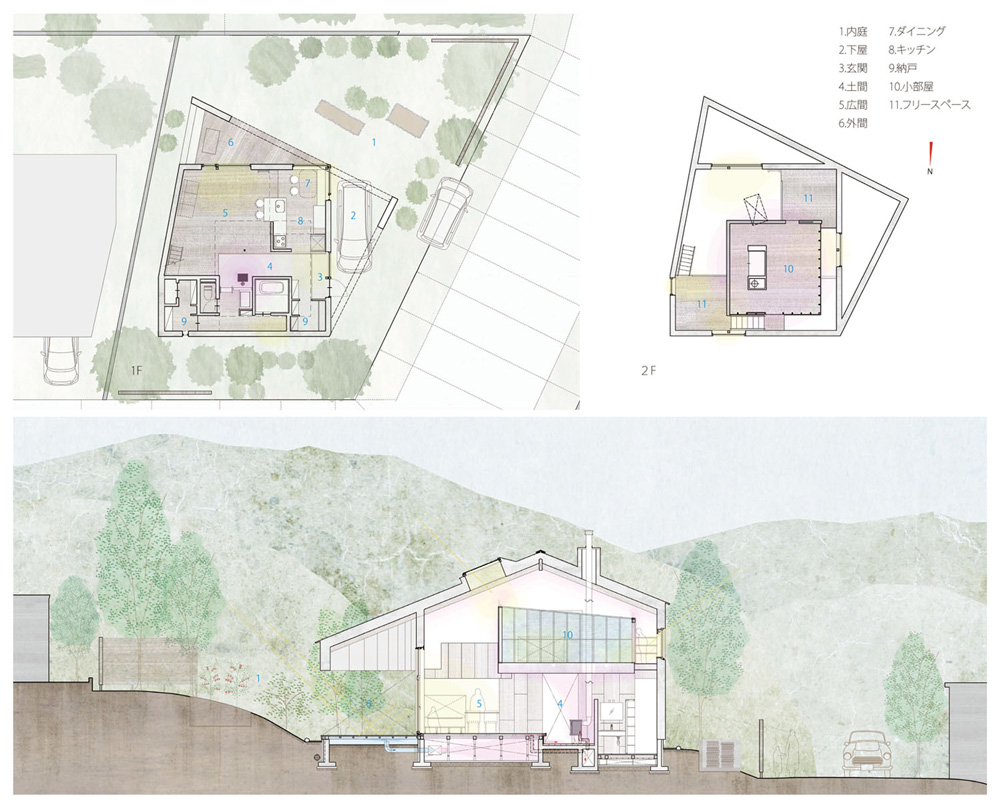 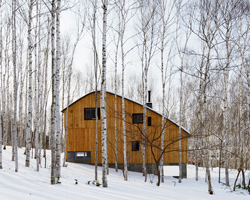 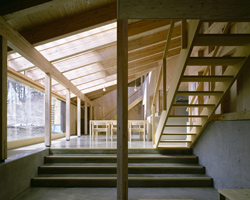