realized by hiroyuki shinozaki architects and associates, ‘house B for a family’ is a private residence in niigata, japan constructed of concrete blocks, arranged in parallel and stacked three-stories high. 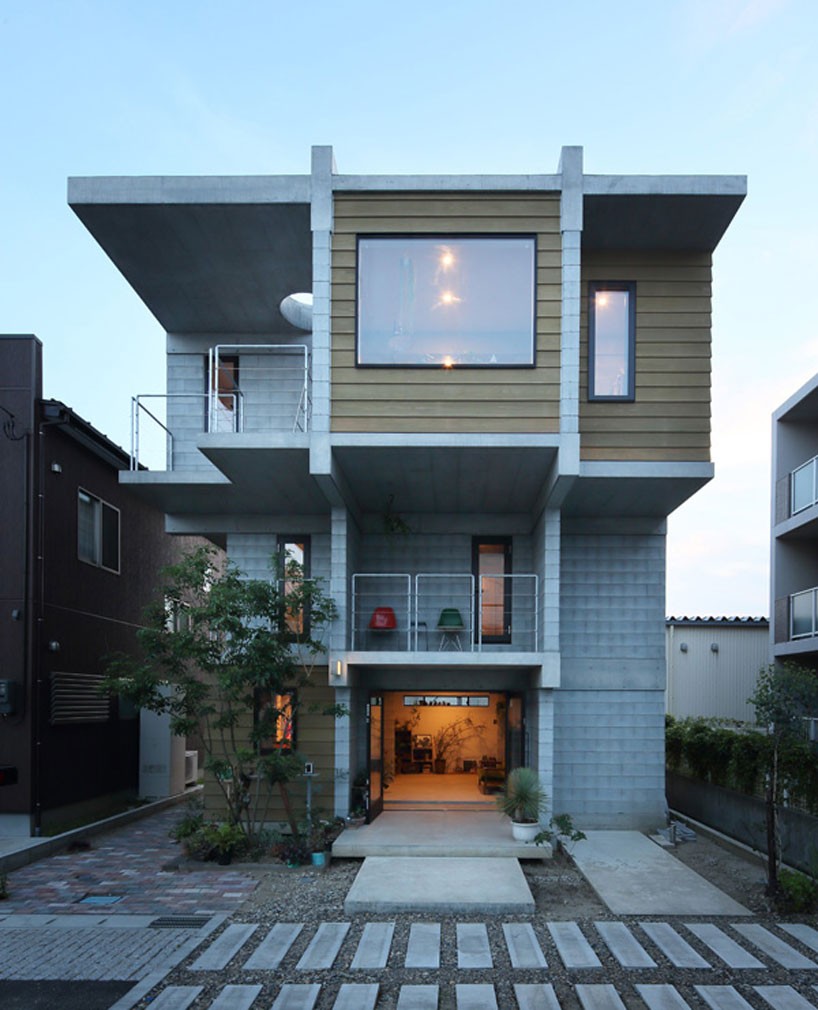 the architects describe their project as ‘built as if a one-storey head is poking out of a row of two-storey residential buildings.’, the unusual character features a top-heavy structure to symbolize the upward expansion of life. girders at the top are arranged in a crossed parallel manner; this structural feature can been seen inside and has influence the arrangement of the rooms in according to the grid layout. concrete continues to be the main material use, with wood flooring and details added in attempt to bring warmth. due to the rooms increasing in size as the building ascends, the communal spaces have been placed at the top floor.

‘being small on the ground, but large towards the sky, the home was built in an attempt to create a new style of utilizing sustainable methods of solving various issues of residential areas by making the most of the limited floor space.’ – hiroyuki shinozaki 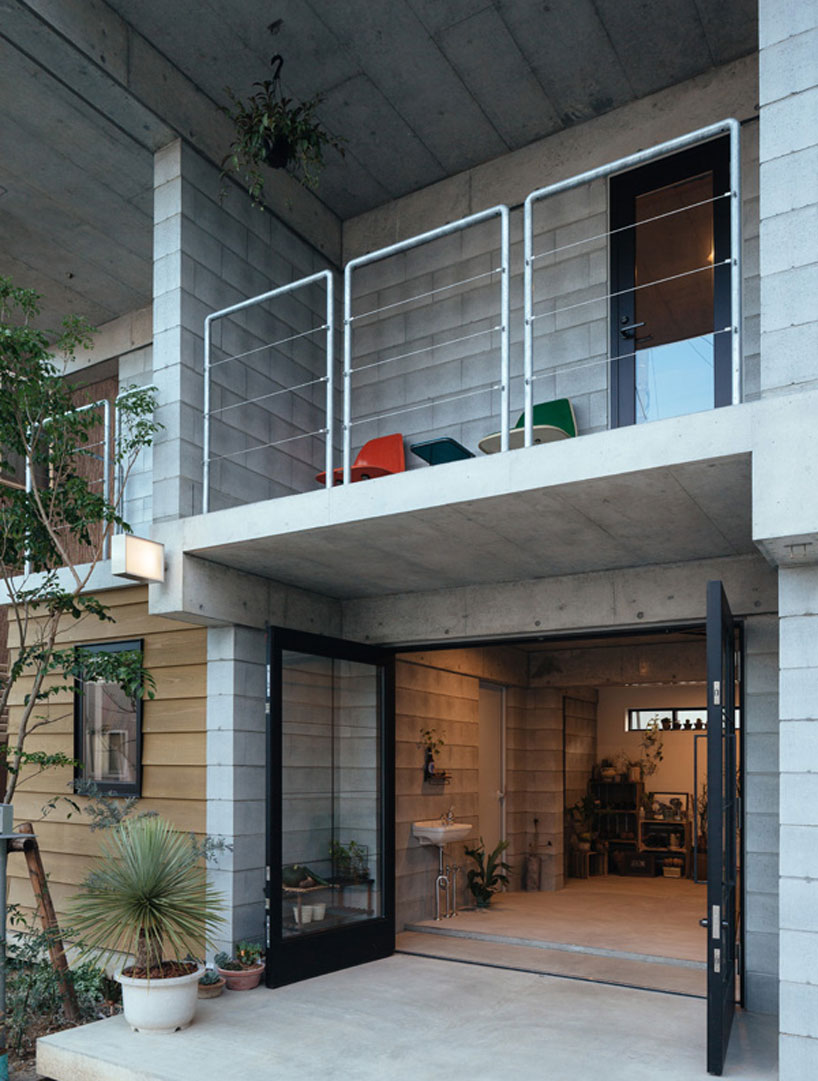 a garage space serves also as the entrance 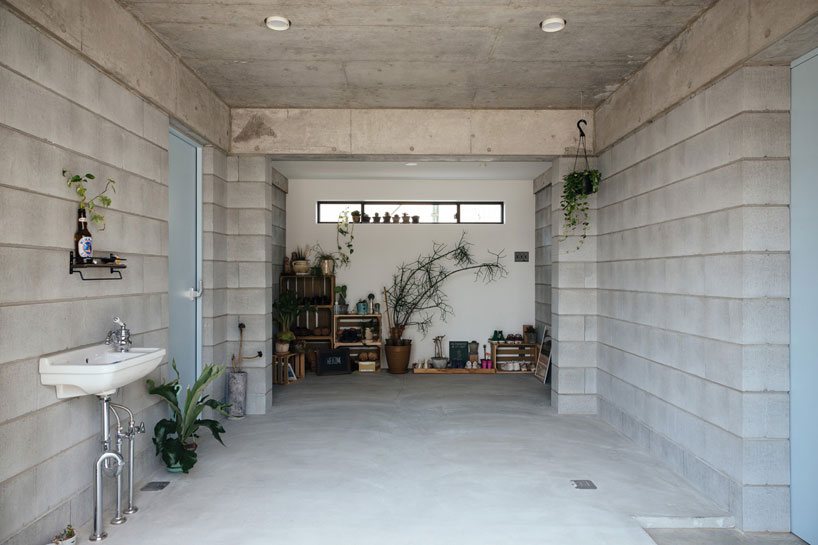 the programs progressively increase in size as the building ascends 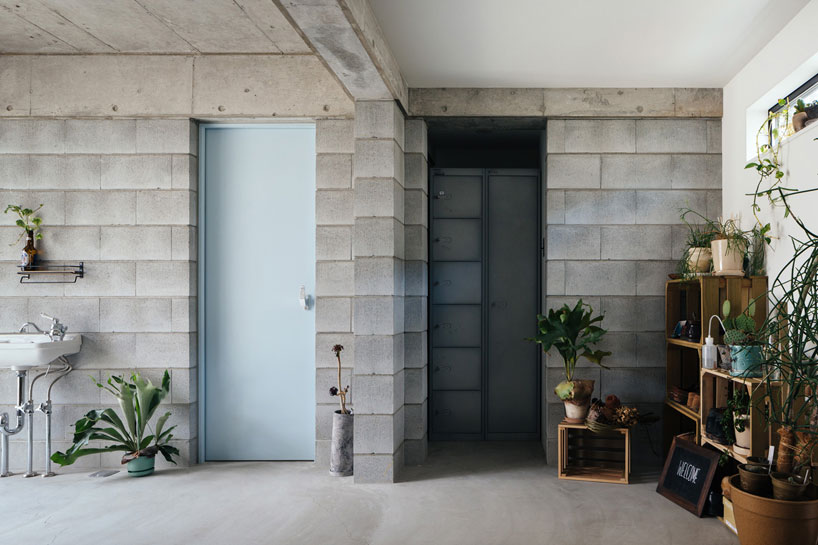 entrance into the home 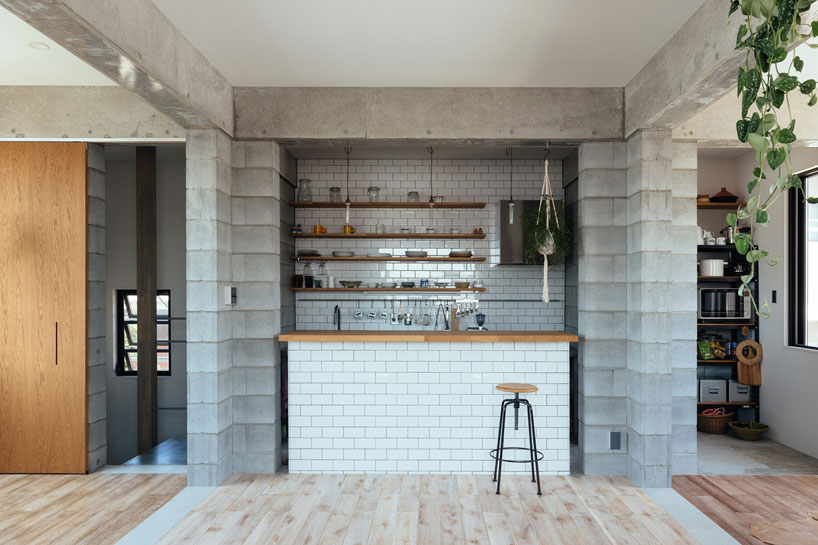 the concrete grid layout has defined the internal spaces 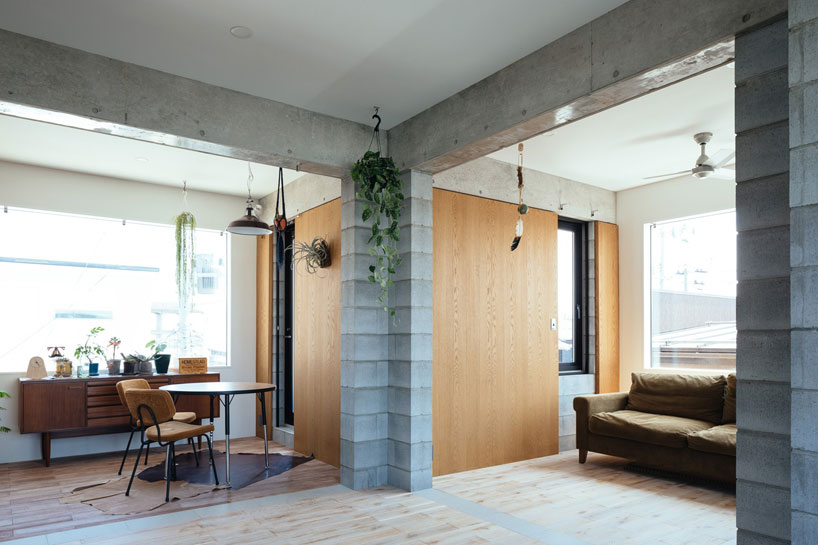 the lounge, living and kitchen is based along the sides of the building which is lit by natural light 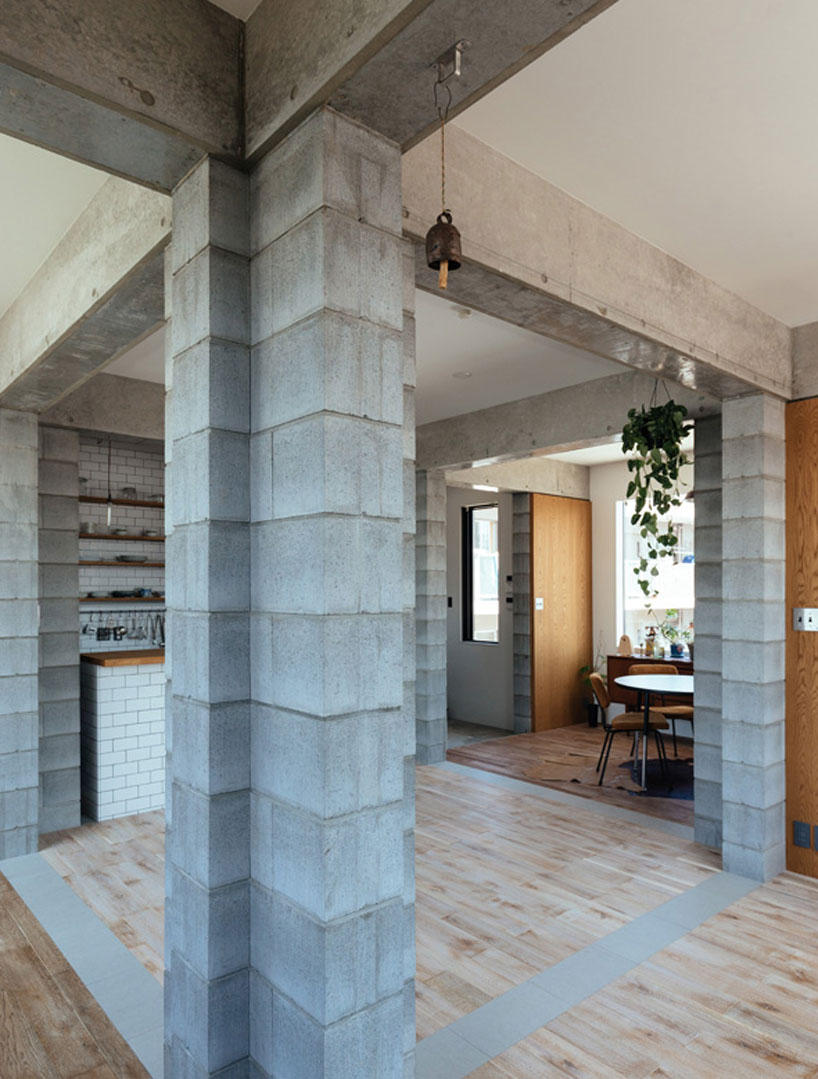 the concrete columns can been seen supporting the internal structure 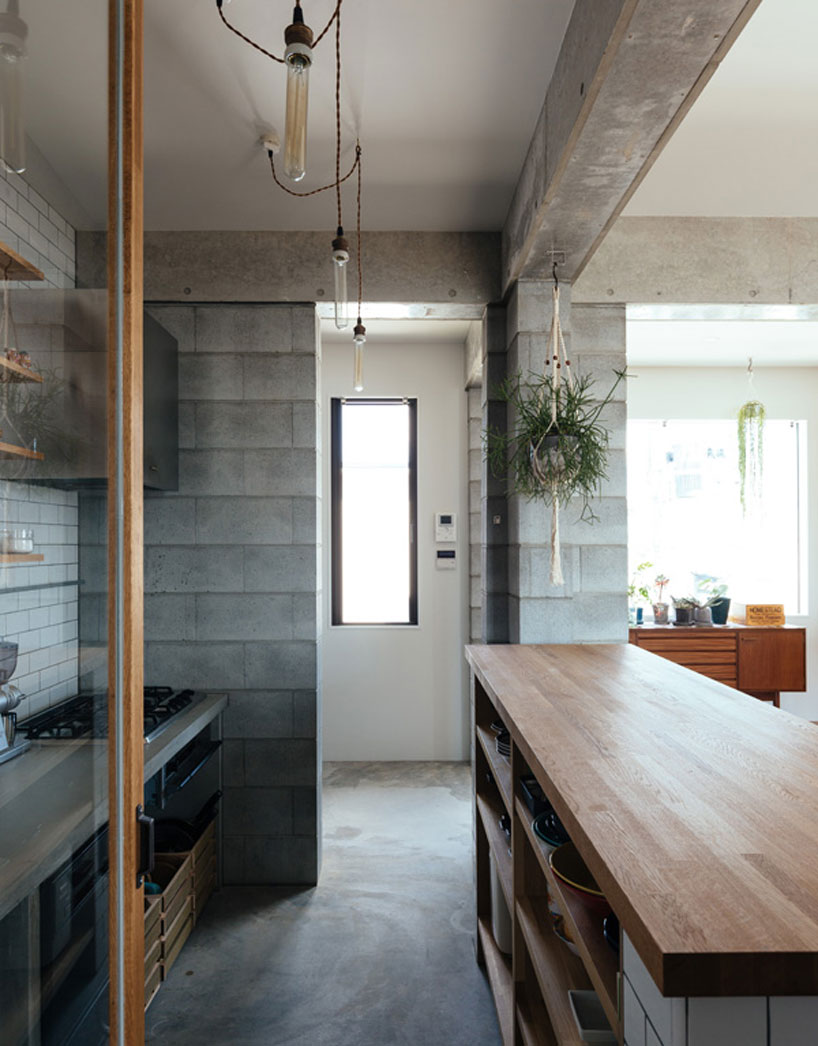 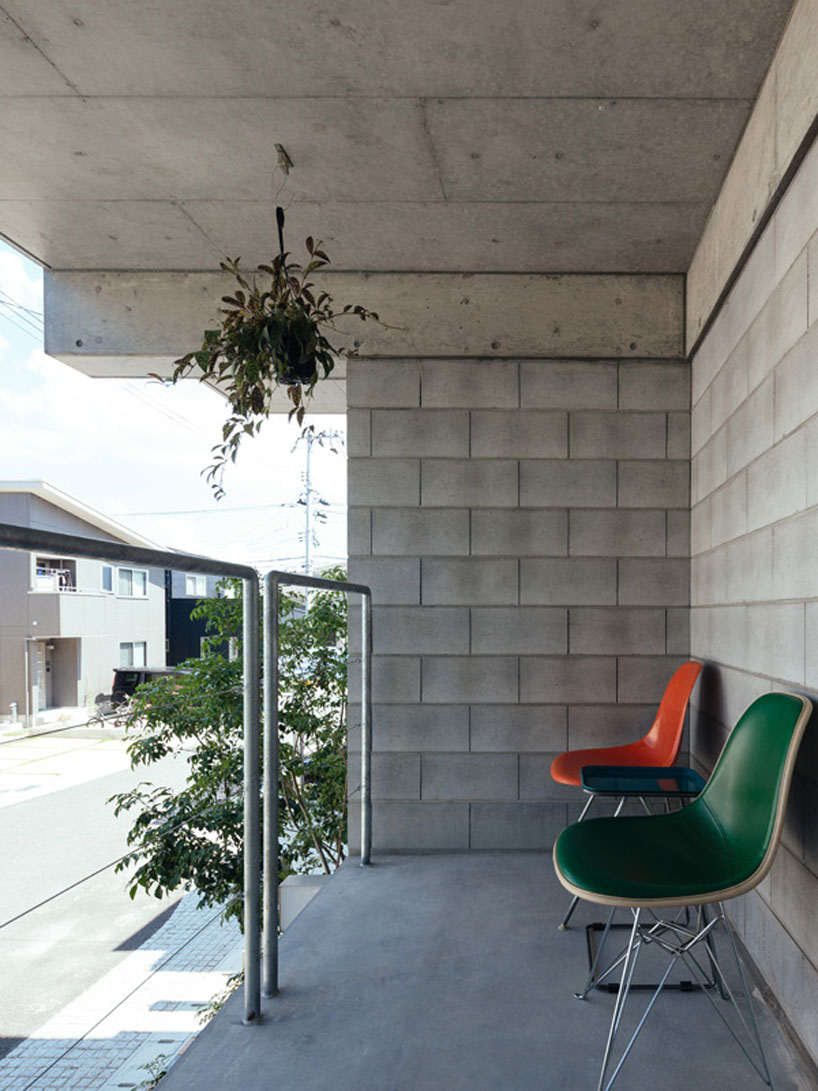 the mid-level opens up to a balcony area 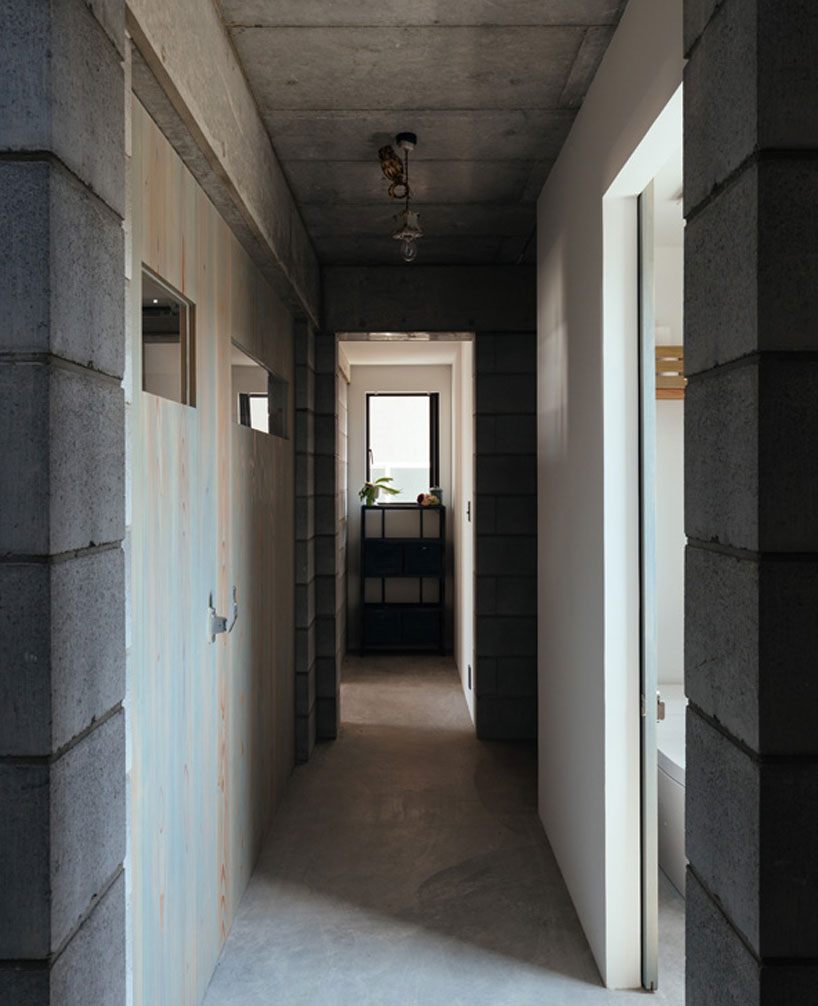 programs have been organized on the outer edge of the building 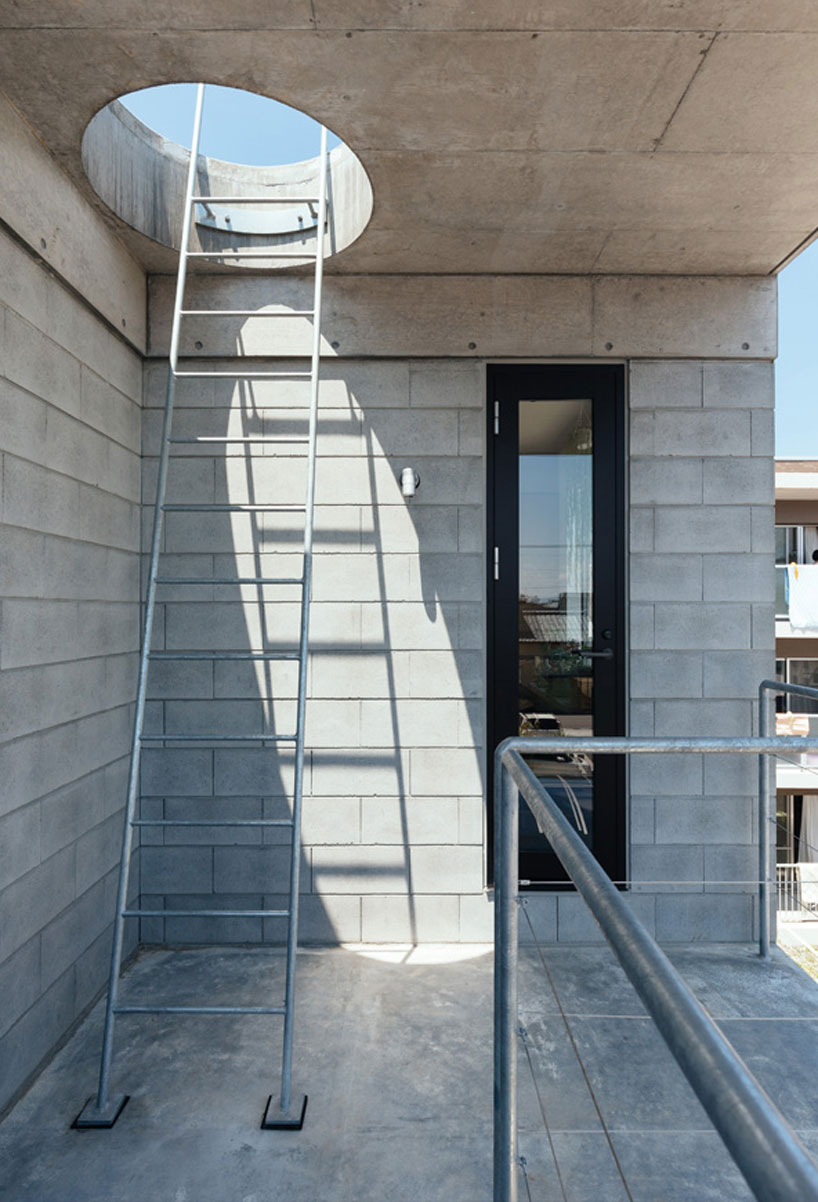 a ladder leads up to the roof top 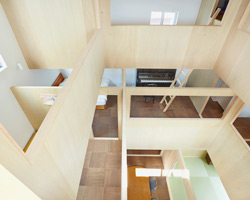 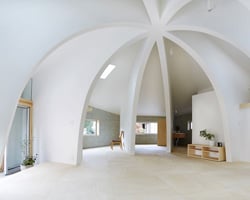 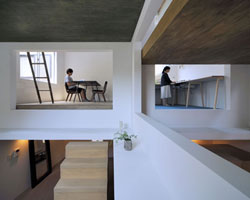 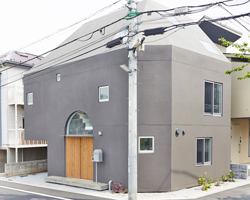 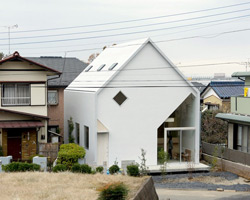