proposed plans for the barack obama presidential library have been revealed by global architecture and engineering office HOK. working alongside the museum campus foundation – a non-profit organization – the submission identifies bronzeville, a historic neighborhood on chicago’s south side, as the site for the project, intended to promote sustainable growth and drive economic development within the district. 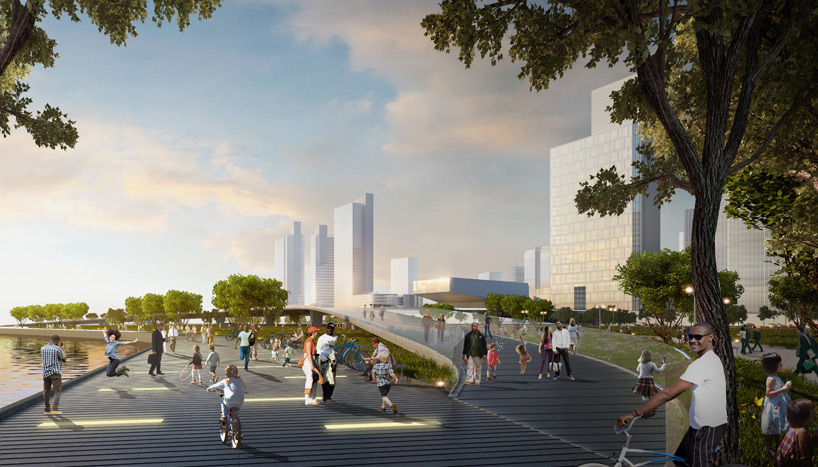 the scheme is part of a larger development of the area, which involves extending the chicago museum campus southwards in order to provide better public access to the shoreline of lake michigan. as well as welcoming the community to the site, a suggested elevated park would offer impressive views across the area, creating an important green space that has the potential to house vertical farms and offer land dedicated to the research of environmental sciences. 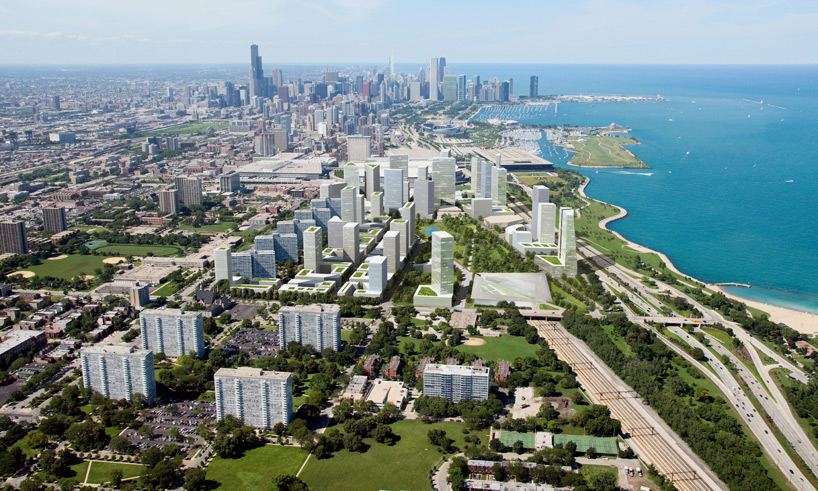 ‘our proposal challenges the historic trend of designing presidential libraries as static repositories of a presidency. by fully realizing the potential of the site, the barack obama presidential library would go beyond cataloging president obama’s eight years in office. as a living part of this historic south side neighborhood, it would drive economic development and reinforce a sense of place at a crossroads of chicago,’ explained peter ruggiero, design principal for HOK‘s chicago practice.

‘the barack obama presidential library represents a seed of transformation that, once planted, would have the power to revitalize this important site. it creates new urban spaces that will reinvigorate the local community and initiate enduring change.’ 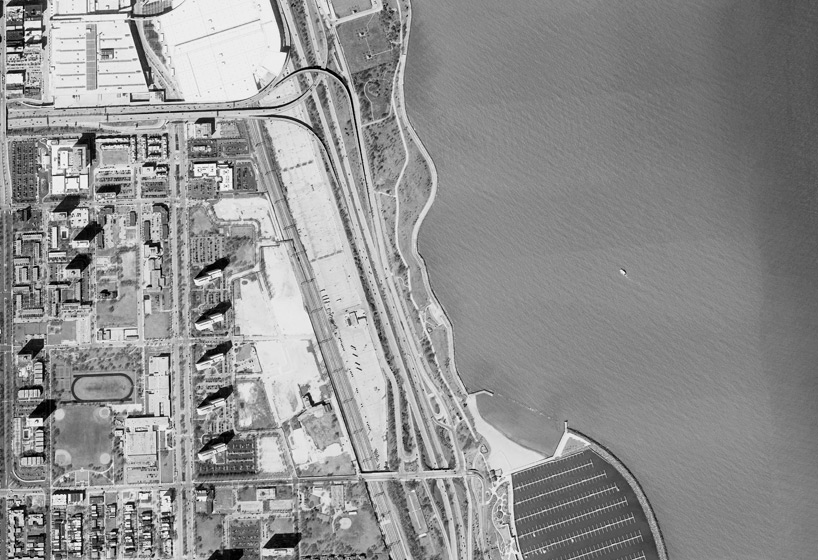