the new ‘salvador dali museum‘ by international practice HOK celebrated its grand opening on january 11, 2011, at 11:11 am in st. petersburg, florida. the 68,000 square-foot project hosts the biggest collection of the surrealist painter’s work in the world. conscientious of the art movement which the museum would house, the design process was driven by the nature of surrealist art as well as the local site conditions, such as the hurricanes that threaten florida’s west coast yearly. 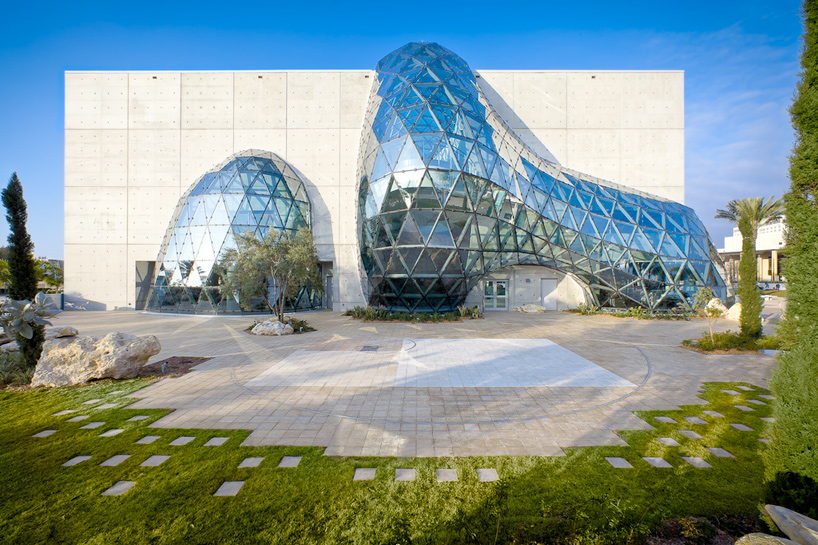 ‘our challenge was to discover how to resolve the technical requirements of the museum and site in a way that expresses the dynamism of the great art movement that he led. it is important that the building speaks to the surreal without being trite,’ said the director of design at HOK’s florida practice, yann weymoth, who also led the project’s design team. 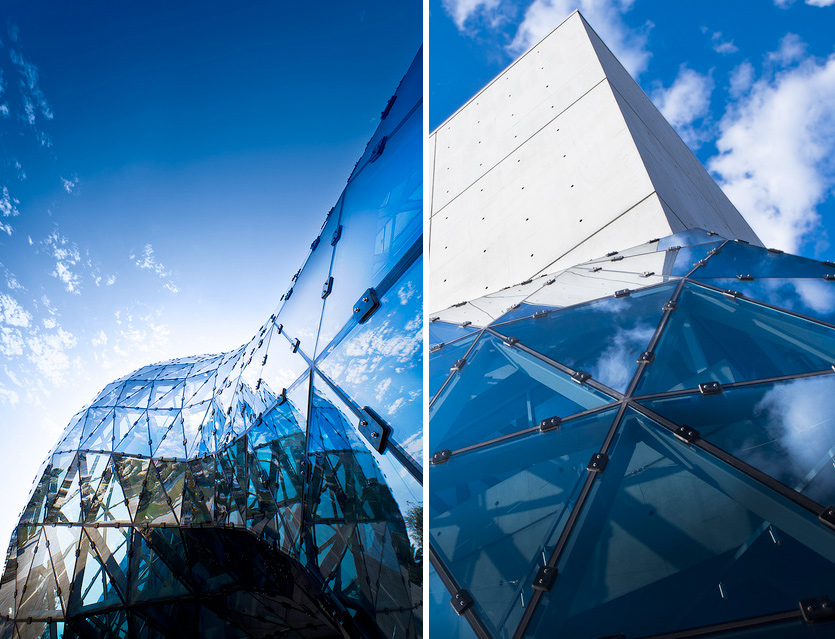 the museum is composed of two contrasting elements: a ‘treasure box’ constructed out of thick unfinished concrete which protects the body of work, and a sculptural glass atrium that supplies natural light to the interior. the first of its kind in the united states, the free-form geodesic addition is structurally robust despite its transparency. 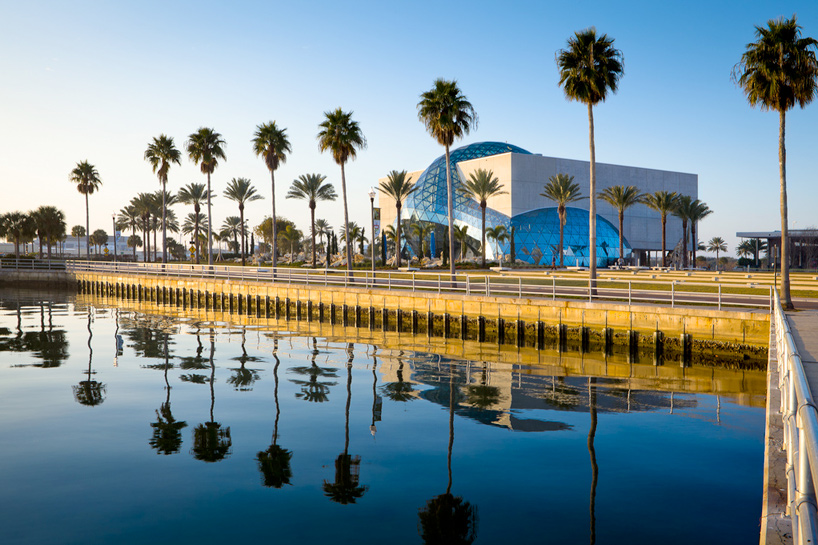 from the waterfront image credit: HOK and moris moreno 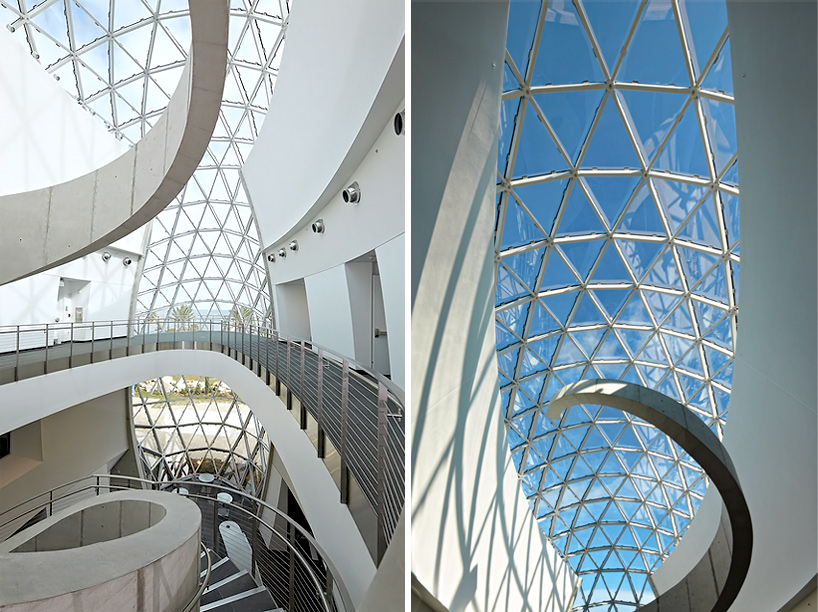 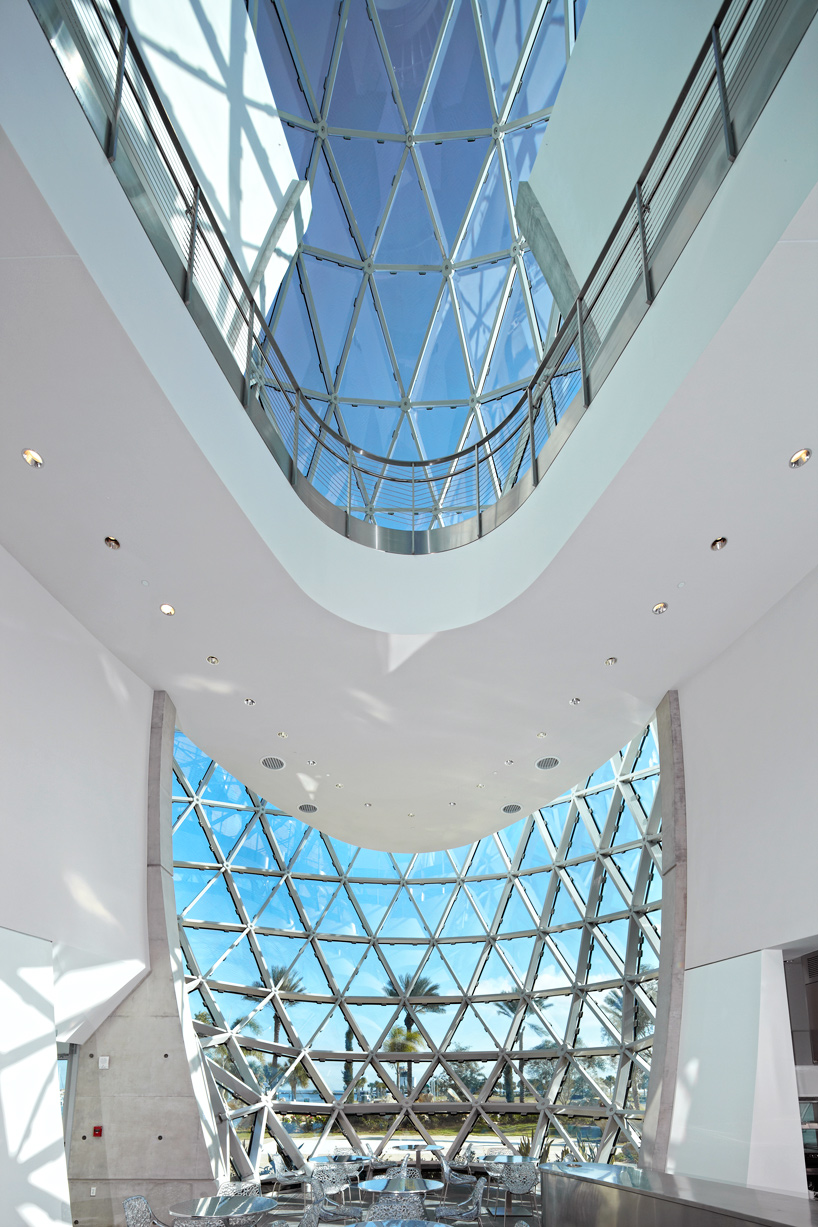 influenced by dali’s fascination with spiral forms, the main atrium space features a poured-in-place concrete spiral staircase leading visitors up to the third-floor galleries. an optimal amount of diffused daylight is funneled by seven suspended ‘light cannons’ made out of black plaster. 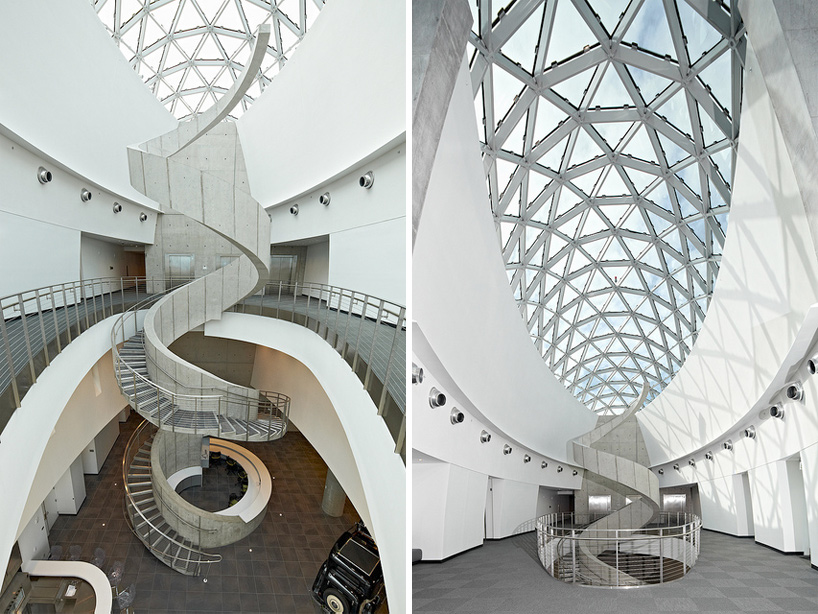 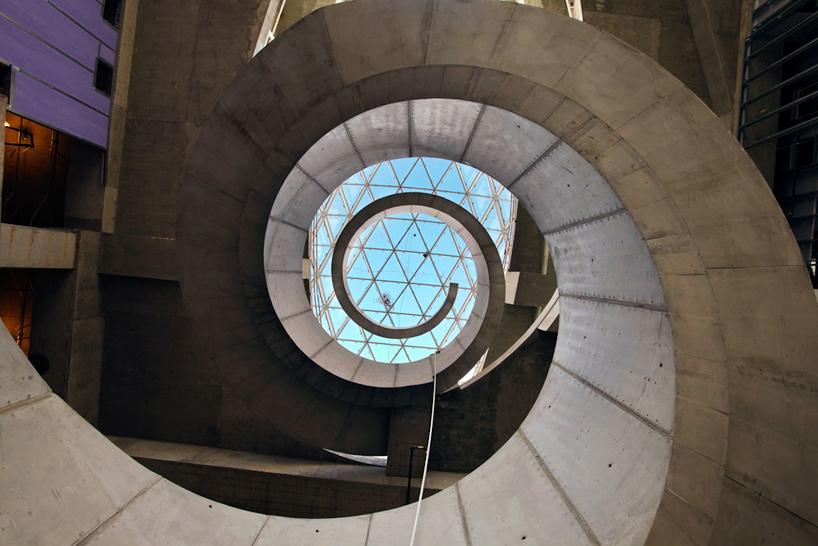 looking up through the center of the spiral staircase image credit: HOK and beck group 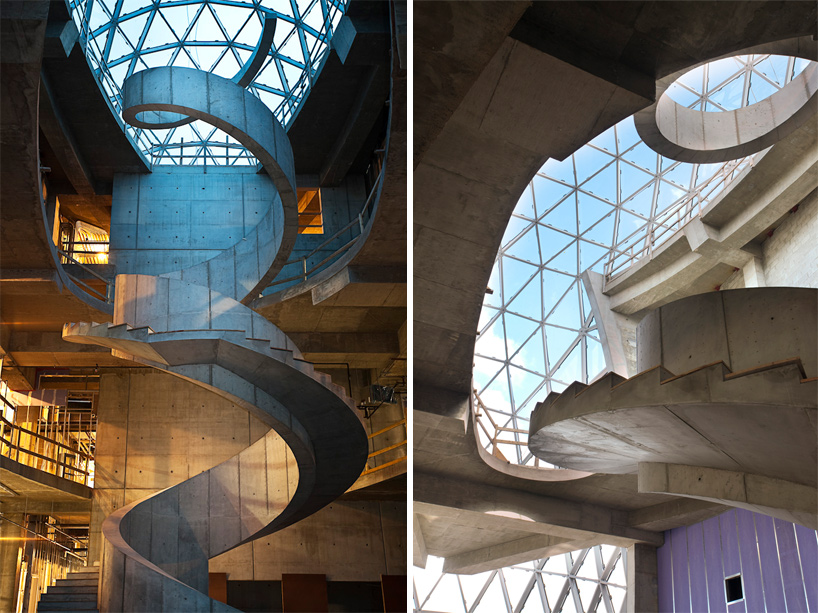 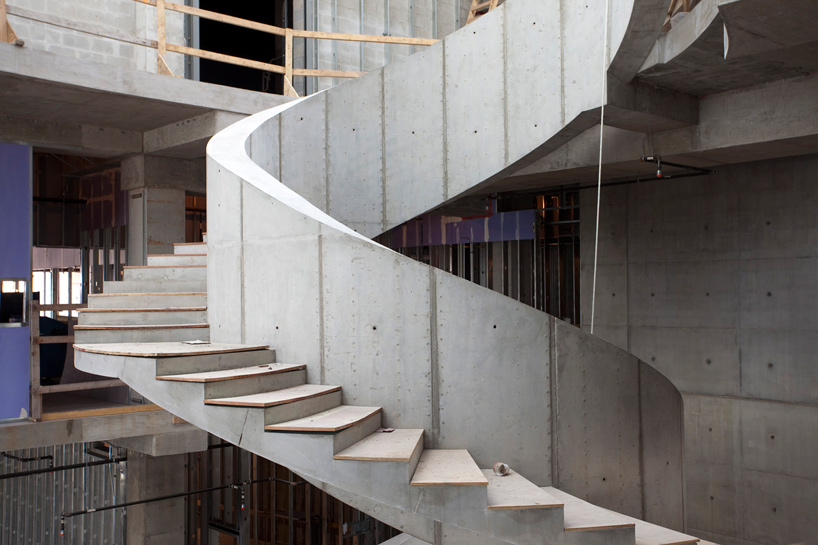 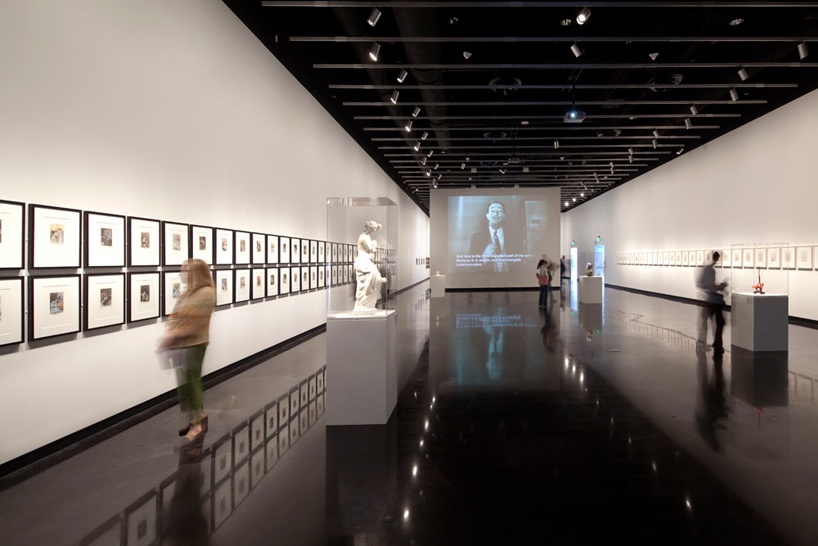 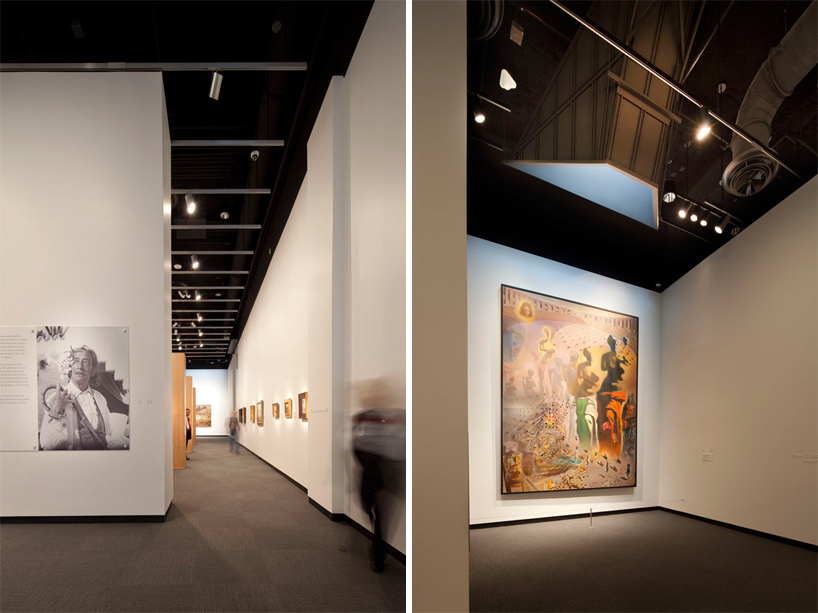 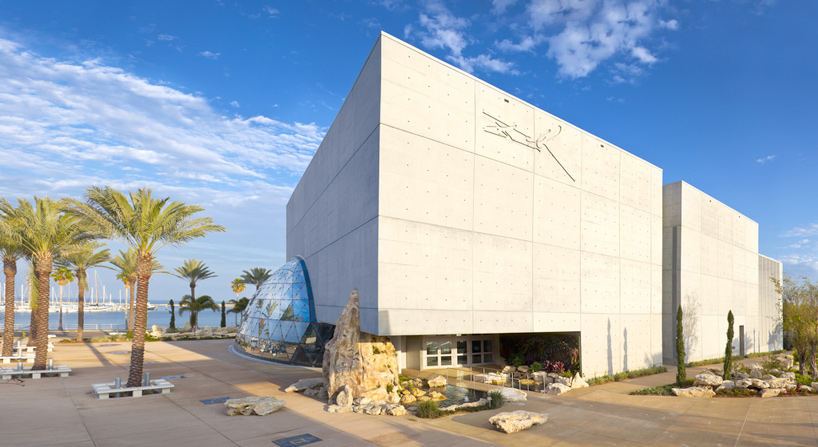 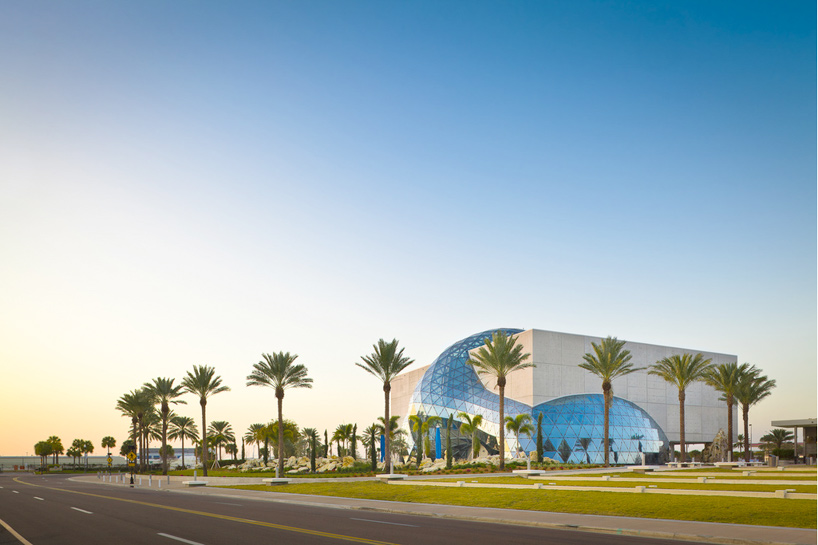