‘hot to cold’, a new exhibition presenting the work of acclaimed architecture studio BIG, has opened to the public at the national building museum in washington DC. the display documents the work and design processes of bjarke ingels’ international firm, taking visitors on a journey across the warmest and coolest parts of our planet. 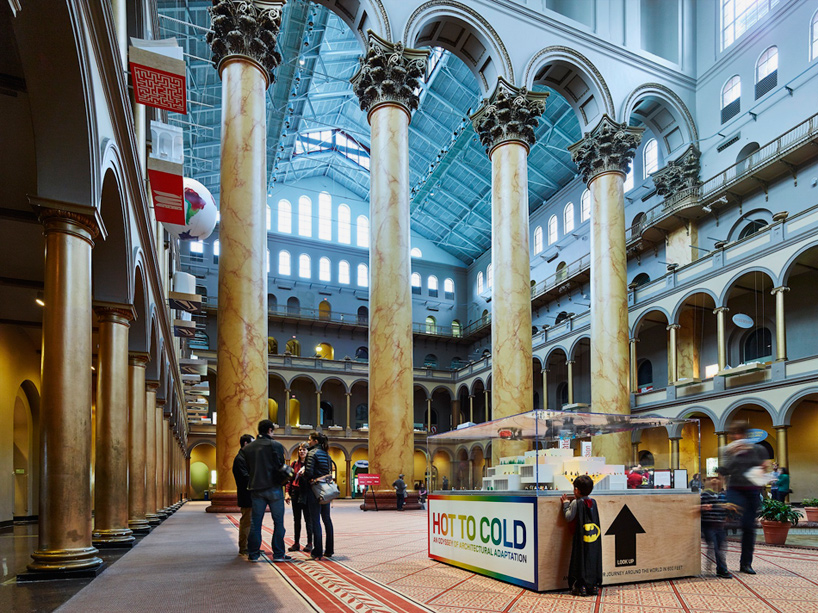 as part of the exhibition, more than 60 three-dimensional models are suspended from the second-floor balconies of the museum’s historic great hall, where last summer BIG’s vast indoor maze attracted over 50,000 attendees. the various installations examine in closer detail how the firm’s solutions are shaped by their specific cultural and climatic contexts, and explores how architectural responses are formed on a project-by-project basis. 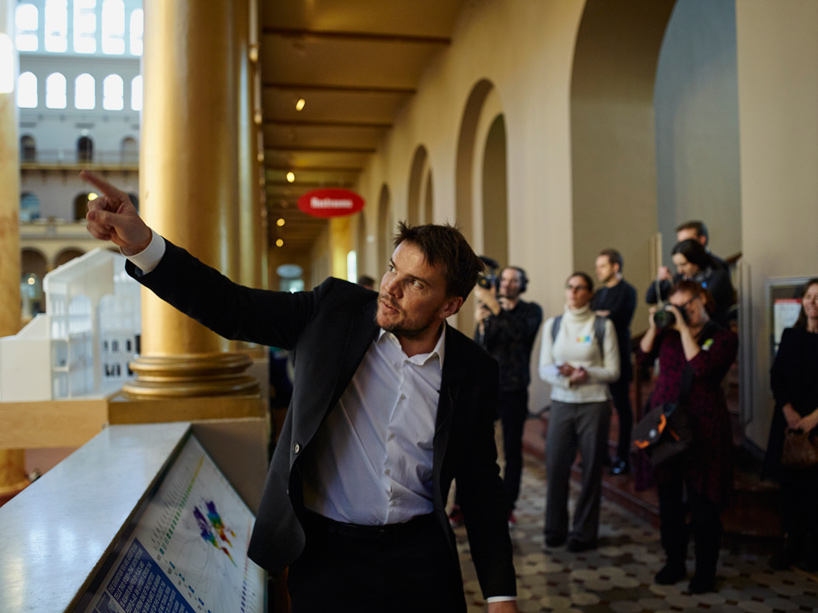 the presentation premieres twenty of the studio’s latest projects interpreted through iwan baan’s photography, and films by ila bêka and louise lemoine, as well as the grammy award-winning graphic artist stefan sagmeister’s design for the accompanying catalog.

‘hot to cold: an odyssey of architectural adaptation’ remains on view at the national building museum until august 30, 2015. see designboom’s preview of the exhibition here. 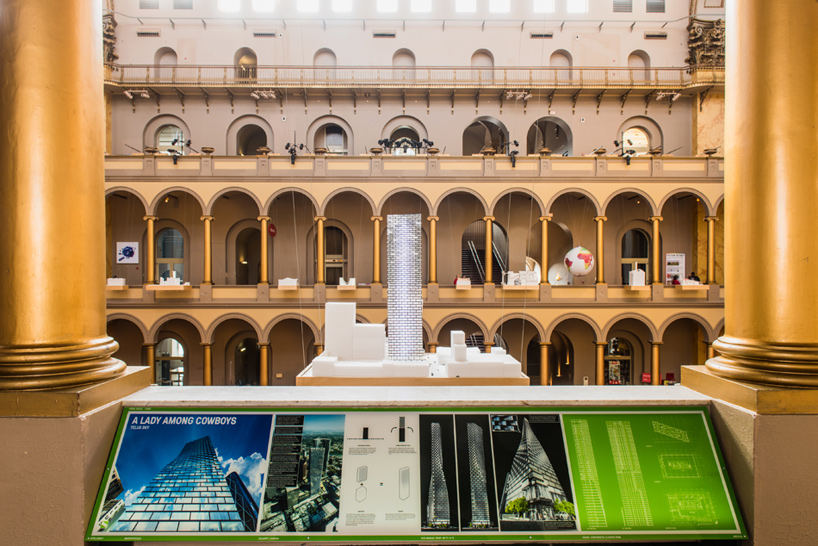 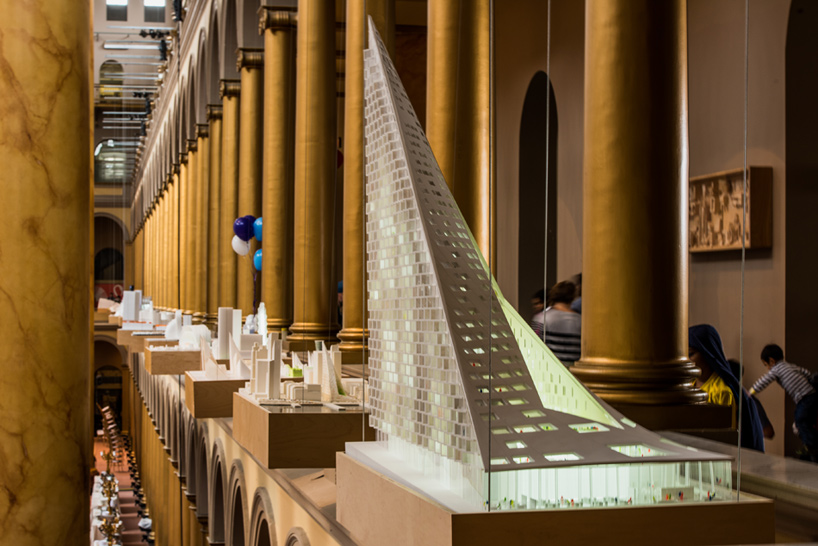 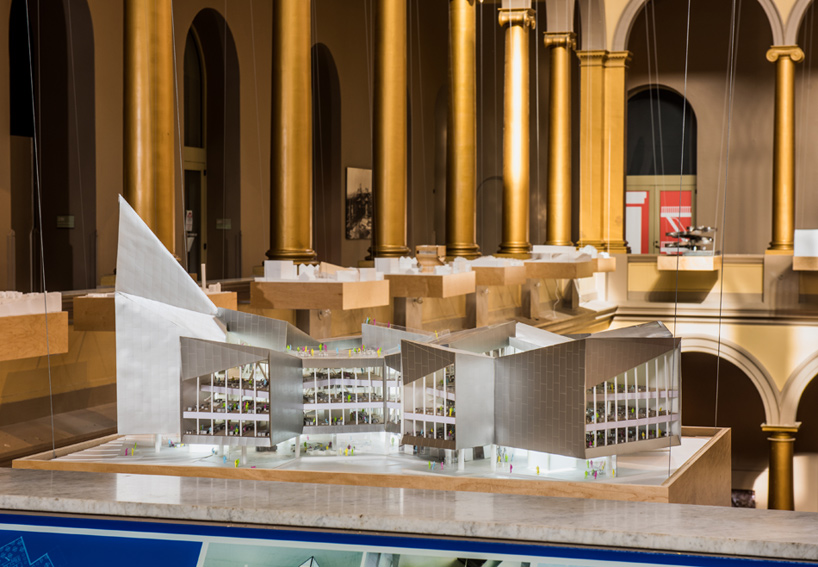 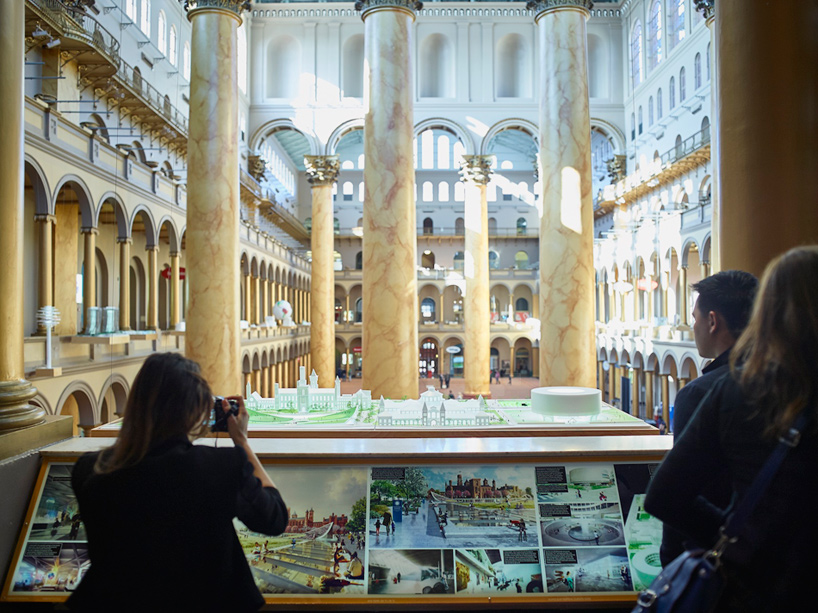 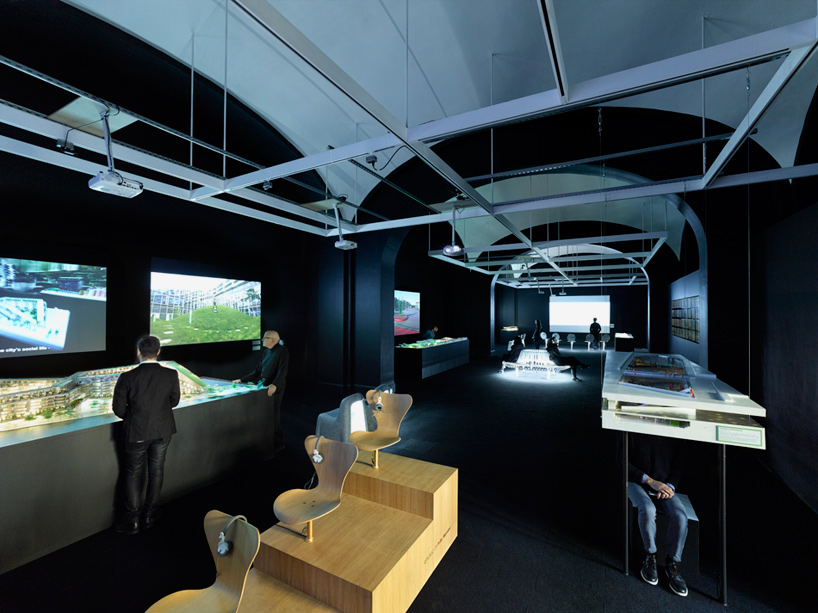 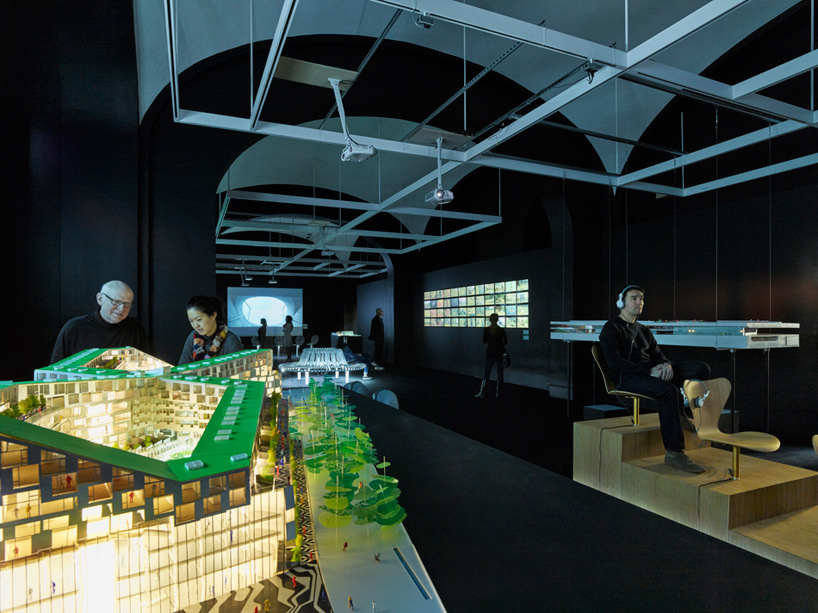 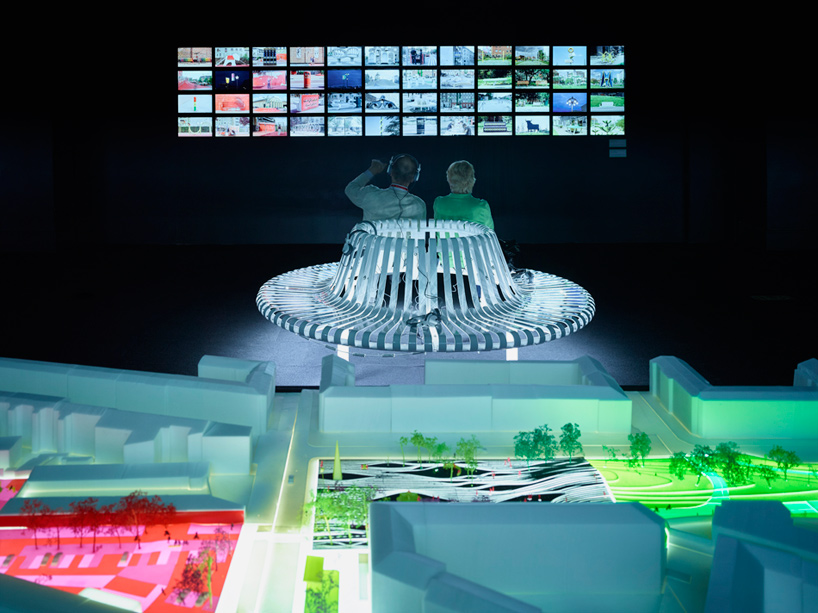 ‘hot to cold’ remains on view at the national building museum until august 30, 2015
photo by kevin allen 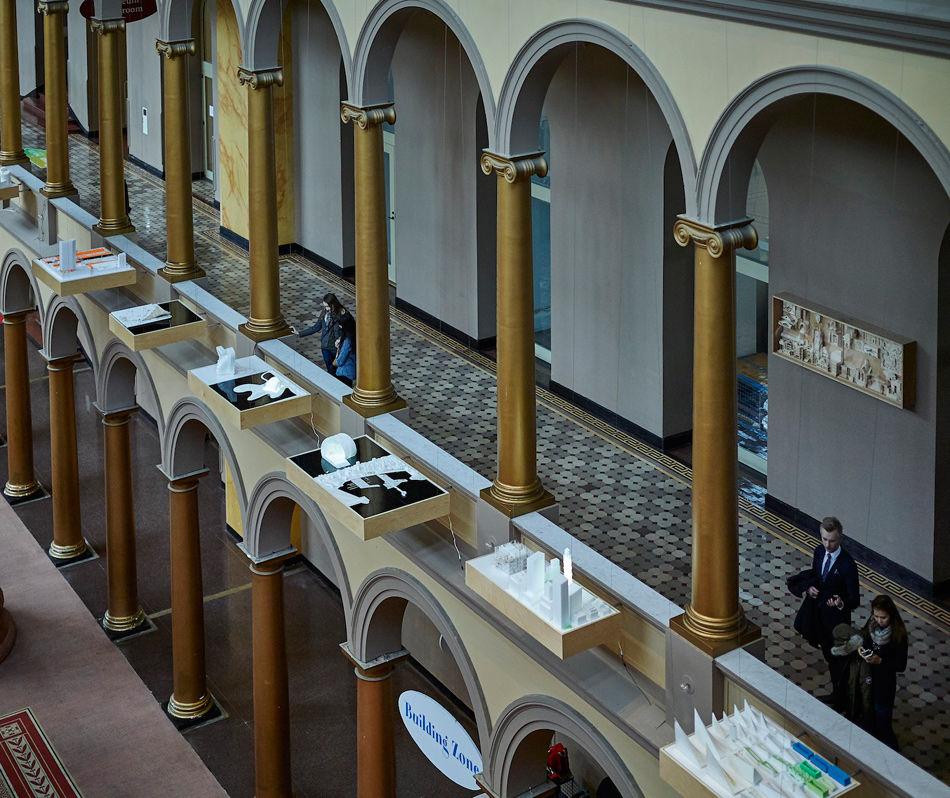 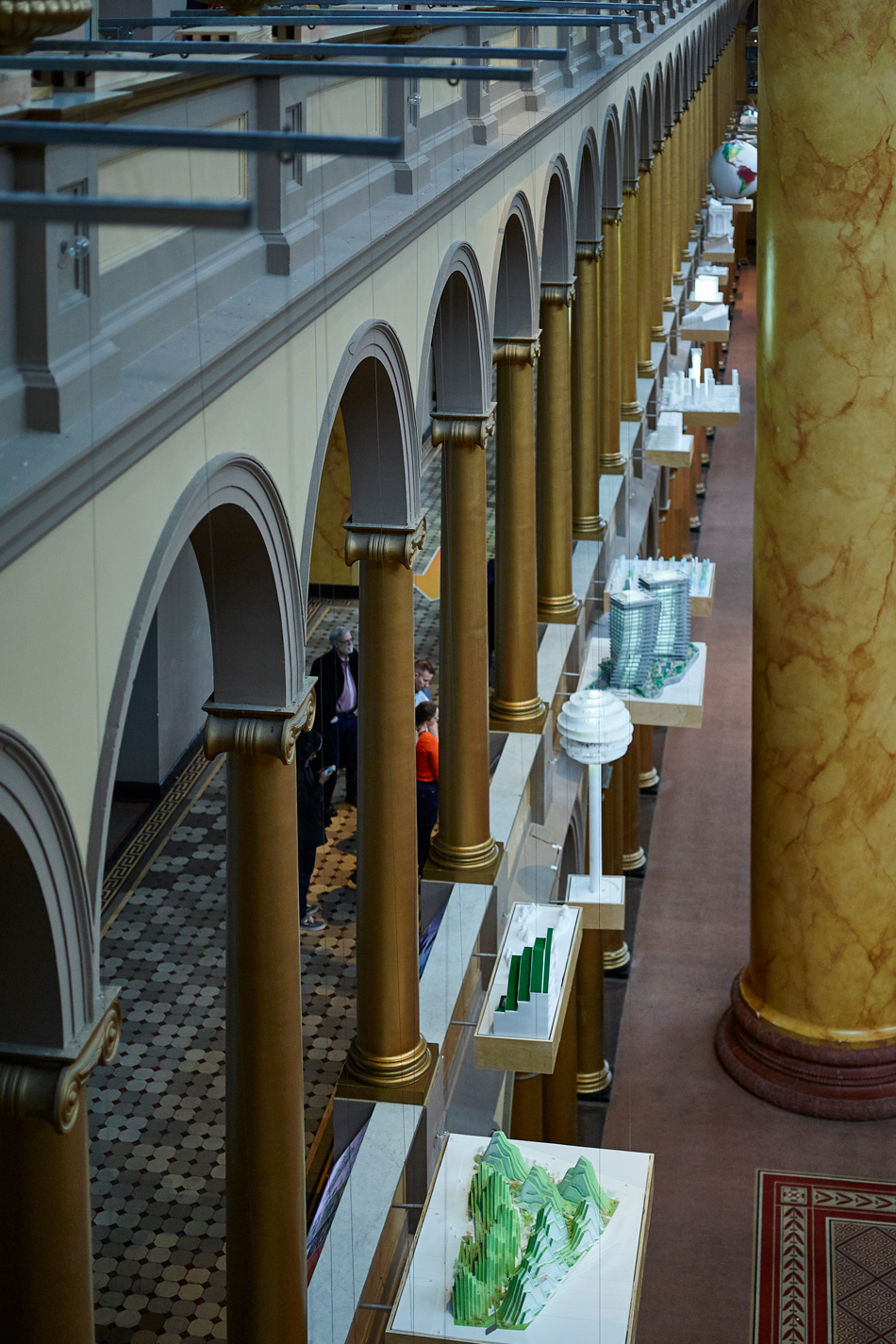 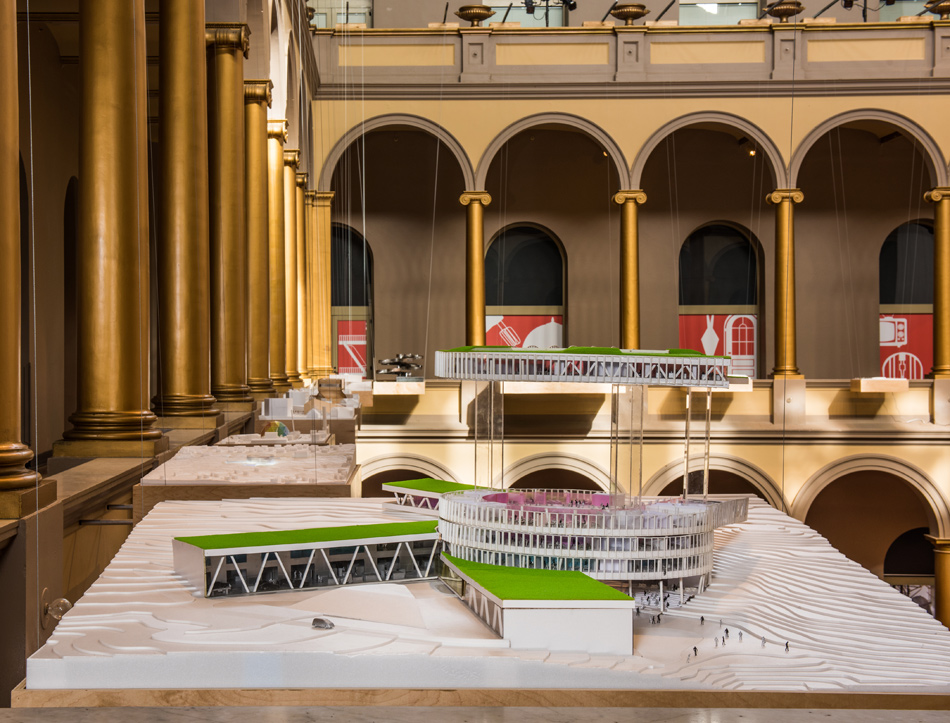 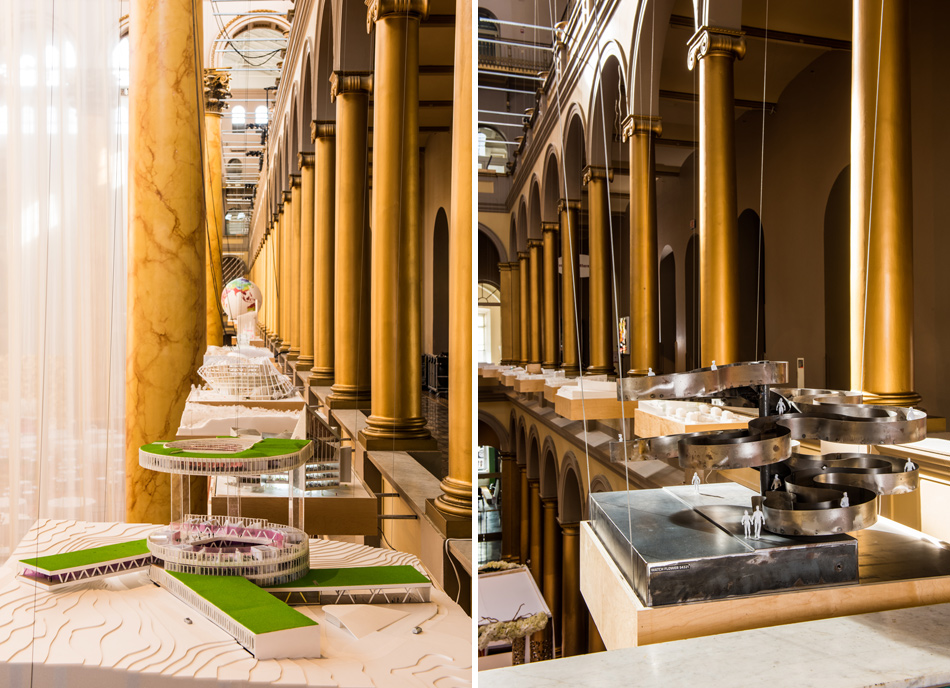