when the client approached nico van der meulen architects, the brief presented was intended to alter and add to an existing 1950’s house and update its design. the first floor of ‘house lam’ had to be designed from scratch to accommodate the bedrooms and the ground floor had to be converted to an exclusively open plan living space. the rocky outcrop inspired the design, which was developed to maximize the surrounding views, making use of the nature feature without compromising the contemporary flowing aspect of the building.

in opposition to the original entrance at the top of the site, the architects created a new access at the lower ground floor of the 3-storey home withan internal staircase leading up to the ground floor living area. the existing foundations and structure offered an almost 300° view across johannesburg.this was used as a shell for the new design, which had to optimise views of the city to the west while still being orientated to the north to maximise sunlight.designed around a cantilevering pool, the entry level provides sight lines to the north and south across the city, connecting the lanai and recreational outdoorareas to the interior. a bridge on the upper level links opposite sides of the main and family bedroom suites. in all the rooms, the view is maximised thanks tothe wrap around balconies. M square lifestyle design, captained by phia van der meulen, meticulously chose the interior touches that would distinguish this house:a natural wood finish runs through the house, from the pool deck, the bridge on the first floor, the bedroom floors and to the furniture itself, givingthe interior a warm feel.

exterior approach to the entranceimage © david ross and barry goldman

the neutral colour palette within the interior was chosen to compliment the tones that were used in the buildings structural elements and to blend with the walnut wooden floors and stone feature wall. lighting plays an important role in the interior design. It was creatively placed to create a stylish well-lit core ambiance and beautifully illuminates the exterior of the house, so that it stands out against the rocky outcrop in the night sky. 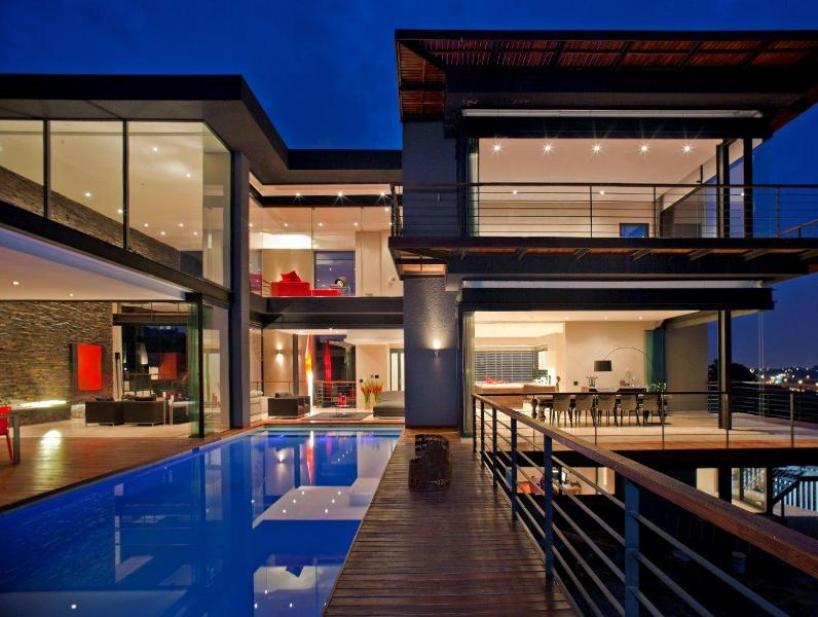 the pool extends itself from insideimage © david ross and barry goldman 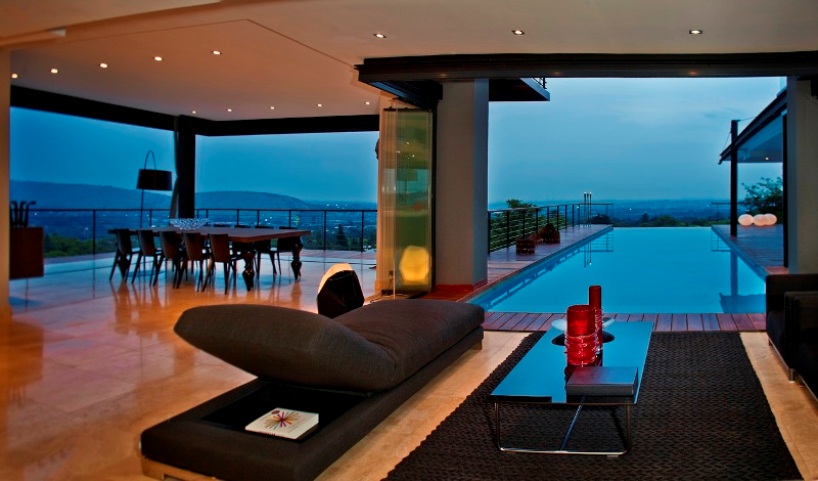 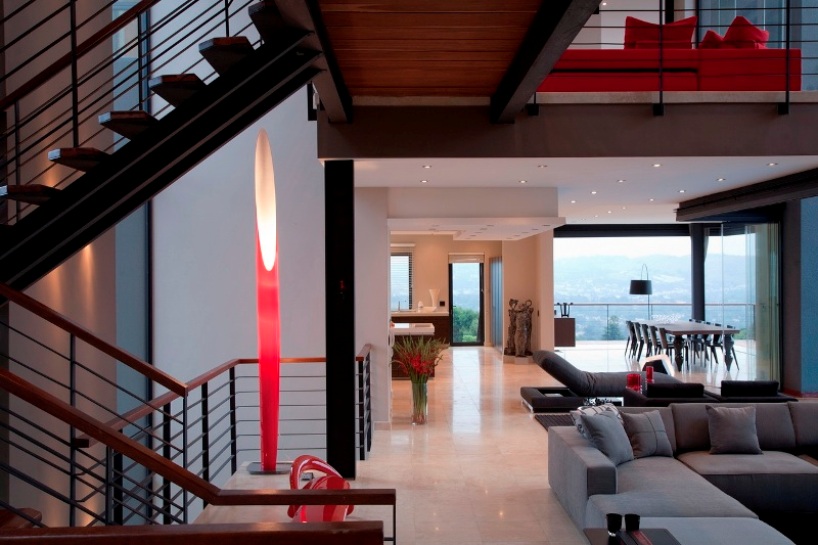 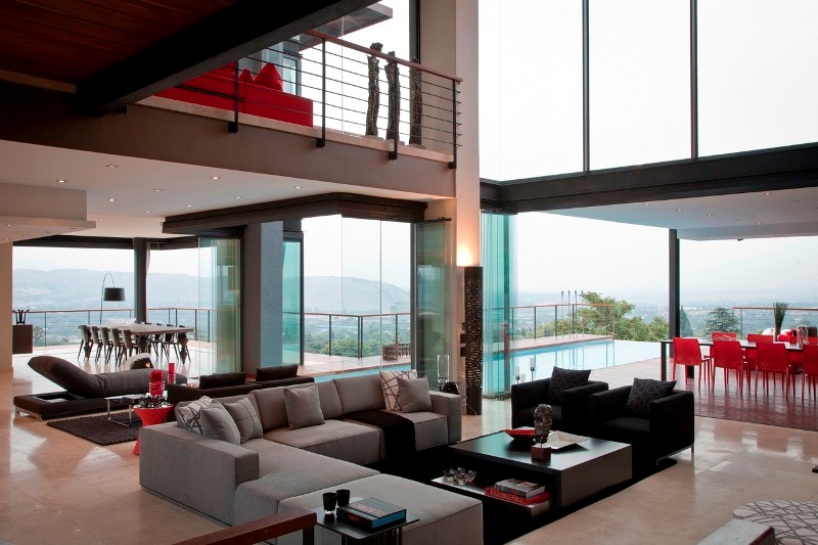 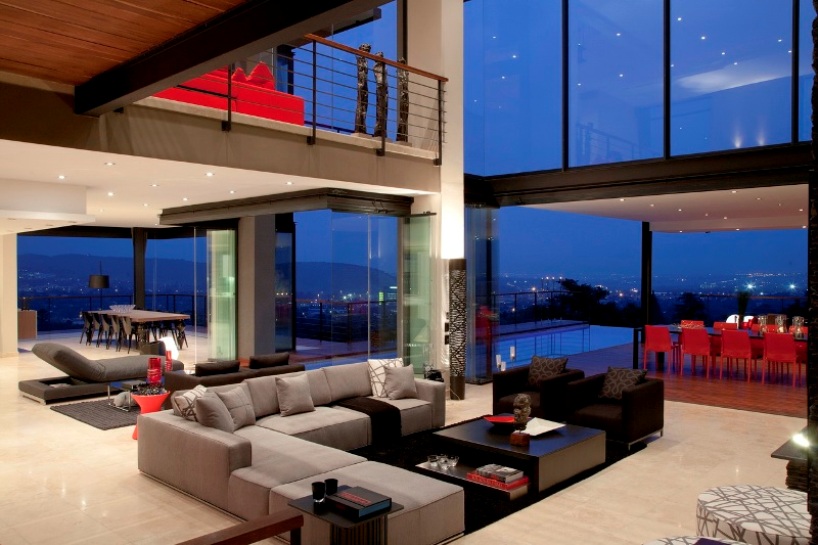 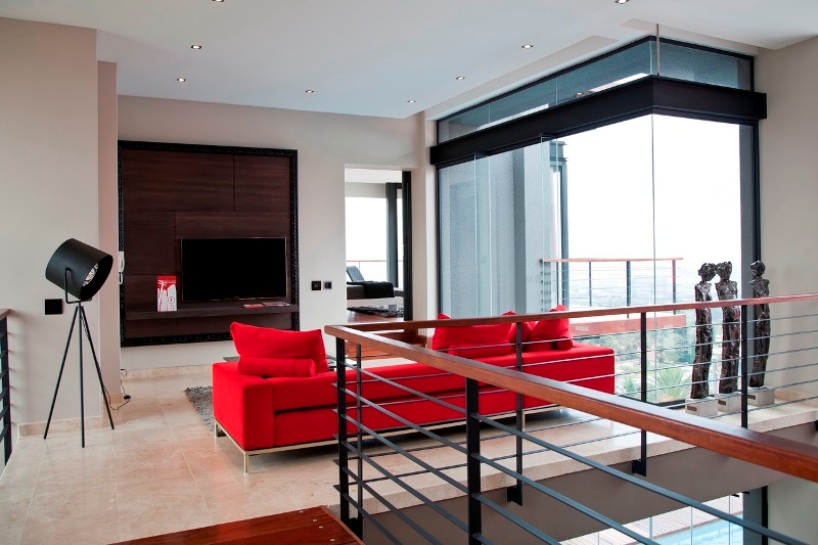 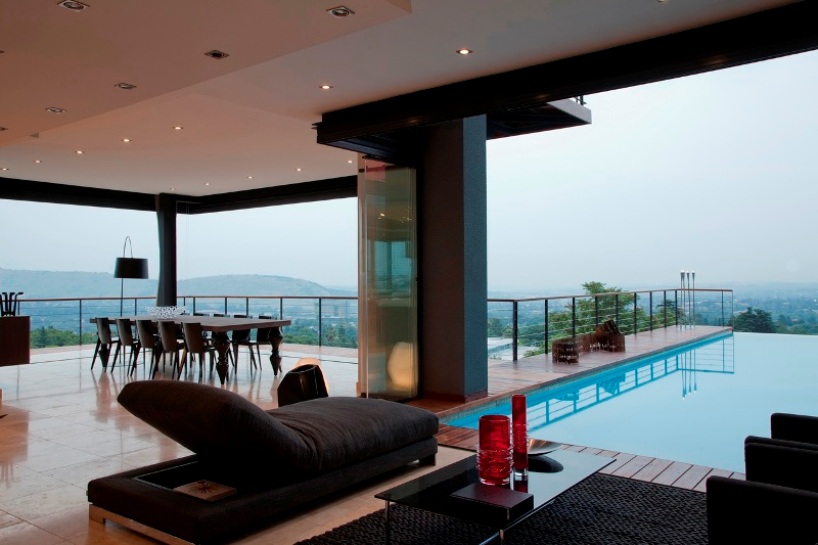 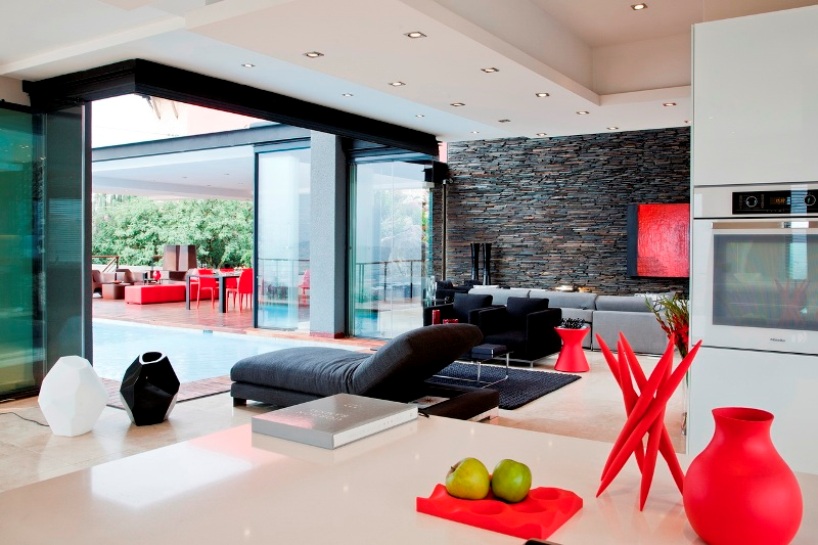 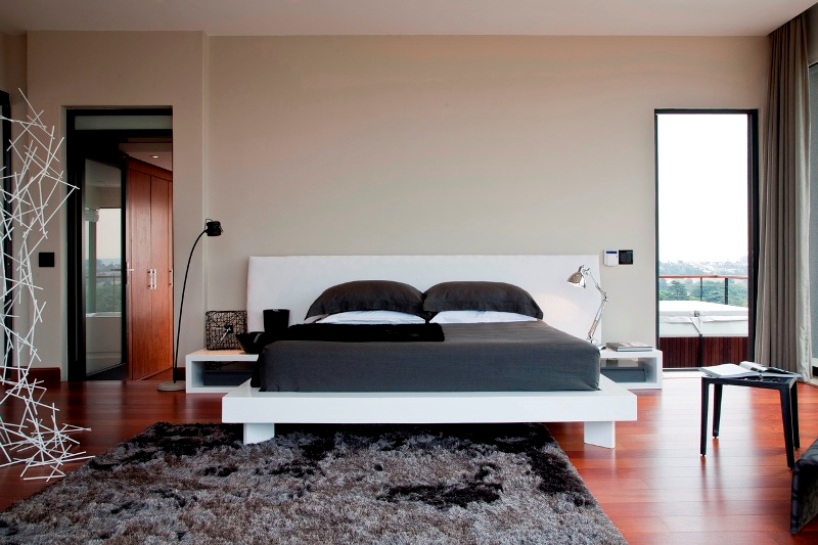 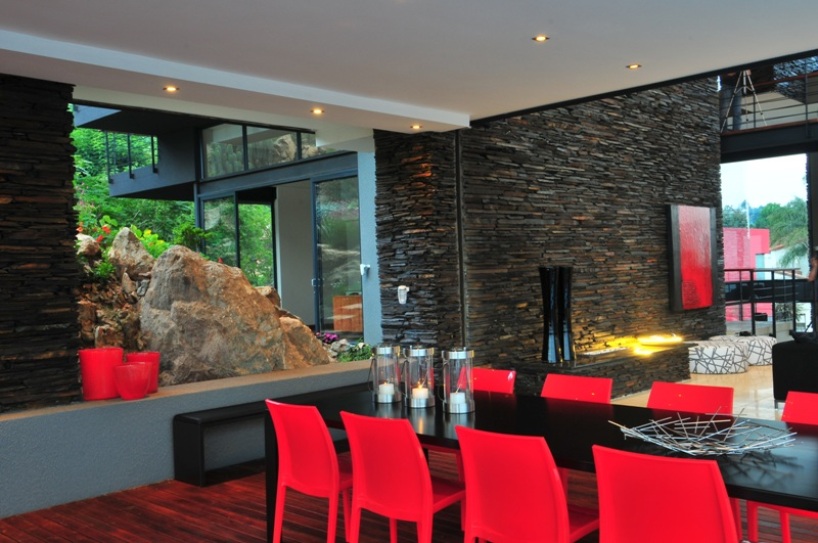 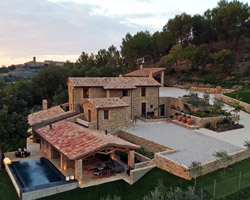 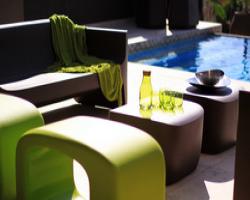 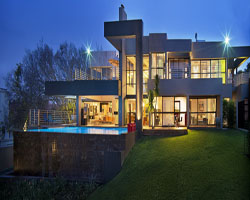 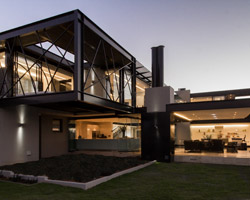