encapsulating the nomadic spirit of its client, ateliér lina bellovicova completes its house LO along the isolated countryside of the czech republic. the client sought to use the space as a winter retreat and photo studio where he might spend dark evenings developing film. the dwelling stands as an introspective cabin built of hempcrete, an unusual material for its context but an expression of the simple and rusticated atmosphere. hempcrete further offers insulating qualities, and is resistant to fire and mold. the material continues to petrify for several years while it draws carbon dioxide from the atmosphere. 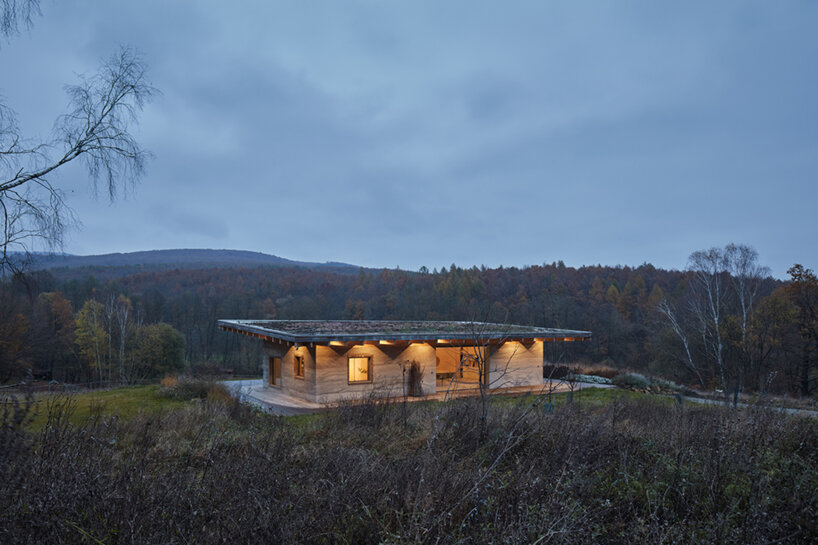 ateliér lina bellovicova curates its house LO as a collection of three elements — two perforated stones and a thin wooden sheet. the living space of the house occupies the void in between the stones. it is separated from the natural surroundings by large sliding windows that allow the space to become part of the outdoors and frame picturesque views. the two stones contain the entrance area, two bedrooms and a bathroom while a photography studio, a club room and service areas occupy the cellar. a large terrace runs around the dwelling, protected from the weather by a dramatic roof overhang. 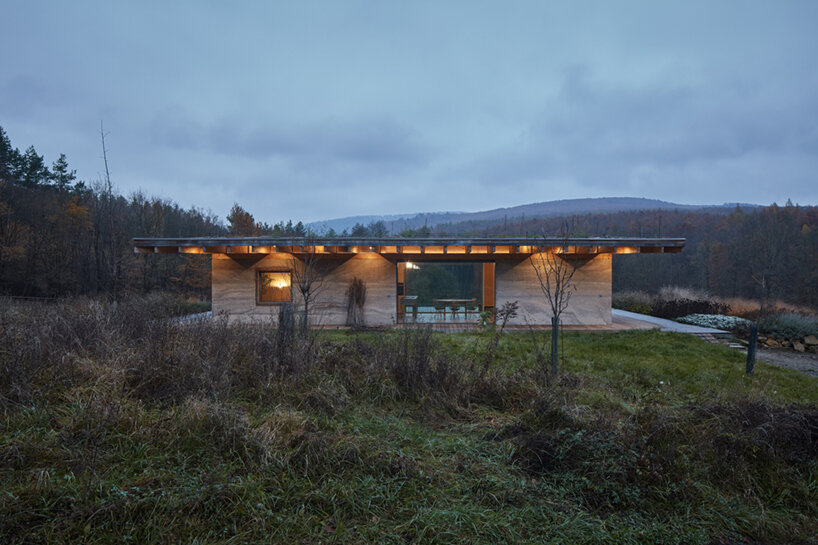 with its protective roof overhang, ateliér lina bellovicova offers the occupant of house LO a partially enclosed terrace to maximize time spent outdoors. the roof is then covered with a carpet of vegetation, so that the dwelling visually integrates with its natural context and is well insulated. the programmatic layout of the compact house is organized with care, ensuring that the space is used to its fullest. the designer comments: ‘the house will gradually become part of the nature. first it will be a home to a family with two children, later become a family summer retreat and even later a comfortable home for an elderly couple.’ 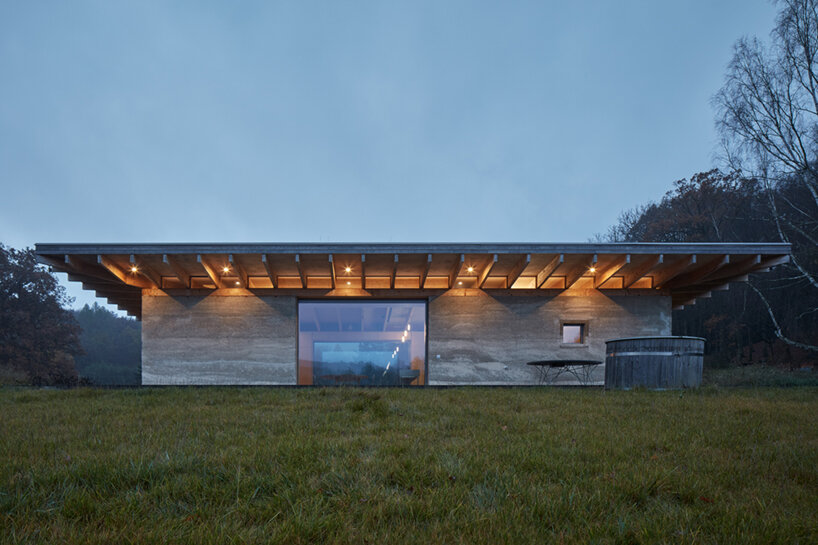 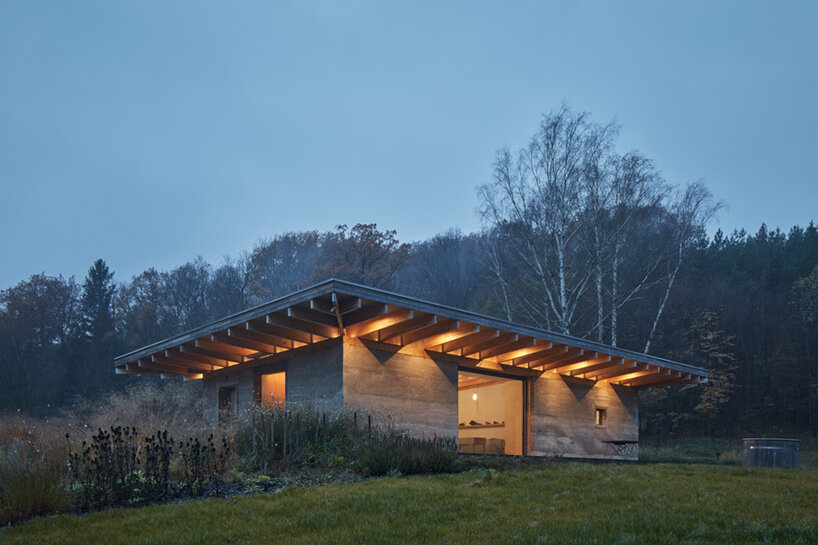 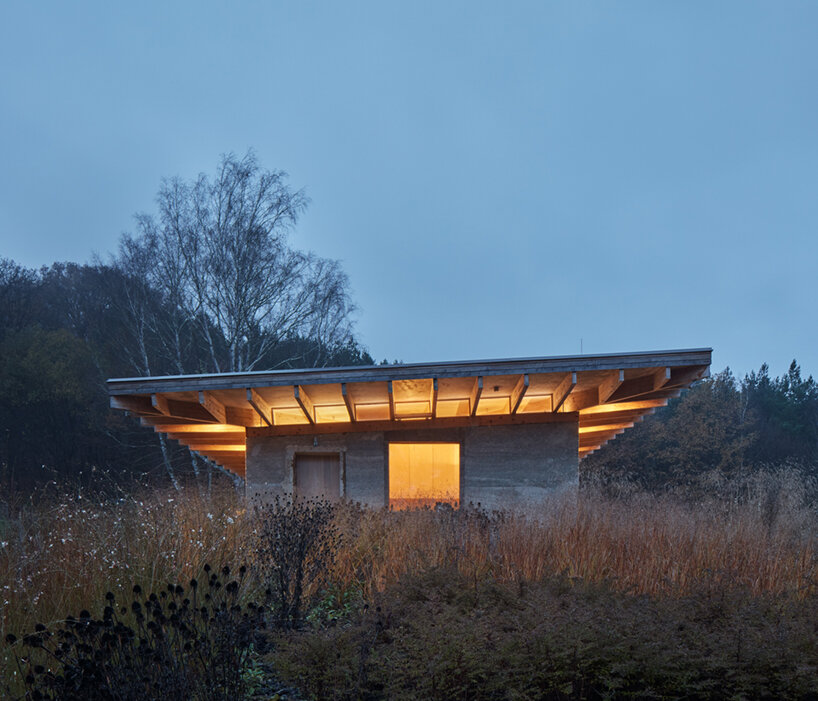 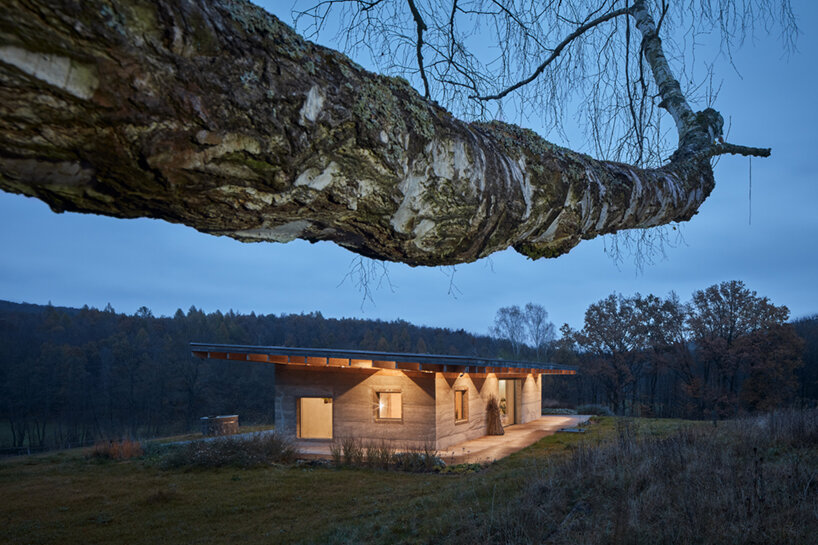 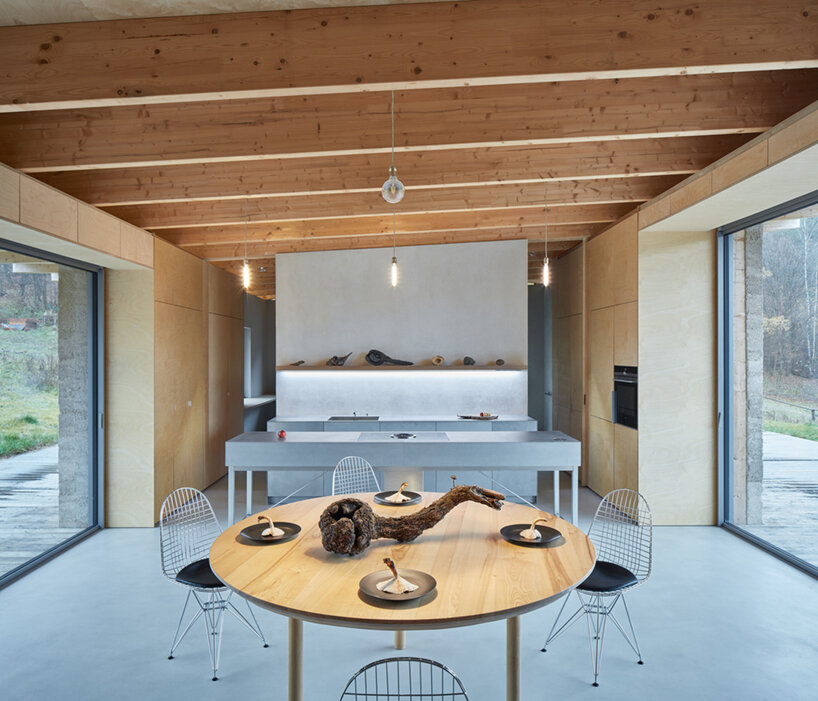 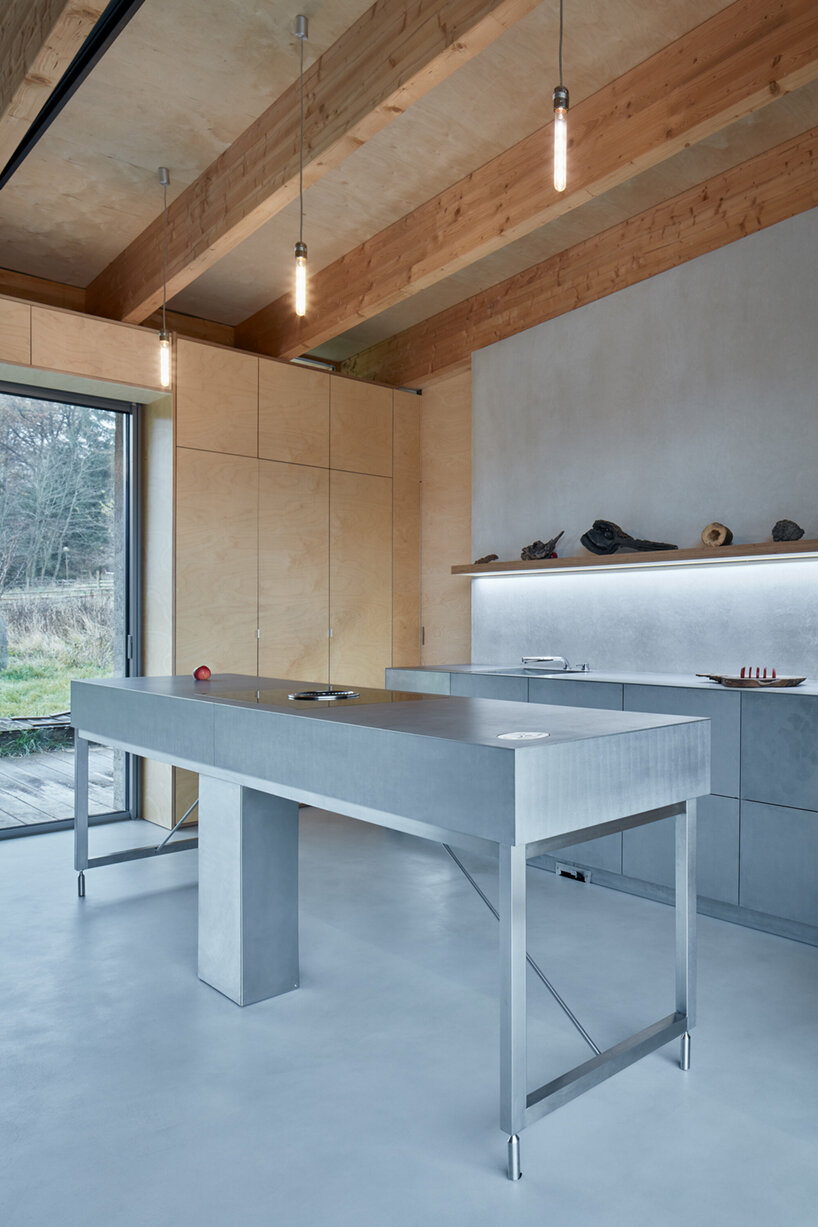 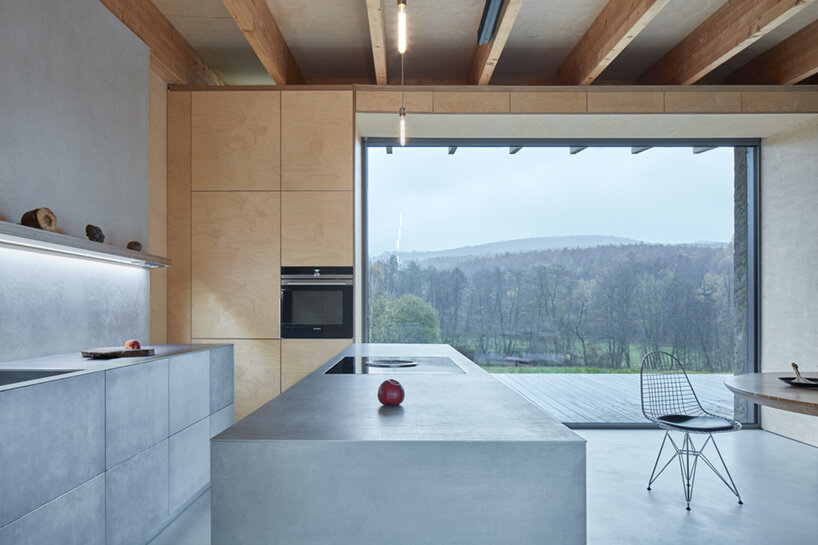 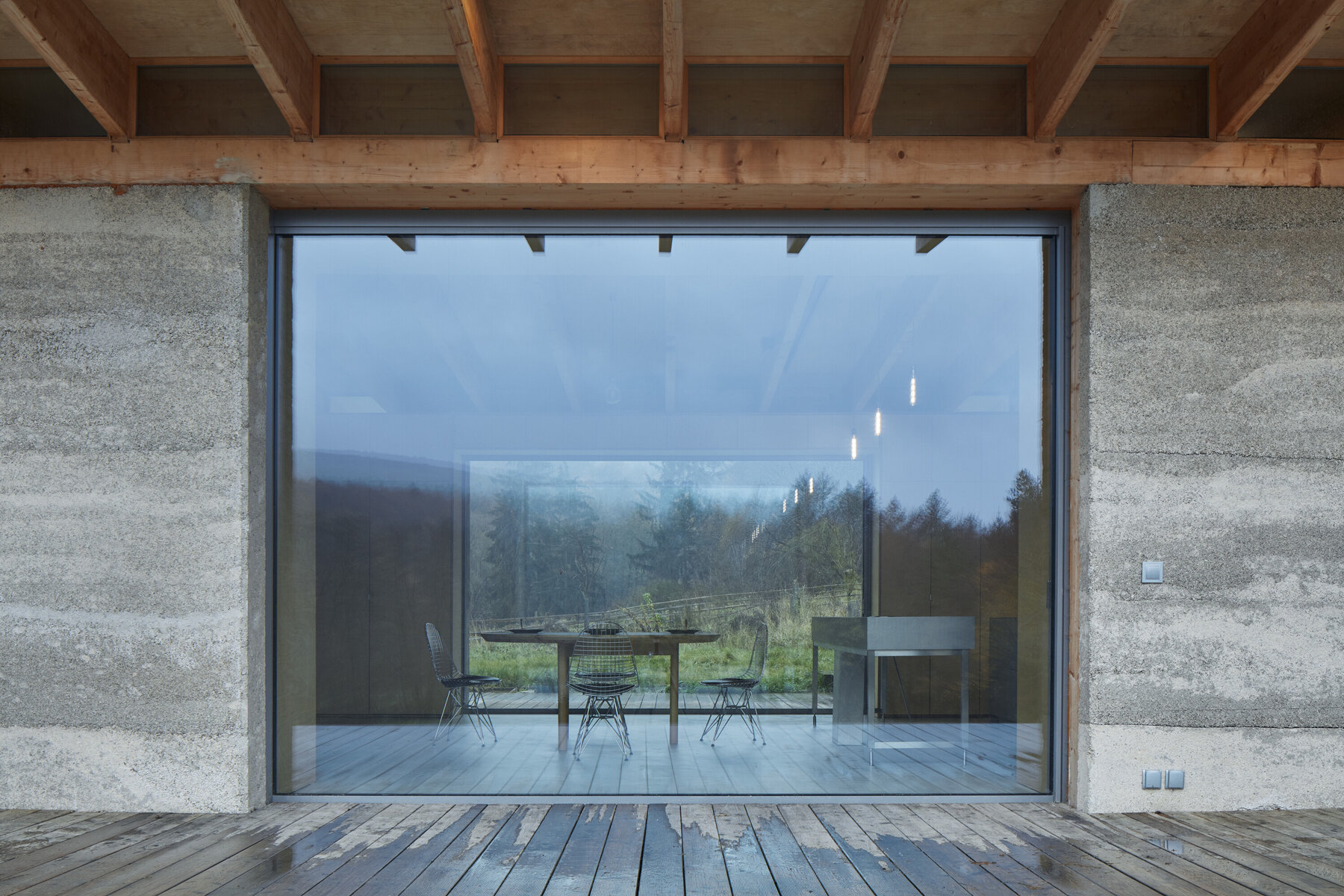 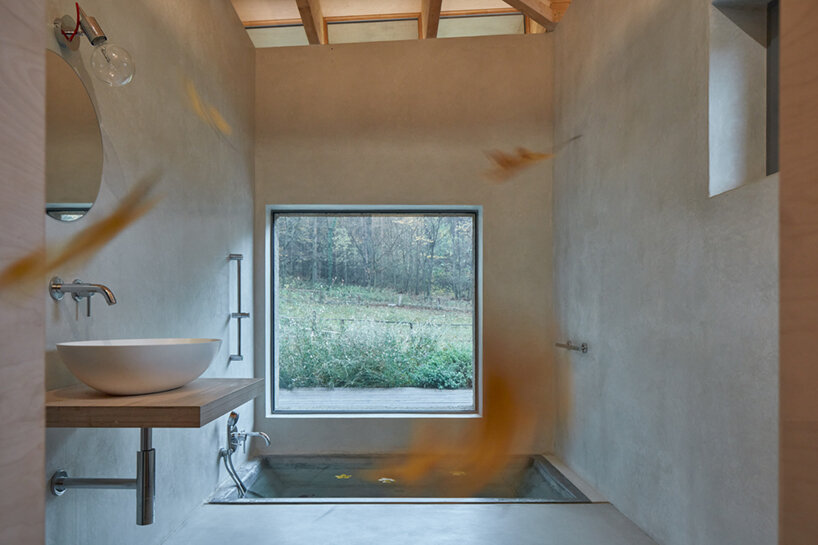 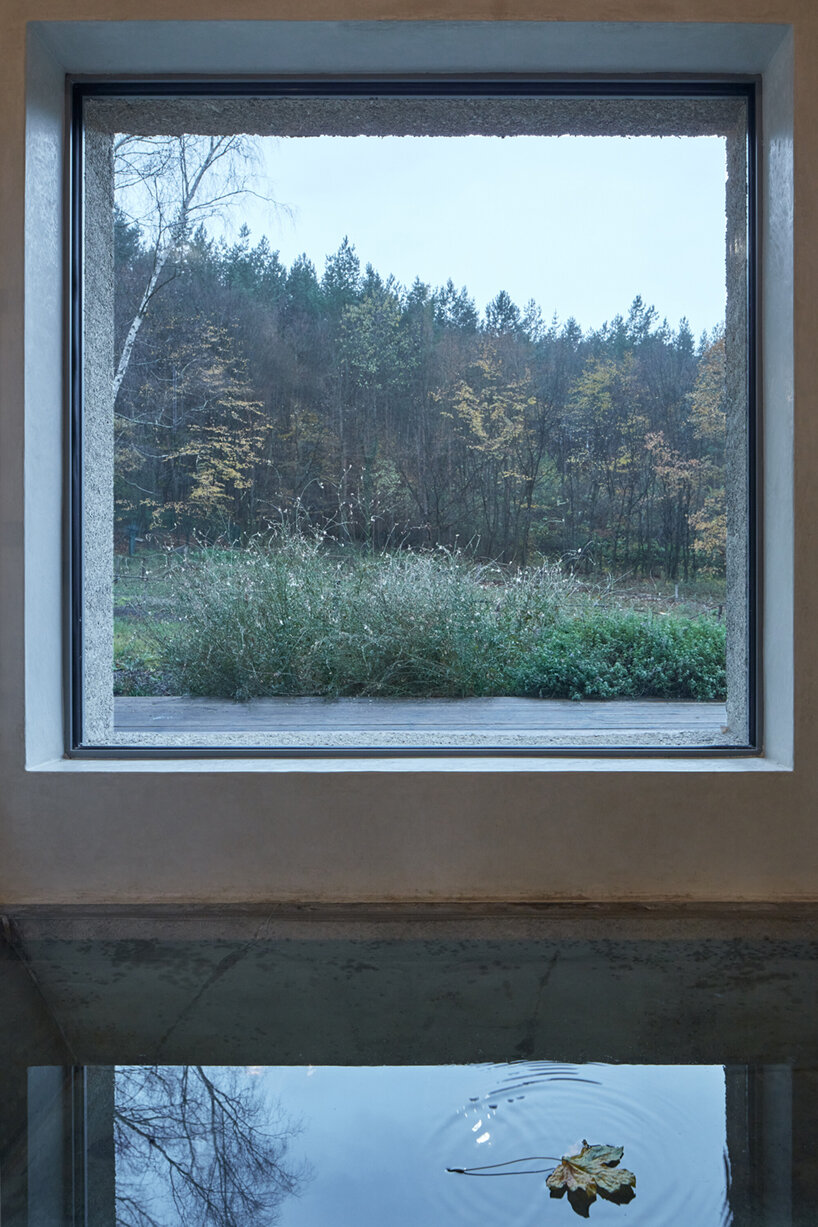 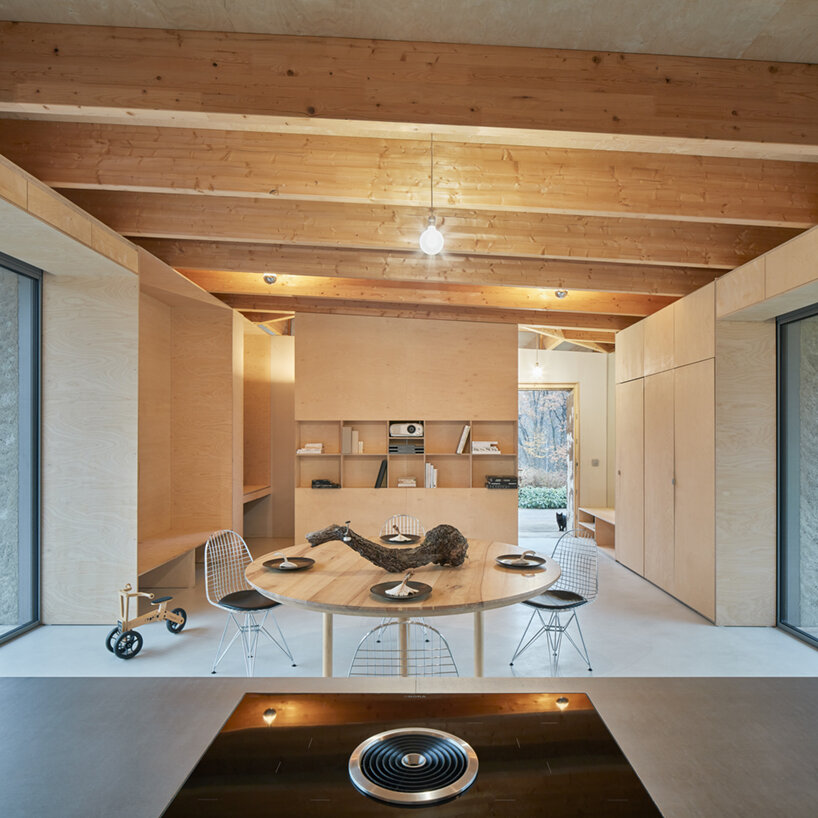 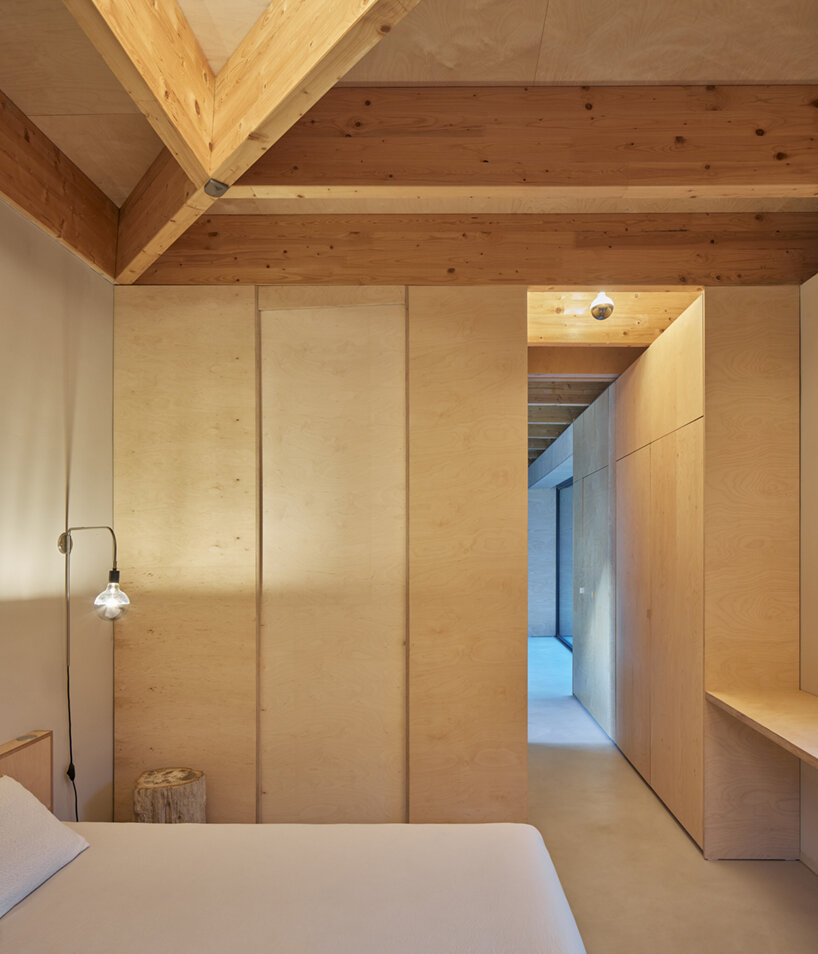 ARCHITECTURE IN THE CZECH REPUBLIC (76) 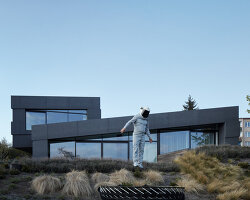 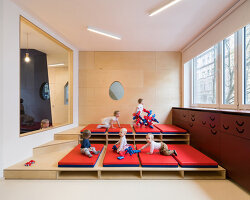 Apr 13, 2021
no architects builds a landscape for adventure in prague nursery renovation 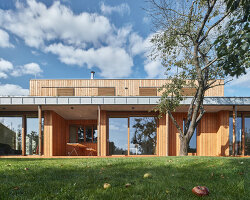 Mar 20, 2021
kaa-studio completes its 'new house in the old garden' in the czech republic

May 08, 2021
a timeline of new york's tallest buildings, from a wooden observatory to one WTC
starting in the mid 1850s, designboom traces the history of the city's skyscrapers.
architecture
688 shares
connections: +1790