house-shaped structure marks the identity of the company

‘with home’ in south korea takes form as a four-storey multi-functional building with a house-shaped structure on the top. the overall structure accommodates the owner’s retail store on the ground level, rental houses on the first and second floor, and the owner’s house above. rieuldorang atelier aimed to design a volume that stands out from the neighboring structures, all the while marking the identity of the company that holds the same name ‘with home’.

the architects had to deal with clear limitations in architectural design that apply to all buildings in the new city. these limitations determine the design that can be approached within the volume, defined by the sunshine boundary and the building-to-land ratio. due to the nature of the narrow site and the aforementioned rules, it is inevitably difficult to assemble an arrangement that pops up from the surrounding volumes, and exactly that was their target.

to that end, the resulting structure presents itself as an open facade wrapped by two continuing curved walls. the curved wall expresses the flexibility of the fabric and at the same time has the inclusiveness that encompasses the entire building. the design team at rieuldorang atelier sought to create a visual play between the structure’s shape and the brand’s name: a home for the ‘with home’ retail space. the building was perceived as a house and showroom taking shape as a pentagonal gable-shaped volume.

‘in general, branding is explained as the process of creating an image of a brand in the minds of customers. from this point of view, the design direction of ‘with home’ can be said to have obtained the effect of architectural branding that reminds people of the image of home fashion. the iconic design, which symbolizes with home’s house, was completed in shape with the effect of architectural branding, and was able to reach the dual goal of a residence like an office building to some extent.’ 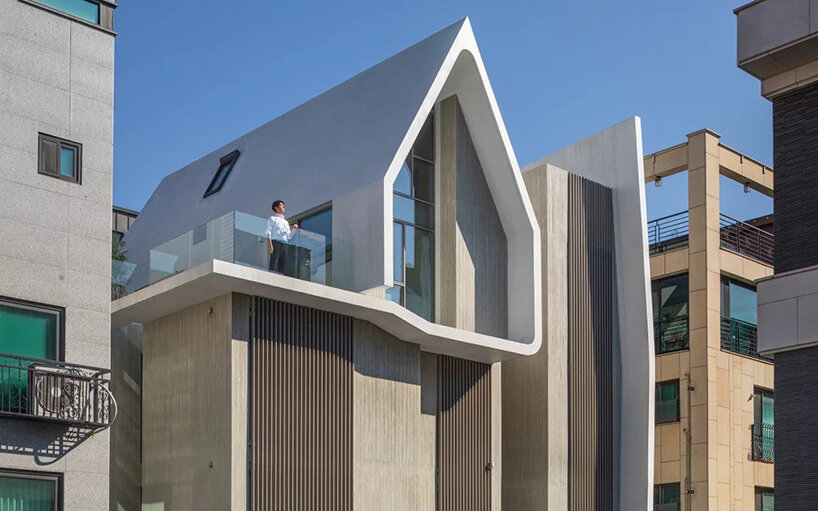 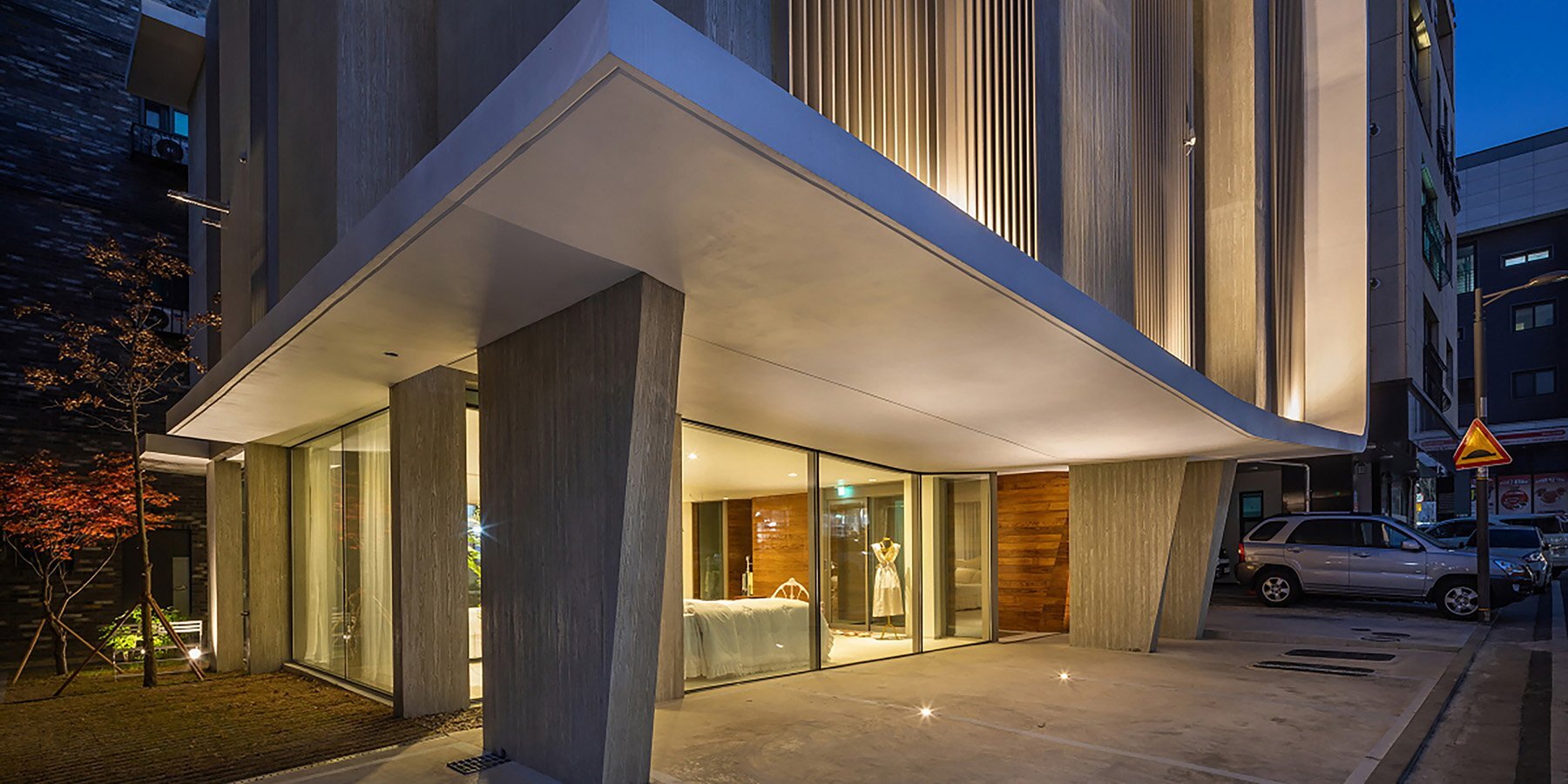 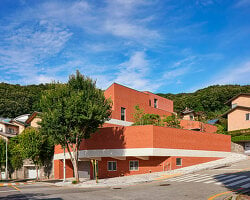 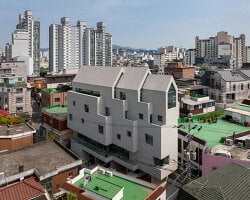 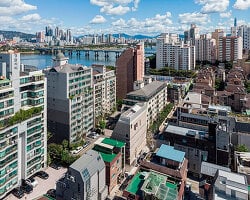 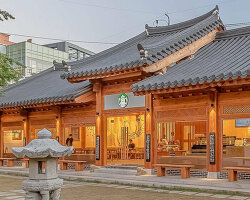 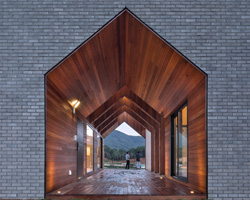