after a 40 year life span as home to sport club internacional, ‘beira-rio stadium’ has been renovated by hype studio architecture. located in porto alegre, brazil, the project is characterized by a roof system composed of 65 steel trusses surrounding the arena, which are wrapped in a PTFE membrane. improvements to the facility included the rebuilding of the lower tier, and the addition of a variety of program such as retail shops, a museum, restaurants, VIP areas, and an entire level of corporate suites. completed in april 2014, with a seating capacity of 51,000, the structure will host 2014 world cup matches. 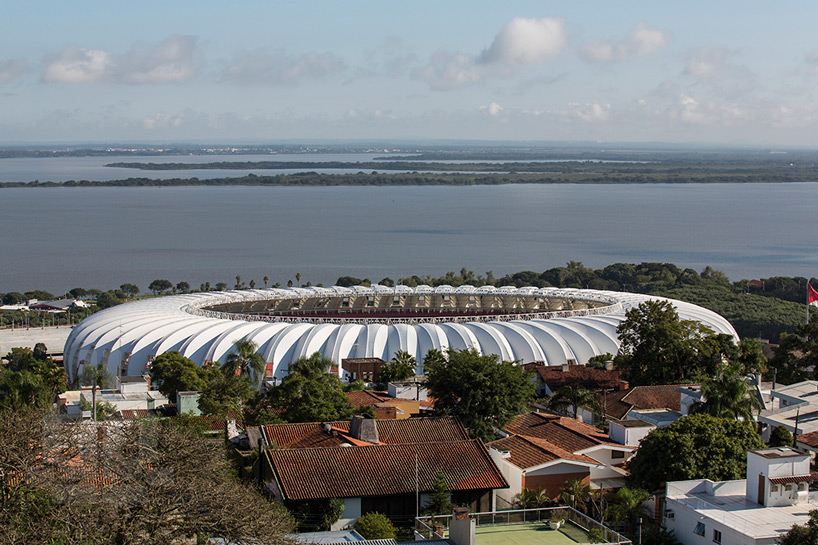 with a prominent and central position in the city, the facility is easily access by public transit as well as walking. the stadium renovation is part of an overall urban master plan for the surrounding area, which includes a garage structure, hotel, commercial buildings, a convention center, and the improvement of gigantinho arena. 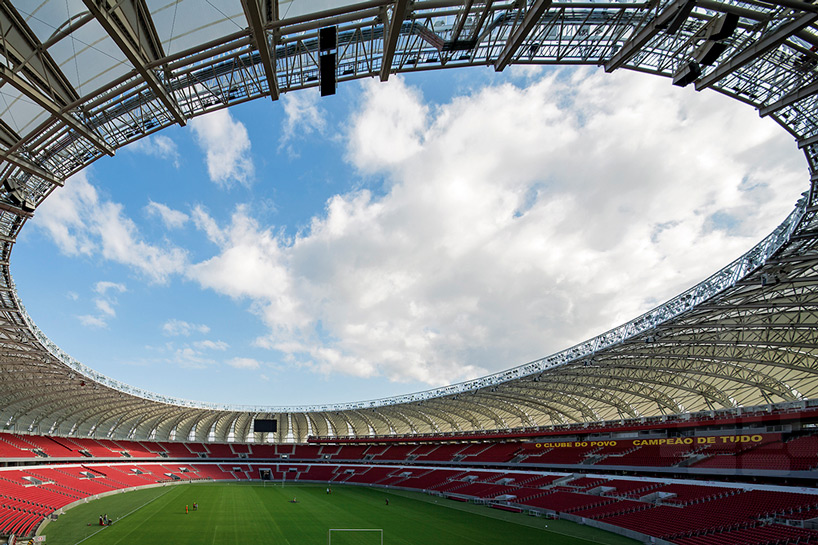 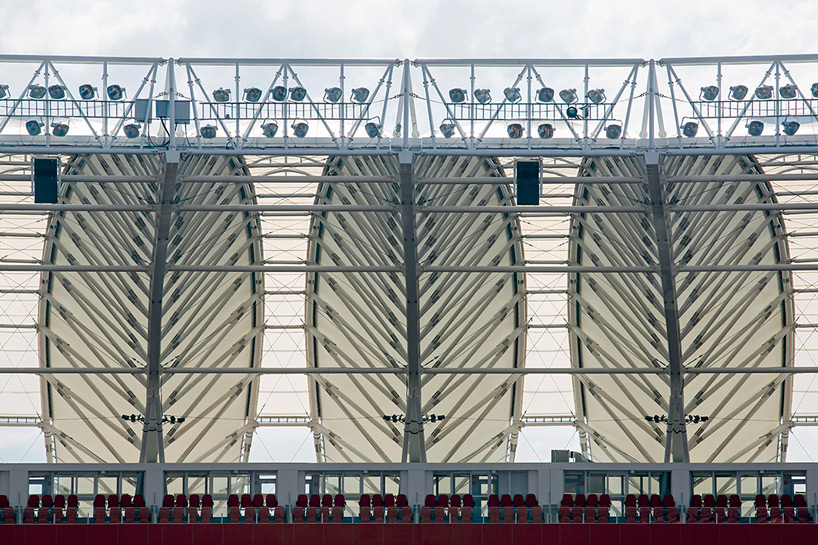 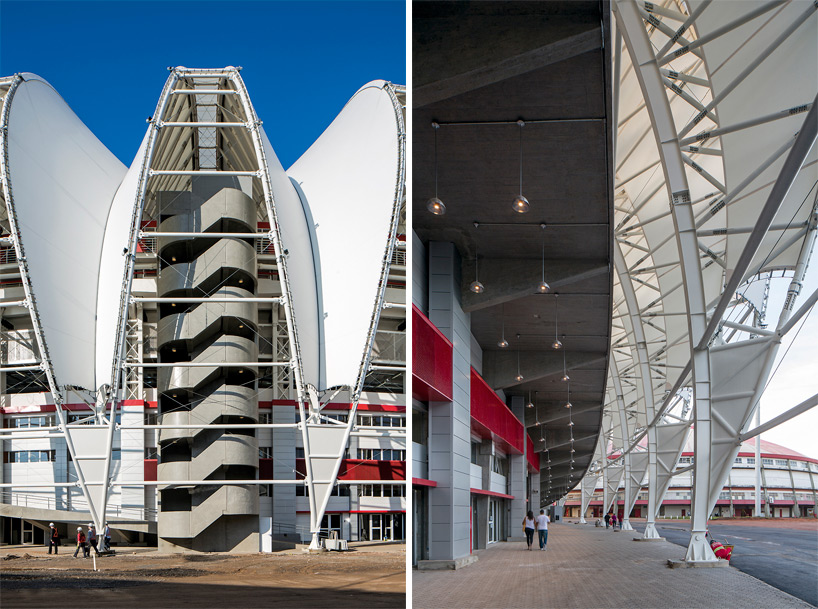 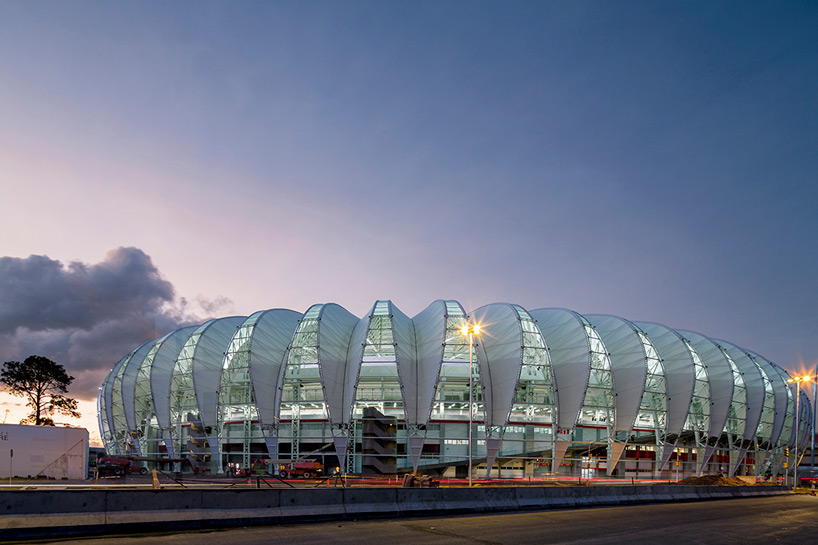 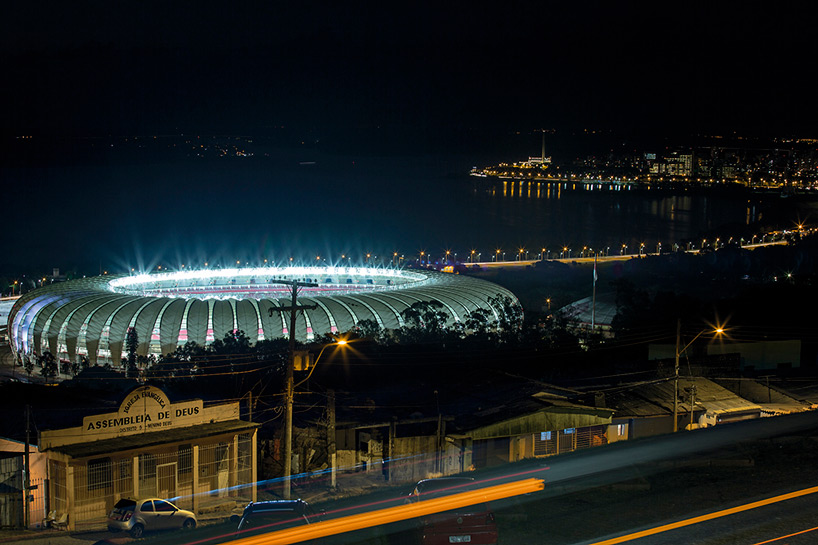 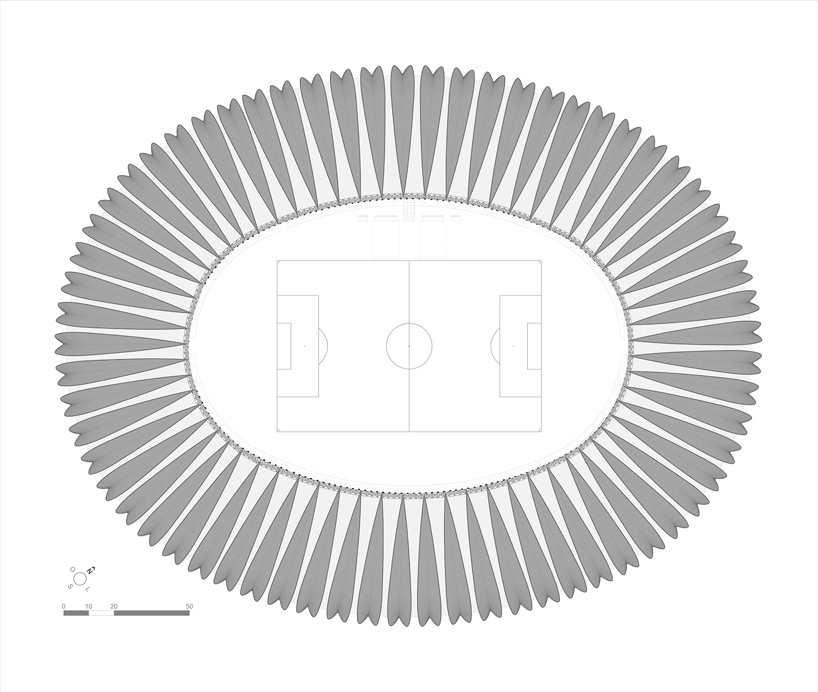 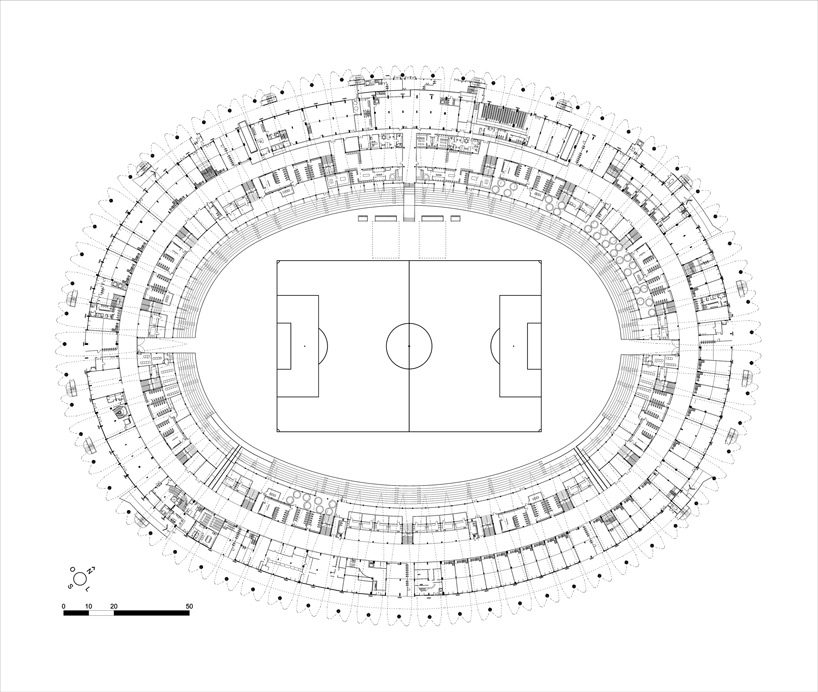 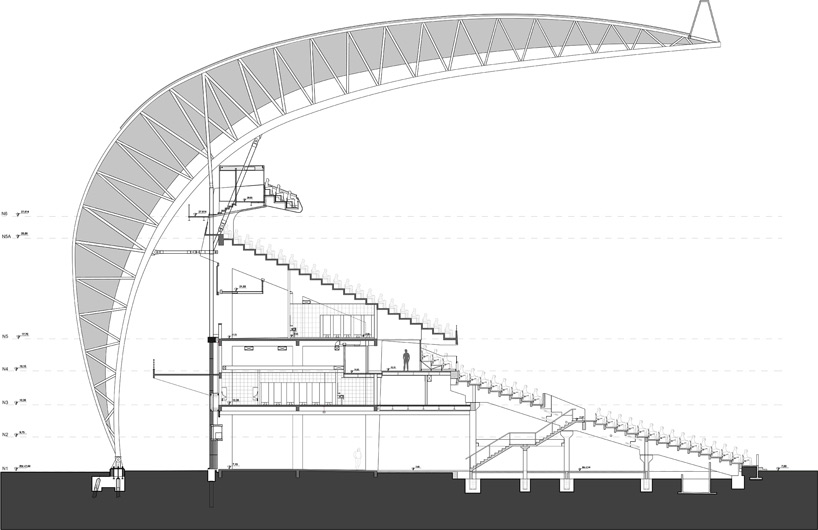