as countries continue to invest in high-speed rail networks, the scheme aims to resolve inevitable challenges that cities will face by the year 2075. the designers envision that the population of the future will gravitate towards huge urban metropolises as the demand for goods, natural resources, foods, fuel and land increases dramatically. in an attempt to solve this problem, the proposal considers the role that rapid transportation can play in the city of the future. 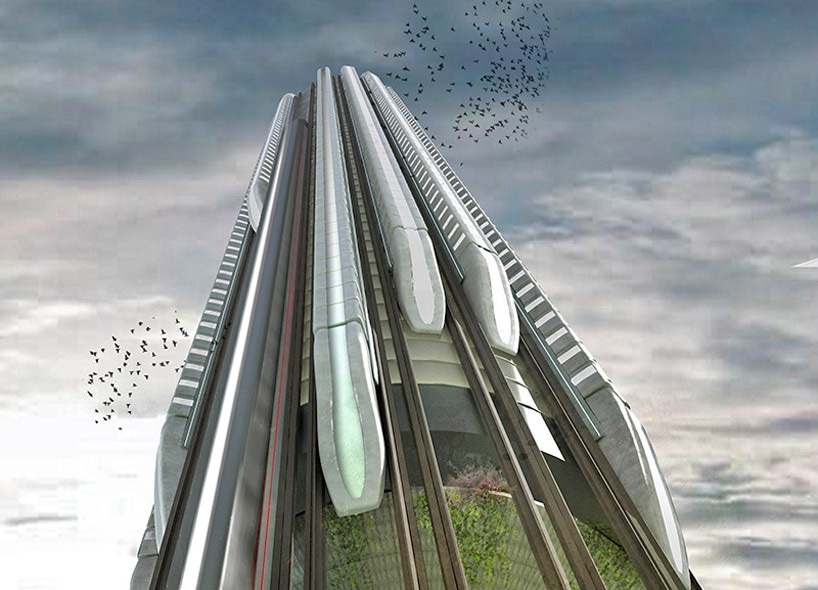 as well as reducing carbon dioxide emissions, the scheme increases energy security, and re-imagines the world of international business and trading. the project will become a ‘modular’ piece of infrastructure that can be implemented to support any city around the world. connecting to a new hyper-speed under and over ground network, the trains cover an average distance of 300 miles in 30 minutes.

the project flips the traditional form of station designs vertically, reforming it into a cylindrical mass

replacing existing railway terminals, the project flips the traditional form and function of the current station designs vertically, reforming them into cylindrical masses in order to increase the towers’ capacity. the form of the building minimizes land use within cities, with the remaining ground surrounding the tower forming a large urban park, which leads towards to the base of the hub. 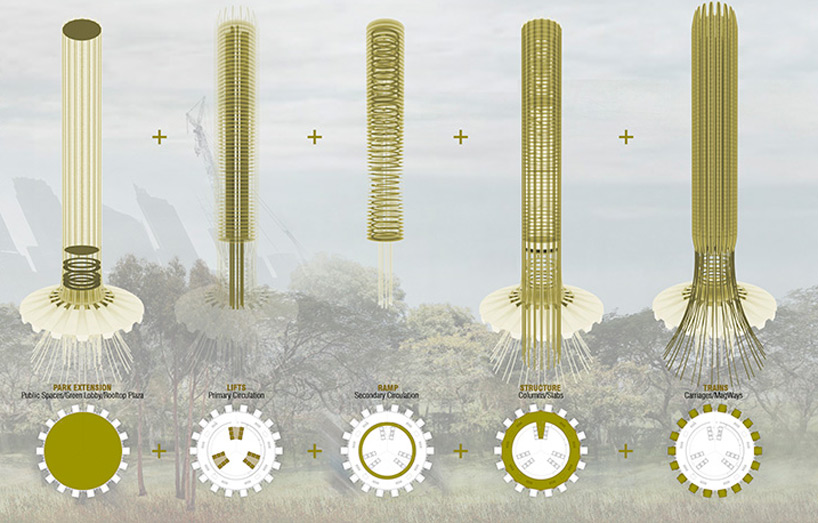 the construction of the modular towers

passengers arrive into the main lobby, ascending through the atrium towards their platform and respective carriage. the moving trains create a dynamic façade that continuously evolves throughout the day. as the train transitions from its horizontal position and ascends up the façade vertically, the carriages pivot in a manner similar to a ferris wheel. this allows passengers to remain in an upright position facing towards the city. the train’s coaches are supported by a magnetic structure, eliminating the need for rails.